What are you doing?

Okay, fine. Not the picking my nose part. But the rest is pretty accurate.

I don't know if I've told you this or not, but our new home in the Pacific Northwest is smack dab in the middle of orchard country. In fact, one of the biggest fruit growers in the entire world is just right across the hill. Back in my high school days, I spent the hot, sunny days of summer swamping cherries amongst those orchards. We're blessed to be almost completely surrounded by orchards – pear, peach, apple, and cherry trees litter the landscape. Perfectly grown in straight lines. I love looking over them from our house on the hilltop.

I've been blessed to stay friends with the orchardist that I long ago worked for (okay fine, ten years isn't that long ago, but it seems like a lot time) and a few days he showed up at my doorstep with forty pounds of freshly picked Lapin cherries. Freshly picked as in, literally, they were just picked. There were still even a few leaves amongst those delicious red morsels of deliciousness. I remember being stern with the pickers about picking too many leaves into their bins, so as I sat sorting the few leaves out of the lugs of cherries, I had to chuckle. 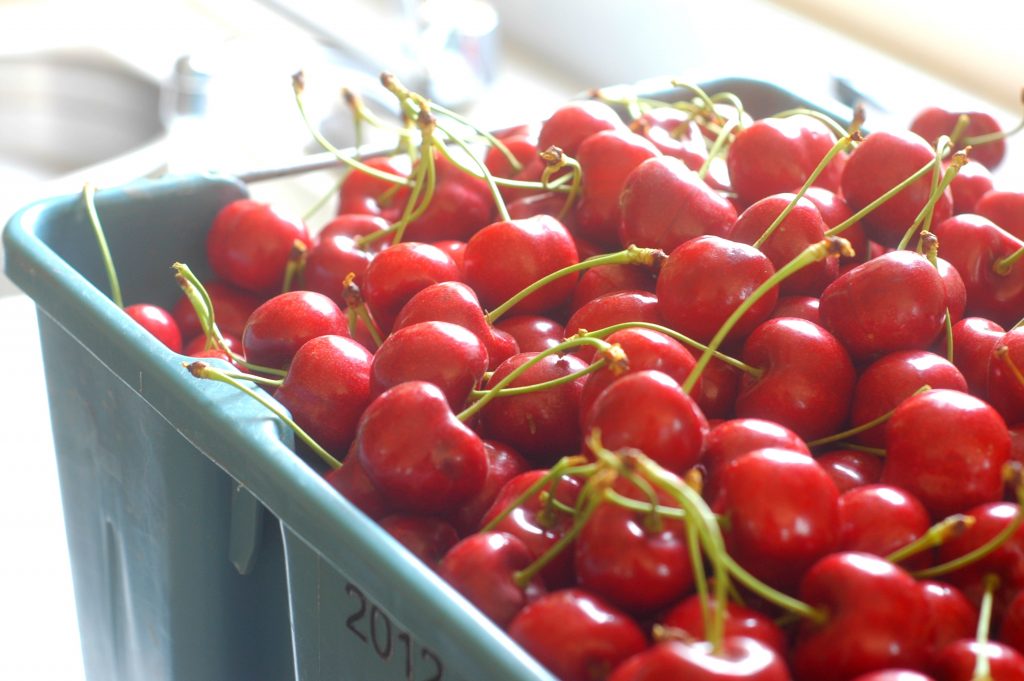 The cherries had been delivered upon my request. While I'd already canned cherries (in a extra light syrup of water and rapadura), I had yet to dehydrate any. And I LOVE dehydrated cherries. We use them just like raisins in salads, cookies, granola, and as snacks. Now that we're back in Washington, the idea of stocking up summer's bounty for winter makes all the more sense. Once winter hits around here, we're in hibernation mode until late spring – long gone are the extended growing seasons of Southern Alabama. Preserving our food now enables us to enjoy high quality goods all through that dull and lifeless winter period.

Before we utilize fruit in vegetables in any way, we are always careful to wash it. Especially fruits and vegetables that we'll be eating raw (like the bowl full of cherries sitting next to me at the moment…). Finding organic produce locally (and at an affordable price) isn't always an option. But so what! I'd much rather purchase conventional cherries from the farmer a mile up the road than be eating imported organic cherries from South America. It's also very quick and easy to whip up a homemade produce wash that will help to remove any bacteria or pesticide residue left on the produce.

So into the sink went my first twenty pound of Lapin cherries. 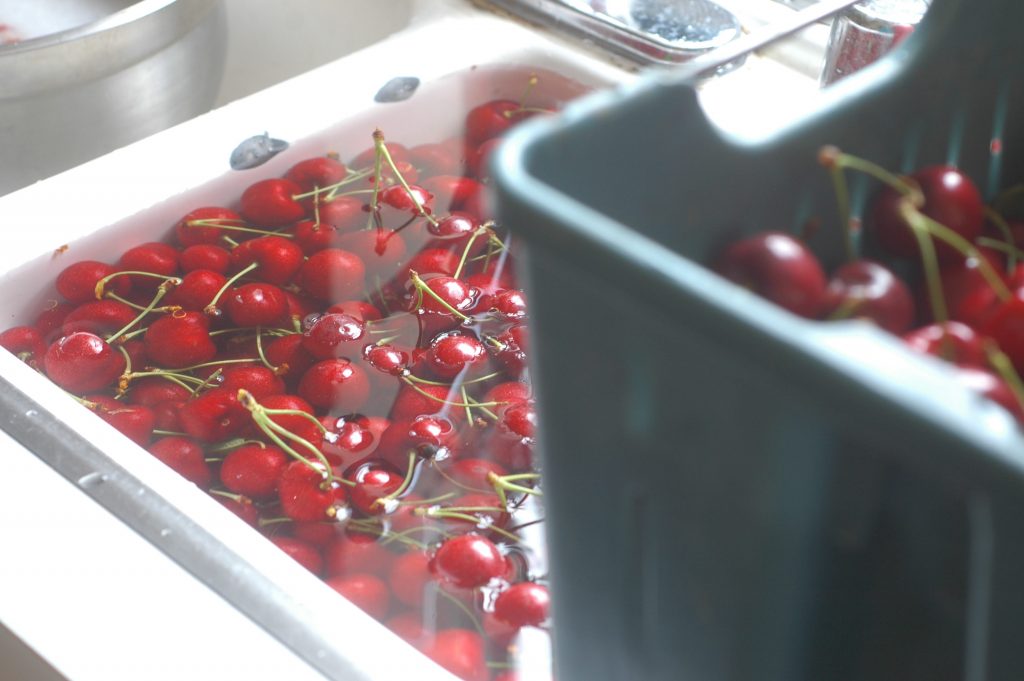 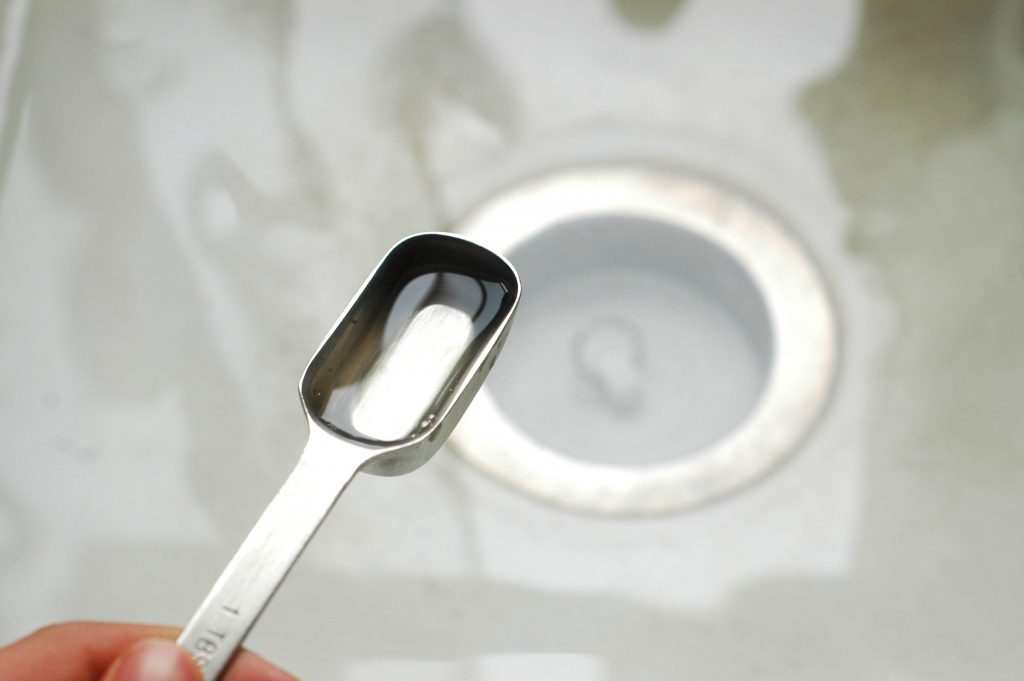 Step One: Fill a sink or large bowl with the water. Mix in the hydrogen peroxide, vinegar, and dish soap.

Step Two: Submerge the produce in the water. Allow it to soak for 5-10 minutes. 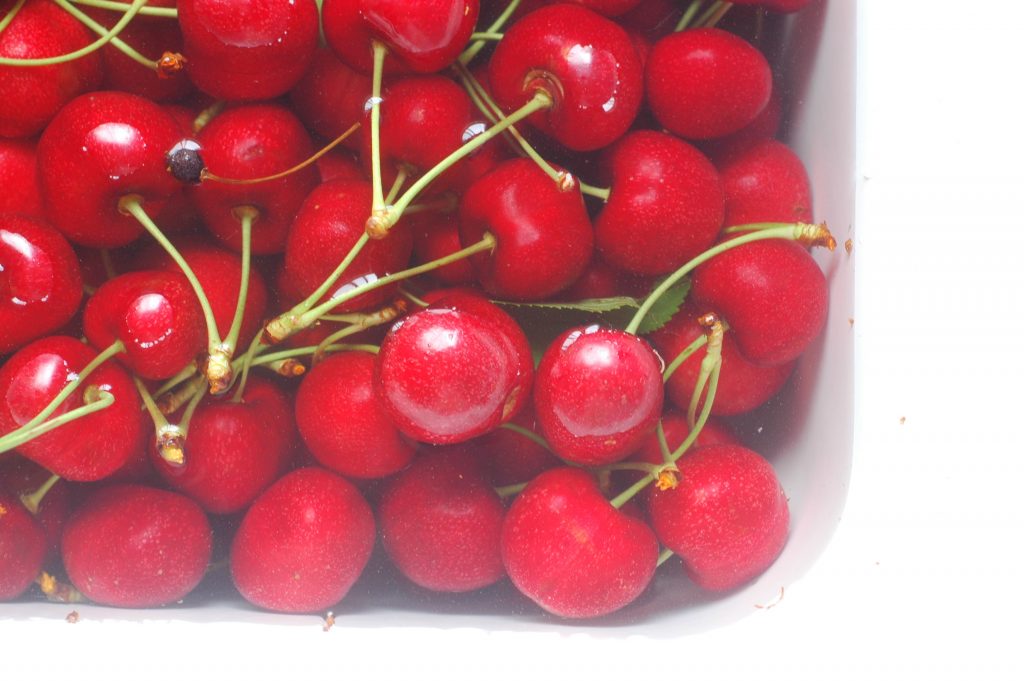 Step Three: Gently massage the produce with your hands (or a soft produce brush) to help loosen any grim or grit still left on the produce.

Step Four: Rinse. Set on one of these super cool tea towels (for some reason, when I use them, I feel like my life is in order and organized. I think it's the white color. I also think I need to purchase about six dozen more.). 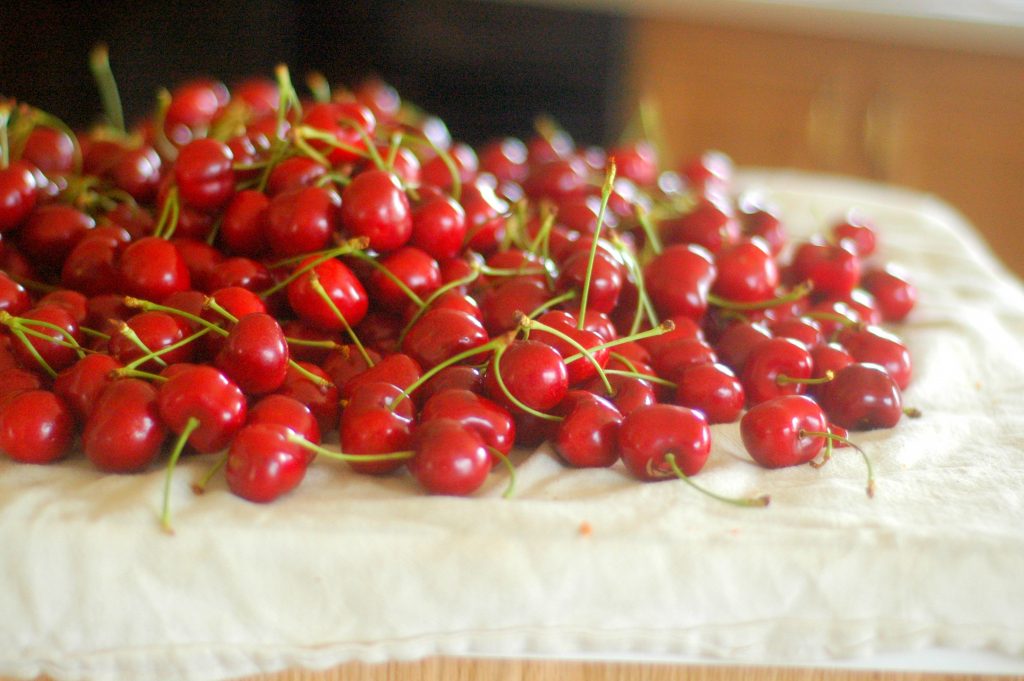 The acid in the vinegar helps to break down the pesticide residue and wax on the produce. It also creates an environment that bacteria doesn't like. Acidic environment = angry, dead bacteria. The dish soap also helps to break up the waxy residue of pesticides. No amount of washing will remove all the pesticides on produce, but it's still a great way to help avoid over-exposure and cross- contamination. 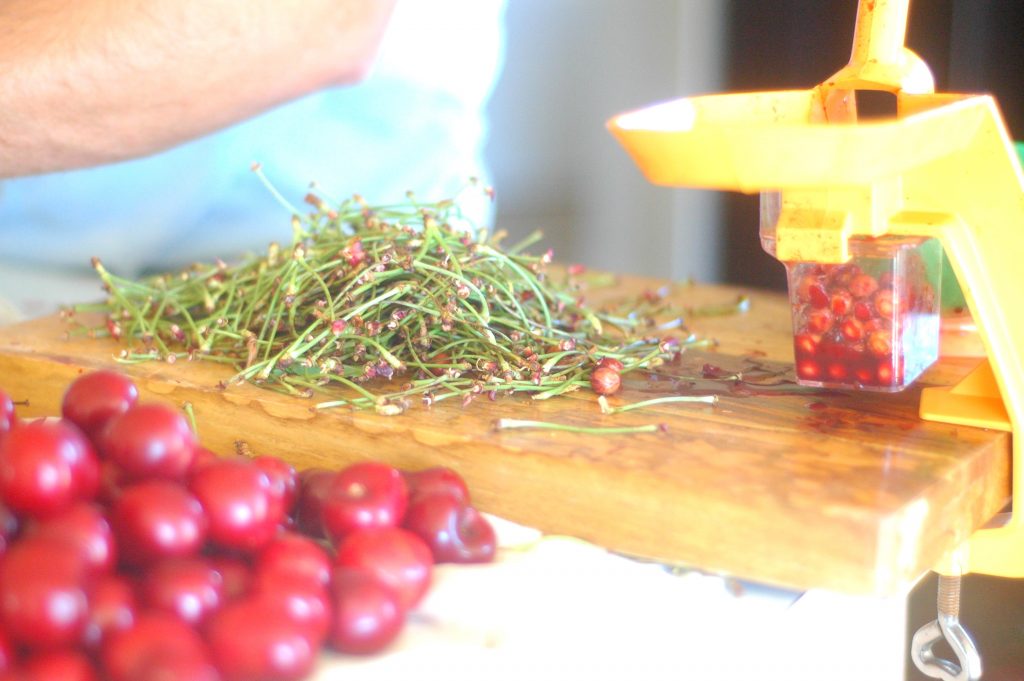 After my cherries were washed, I got to work pitting them (using a great tool that was gifted to me a few years ago) and laying them out in an even layer on our dehydrator trays. Whole cherries take a long time to dehydrate (like 24-36 hours) but it's very passive labor. An hour of washing, pitting and laying out the cherries is a small sacrifice to invest in the joy that dehydrated cherries can bring. 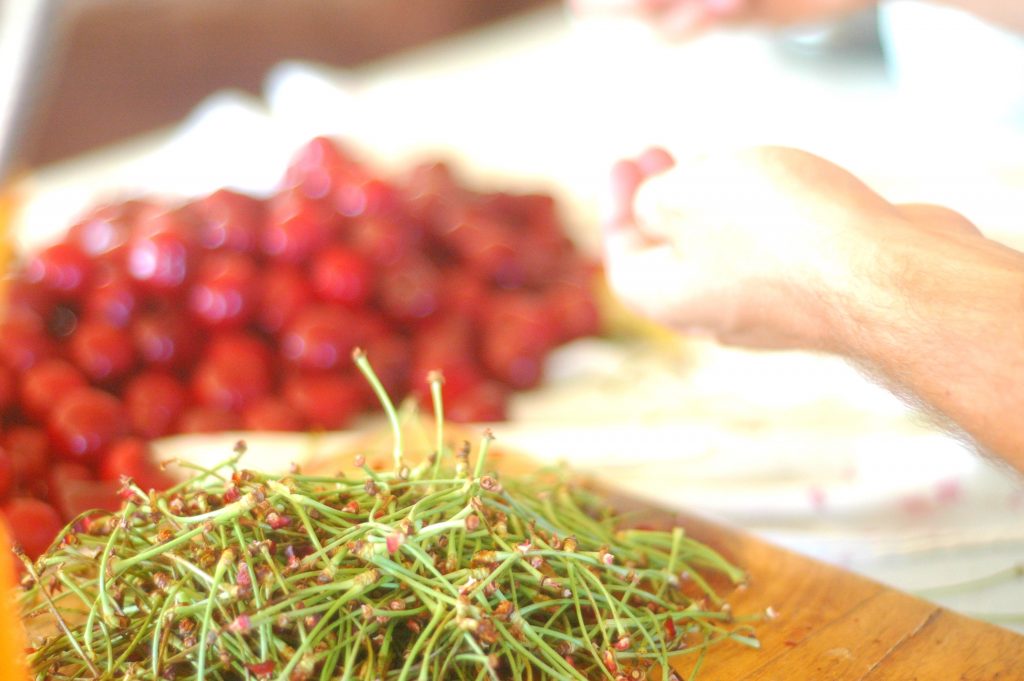 As I placed the last tray of cherries in my dehydrator, I felt quite proud of my accomplishment. It's so fun to see that much fresh produce put up for winter! And please don't judge the dirtiness of my dehydrator trays. They're not “dirty” they're just sticky with fruit goo. And since fruit goo is harmless, I choose to only wash it at the end of dehydrating season. What-ev. 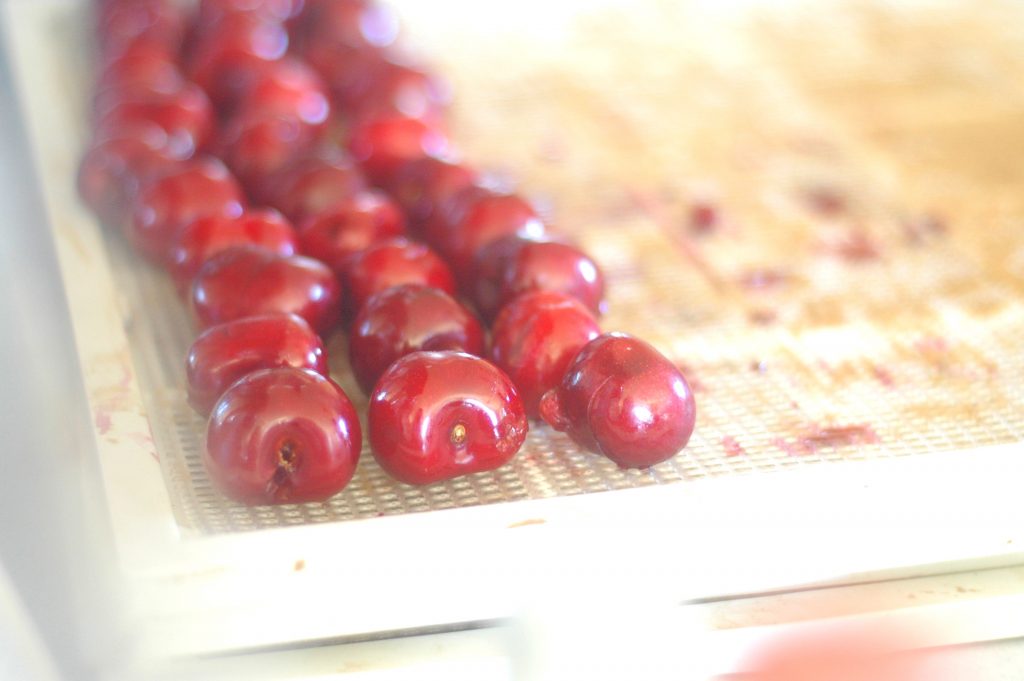 A few minutes after clean up began, I got another phone call from the orchardist who had brought me the cherries. They'd just picked freezer/canning/jelly cherries (a variety known as Black Republicans) and wanted to know if I was interested in a lug of 'em.

How's a homesteader supposed to say no to that?!

So now I sit here, repeating the washing and pitting process, as I prepare to explore a variety of cherry goods. Cherry jam. Lacto-fermented cherry chutney. Frozen cherries.

See how exciting it can get on Beatha Fonn? The fun never stops!

I couldn't be happier.

Summer bounty brings me such joy! 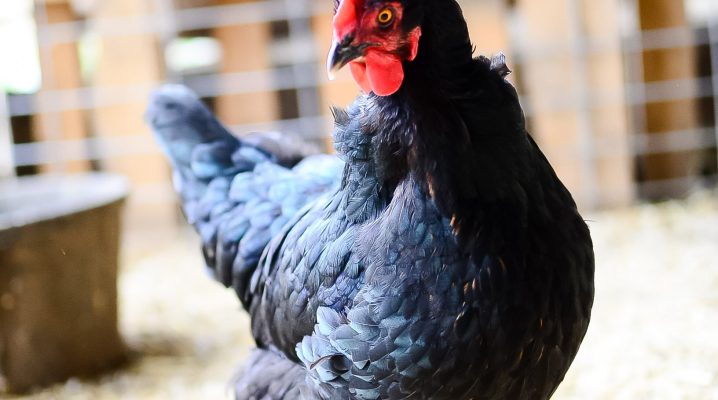 Culling Old Laying Hens: What to look for and why we do it.

Culling old laying hens is not the easiest task on the farm. Heck, are there any easy tasks on the farm? (Shaye reflects… Shaye realizes that no, there aren’t any… 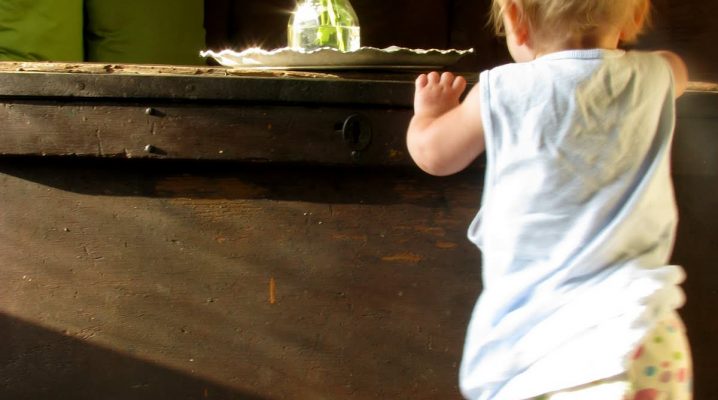 Oh man.Oh man.  Oh man.  Oh man.Something has happened this past week that has blown me out of the water.  I never though I’d see the day…That was an exaggeration…. 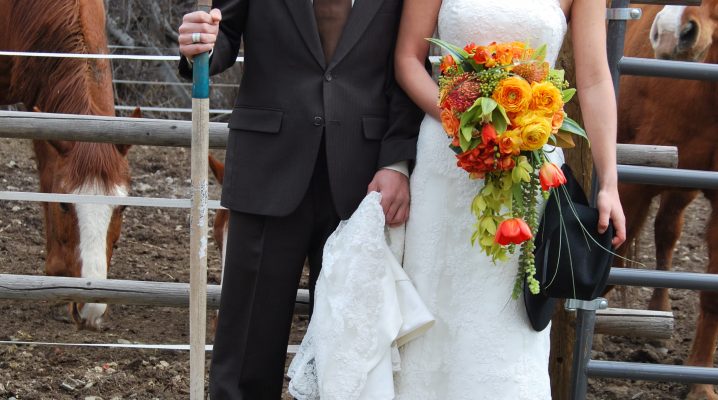 As the soup flys.

Yesterday, Stuart and I celebrated our 4th anniversary. Whoop whoop! Four years, my friends. A good celebration, indeed! The irony was, however, that we really didn’t celebrate it. Because he…