I may be no pro, but I'm at least somewhat an old(er…ish) hat at raising meat chickens this go round. This past weekend, we welcomed our fourth batch of meat birds to the homestead. Because Mama's gotta have her chicken, man.

I won't say that I particularly love raising meat chickens. Fine. I'll say it. Meat chickens, even raised in the best of conditions, are still pretty gross. They're all fat… and feathery… and poopy and stuff.

I've learned a few important lessons in raising these birds, primarily (as these homesteading things go…) from my mistakes. Mistakes are, horribly so, the best teachers. And lest you think I'm all high-and-mighty, I'm still making plenty of mistakes, let's all be clear about that.

I've said goodbye to way too many animals over the past few weeks.

What You Need To Know Before You Raise Them

Seriously. Like really, really, really stupid. Like that little bowl of fresh milk you put in as a treat that's, like, .192 of an inch deep? They'll drown in that.

That flake of hay you're using as their bedding? They'll get stuck under that and die.

That feeder with an open top? One will fall in and get stuck.

That extra feed bucket you left by their pen? One will flip it over, get stuck underneath it, and become your pet meat chicken named Leonard because you feel so guilty for letting him be stuck under that bucket for 2 days.

When one is raising meat chickens, one most ask themselves: If I was really, really, really stupid, what could I possible do to kill myself? … and then remedy those problems.

This includes, but is not limited to: bedding, waterers, feeders, doors, fencing, bowls, and the like. Expect them to blow your mind with their stupidness, and plan for that.

2. They have no natural defenses.

Ah, the poor domesticated chicken. Practically flightless. Practically fightless. It's got no goods, man. (That's not to say a pecking chicken couldn't cause ahem, someone, to drop a bucket of eggs when it scared her.) But really, unless you're a field mouse or an insect that moves less than .0000001 miles per hour, you're probably pretty safe from an immature meat chicken.

This sort of plays on number one above, but it's still important to note. Last year, we lost over half of our chicken flock to one owl in one night. Even though our pen was completely closed in, the owl tore the netting at a weak point and was able to break the neck of over twenty birds (they're ruthless hunters, those owls). All that to say, you've got to protect the birds because they can't do it for themselves.

Over protect. Protect to the max. Utilize every protection method you can… and then some. If anything gets into the meat chicken pen or tractor (weasels, snakes, raccoons, dogs, owls, etc.) your birds are done for. The only protection is prevention.

That is, it takes them a lot of food to gain. And the bugger about meat birds is that they grow primarily off of protein. Unlike ruminants (such as cows) that can fatten on grass, chickens require a much “richer” diet. This, my friends, is why chicken has never historically been peasant food. At least not fattened chicken (an old laying hen or rouge rooster, perhaps). Yes, chickens are quite expensive to fatten because protein is expensive. At least when you're talking about commercial feeds. The higher the protein, the higher the dollar point.

That being said, there are creative ways around those higher protein feeds which are worth the time to explore. This includes worm farms, soldier fly larva, compost piles, and meat/feed scraps. Though we're still working on developing a sustainable and permanent solution on our farm, last year, we were able to cut our feed bill significantly by supplementing our meat birds with a few gallons of raw milk each day. Our cow, Sally, was giving us 5 gallons/day last summer and it was more than we could possibly drink. The extra or old milk was given to the meat birds in a regular ‘ol waterer (Remember, no bowls! They'll drown!) and they loved it. Sal's milk is over 30% cream. Who wouldn't?

Point being, get creative and fattened chicken can be on the menu without breakin' the bank, man.

4. You should utilize the entire harvest.

One of the best ways to raise meat chickens in a cost-effective way is to utilize the entire bird. When we butcher (you can read how we do it here), we use every last scrap of 'em. 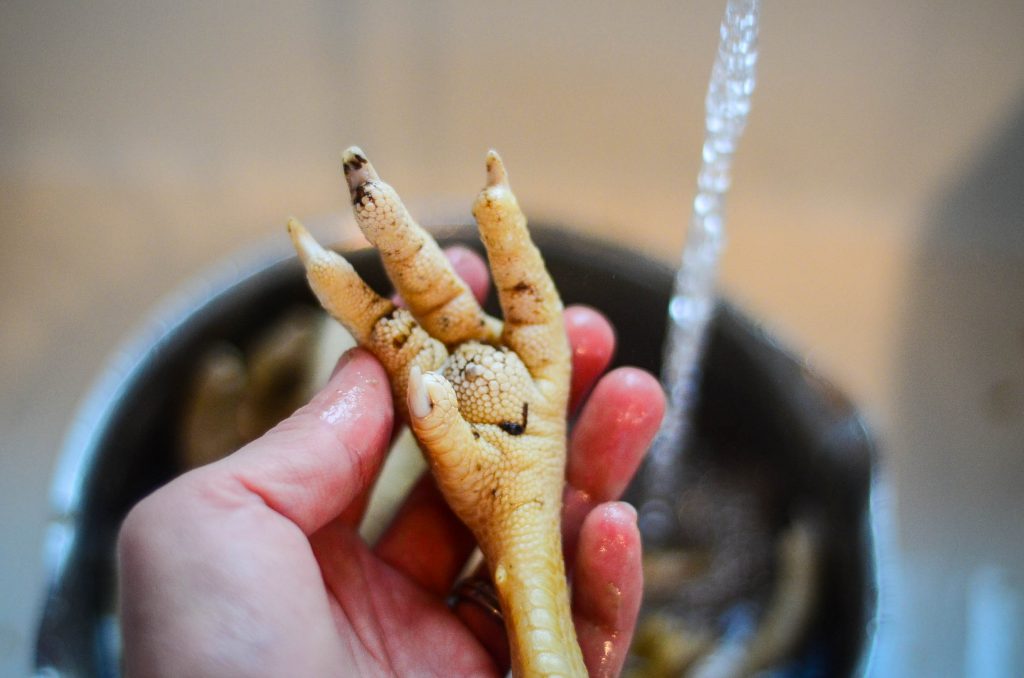 The feet and necks are kept for making stock (read why we use the feet here).

The gizzard, kidneys, heart, and lungs are given to the dogs (we feed our dogs a natural, raw meat diet as much as possible.)

The intestines are composted and picked over by the laying hens.

The feathers and blood are utilized in the garden as compost.

The livers are saved for pátè.

And of course, after we've eaten the bird, the carcass is saved for homemade chicken broth.

If you're planning to raise meat birds, I'd strongly encourage you to make a plan for utilizing all the various pieces of the bird. Not only will it help to justify the cost, but it's fun. I love learning how to utilize old bits that we never see commercially.

But that's just me. And I'm a bit of a freak. So take it with the grain of salt.

So… what say you? Think it's time to raise a few meat birds yourself? I'd say yes. Because there's few things better in the world than a perfectly roasted chicken.

…and because I love to eat that crispy skin and lick the fat from my fingers like a glutton, I suppose I'll need to keep raising 'em. Freaky feathers and all. 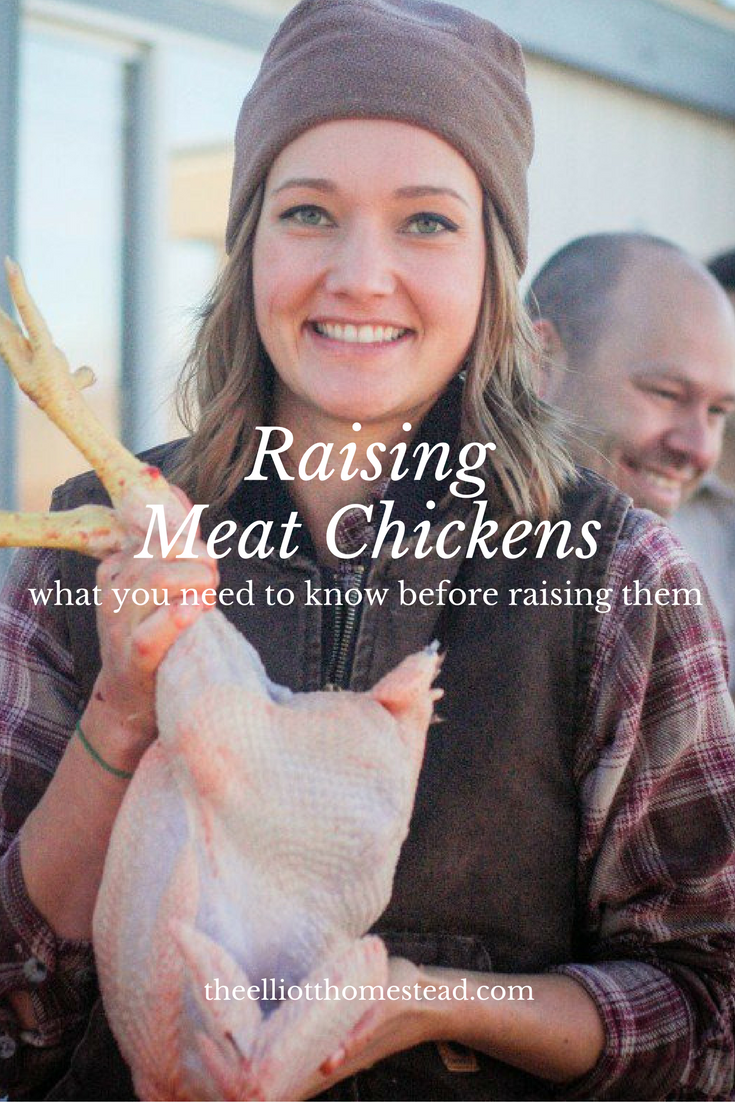 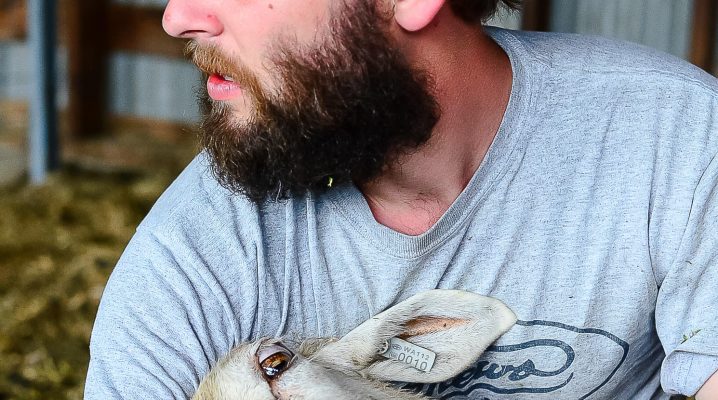 I don’t know anything.

Friends, I have some bad news. I don’t know anything. Okay, well that’s not entirely true… I know a few things, most of which revolves around the fact of how… 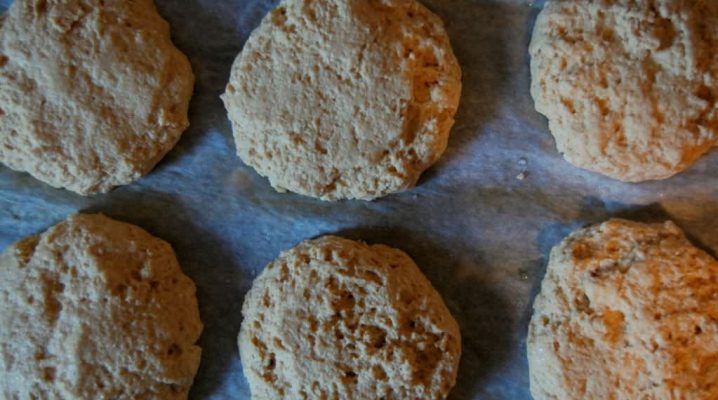 Take that McDonalds! A peek into our food budget.

Stuart and I sat around the kitchen table the other night talking about fast food.    What?  What a surprise!  We were talking about food!   My point I was… 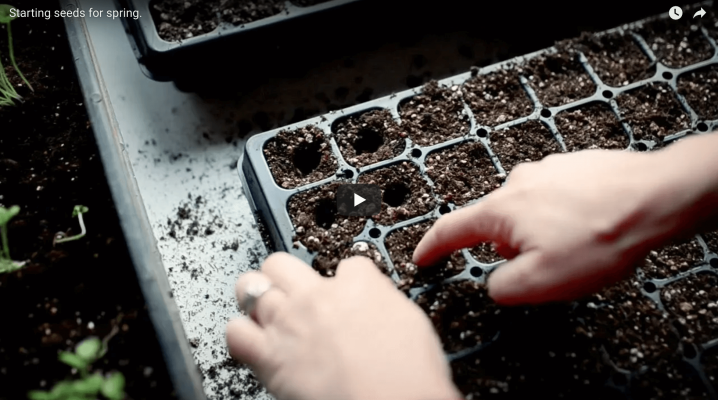