I don't really want to write this post. I've been avoiding it for six days now. Because somehow, as my fingers stroke the keys, it makes it all so much more real.

As many of our Facebook friends know, we've been asking for prayers for our Sally Belle over the past six days. Because I'll be damned if the ‘ol girl isn't breaking my heart. 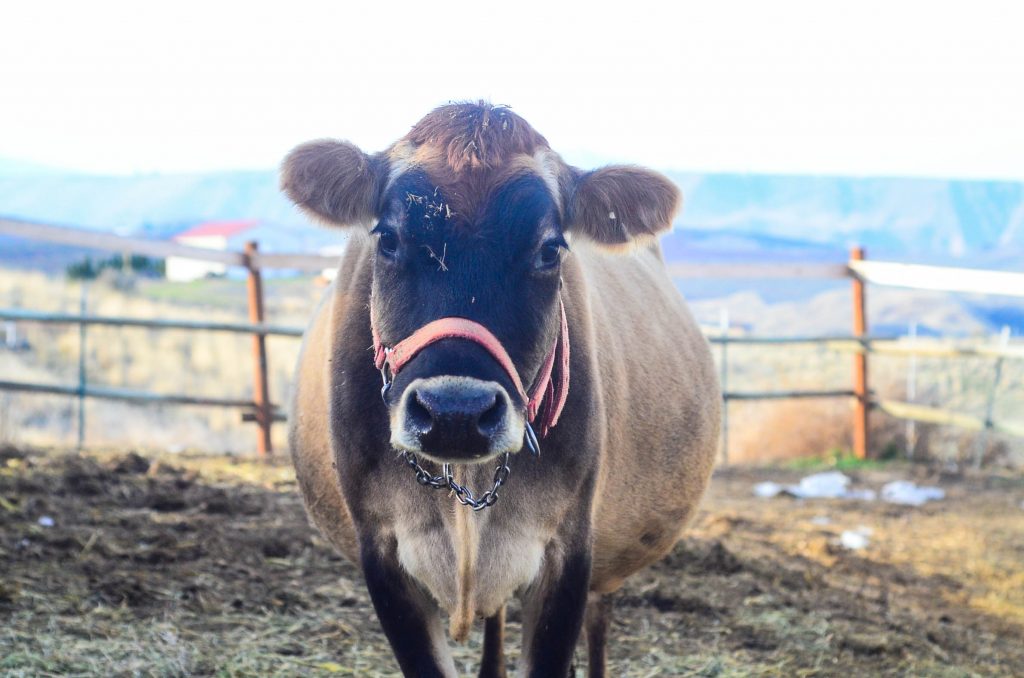 I don't think I can get myself to write out all the details… they're still swimming around in my head, grasping at my throat, and filling my eyes with tears. But until I can muster enough courage to write them all down, I'll share what I can.

After failing to get up at feeding time last Sunday morning, we immediately called our Vet to come peek at Sal. She was unable to stand up and as anyone with livestock knows, that's a bad thing man.

Basically, this means her body wasn't taking in enough calories to sustain her body and her milk production.

But how? I still don't understand.

She was getting grain at milking and free choice of a high quality alfalfa/grass hay. Wouldn't she just have eaten more if she was hungry? I still don't have the answer to this question – it doesn't make sense to me. She milked a year for us on this exact same diet. I just don't know.

A primary symptom of ketosis is lack of appetite. Girlfriend certainly doesn't have that. She's eating like a rockstar! She's eating, drinking, pooping, and ruminating like normal. She's got a normal temperature. Good, pink coloring. A beautiful, wet nose. Shiny coat. She's perky, alert, and by all other measures “normal”. She just can't stand.

To complicate matters even more, after her first initial treatment last Sunday, she DID stand and began to immediately graze for a few hours, before laying down once again. The second day (Monday), she did the same. That was the last time she stood. So if it was an injury or nerve damage, wouldn't that seem weird that she could stand at all?

A second symptom of ketosis is breath that smells like fruit, or like acetone. She doesn't have that either. Her breath smells like normal ‘ol ruminant breath – which ain't pretty, but that's my gal. A third symptom is a fever – nope to that as well.

The day before she went down, Saturday, her milk supply plummeted. In fact, I got angry at her, thinking that she was holding it all up for Lyle. Which would lead me to believe it's not an injury… reduced milk yield is definitely a symptom of ketosis.

The Vet has been back no less than a dozen times since last Sunday. We've done Calcium/Magnesium/Potassium/Dextrose drips. We've done Cortisone, Vitamin B, and something I'm forgetting…

We've rolled her over and stretched and massaged her legs.

We've lifted her in a sling with a tractor to try and facilitate her standing.

We've bucketed her water every hour in the heat of the day for the last week.

I look at my girl – just laying there, and my heart feels like it's breaking. 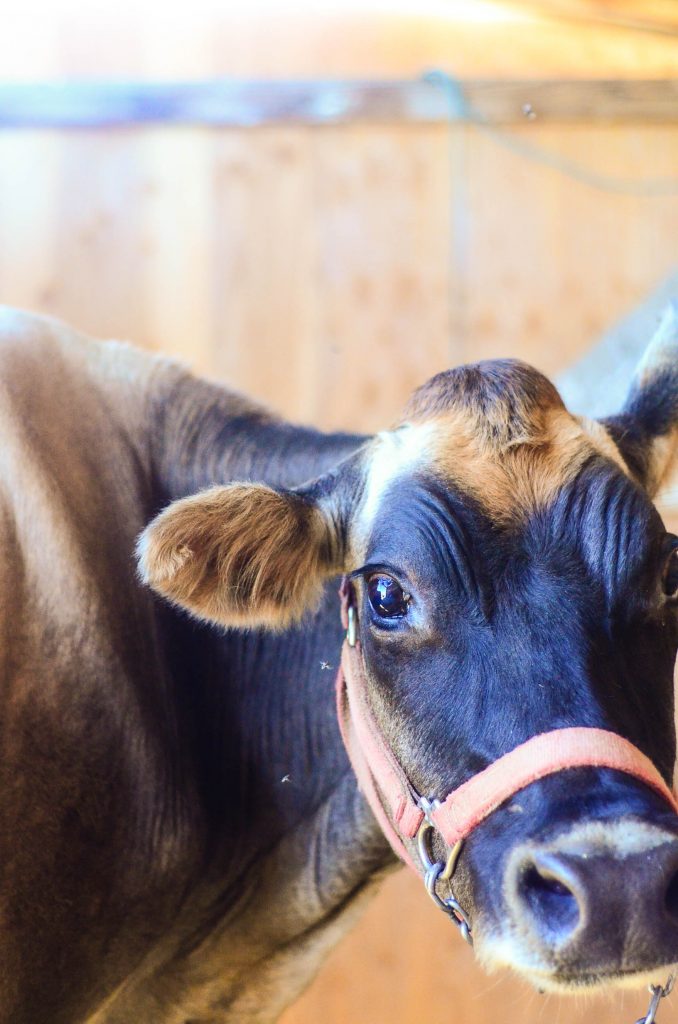 My Family Cow Forum friends have encouraged me to sling her and continually try to get her up. Without a tractor or a cow sling, this is proving rather difficult. And to feel like I'm not doing everything I can for her with regard to this is eating me up.

There are moments of encouragement… like when we were finally able to get her back legs tucked up under her so that she was laying “normal”. I walked away thinking “Maybe she will get up! Maybe this will work!”

… then tonight, I noticed sores on the inside of her thighs from laying down too much and for the life of me, couldn't get her legs tucked under her correctly. Her back hooves are pointing backwards instead of forwards and they're too stiff – I couldn't bend them normal.

So many times I've cursed those back hooves as they've found their way into my milk bucket. Now, what I wouldn't give to take a kick from one of them!

… I came back up to the house with that sinking feeling in my stomach. I haven't lost hope for Sally's recovery… but I'm losing it. Each day that passes is one more day of wear on her limbs and organs – cows aren't created to lay like that for long periods of time. Much less a week. No amount of rotating, stretching, or massaging is going to hold the inevitable off forever.

I know she's a cow. And I thank God that she is just a cow and by God's grace, not one of my children. But she's one of my best friends. She's who I spend my mornings and evenings with. It's her milk that raises my babies once I've weaned them. She's the ‘Queen of the Farm'.

The Elliott Homestead without Sal? I can't even imagine.

But imagine I must.

How long do we give her? What's the deciding factor for life or death? What the hell do we do?!

…and now I'm crying, so I assume that's my hint to wrap it up and write more when I'm more emotionally stable. Ha.

…I may never return.

Please pray for us. And Amen. 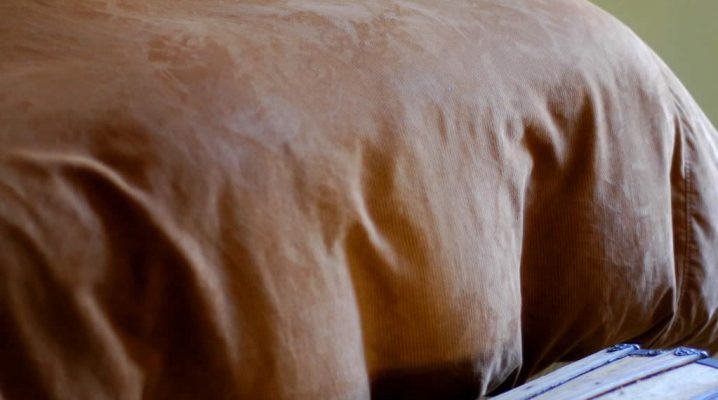 Who needs a therapist? I’ve got Jesus and house-work, baby.  I’m good to go. And though this post may take the feminist movement back a few years, it’s truly in… 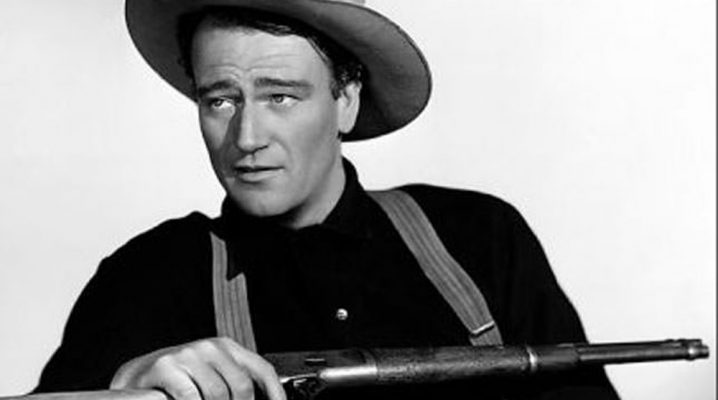 Owen the Hobbit. And a young John Wayne.

Three months ago, I was blessed with Owen. Sweet, succulent, squishy Owen. Owen is already such a little man. I’ve affectionately nicknamed him ‘the hobbit’ because of his portly stature…. 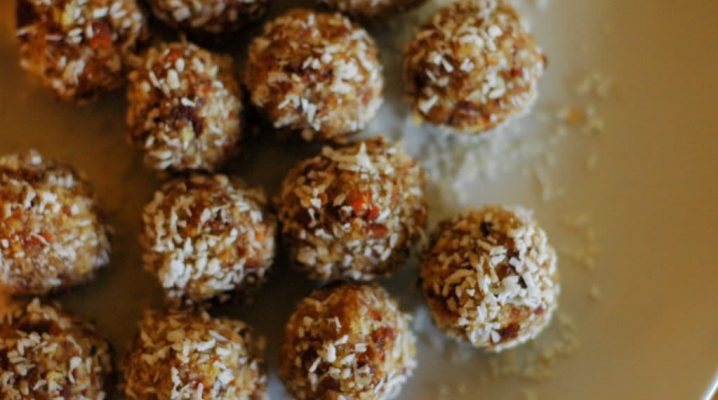 I’ve been trying to keep my head on straight with all the current happenings around the homestead, but I must admit, I still feel a little scatter brained. Or do…