Let's talk about who my husband really is… Y'all, let me just tell you about my bearded husband. He's the other half of this homestead and though he sits beside me each day as I lovingly tend to the blog, he rarely makes a spotlight appearance on it's pages. But his love for this farm, and for his family, runs deep. And I simply can't exist for a moment long without bringing it to the forefront for a bit of love and appreciation.

First, let me tell you more about him. Though I'm sure these facts linger about in various posts over the years, let's just set a backdrop for who this bearded husband is.

Stuart was born and raised in the South. Though I can't remember what it was regarding now, when we were dating, I explicitly remember being called a “Yankee”. I laughed and told him that I'm from the West Coast and that meant nothing to me. Then I told him that I'm rubber and he's glue and everything he says bounces off of me and sticks to him.

But seriously, this fact is important in knowing Stuart. From the civil war conversations, to the way he plays his guitar, to his love for ambrosia and biscuits, as they say – the South runs deep in his veins. “Yes ma'am.” and “Yes sir.” are prevalent in our home. This is why.

Stuart is an amazing guitar player – like, seriously, amazing. I also played, back in the day, but after meeting Stuart and hearing him strum, I quickly handed him my guitar and begged him to keep making those sounds forever and ever. I decided to focus on doing something I was better at – like having babies and stuff. Most days, after supper, our home is filled with tunes as the children run around like monkeys. Stu has a musical mind and the way it's wired… the way it hears things… is beautiful. I've begged him to learn a Ray LaMontagne duet on the guitars, even though I haven't played in a decade and only know about four chords. But when you hear him play, you want to make music with him. And babies. It's just that simple. Maybe I should grab a tamborine.

Reality Check: Sometimes I want to take the guitar and slam it up against the wall. Anyone who is married to a musically minded individual knows the frustration that they feel when looking right into said musician's eyes, making a statement or asking a question, and getting the “empty stare” back. They see you. They hear you. But they don't SEE or HEAR you. And sometimes it drives me insane. Just keepin' it real. 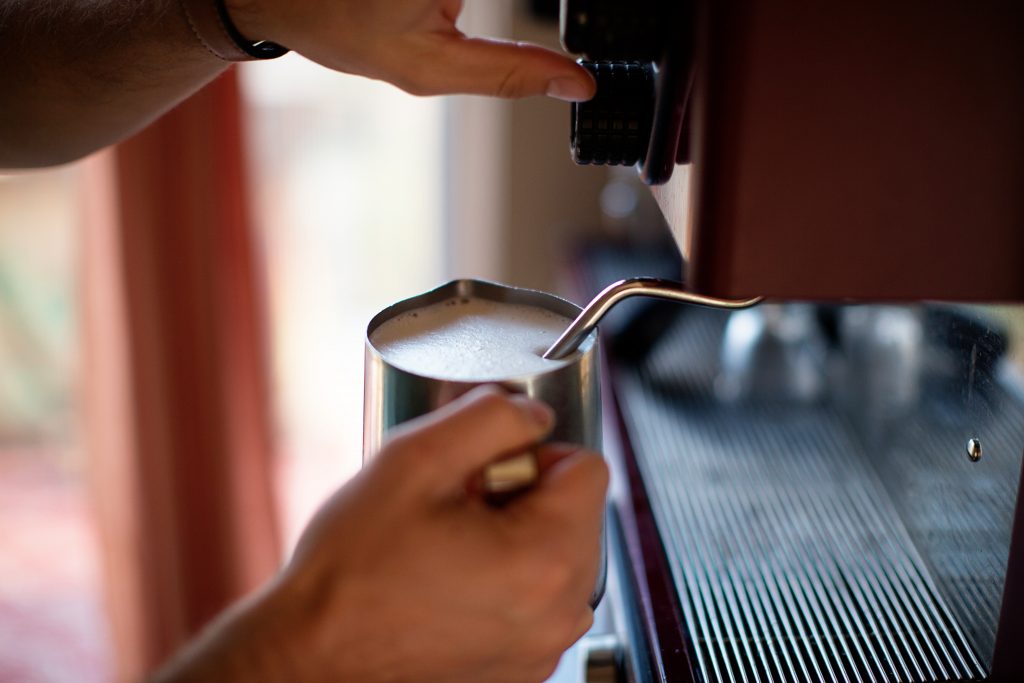 Stuart is also a reader. Like, a serious reader. While I flip through pages of Food & Wine and Harry Potter, Stuart thumbs through Plato and Calvin's Institutes. I never learned to love literature, or reading, like he did, preferring rather to get my hands dirty. But the man isn't happy unless he can curl up at the end of the day with a dense book. Aka: brain food. I don't understand it. I just know it's the way that it is.

Reality Check: Sometimes I want to take the books and slam them up against the wall. Anyone who is married to a literature minded individual knows the frustration they feel when looking into the reader's eyes and getting the “empty stare” back. They see you. They hear you. But their mind is lost in a much denser place. Just sayin'.

While I may be the dream machine of this farm, continuing to push us forward with my vision and (ahem) animal purchases, Stuart is without a doubt the structure that holds it all together. He lifts heavy things, digs fence posts, attaches trailers, stacks hay, does the killing, and is the first to run out at night with a gun when he hears squealing pigs. He's also a way better hand milker than I am – Sally always preferred his technique to mine and thus, gave him more milk and cream. He's brave. He's hardworking. And he slaves over a vision that's in my head for our farm – a vision that undoubtedly is difficult for him to see at times through the chores and muck. But he believes in the beauty of my dream. And that encouragement, that support, means more to me than any amount of hay stacking.

He's a sucker for nostalgia – loving to create feelings. For this reason, we're big on entertaining. We'll bust out the bubbly and some fancy appetizers and invite friends or family to come and mingle while ‘French Cafe' plays in the background. We'll mix up speciality cocktails and feature particular local ingredients in our recipes. Stuart loves to welcome people into the house and treat them as proper royalty – always serving himself last and giving them the very best of what he has to offer – even if it it's the last of his favorite Scotch. He pours generously. He'll always say “It's meant to be shared.” He takes ordinary moments and seeks to make them special. I love that about him.

Stuart is also an artist. He draws and paints a variety of images that hang around my house and in tattered color pads. He releases into them and he enjoys bringing mental images to life. One of my favorites is the black and white pencil drawing he did of J.R.R. Tolkien. It accentuates his tweed jacket and wrinkles and hangs in our living room. His black and whites always seem to be my favorite.

Because one can never spent too much time with their spouse (ahem), I'm also slowly pulling this man I love into the dark side of blogging. As the blog continues to grow, as to my ambitions and ideas for it. Though my lips are sealed on many accounts, we have much on the horizon for the year ahead and there is no one I'd rather share the journey with than Mr. Elliott. It's time to put him to work around these digital parts.

Ya'll already know the new cookbook is set to arrive early Spring 2016 [UPDATE: Click here to learn more about our Family Table Cookbook]! Stuart is helping me with every aspect of the book before we ship it off to the printer in December. He's objective and honest. That's helpful!

We're welcoming our new heifer Cecelia onto the farm in early Spring 2016 as well! We'll be driving to Montana to pick her up from a friend before bringing her back and getting to know her well. I'm thinking Stu needs to be become AI certified…

We'll also be welcoming a new baby [UPDATE: read about our new baby here] onto the farm – lest we forget that there are human babies too around these parts. Boy? Girl? Name? We'll figure it all out in April… But there's no one else that I'd want by my side than Stu when I'm bed ridden and fat and uncomfortable.

What was this post going to be about again? Now I'm all distracted thinking about being gigantically pregnant again.

Which is Stu's fault, by the way.

Still love the man. Especially when he makes me lattes. 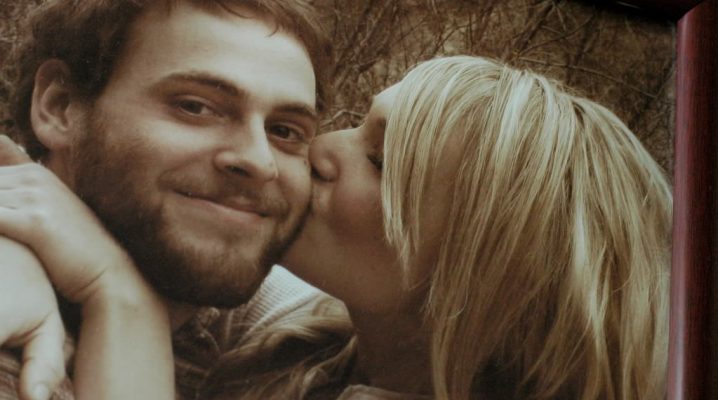 I’m not one of those wives.

In a lot of movies these days, marriage comes across more like a terminal disease than a covenental bond.  It seems that the majority of married couples are portrayed as miserable,… 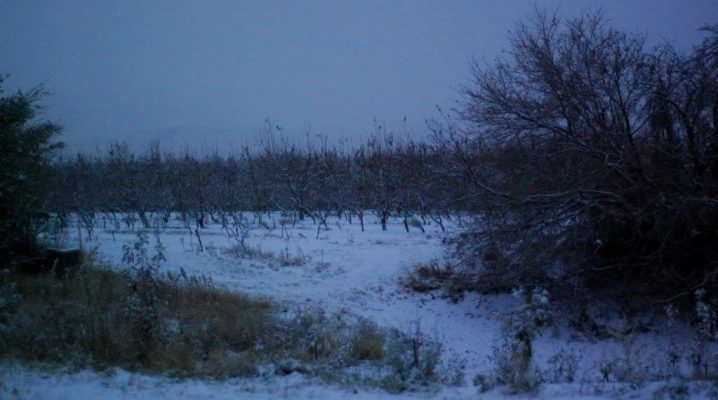 Life at this moment.

It’s been one of those crazy beautiful days.  Great conversations with friends, delicious lentil soup, ‘Tangled’ on Netflix with baby G, and our very first snow of the year!  Here’s… 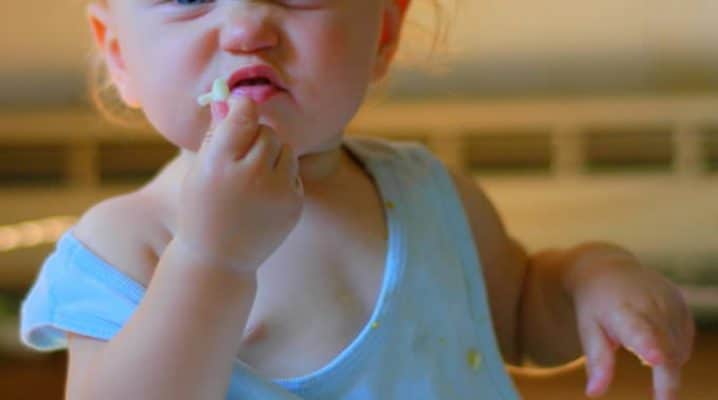 Though I’m not quite sure where she learned it, our daughter has mastered what we affectionately call “The Stink Face”.Behold. Nose scrunches.  Lips pucker.  Eyes glare.Adorable, right? Well…at least we think so….