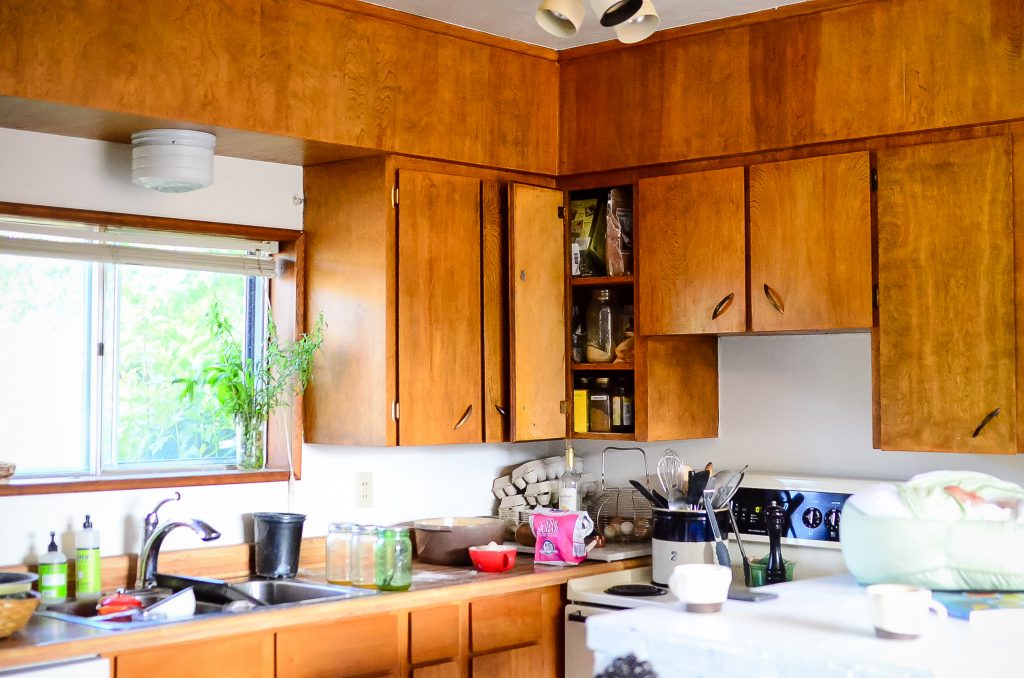 Okay – it normally wasn't that messy. But this was right before we began to demolish the cabinets. I finally snapped. I don't even know when these cabinets were from. The 60s? 70s?

One day I'd had it. I felt suffocated… uninspired. And, as we all know, when you write cookbooks and share recipes from here to kingdom come, girlfriend's gotta feel inspired. It's important for the juju (my new favorite word that can mean almost anything) to be right.

Gotta keep the good juju flowing so all the juju can come out just right. Know what I mean?

Anyway. Ugly kitchen, according to my husband reading How To Home kitchen reviews. Snap. Sledge hammer. Smooshed finger. Passed sledge hammer to husband. He did the rest. For two days.

These bad boys were build long enough ago to actually be super high quality. And dense. And heavy. Hence the passing of the sledge hammer. 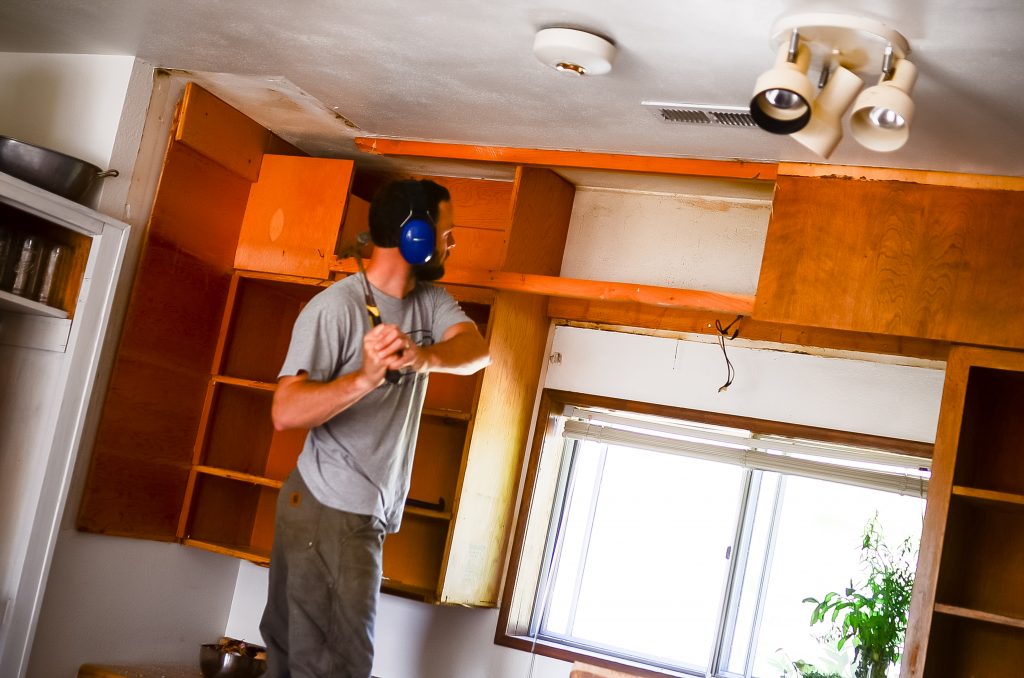 After the cabinets were removed, I instantly felt like I could breath deep finally. I'm a claustrophic person by nature and having them hovering over me was almost too much.

Though, I don't really know which was worse. Them or the carpet. Yes. Carpet.

Ooooh! I have a great idea! Let's pick a room in the house where meat juices, eggs, raw milk, and water exist constantly. And then let's slather that baby in carpet.

Two pigs, one lamb, and fifty chickens have been cut and wrapped in this kitchen already. Carpet? Come on – at least gimme a chance at keeping things tidy. 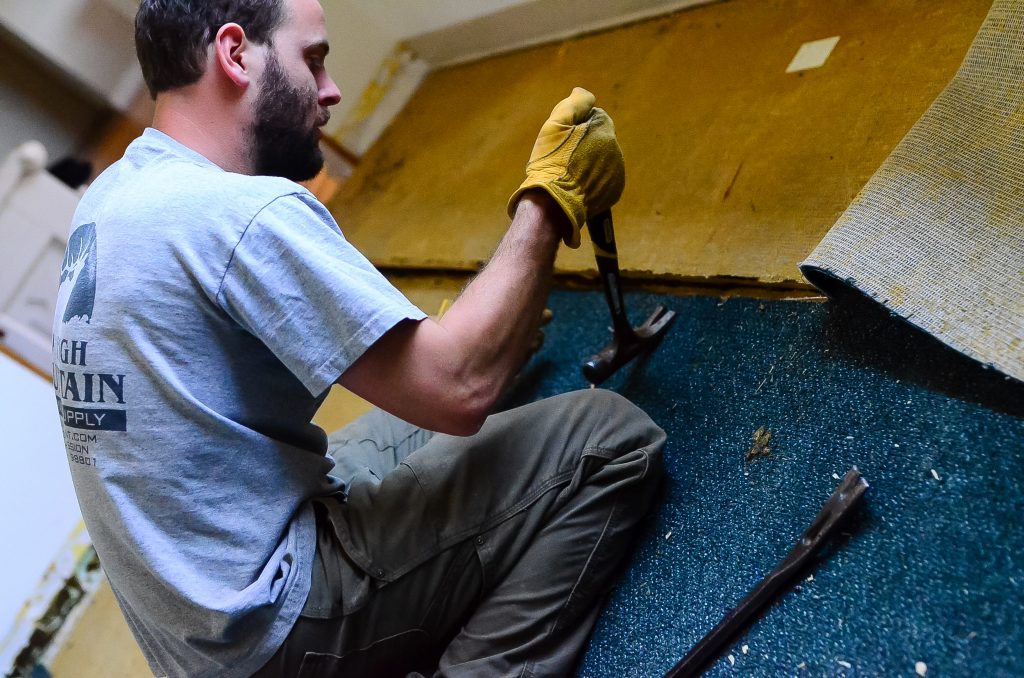 Stuart hated me for this project. I'd been begging him to just “peel up a corner” for months.

It's going to be a bigger project than you realize, honey. We can't just “peel it up”.

Turns out, the carpet was built onto an incredibly well built platform of sorts that lifted it about 4″ above the subfloor. Why, you ask? Because the floor is sloped. Because my house is over 100 years old. The marbles now collect in the southeast corner of the kitchen – but I don't even care. Because the carpet is UP!!!! 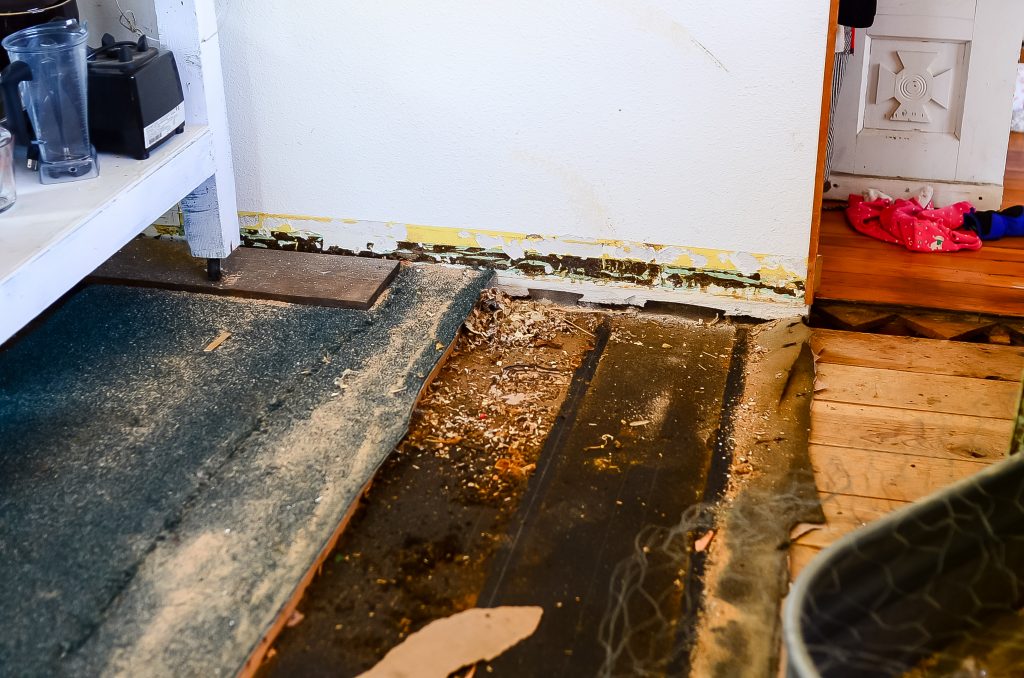 And beneath that rug of Satan, we found wood planks and square nails. Come on. Fu-get-about-it.

My plans to cover the floor in brick pavers completely changed to painting the subfloor planks (aka: shiplap). The boards have beautiful, deep cracks where dirt get stuck. There are holes were you can peek down into the root cellar. They're uneven.

But they're bloody perfect.

Stuart says that ‘bloody' is like a swear word in Britain – is that true? I like to say it. It makes me feel like I can get my point across more dramatically. 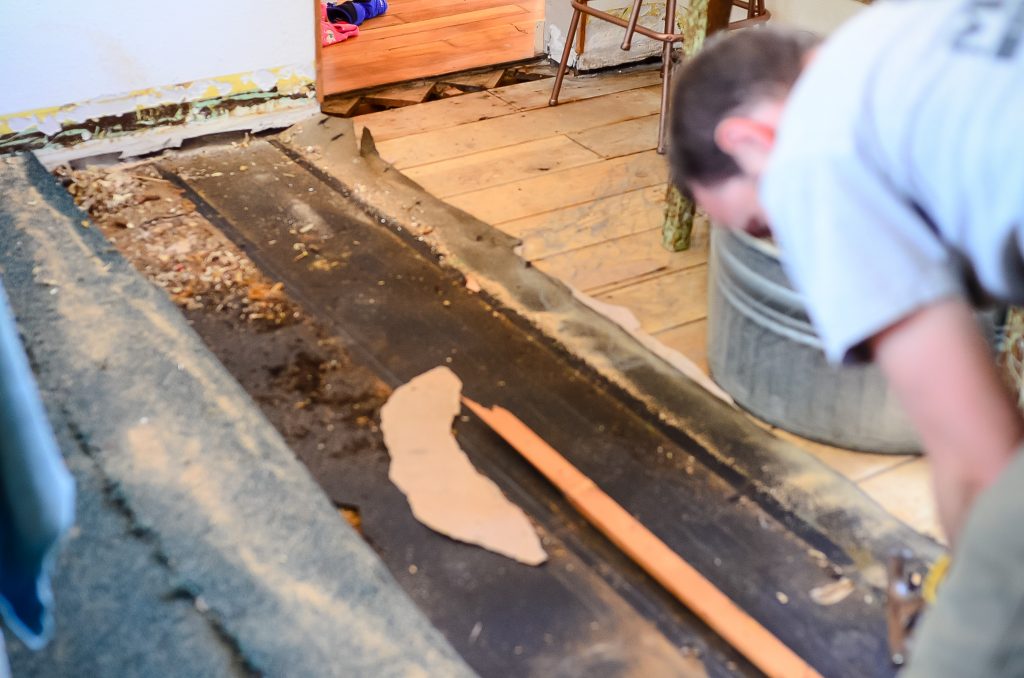 See the gigantic closet thing below? I found that in our shop when I moved in. I cleaned it, put a primer on it (still undecided on the final color) and have been using it as storage. It works awesome for the cast iron but was way too large to fit here where I'd originally placed it. It's since been moved across the kitchen and the espresso machine (always a necessity) has been plumbed and wired into this spot on a cute little antique table. 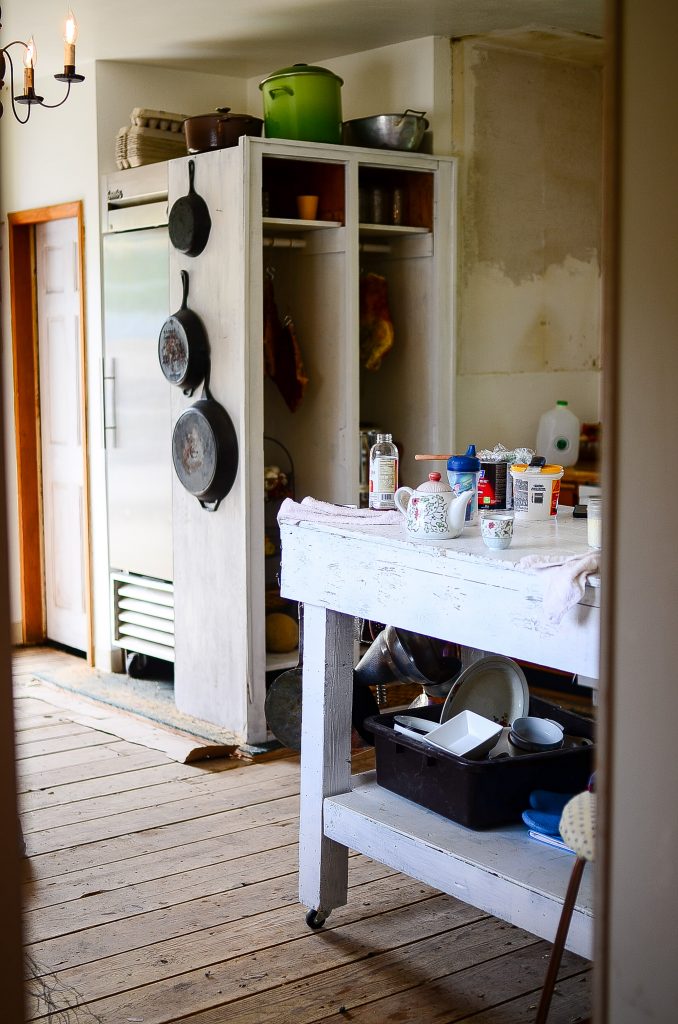 See those floors? Aren't they amazing? I'm going to paint them white – just like our subfloor in the living room. It wears. It's perfect for the farm.

So what if there is dirt in the cracks. 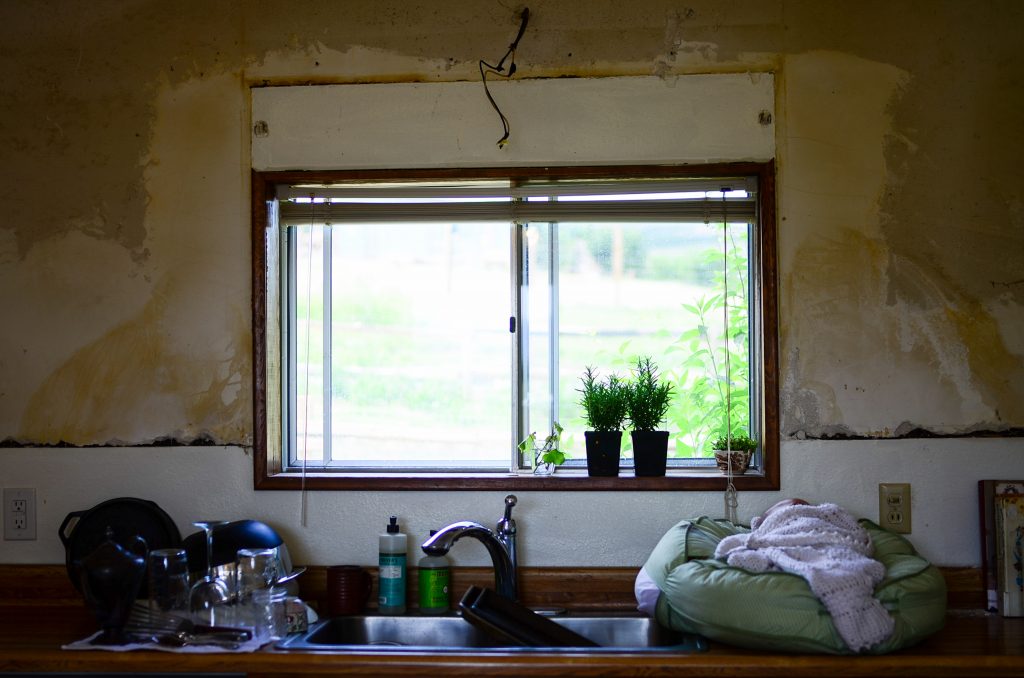 Ahh – the window. The ‘hobbit window' as I like to call it because let's face it, only a hobbit can appreciate it's size. This window looks out onto our potager garden and the field where the animals graze. If there's one thing I love, it's integrating our outside and inside spaces. I want it to feel like they are one in the same. So one of the biggest parts of this remodel is putting a window in this space that is 3 feet wider and 2 feet taller. It's going to be awesome. Because then I can easily keep track of the two cows, ten sheep, three geese, and ten rabbits that enjoy the pasture.

It's also the kind that cranks with a little handle. Love those. 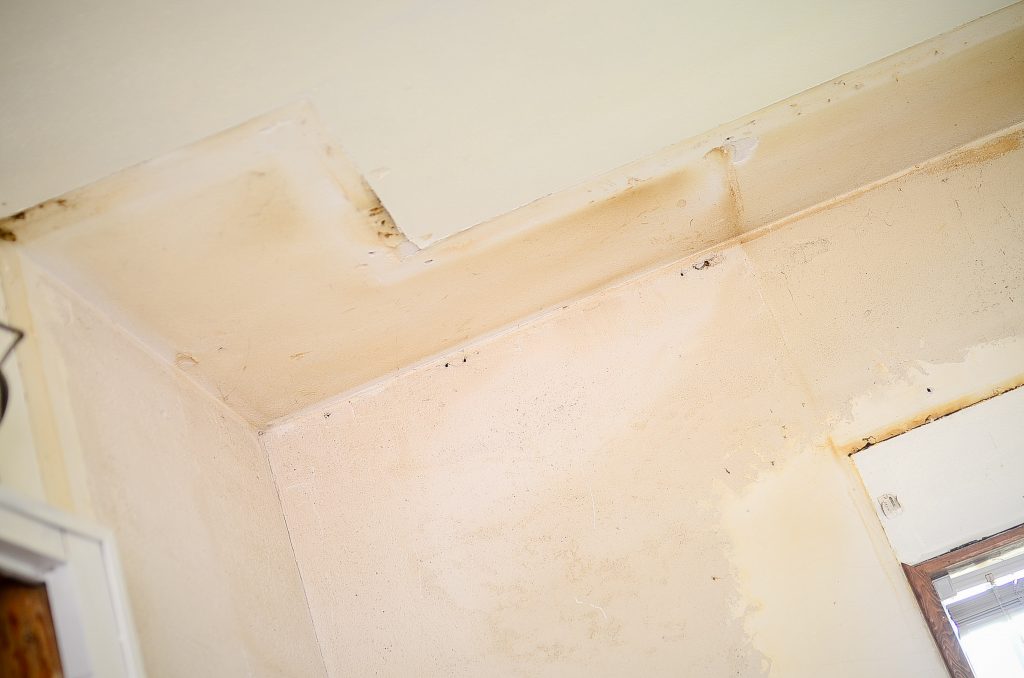 The entire kitchen is stucco. The gentleman who lived here before us (since the 1940's) was a mason and his fingerprint is all over the house. I love it. I love the texture and look of stucco. Even the ceiling is stucco. It's amazing. A quick sand to erase the line from the cabinets and a bit ‘o Benjamin Moore Revere Pewter and we'll be in business. 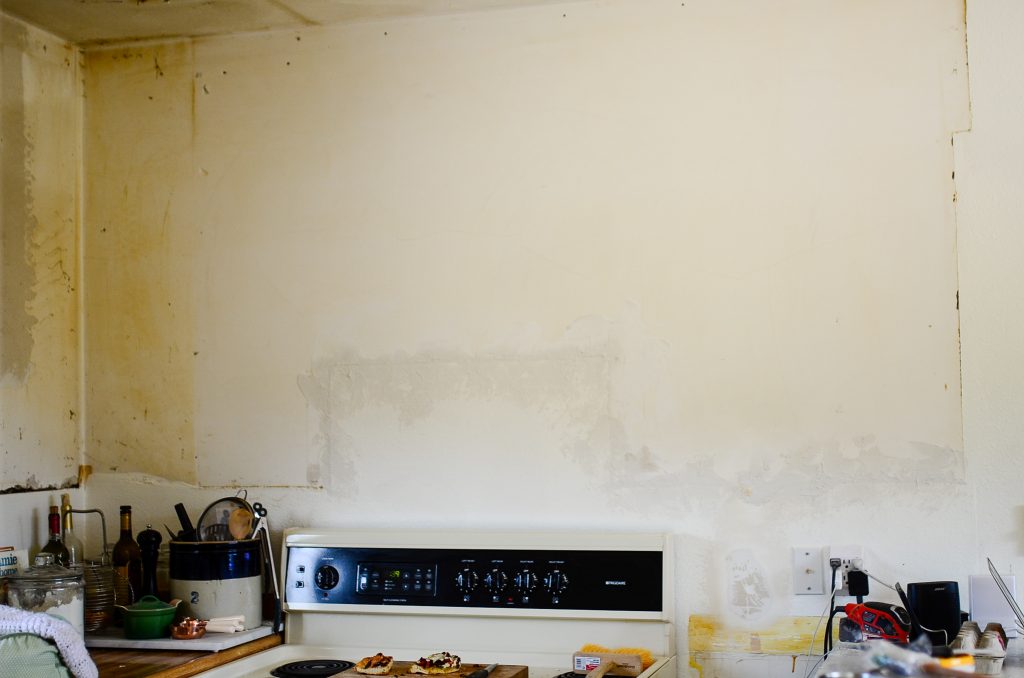 The stove is being replaced and repiped for a gas range. I hate electric ranges. Does that make me sound like a snob? Sorry. But I've got my eyes on something that will serve our family for decades and decades to come…

Hey. Can you blame me? I spent 79% of my time hovered over this thing. It's gotta inspire and do it's job. My oven temp is off by approximately 75 degrees give or take, two of the eyes no longer work, and it's ugly. And electric heat is spotty and inconsistent. And it takes forever to heat up. 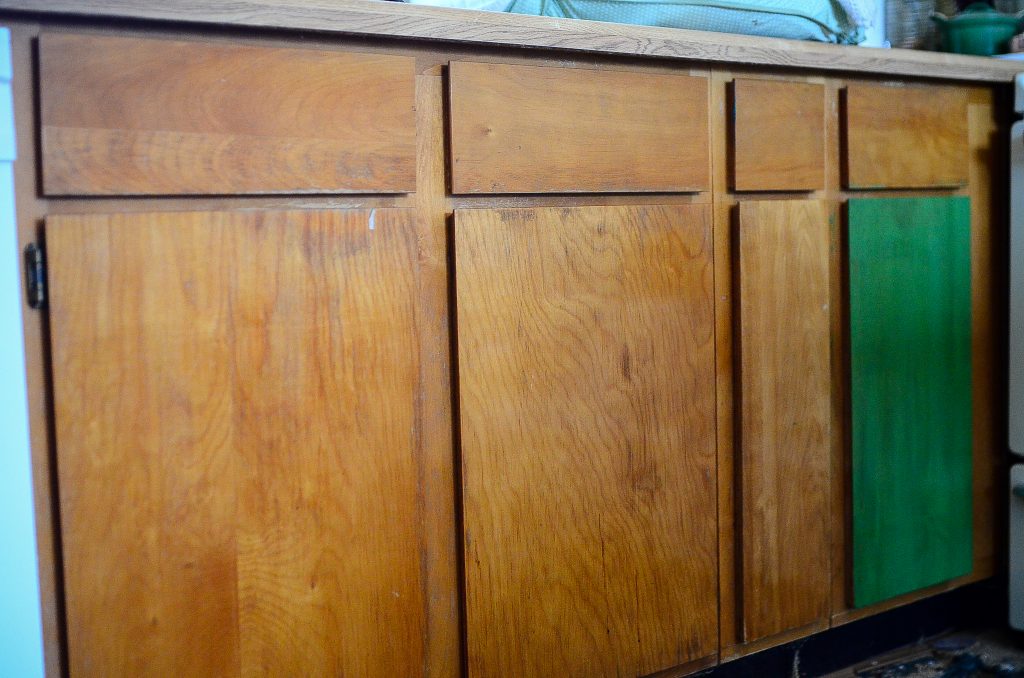 More 70's faux wood paneling. But this, my friends, inspires me. Not the faux wood… but what can be done with it! We won't just be painting them (though, as you can see, I did sample the emerald green that I'll be using) but also adding a trim and a dark wax to add texture, depth, and patina. Can't wait to share the result of these with you all, but first, I need to finish them.

Currently, there are approximately 1,691 unfinished projects in the kitchen. But who cares! The cabinets are gone. The carpet is gone. The windows and doors have been ordered. The contractor is scheduled to come knock out a new window, reframe the two larger windows, widen a doorway, and put in… *GASP*… stone window sills. The fir for the counters is being milled as I type this and the new farm sink is sitting in a box down in the root cellar awaiting it's glorious dishwashing future.

And that's a win in my book.

Onward to a farm kitchen that inspires!

PS: Guess what I'm working into the kitchen design? A newly upholstered (in berry red tweed) couch from the 1920's. Because Mama needs a place to rest too. 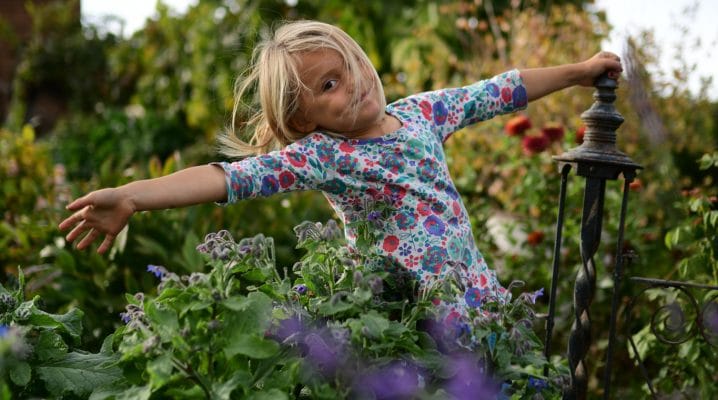 A high tolerance for suck.

Steven Rinella, a popular hunting advocate and star of Meat Eater (love that show), said it best. He says he’s not the best hunter, nor is he the most gifted… 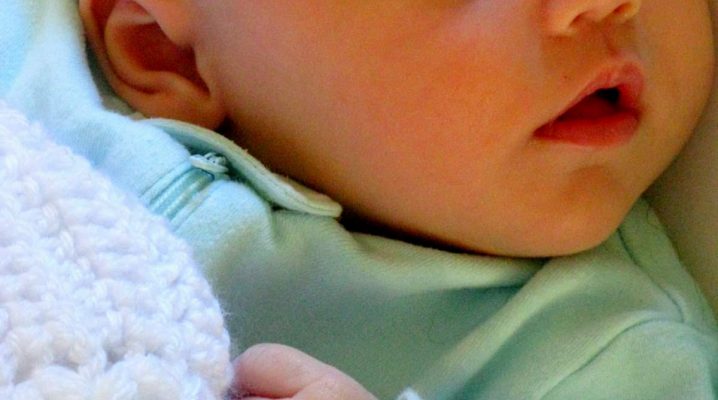 There is world peace.

Georgia would like to wish everyone a happy Saturday morning. Did you know that the past three nights, she has slept through the entire night?  The whole thing.  All of… 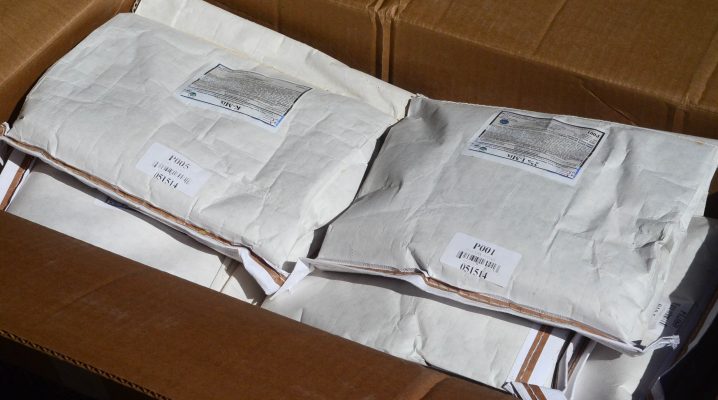 When one becomes a farmer, it’s hard to imagine all of the breeding and pregnancy issues one is going to be dealing with. After all, ‘the birds and bees’ is…