Slowly but surely, things are getting back to normal around here.

That is, if you count still laying on the couch as much as possible with a sore girly-parts “normal”.

Since Owen had his one week check up last week, I had the Pediatrician check Georgia out too. Sure enough, she was prescribed antibiotics.

I didn't mind using antibiotic drops for her pink eye, since it was causing her such discomfort. What's great about the drops is that they are just topical – simply killing off the bacteria on the surface.

But the oral antibiotics she was prescribed for her ear infections…well, I just wasn't ready for that.

We've been blessed – to date, Georgia has never had to be on antibiotics. In fact, this was her very first “sick” doctor visit. She's a very healthy girl and for that, I am very thankful.

The entire way back from the Pediatricians office, I meddled with what I should do. Surely, I didn't want her to be in pain. I also didn't want the infection to get worse. But she wasn't acting like her ears hurt – they weren't red or irritated looking and she wasn't pulling or scratching at them.

Would I be labeled a terrible mother if I didn't give her the antibiotics?

What sort of price would we pay in her future health if we did give them to her?

Oh, the challenge of difficult decisions!

I knew if we administered these 10-days of watermelon flavored antibiotics we'd have some rebuilding to do in her gut flora. And you know how this can go – once you take the antibiotics, your body is much more prone to need them again since you kill off it's good bacteria, too.

But I'm no doctor. So I was a little hesitant to make a decision about the antibiotics. Stu and I discussed our options and decided that we'd try an alternative remedy first. But if her ears got worse, or if she acted like they were bothering her, we'd give her the antibiotics.

I came home, did a lot of research, said a few prayers, and decided we'd try and use homemade garlic oil to treat her ear infections.

Why garlic oil, you ask?

Because both garlic and coconut oil are natural antibiotics. They are also anti-viral. And that's a double dosage of killer natural remedy, man.
While there are lots of alternative remedies for ear infections, I had what I needed to make the garlic oil and was ready to get G-love started with a treatment. So that's what we did.

To make the oil, simply heat the coconut oil and garlic cloves together in a saucepan until the garlic cloves are brown and fragrant. Turn off the heat and allow the oil to cool down to room temperature. Use a fine strainer or cheese cloth (I ended up using both) to strain the oil from the cloves and any small garlic particles that may have broken off in the oil. You do NOT want any remnants of the cloves in the oil at all, so make sure you get them all filtered out. Store in a small mason jar.

To use the garlic oil in the ears, you simply melt the oil until slightly warm (I do this by letting hot water run over the mason jar until it's liquefied . Always test a bit of the oil on your skin before administering – it's very important that the oil isn't too hot when it goes in. Just warm.)

Then, I use one of those baby nose-sucker bulbs (I happened to have a new one that we brought home from the hospital last week) to put 3-5 drops in each ear.

No, it's not easy to put warm oil in Georgia's ears.

Yes, it looks like a round of WWE wresting while I do it.

And yes, we both smell like an Italian restaurant by the time it's all said and done.

But it's for her benefit, dangit. Just like brushing her teeth. Every day we have to man-handle her to get it done, but regardless, we still push on. Because it's important.

If you had an older child, it may not be as difficult to get them to lay their head on the side as you gently drip the oil in and massage it down the ear by rubbing the ear and neck.  But a two year old? Ya right.

We've been administering the oil in the morning and before bed for six days (though you can administer the warm oil at any sign of discomfort, even if it's every hour or so). After the first day of treatment, I noticed her attitude had improved quite a bit – which leads me to believe that she was relieved from some of the pain she had been experiencing. Currently, she's acting totally normal – definitely not acting like she's in any sort of discomfort. She's not telling me her ears are hurting or pulling at them, which makes me think it's all good.

We have a follow up appointment with our pediatrician this afternoon for Owen, so I'm going to have her peak inside to check out the status of the ear infections.

Wouldn't that be wonderful if the infections had cleared without antibiotics?! What's your vote? Do you think it worked?

I am praying that is the case.

And please hear me when I say this readers – I am so, so, so thankful for modern medicine. But I am also thankful for the opportunity to explore other alternative remedies that are better for our bodies. If we can get through ear infections without a round of antibiotics, then I consider that a great success.

Ultimately, this will keep Georgia healthier. Which is what I'm aiming for. Girlfriend doesn't feed her homemade yogurt, kefir, and kombucha for nothin'.

And on that same note, I'm pretty sure G-love passed her pink eye onto her brother. When I noticed he had a goopy and red eye, I instantly began to research an alternative for him as well. Turns out, coconut oil gently smeared on an infants eyelid is a great alternative to antibiotic drops (since the oil itself kills bad bacteria). I rubbed virgin coconut oil on his eye area and after only one treatment, the goo and redness was totally gone. I continued to treat his eyes with the oil for a few more days, just to be safe, but he hasn't shown any more signs of pink eye. Booya!

Next time (which hopefully there isn't), I'll try the coconut oil remedy on Georgia at the first signs of infection. This would be a wonderful and safe alternative to an office visit and prescription.

I hate to “play doctor” because obviously, I'm not that smart.

But I do think it's important we take some initiative in our health and treatments. Especially when they could have potential long term effects on our overall health.

I know there are lots of great home remedies for ear aches, ear infections, and conjunctivitis out there. What's YOUR favorite home remedy?

And just in case you need another baby picture to get you through your day, allow me: 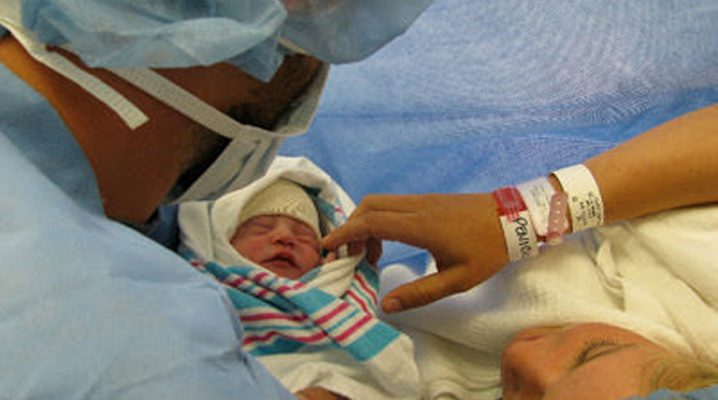 The opportunity of a VBAC.

I did it again.  Instead of resting on Sunday, as you know, God commanded, I slogged around in an emotional brain-fart, completing mediocre and ridiculous tasks.  Cleaning out the juicer.  Washing some… 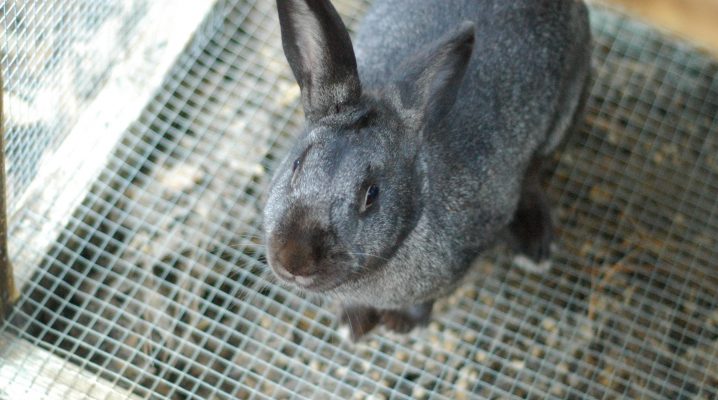 Let there be rabbits.

Turns out, after writing yesterday’s post, I scored a killer deal on some rabbits, my friends. A local man was looking to get rid of his four does and buck… 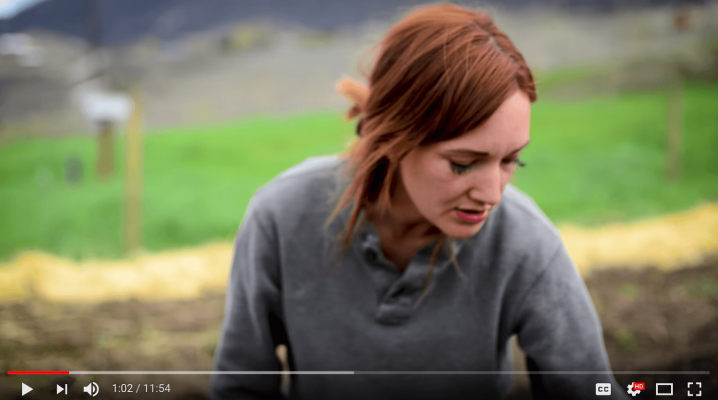 The HARDEST job in the garden (and full garden tours!)

Come tour the market garden, potager, and courtyard in April with me! Plus, the HARDEST garden job I have to do each year… If you like it, Share it!