Turns out, after writing yesterday's post, I scored a killer deal on some rabbits, my friends. A local man was looking to get rid of his four does and buck – he'd been breeding and selling the babies for Easter Bunnies. 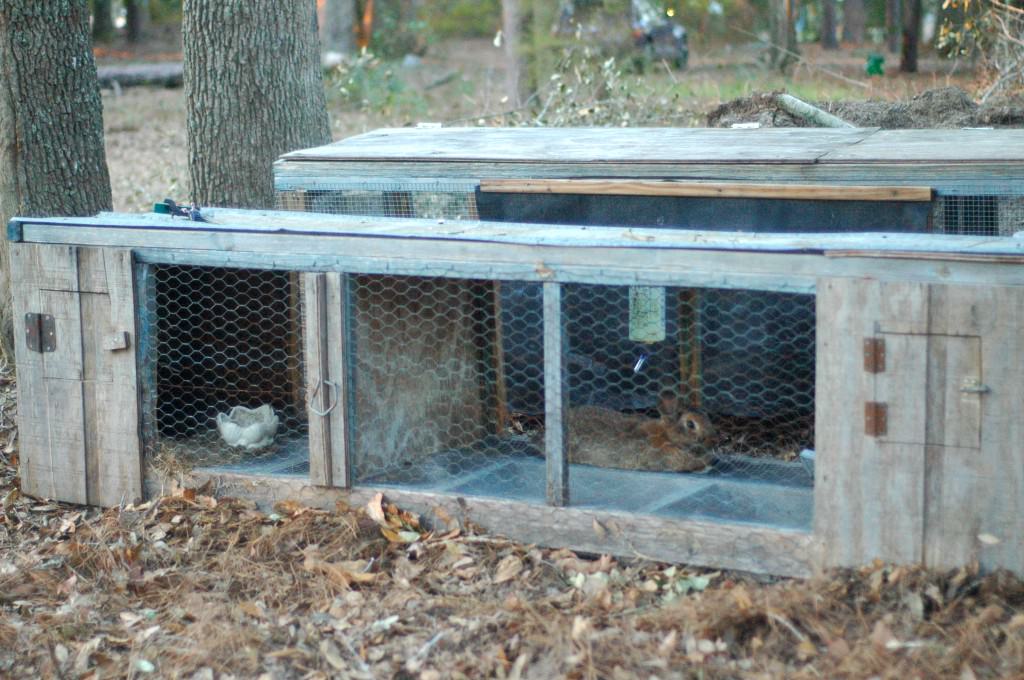 After driving out to see the rabbits and getting a mini-farm tour, we decided to go for it. The price was right and we'd just had a teeny bit of extra money come in from tutoring.

The main problem with the rabbits it that we're not 100% sure of the breeds. My cousins used to breed and show rabbits and I'm sure they could tell me – but I'm afraid to ask them because if they find out I'm planning on breeding them for meat production, I'm sure they'd be mortified.

Actually, I know they'd be mortified. 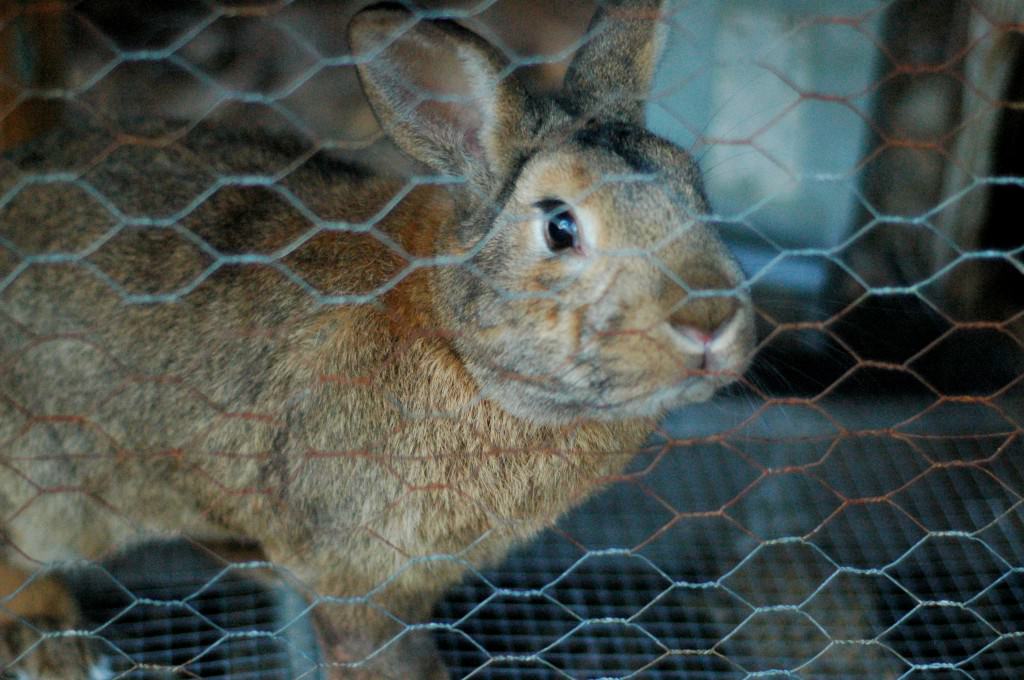 Does anyone know what these are?! 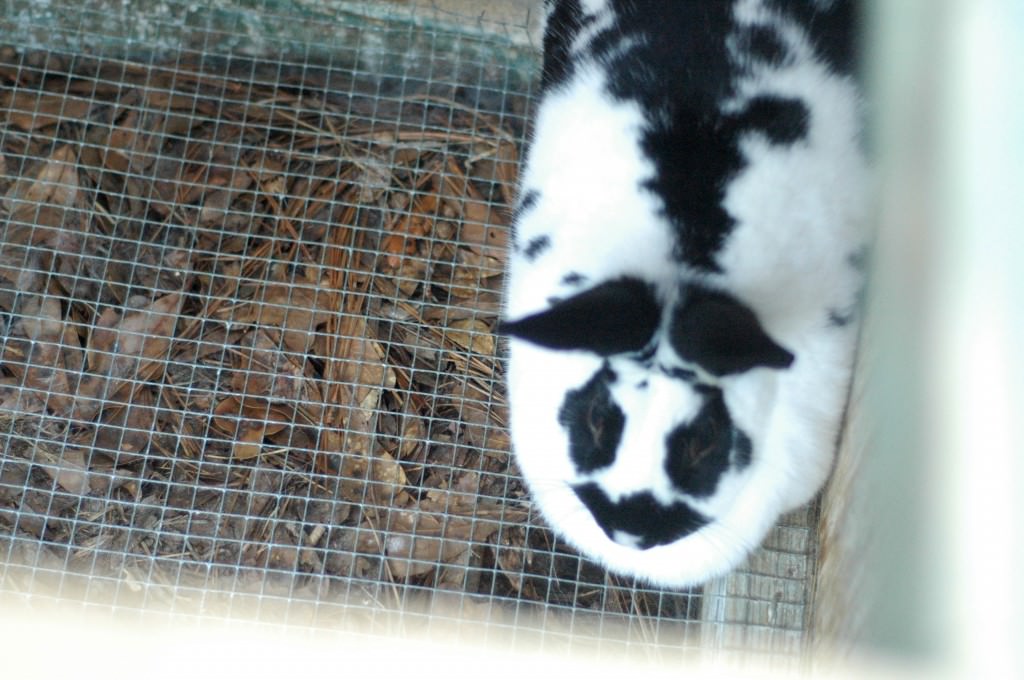 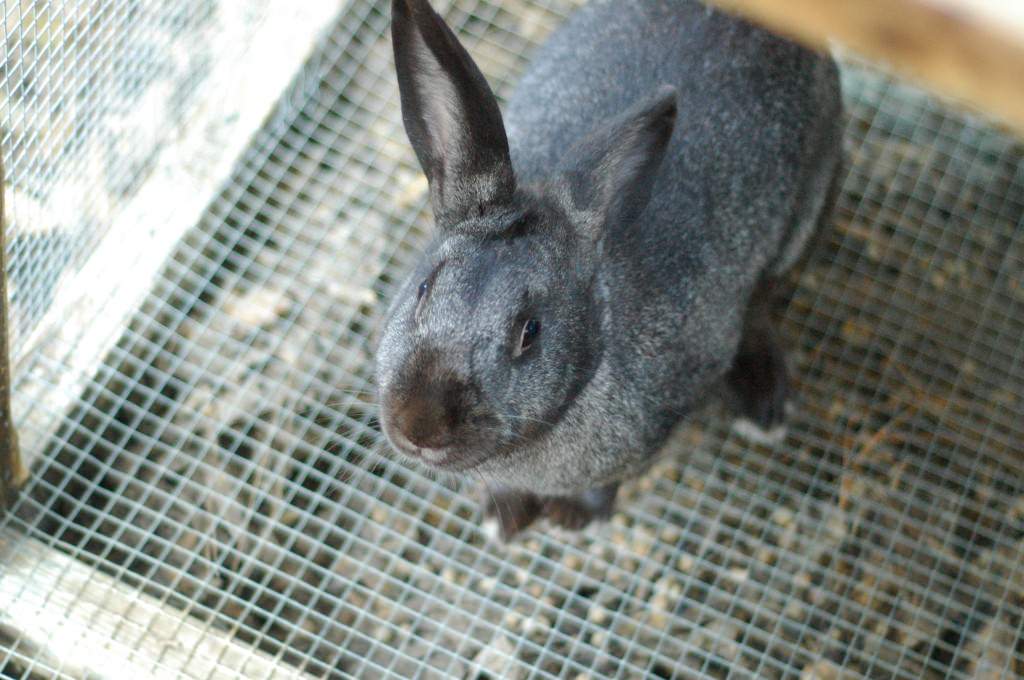 All that being said, because we'll be in Washington next week, the seller even offered to keep them for us until we got back. Thanks, Tom!

When I looked into local rabbit breeders, I did find another one in Mobile (about thirty minutes away). The does and bucks were $15 a piece. Because we were originally hoping for two does and a buck, we'd be looking at about $45 total.

From Tom, we were able to purchase the four does, one buck, water bottles, feeders, and cages for $90. A small investment when I think about how quickly the payoff in meat could be. 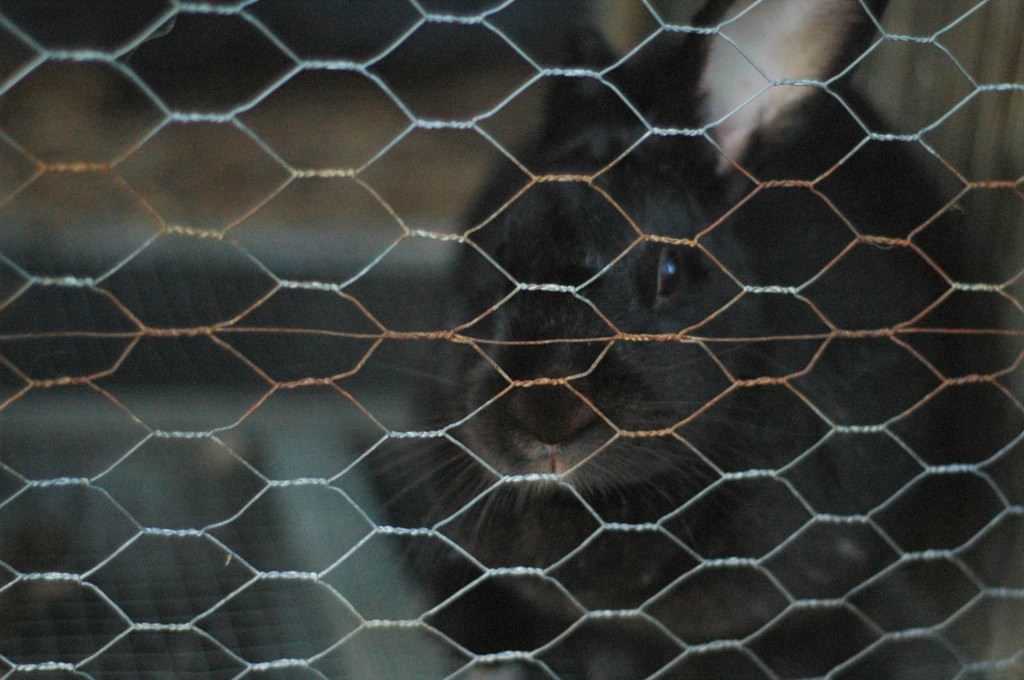 Of course, assuming all goes according to plan. Ahem.

Once we pick up the rabbits, we'll breed two of the does immediately. The gestation of a rabbit is about 30 days, so we'll have new little ones very quickly. They will remain with their mother for about five weeks, at which point they will be weaned. After that, they will continue to be fed for another seven weeks until they reach about 5-7 pounds.

After that. Well. You know what happens.

An average rabbit will dress out at about 3 pounds. Now bad for one little rabbit! That's plenty for a few meals around here.

We should be able to have our first harvest of meat around May, and assuming the liters are about 8 kits or so, that would leave us with about 16 rabbits to harvest.

The second does will be bread just a month later, so we should have another harvest of 16 or so by June.

And then, well, the process repeats itself as many times as we'd like. It's also possible to keep a few does from the litters and breed them as well, but for starters, we'll keep it small and get a good understanding of the process.

The cages will work well for right now. The bottoms are open enough that we may be able to graze them slightly on some of our weeds around here. I'm also hoping to get in touch with a few local produce stands and my farmer to see about getting the vegetables that are too old to sell. I know it's important to be careful about the amount of greens they receive, but it'd be nice to supplement some with them.

Bulk grains, such as barley, oats, etc. will be purchased through the local feed store. I'll also need to find a local source for some alfalfa.

Because I'd like our homestead to be economically sound and balanced (these rabbits aren't entirely for fun, they serve an important purpose – food!) I will be keeping close documentation of all of our feed costs (as well as our breeding records, naturally). This way, I will be able to know exactly how much we are paying per pound of rabbit meat produced. Will it be profitable?

Don't worry. I'll be sure to let you know.

Naturally, the start up costs of such an operation are the highest. It will take a few litters of rabbits to offset the original $90 we will be investing into the rabbits and cages.

Now, if only I could milk a rabbit… 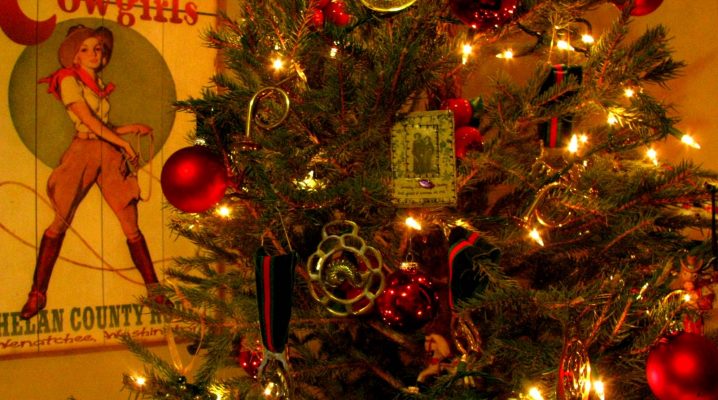 My tree wants to crush people.

First and foremost, thank you ALL for swingin’ by my ‘ol blog yesterday – we had lots of new visitors!  I loved getting your comments and emails!  I even got a new… 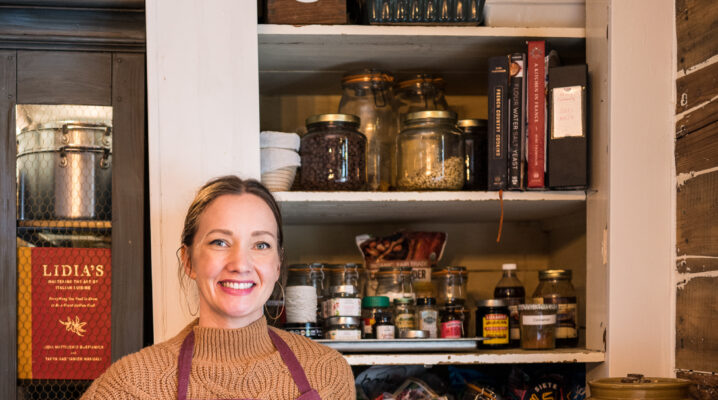 Cleaning and Organizing the Kitchen Pantry

I’m genuinely trying to be the type of adult who doesn’t wait for things to completely explode before dealing with them. My kitchen pantry has been giving me gentle nudges letting me… 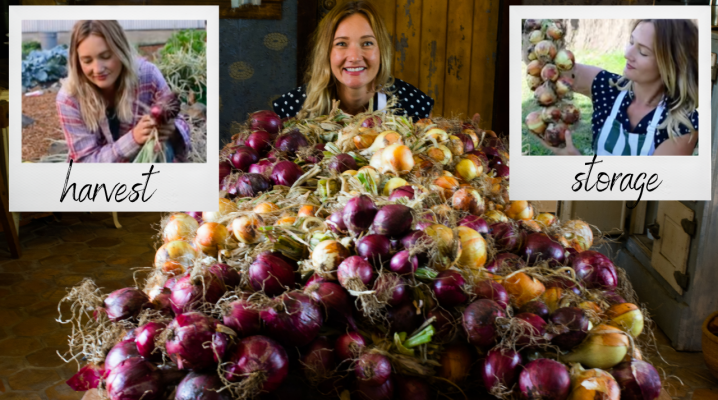 Growing A Year’s Worth of Onions!

What a harvest – after growing a year’s worth of onions, it was time to put them up in the root cellar last week. A lot of work but on…