We live in a wasteful culture. And if you disagree with me, I challenge you to visit the dumpster of your local grocery store or stare closer at the garbage bins set out for trash day.

Instead of repurposing, recycling, or reusing, we just…well…waste it.

I thought of this wasteful mentality often while re-reading the Little House on the Prairie books. And how they were so grateful for every little bit they had.

The point of this post is certainly not to make you feel guilty for wastin, but rather to teach us how to utilize that which would normally be wasted.

Seriously. The entire concept of this still blows my mind.

As many of you know, we are WAPF'ers – that is, we follow the food principles set forth by the Weston A. Price Foundation and made super public and accessible by Nourishing Traditions (a cookbook based off of Dr. Price's research). Part of these principles include utilizing traditional fats.

No modern hydrogenated oils around here folks – we save those for other purposes.

In our home, we utilize olive oil, butter from grass-fed cows, coconut oil, and tallow (or lard). All traditional. All healthy. All serving different purposes.

The olive oil is primarily eaten raw, such as in homemade salad dressings or such.

Butter is used for everything.

As is coconut oil. I mean literally. Almost everything – like this, this, or this.

Tallow we use primarily for frying or sauteing foods. We don't eat a ton of fried foods, but when I feel like whippin' up some homemade french fries, chicken strips, or zucchini fritters, I'm happy to have it around. It's also a great base for lip balms or face creams, but we ain't goin' there today.

Today, we're gunna render our own. With fat that would have otherwise been thrown away! 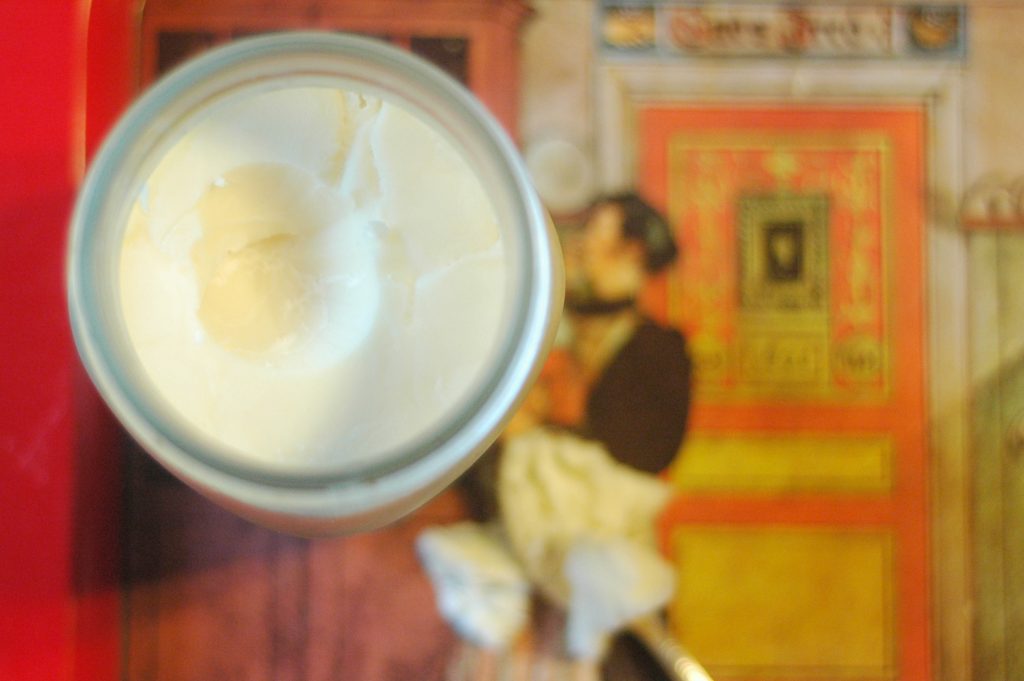 Home Rendering Tallow
You will need:
– Fat (from grass-fed cattle, ideally) – however much you'd like to use! For this batch, I used about four pounds.
– Dutch oven or crockpot
– Knife
– Metal strainer or cheese cloth
– Mason jar 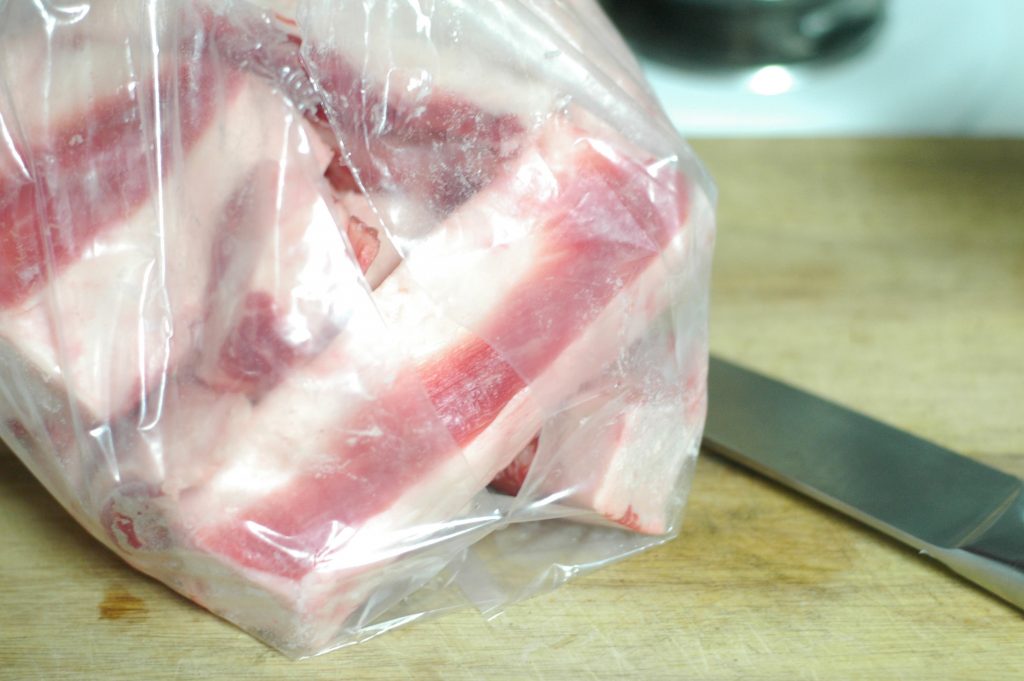 Let's talk about this fat here for just a moment. You may be asking yourself, “Self! Where does one find pounds of fat!” to which self replies, “Ah yes! Your local butcher!” I only had to place one phone call to find some from a local meat shop. Even though they don't slaughter the animals there, they do cut the meat according to customers requests and are often left with fat trimmings, which are then thrown away. THROWN AWAY! THAT KILLS ME! Our butcher was willing to hold the fat scraps for me and I went to pick them up the next day, free of charge. He was happy they found a home. What I'm saying is simply this – ask around. Call around. Even try local ranchers to find out where they get their cattle processed!

Step One: Freeze the fat for a few minutes so it's easier to cut through. Get the crockpot (or dutch oven) heating up on low. Then, pour yourself a glass of two-buck-Chuck, because we all know sharp knives and wine work well together. 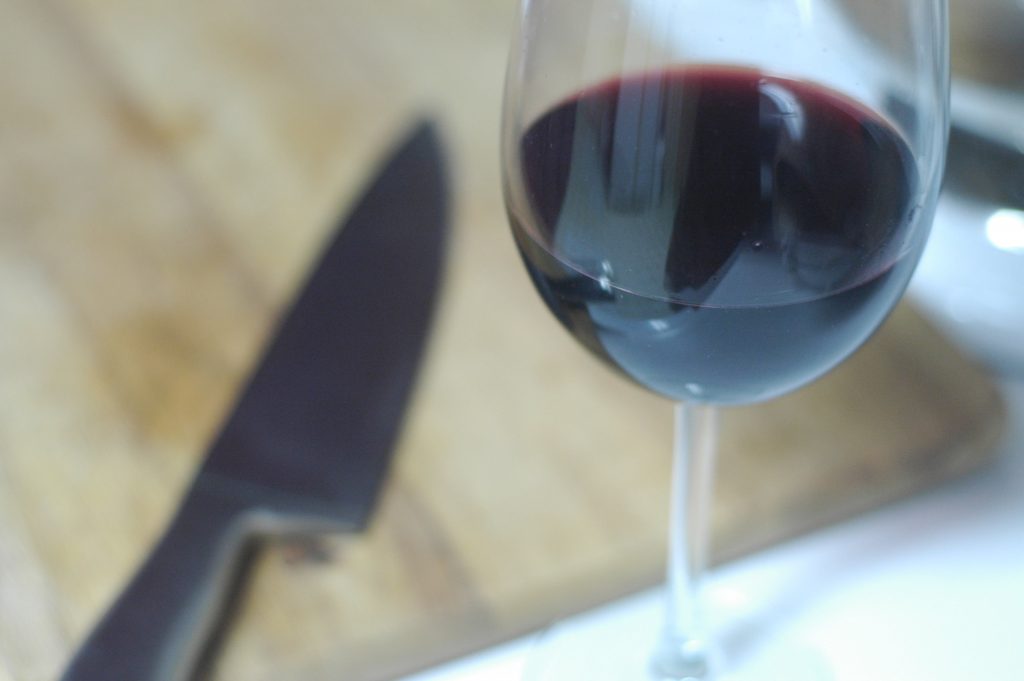 Step Two: Cut the fat into 1/2″ chunks. Alternately, you could grind the fat in your food processor. This will help it to melt (or render) more quickly. I was in no hurry this time, so I simply cut it into chunks and threw it in the crockpot. 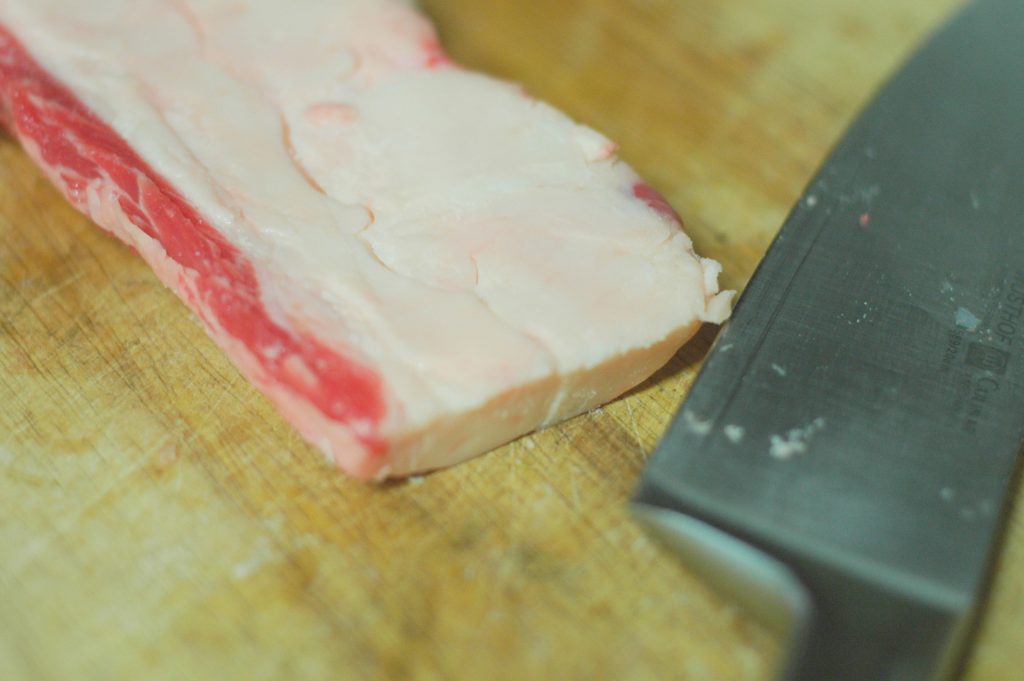 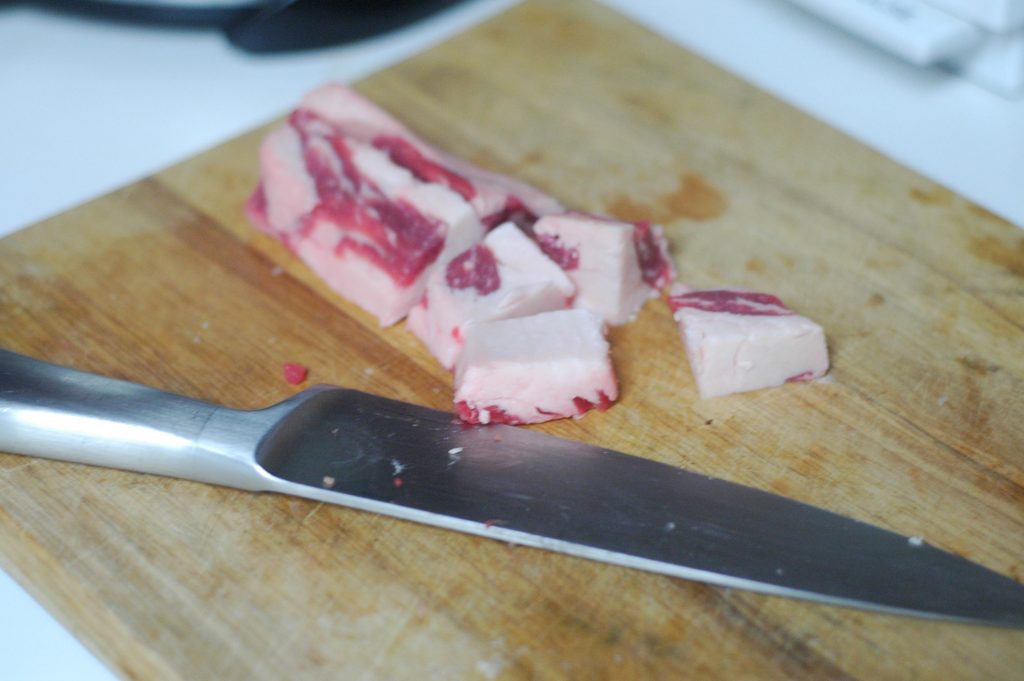 Here's another tip: If you'd like the tallow to be less “meaty” tasting at the end of this all (such as for cosmetic purposes), be sure to trim off any extra bits of meat that are left on the fat. I primarily use my tallow for cooking, so I don't mind it having a slightly (though far from overwhelming) beefy flavor. 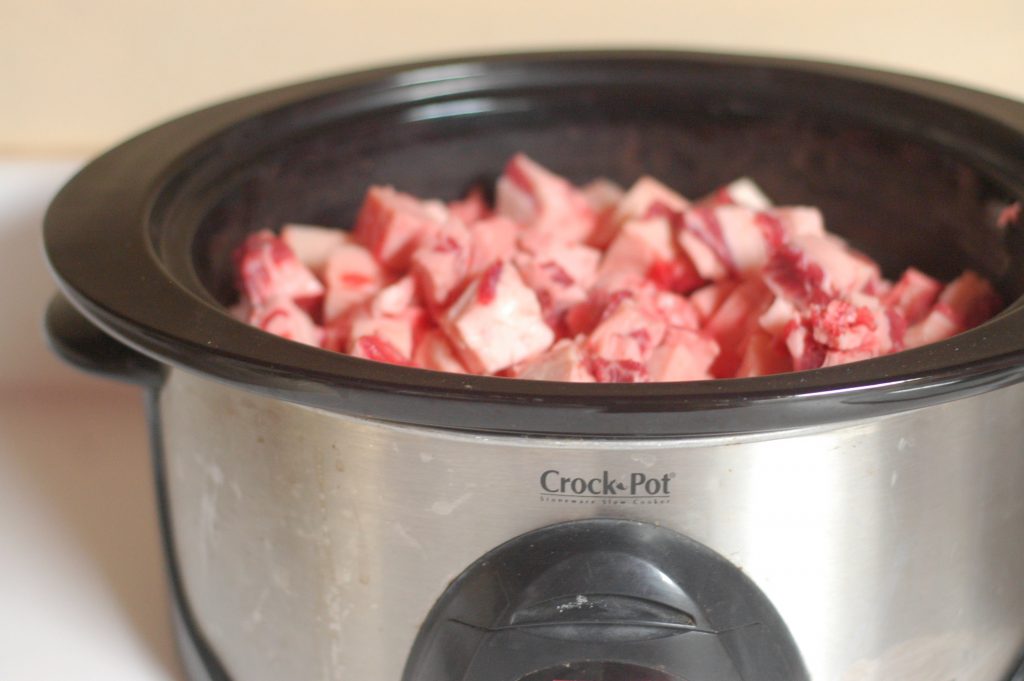 Step Three: Cover the tallow and allow it to heat up to a simmer. Stir whenever you pass by to ensure the fat doesn't burn. Basically, it'll melt.

It's really not a very complicated process.

Just keep the heat low and steady. Don't burn it. Don't rush it. Just let it be. 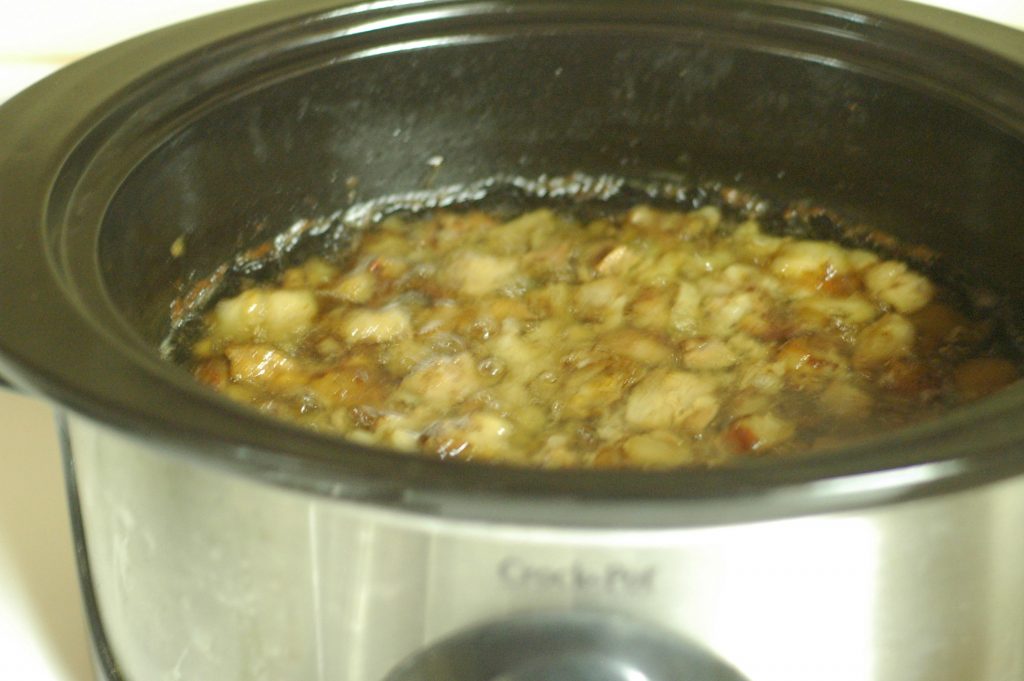 Step Four: Once the bits of meat and fat left in there have become “crispy” (like the texture of well-cooked bacon), the tallow has finished rendering. Use a slotted spoon to remove the large chunks left (I gave my “cracklings” to Toby, our dog!).

Step Five: Pour the rest of the hot fat (BE CAREFUL!!!!) through a small, mesh strainer or throw a colander lined with cheese-cloth. 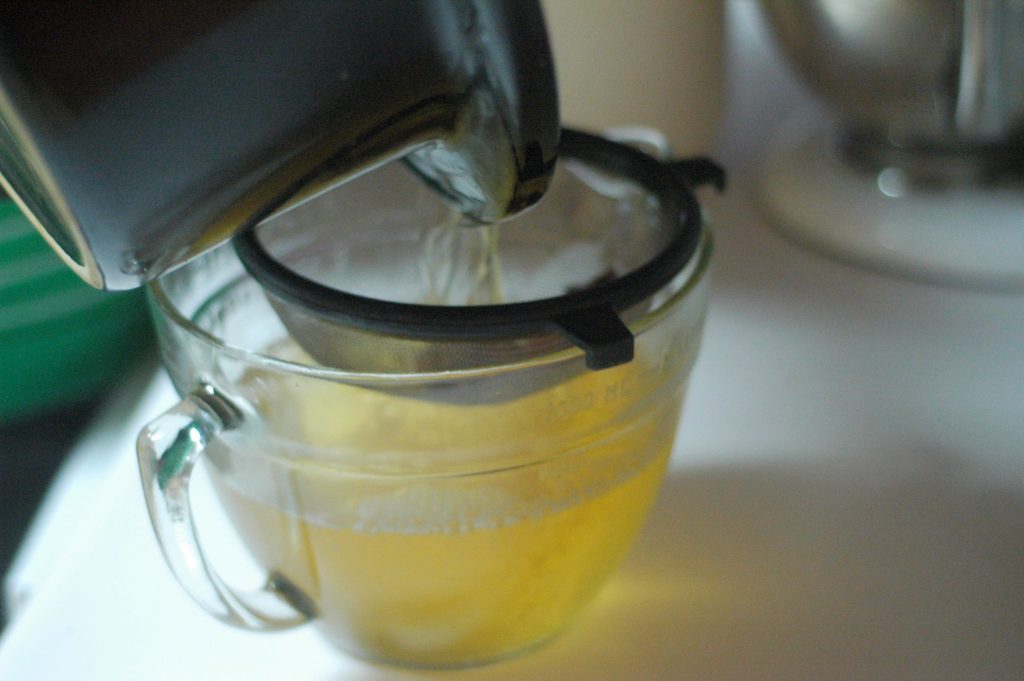 Don't want no chunks in our tallow, man. 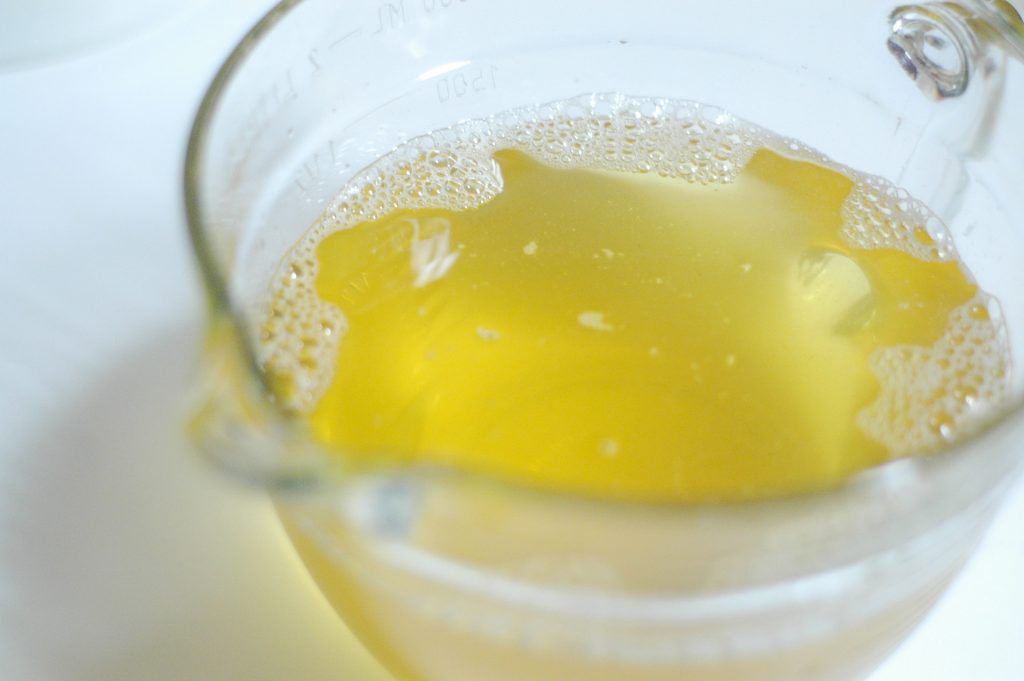 Step Five: Store in mason jars and allow the tallow to cool to room temperature. Store in the fridge and spoon it out, as needed. 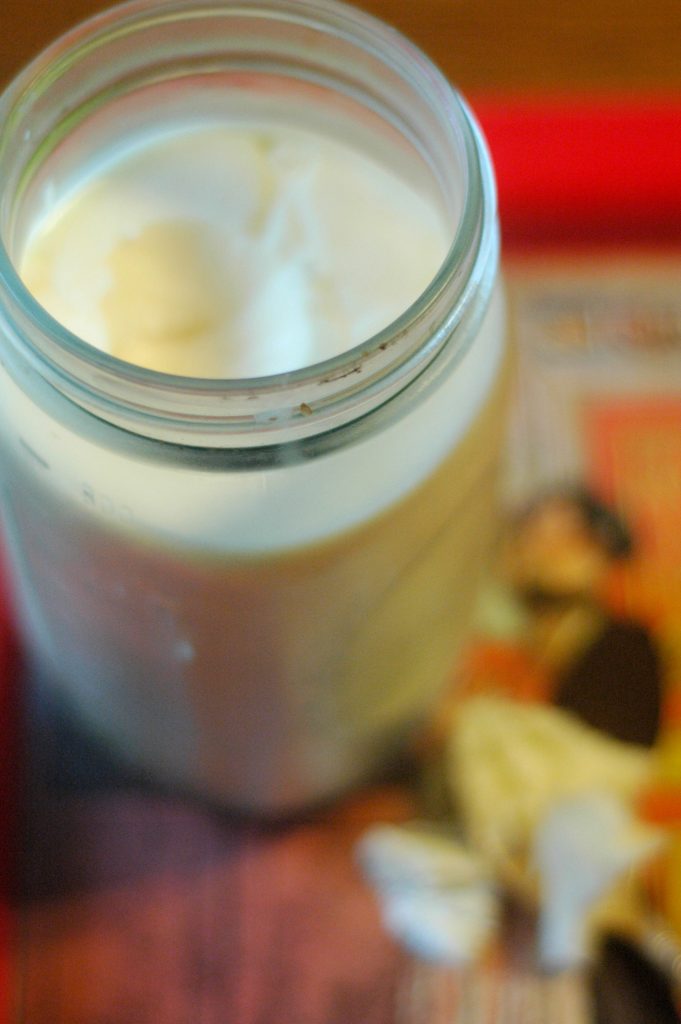 One of my favorite parts about tallow is that unlike coconut oil and olive oil, it is a fat that is possible to prepare in my little corner of the world. I know I won't be harvesting coconuts or olives anytime soon, but raising cattle and harvesting fat from them is surely do-able in our neck-of-the-woods.

It's all a piece of this beautiful homesteading movement – a movement that seeks to be responsible, frugal, and sustainable. Waste not, want not, they say!

So instead of letting the fat go to waste, we utilize it.

That's the heart of homesteading! 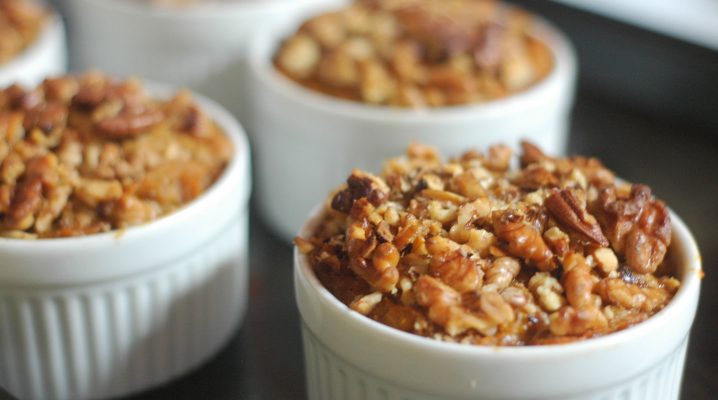 I was surprised while slowly scanning through my recipe page that I have very few sweet potatoes. Because, turns out, there something I almost ALWAYS have on hand. I love,… 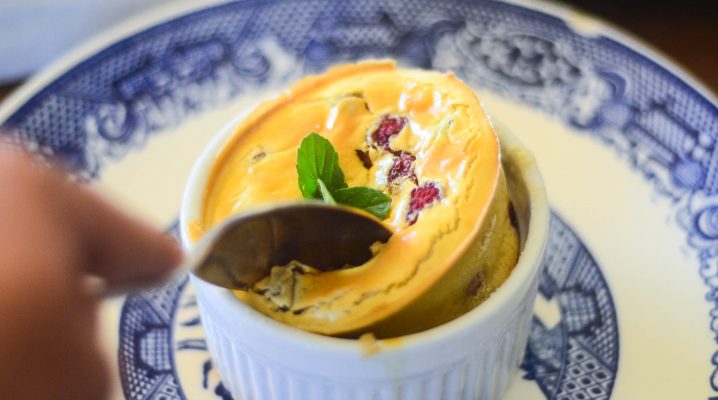 So, my apologies in advance, because you may notice that (once again) this “dessert” recipe focuses on two ingredients: eggs and cream. What can I say? I’ve got laying hens…. 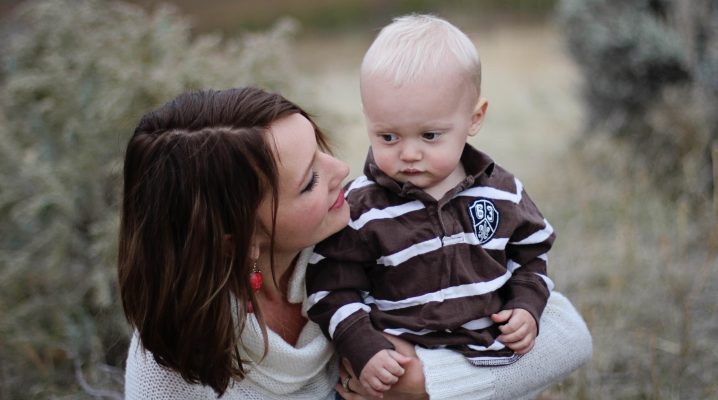 I’m totally terrified of being a mother again.

I’m totally terrified of being a mother again. There, I said it. Change is always hard – especially for a tend-to-be-tightly-wound-and-like-things-to-go-according-to-plan kind of person like myself. Am I worried about…