You can tell because this time of the month, she gets a bit squirmy.

The rumbling bellows are constant.

The gazing look in her beautiful eyes more intense.

The washing of her udder done with more care, as her back left foot tend to meet with my knee cap more often.

And by ‘real man', I mean ‘bull capable of satisfying a female bovine's needs'. Obviously. 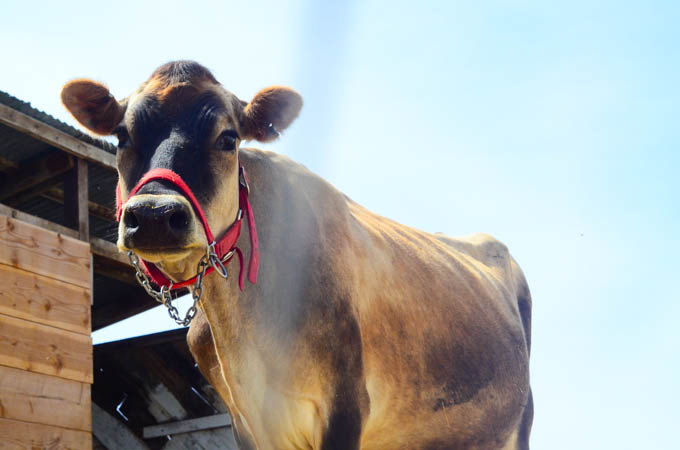 Three weeks ago, as it always happens, I noticed the eager woman coming out in her once again. Finally, I decided it was time to figure out what was to be done about her insatiable appetite for the male of her species. By the grace of God, in small passing, I'd heard mentioned of a bull at our local beekeepers meeting. Now, if you remember the saga of Kula drama that we muddled through last year, you may realize what a gigantic relief it was for me to learn that there was a bull in our general vicinity and that we wouldn't have to mess with hormones, shipped semen, and vet bills once again.

While I love the orchards and fruit trees that paint our valley's landscape, I (for one) really wish there was more bovine creatures to be found roaming it's sparse hills.

That being said, I tucked this little nugget of chitter-chatter at the beekeeper's meeting away in my brain and revived it from the memory bank for this very occasion. My Sally girl, after all, was counting on me. Her eternal happiness rode on my shoulders. Or so it felt. I know the look of a desperate woman – and Sally Belle was certainly a desperate woman. 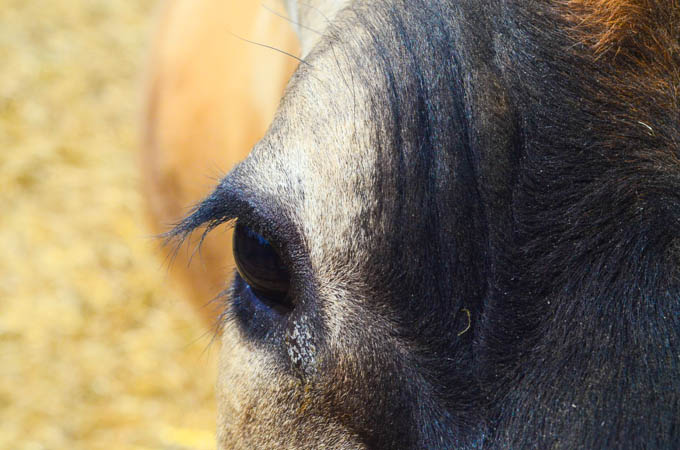 I'd remained in close contact with this particular bull owner over the winter, as we chatted about bee orders and various hiving setups. So when I sent him a well laid out but quite desperate email regarding the ‘lease' of his bull, I was sure it would fall on understanding ears. And (thank you Jesus!) it did.

No, he'd never loaned his bull out before.

But these are small mountains to overcome, considering that our last dairy cow ended up in the freezer. A small contract and a bit of distance seemed relatively easy to conquer.

Because we're aiming for a Spring calf to be born on Beatha Fonn next year (and a cow's gestation period is nine months), Sal is free to be bred at any time. Based on the “service” dates already on the schedule for this bull in his home-herd, it was agreed that “Hero” would come and stay with us on the homestead for about 45-60 days (or enough to hit two or three ovulation cycles), should it take that many.

A cow usually comes into heat every 21 days. Of that 21 days, she's got a 24 hour window of opportunity to be successfully bred – after her egg has dropped. Because a bull's sperm, much like a human's, can live for days inside the cow it's impossible to perfectly time breeding. This will take some good ‘ol fashion romp watchin' to discern.

Sal will stand for him and allow him to mount when she's ready. By her willingness to stand, it's pretty conclusive that she's ovulating. So if 21 days after their first romp she stands for him, it can be assumed the first breeding did not take. And so it goes until she refuses to let the ‘ol mister do his business.

Bred cows don't want much to do with an active bull.

Ovulating cows, on the other hand, want to be all up in that bull's business in a very desperate way. A cow in heat is nothing to take lightly – they're giant animals and must be treated with much respect during this time. Sal sort of acts like a love sick teenager that's had far too much caffeine. It's really no fun for any of us. 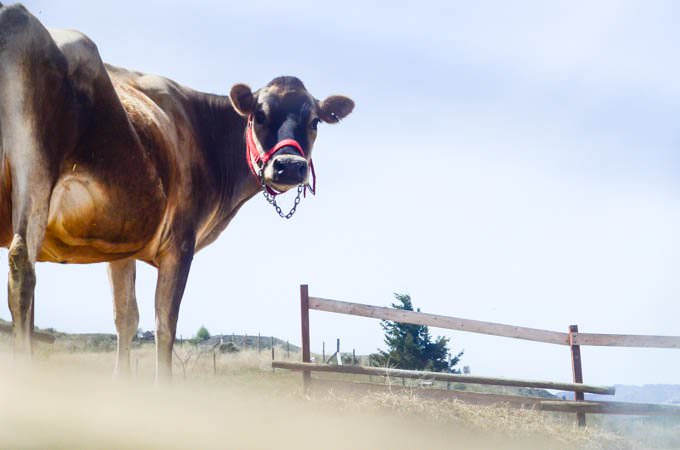 We'll continue to milk Sal while Hero is here and that's thrown us for a loop – managing to halter and lead Sal out of the corral where they will be kept together, twice per day for milking, is going to be tricky. Perhaps I'm alone in this but frankly, my pregnant self doesn't love the idea of jumping into a corral with an unknown bull, opening the gate, and waiting for hell to break loose. No thanks! It's going to take some team effort for Stuart and I – mostly, I'm going to make him do everything for me. For the “baby's sake” of course.

Hero is a Dexter bull, however, which I am very thankful for. Dexter bulls are a much smaller breeder and tend to be pretty docile. There's also benefit in breeding Sal (a Jersey) to a Dexter bull in that if she has a bull calf, he'll be a great one to raise for meat as Dexters are a dual-purpose breed (used for both meat and milk). And if she has a heifer calf, it will be a great milking heifer to raise up alongside Sally. According to his owner, who's opinion I've come to value, Hero is a very well behaved bull. The nose ring, I'm sure, helps. He's used to being handled and used to being around people – that's a plus! The minus is that…well… he's still a bull. And bulls have… man parts intact. And any male animal with his man parts still intact will act just like a male animal with his man parts still intact.

Oh, homesteading. How you never cease to keep me on my toes, push me past my point of comfort, and keep me awake at night in fear for my life. 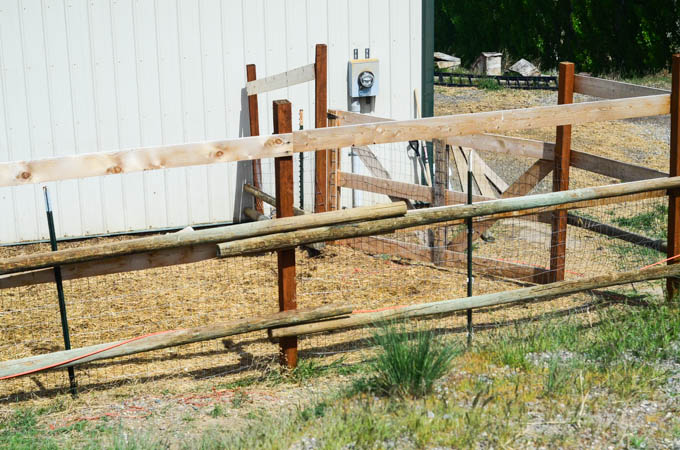 The corral has been reinforced with new rails – it's pretty ugly in spots, but it's solid. The gate now has a chain and padlock (we learned our lesson about trusting latches real quick the last time we had a bull visit Beatha Fonn and almost ended up squished human carcasses in the nearby orchard). We are ready, I believe. Ready as any one homesteader could be to naturally breed our family cow and bring a giant and driven animal onto the farm, anyway.

If all goes according to plan, Sal will be bred within the next 90 days and will have a wonderful calf next Spring. Hero will have done his male duty and spend the remainder of the year eating – until his ten seconds of manhood are needed again next year.

If all doesn't go according plan (which seems to be the pattern of things), well… let's just cross that bridge when we get there – shall we? 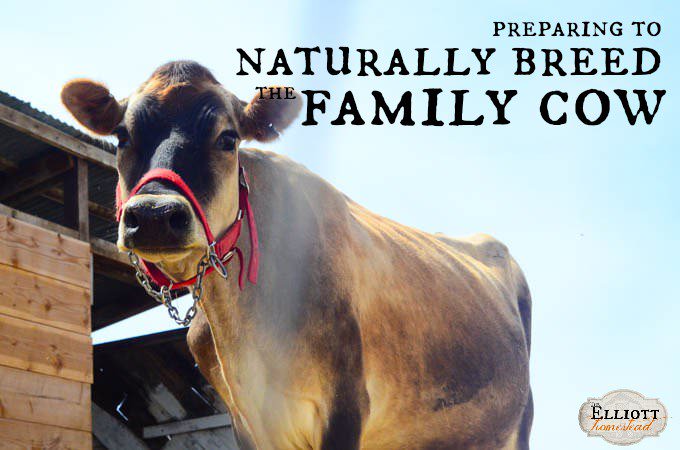 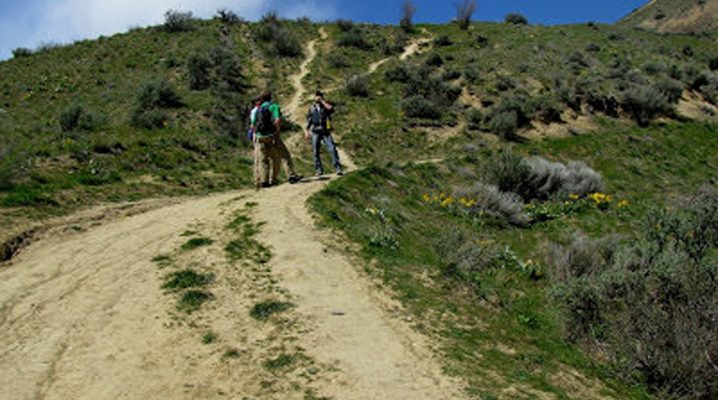 I hiked. I whined. I conquered.

I am a hypocrite.It’s true. While I write to you day after day about the health benefits of various foods, I fail to live up to the other 50% of… 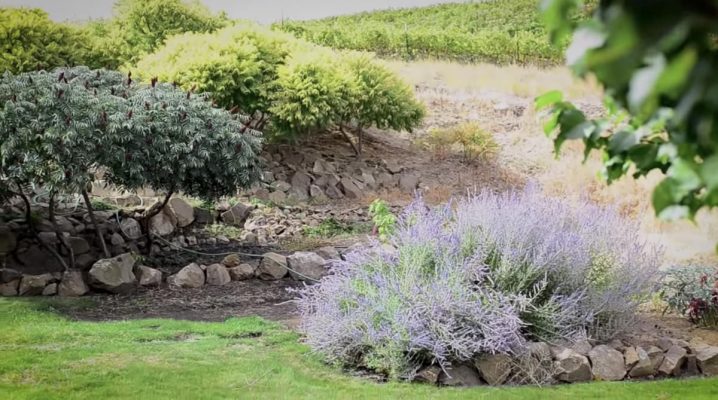 Escaping the farm for… 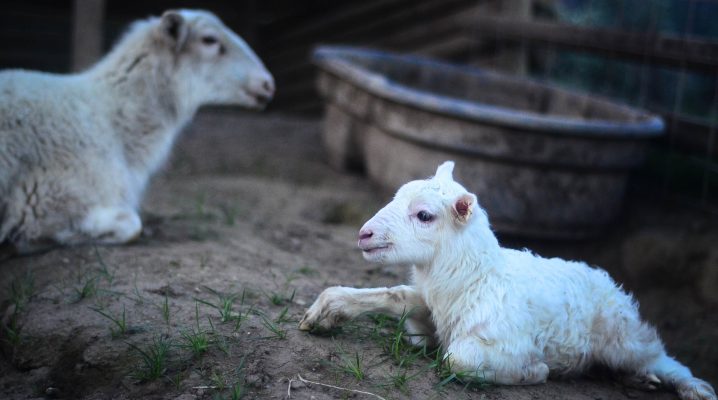 It is Finished: My husband delivered a few meditations at our Good Friday service yesterday, and as I sat there with my three fussing children, crayon wrappers littering the aisle, the…