I can see the progress in raising a years supply of meat.

Sure, it's been slow. And extremely difficult. And full of blood, sweat, and tears. But still – I can see the progress! And I'm so thankful that the land is beginning to bear fruit for us.

We made it a goal here on the homestead, last year when we began working this five acre piece of property, to produce our own meat. Ideally all of it. But at least some of it. Lawd have mercy – we're getting there! We've been digging fence posts, stringing hot wire, and building gates more often than I care to. Good gracious. That's hard labor. But as we prepare for the summer, fall, and winter ahead – it blindsided us how close we are to producing our annual meat supply. Wow! Could we actually do this?!

Mind you – it's anything but a self sufficient production. Our hay comes from a farmer down the road and that supplies our sheep (and cow) with their main food supply. Our pigs are fattened on grain that comes from within the state, but not grown on our farm. The meat chicken's grazing is also supplemented by grain from within our state. Frankly, I'm thankful to support this particular grain company – who sources only organic, non-GMO, and local grains. They're fantastic and I'm happy to put my money in their wallet.

That being said. We're still growing and harvesting the meat here on our farm – and that's something to get excited about. At least… if that's what you're into. Which, I totally am.

Raising A Years Supply of Meat

I don't track this as well as I should, but I would guess that our family of four eats about 10-12 pounds of meat per week. 5 of that usually comes in the form of a broiler chicken and the remaining 5-7 pounds is an assortment of beef cuts.

Thus, 572 pounds of meat produced on the farm is our goal. This allows each person (Stuart, myself, Georgia, and Owen) about .4 pounds of meat/day. We usually have two vegetarian meals and one meat-centered meal each day.

2. Then, let's decide on what type of meat to raise.

If you like chicken, by all means raise chicken. And if you've got the land for a steer or other large animal, by all means, utilize it! We run our animals on five acres here, only two of which has been “developed” thus far. The pastures are far from ideal and we're a heck of a long ways from conquering our watering system in this dry, desert climate. All of these factors went into play when deciding which animals we would like to raise for food.

Chickens: We run our meat chickens in a very large, open, outdoor pen where they can have access to grass, bugs, weeds, and sunshine. Even with growing enough for our family for a year, and providing them with ample space, we still only utilize a small fraction of land for their production. The other bonus is that they're usually harvest before they reach 11 weeks of age, so the land and time commitment to raising them is minimal.

We like to eat one chicken per week – this provides us with 3-4 meals plus stock. Thus, we plan for about 50 birds – one for each week of the year.

Pigs: One for us, one for my parents. Again, our pigs have access to a large, outdoor pen where they roll in their self-made mud puddle and lay in the sunshine all day. And again, even with ample room for rolling and frolicking in the pasture, they still require pretty minimal space. Plus, they make bacon. An ideal candidate to have on the farm. Our pigs were purchased from our hay farmer, just a quarter mile down the road. Don't tell my husband this but I'm really flirting with the idea of bringing a breeding sow onto the property…

We've already also talked about raising another pig next year – we'll have another mouth to feed and our other kiddos will be getting bigger and more hungry, no doubt! But for now, one is enough.

Sheep: Adding meat sheep was a great move for us. Much of our land is rocky terrain that is too steep for a cow to maneuver easily. Bringing the sheep onto the farm will be a great way for us to manage this scrubby landscape and with proper time, care, and good management – turn it into healthy pasture. Sheep are quick to fatten – often ready for harvest at just ten months old. They also don't require a ton of feed or any grain, happy to graze and munch hay for their calories. We added breeding stock this year so that we can self-replenish our meat sheep harvest each year with new lambs.

We will most likely raise anywhere from 1-4 lambs each year for butcher, depending on our ewes.

Rabbits: We raised meat rabbits in Alabama and loved the ease and quick harvest they provided. Though we've yet to get them set up on our new farm, we'd like to have our rabbit system in place before this next winter. We could easily be harvesting fresh meat all winter long! They're cheap. Easy. And actually extremely delicious.

Chickens: Last year, our broilers dressed out at about 4.5 pounds each. At fifty birds, that's roughly 225 pounds of meat. On top of that, we utilize heads, feet, and bones for chicken stock. The liver, lungs, kidneys, and any extra trimmings go to the dog which provides him with food (we don't purchase dog food). The feathers from the chickens are used as mulch in the garden beds, along with the blood. Nothing is wasted.

Pigs: Since this is our first year raising pigs, it's sort of a guessing game. Our pig farmer just came by to see our pigs and said that ours are about a month ahead of where his pigs are at the same age – they've been eating Scratch ‘N Peck Pig Grower, tons of food and garden scraps, and about two gallons of fresh, raw milk each day. On top of that, they also get the leftover whey from my cheese making. I'm estimating them to be a little bit above average when it comes time for harvest in October. I'm using my friend Quinn's stats from her homesteading hog raising to help me guesstimate my yield – her's has consistently been around 200 lbs. of meat per pig and like Quinn, we'll be utilizing EVERYTHING. Lard, organs, and odd bits included.

Sheep: Again, newbie here. But I'll try my best to guesstimate. This year, we'll be harvesting one lamb – a ram lamb. He'll be about 10 months at harvest, which won't be until December – even January, if we feel like he could benefit from another month of eating. He'll be fattened on alfalfa/grass mix, scrubby pasture, and whatever garden scraps I'm feeling generous enough to share (those sheep sure do love lettuce!). Because this is our first year, it's hard to know what to expect but drawing on other's experience, I'll give it my best guess. And (sorry to be repetitive) but everything from the lamb will be utilized – either for us or for the dog.

(oooh! and I totally forgot about the turkey! let's tag on another 15 pounds for him!)

4. Where does that leave us?

605 pounds of meat would help us reach our goal and then some! Though, let's be honest. Nothing ever works as well as we expect it to. The likelihood of all 50 broilers making it to harvest is minimal. Perhaps the hogs will weigh less than I planned. And, Lord have mercy, what if something happens to the lamb?

It's all part of farming. And as you can see, for the smallholder (that's what Hugh from River Cottage calls us) an animal loss is a huge deal. Because of this, I'd like to prepare to raise more meat than we need. Supplementing with rabbits will help, although they are a fairly small contribution (weighing in at about 3 pounds/each). Another lamb or two would be nice, but that will have to wait until next year when our older ewe has her first lambs. We also have a fantastic rancher just a few minutes away that raises beef for us – we are happy to continue purchasing our annual quarter to supplement the red meat supply.

In a way, raising meat is sort of like gardening. You have to always plant extra, knowing that some seeds will be lost to the birds, others ravaged by ants, and even others will be lost to disease. Calculating loss into the equation is essential if we're actually going to make it on what we raise here on the farm.

– Raising your own meat is possible! Most people think they need to stop at a vegetable gardening, simply because of space limitations but it's possible to raise meat – even in your backyard! Chickens and pigs both require minimal space. Even lambs can get by in a fairly small area. We give them room to graze pasture because we can, but I know plenty of folks to raise their animals on acre plots in town.

– Don't expect your meat raising to go as planned. Oh wait – did I say that already? Nothing. Ever. Goes. As. Planned. Plan and prepare with a backup. Ya know. Just in case.

– Enjoy your animals while you have them. They're dying for us to be sustained and I think that's a pretty amazing provision. It's important to be thankful and to take good care of them while you've got 'em.

As always, I'm thankful for the Lord's provision in His creation. He's given us land, able bodies, willing hearts, and the opportunity to raise this meat for our family this year. How thankful we are!

There is bacon at the end of this long road. I can smell it from here… 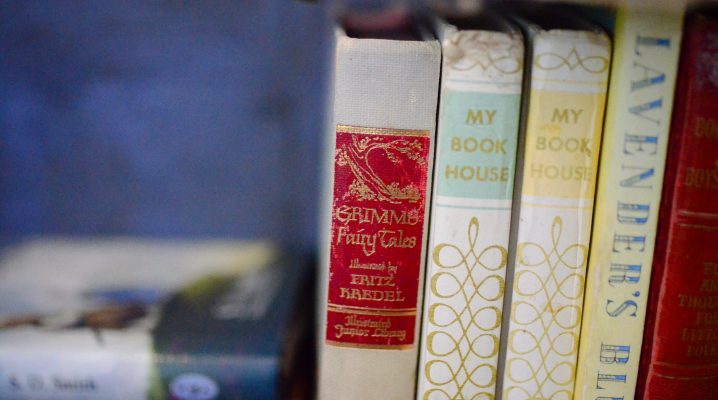 Homeschool: Deal with the Dark – Part 1

By Stuart “A safe fairy-land is untrue to all worlds” -J.R.R. Tolkien Mention homeschooling in conversation and you will inevitably get a variety of responses ranging from general suspicion to… 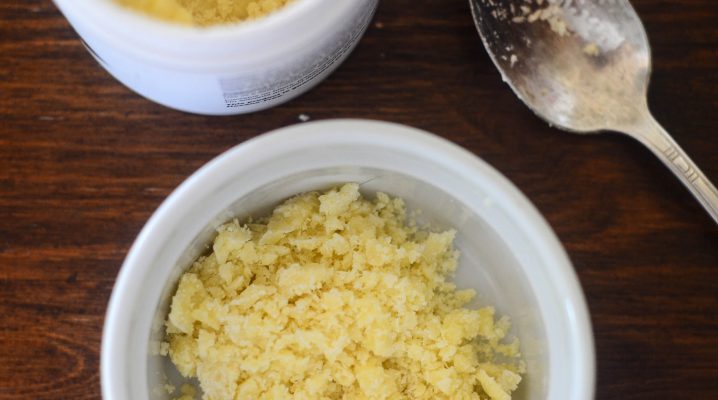 What? Don’t give me that look. Have you ever experienced the first few days of nursing post baby? They can be rough. So when I attended by sister’s baby shower… 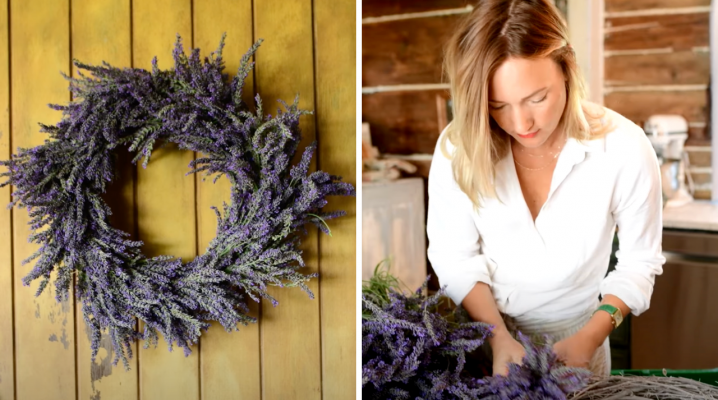 Here’s What To Do With A Gigantic Lavender Harvest!

I was blessed to pull a huge lavender harvest from our lavender bushes this year. Lavender tends to be a short lived perennial so my five year old bushes are…