I showed up at my parents house last night for supper, battered, bruised, and on the verge of tears. They, as always, ushered me in, handed me a cold beer, entertained my children, and allowed me to vent.

You see, sometimes homegirl needs to just some things off her chest. Sometimes, it's gotta get out of my insides so that I can be filled one again with goodness instead of rage and frustration.

Yes. I'll admit. I was full of rage and frustration. 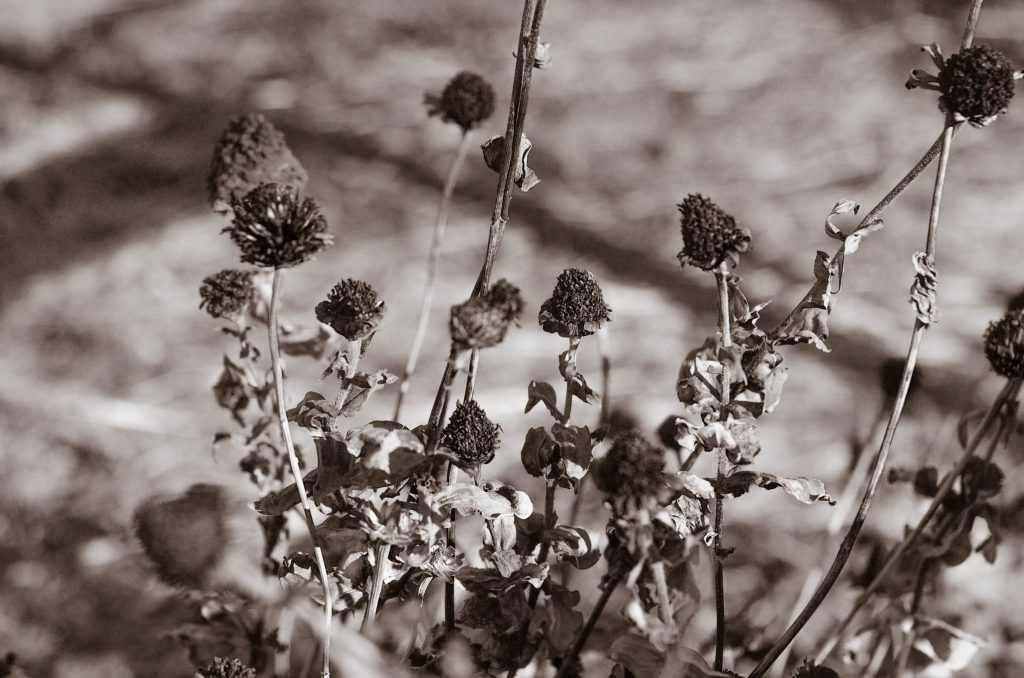 You see, last weekend it was beautiful. We joyfully pulled the remainder of the tomato plants from the garden and sprinkled on winter rye seed to put it to bed. The sheep were sunning themselves on the bare hillside. Sally, newly pregnant, seemed quite pleased with herself as she warmed herself against the side of the metal shop.

And then… and THEN… all hell broke loose.

Because overnight, temperatures plummeted into the teens and remained that way for the next six days. 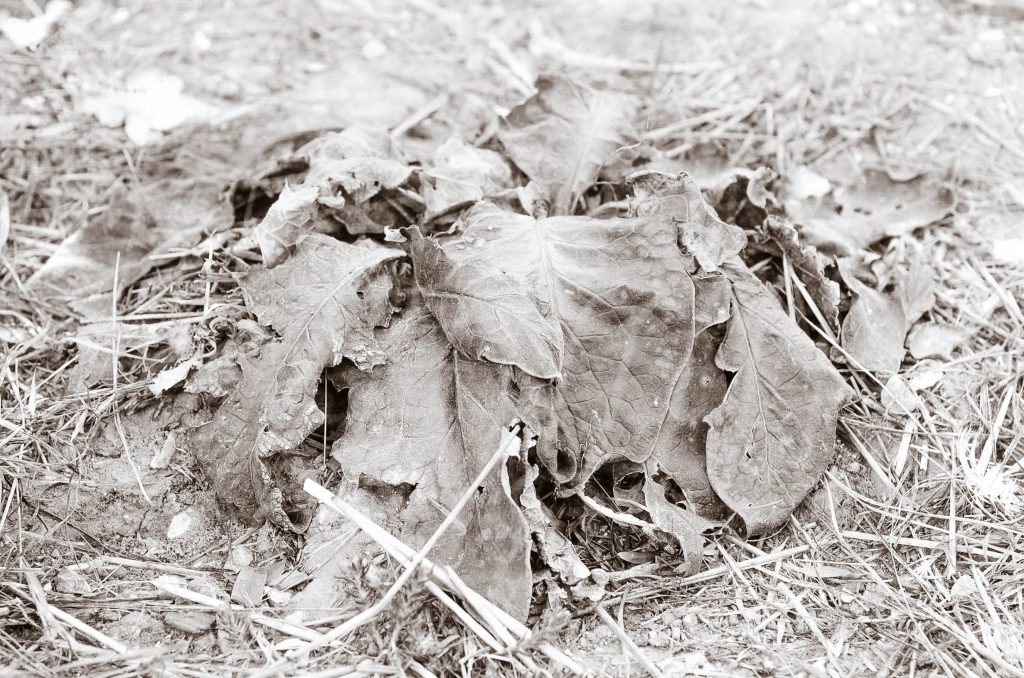 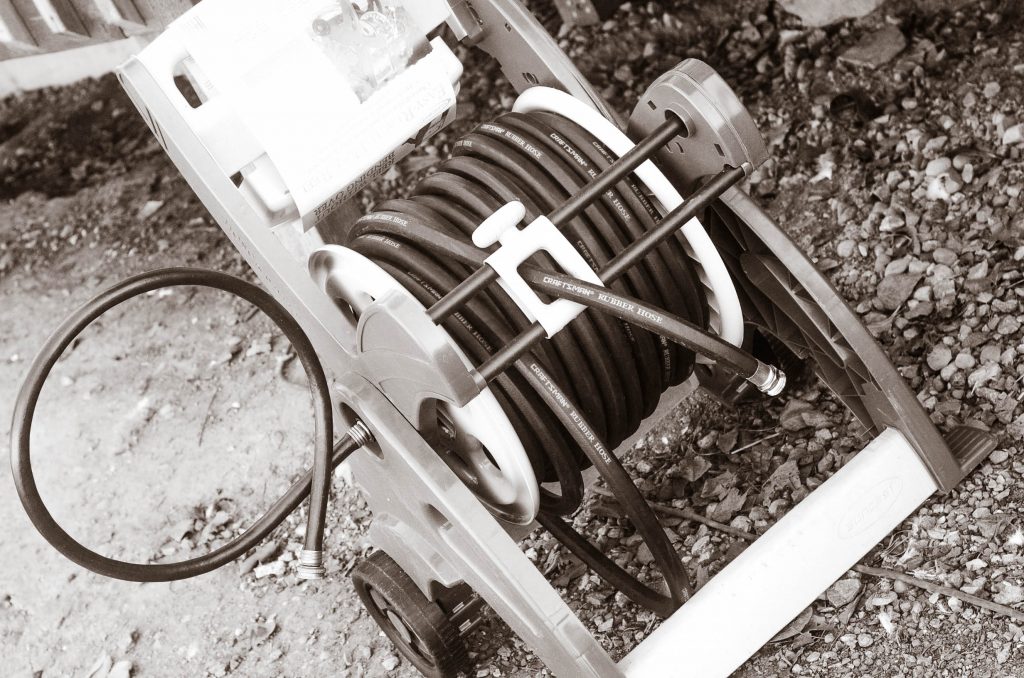 Hoses everywhere were frozen solid. Pipes remained needing to be drained. The chicken water was an ice block. It was far too cold to move our meat birds out into their outside home, as we had originally planned. The sheep stood at the fence, letting their discomfort be known to the world.

Needless to say, we were ill prepared. 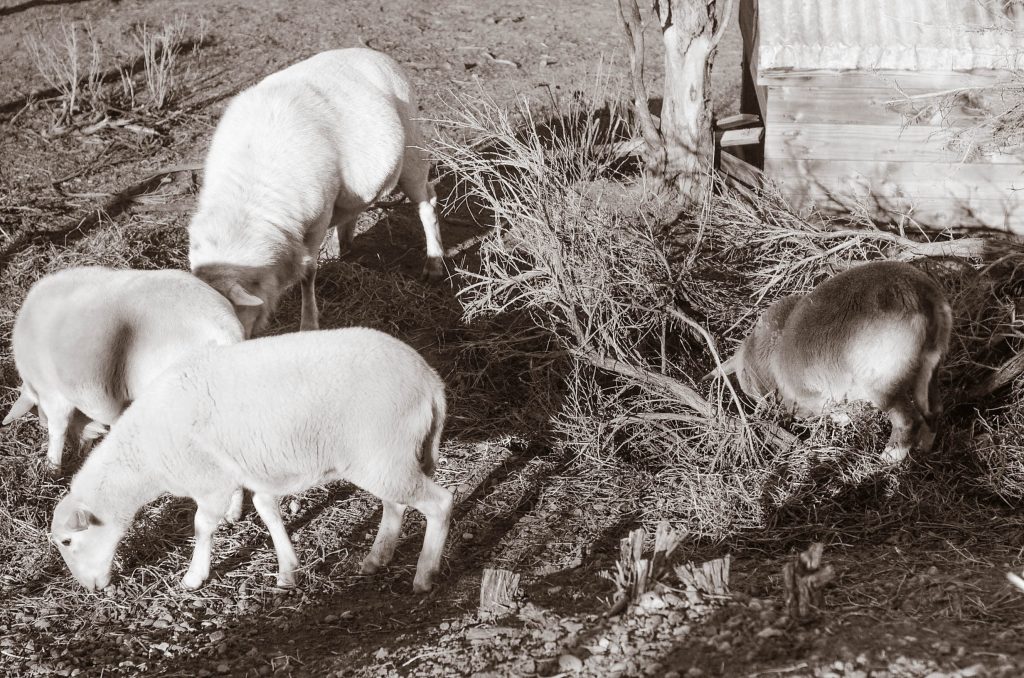 Four hours before showing up at my parents house, after lugging buckets and buckets of water from the kitchen sink to the chicken coop… chicken tractor… cow pen… and sheep corral, I knew I needed to capitalize on the kiddo's nap time and get some of this winterizing taken care of. I had run to our supply store earlier in the day and picked up a few extra water heaters (we like these kind), heat lamps (for the milking parlor and the meat chicken coop), a hose winder (to help drain the water out of the 225 hose we have to run down to Sal's pen), vegetable shortening and sugar to make up some grease patties for the bee hives, and even a nice, plush blanket for Toby to lay on as he warms up inside. I was sittin' pretty.

Until I tried to do everything. At which point the world imploded. 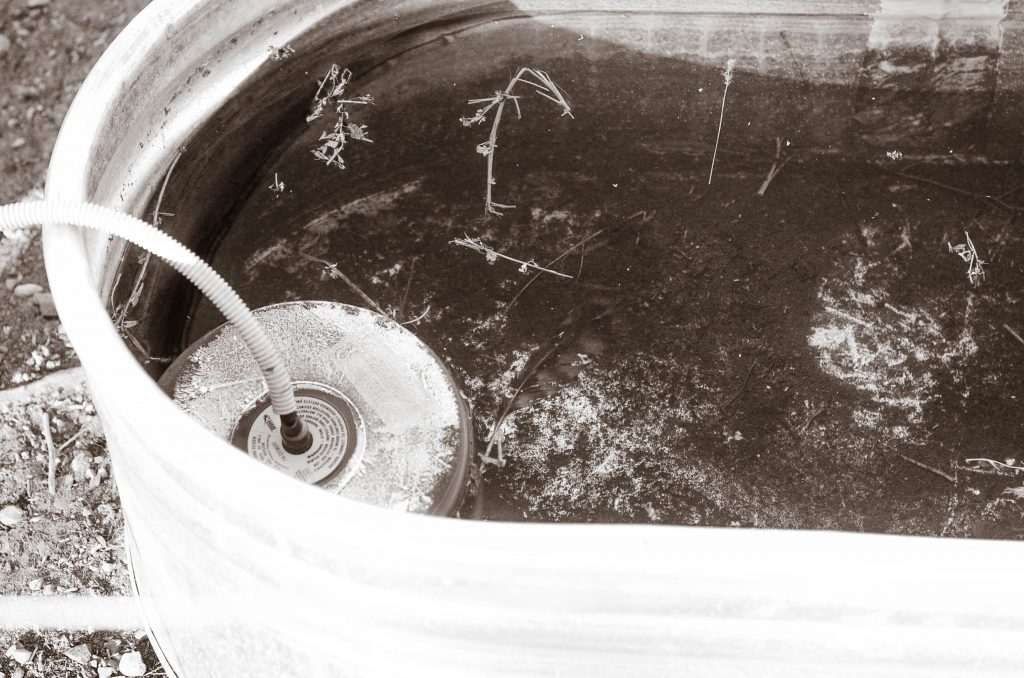 Despite my best defrosting techniques, the hoses remained frozen solid. So solid, in fact, that it took me over forty five minutes just to disconnect the hose from the pipe (as you can imagine, I totally kept my cool and patience during this time… especially since I was laying on my stomach on rocks, underneath the house, with my arms stretched out trying to disconnect it at an impossibly difficult angle… yep, totally kept my cool).

After a few choice words with the hose and enough stubbornness to shame a mule, I was finally able to disconnect the hose.

The sheep continued to shout at me. Yeah, yeah, I know jerks… I know you're thirsty… I'm trying. Quit badgering me\. I'm doing my best!

My only choice to defrost the hose at this point was it to take all 225 dirty feet of it through my laundry room and into my bathtub. Which, as life would have it, had just been completely scrubbed clean less than 12 hours before.

30 minutes of warm water later, the hose was at least beginning to resemble a hose again – and less like a gigantic, stiff pencil. 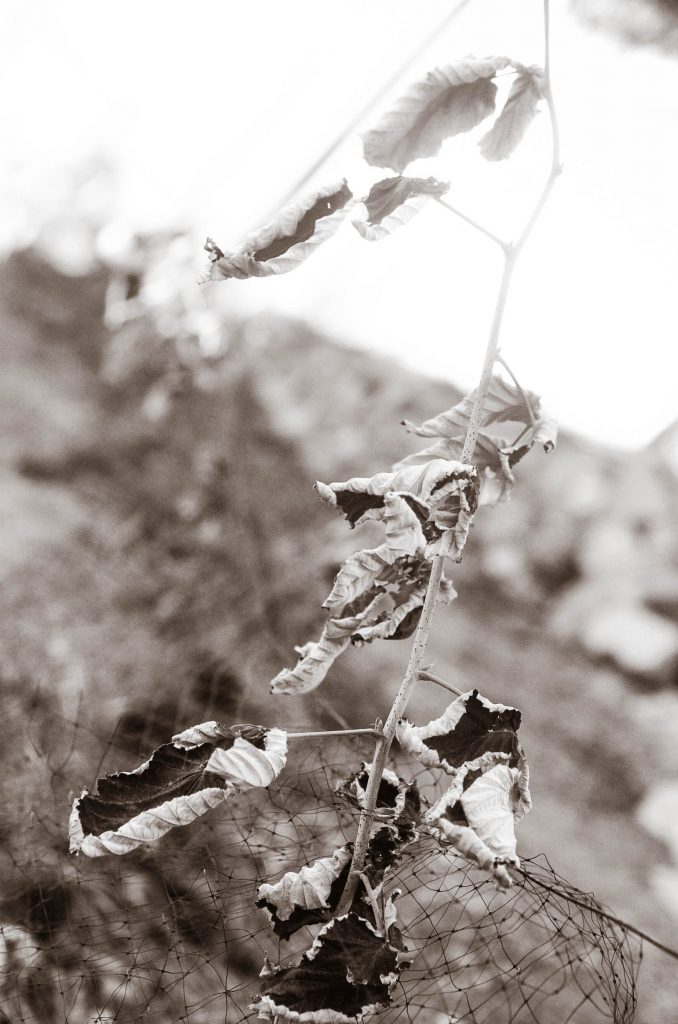 While the hose continued to defrost in my now-disgustingly-dirty bathtub, I threw on my bee suit to stick the grease patties into the hives, remove the top deep of honey, and put on an empty box with a rag inside to catch any condensation (more on winterizing bees later…). In doing so, and in my tizzy, I forgot to zip my hood up all the way. I continued on with my bee business, attempting to remove the 80 pound deeps of honey from top of the hives. Literally. They weigh 80 pounds.

I tried to lug them up the super steep hill that faces the hives but found myself exasperated and exhausted. Plus. Ya know. There were bees everywhere.

Who, by the way, quickly discovered the open gap in my hood. Because before I knew it, my suit was filled with bees, buzzing around my face. Like a freak, I began to run down the driveway, spastically peeling my clothing layers off one by one.

My bee hood went flying. Then my gloves.

… I kept running and threw off my sweatshirt. Frantically, I swatted at my head which was still swarming with bees.

Before I knew it, I was practically undressed. Running around in circles in my neighbors driveway. SCREAMING. Waving a wad of hay around my head like a maniac (in my fight-or-flight distress, I obviously thought that a handful of hay would give me something to swat at the bees with to get them out of my hair, when in fact, it agitated them even more and turned me into a scarecrow).

My adrenaline was pumping. And I couldn't shake the bees. Nor could I run very fast in my winter boots (ya, that's it, I'll blame my poor conditioning on my winter boots).

“Forget it,” I thought. “I'll stop fighting, let them sting me, and then just give up and die. Right here. Practically naked. In my neighbor's driveway.” 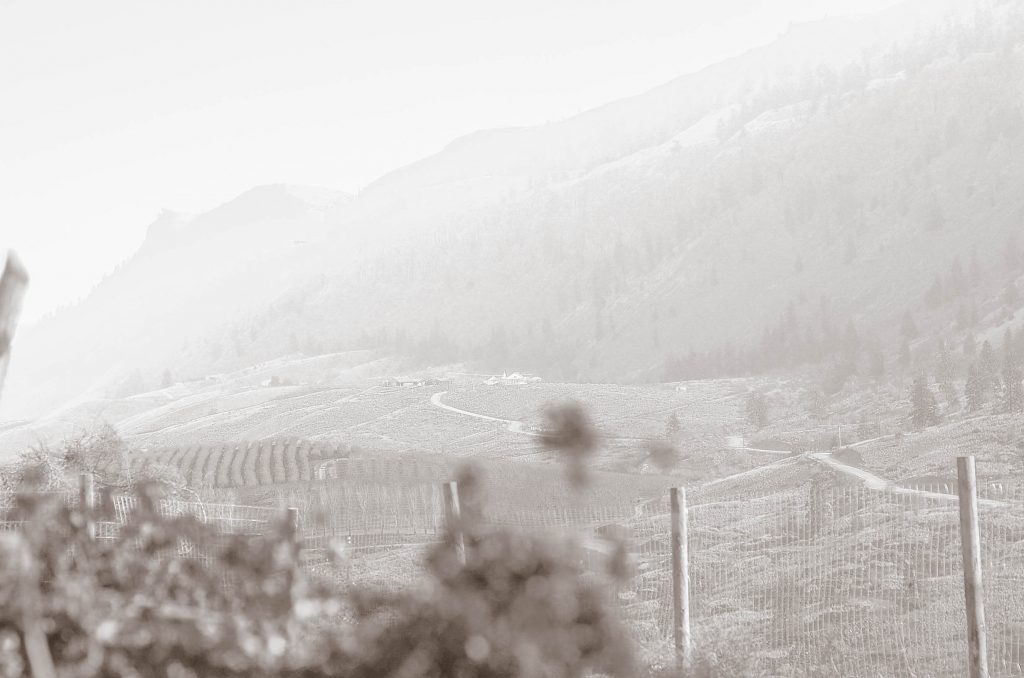 My hell-of-a-day continued. As I ran up our steep driveway away from the bees, I tripped. Ah yes. Yes, I did.

I came back up to the house, after somehow managing to escape the bees, leaving a trail of honey boxes, bee equipment, and clothing down the path to the hives. I opened the door to find three screaming children. Ah yes. Yes, I did.

I'd like to say my  battle ended there, but in truth, it didn't. There was a variety of experiences after that that solidified it as the day I Officially Wanted To Quit Farming. And this isn't even taking into account the completely flat tire I'd experienced while driving into town earlier in the day. But let's just fu-get-about-that (and the fact that my van is still parked at my sister's house with no way to move it). But, through sweat (literally), blood (literally), tears (literally), and a few shouts of frustration aimed towards the heavens (literally), I eventually got the hose to run, the water heaters installed, the cow milked, and the animals fed.

As you can imagine, when I showed up at my parents, I was finished. Stick a fork in me. I'm done. 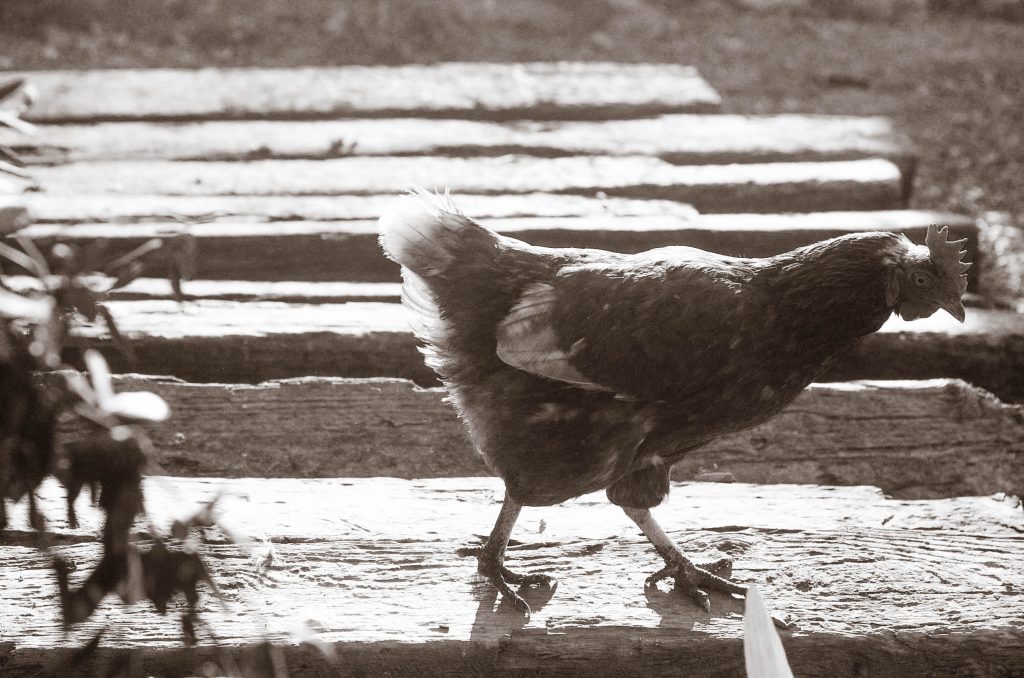 I slowly sipped my beer, observing the chaos of children around my feet and questioning what I'd chosen to do with my life. Part of me felt weepy. Part of me still wanted to punch something. And the other part was so physically tired, it hurt to care too much about what had just happened.

…but as all things do, the feeling passed. After a delicious meal, another beer, a warm mineral salt and essential oil bath, a hot cup of Mother's Milk tea with raw honey, a warm blanket, and a few hours with a new beekeeping book, I was feeling better. Not great. But better.

I woke up this morning to animals bellowing, letting me know they were ready for breakfast. It was 15 degrees outside. And yet, duty called.

This is life on the farm. This is the reality of this lifestyle.

There are good days, horrible days, and incredible days. And despite my frustration at the moment, I know that the good days will continue. 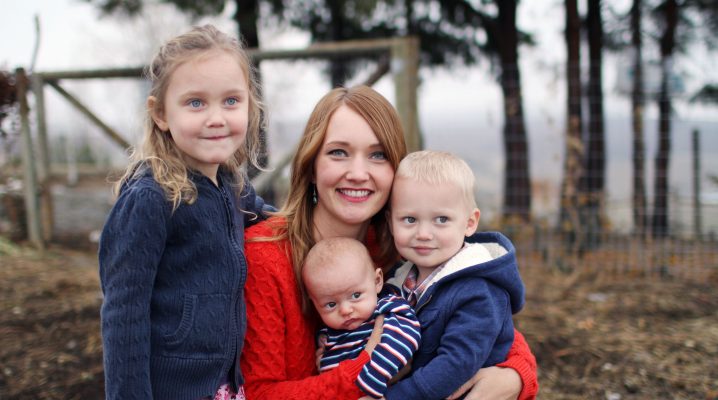 Today, I’m 29 years old. Twenty nine. Twizzledy to the nizzledy.  (…that was gangster talk for ’29’). Yes, my dear friends, today is my date of birth. Twenty nine years… 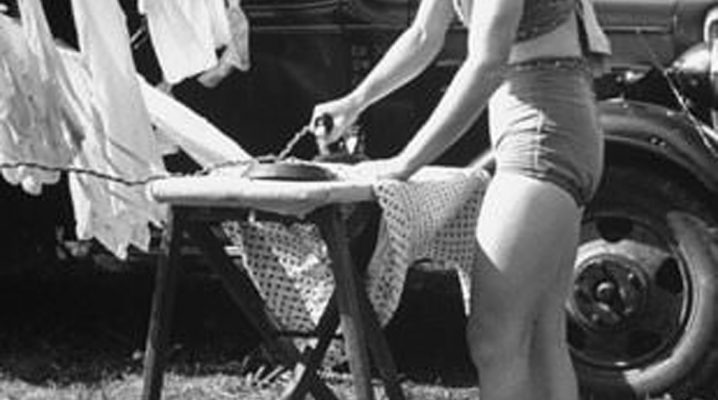 I’m tryin’ to up my game in my marriage, people.  You know, really keep the hubs happy.   Heck, I may even shave my legs tonight and let him know… 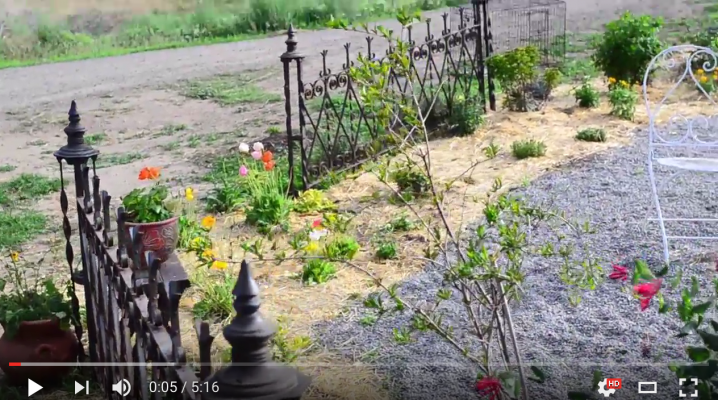 There are so many special details to share with you about the new potager, but in the meanwhile, I’ve recorded a short video to give you a little garden tour…