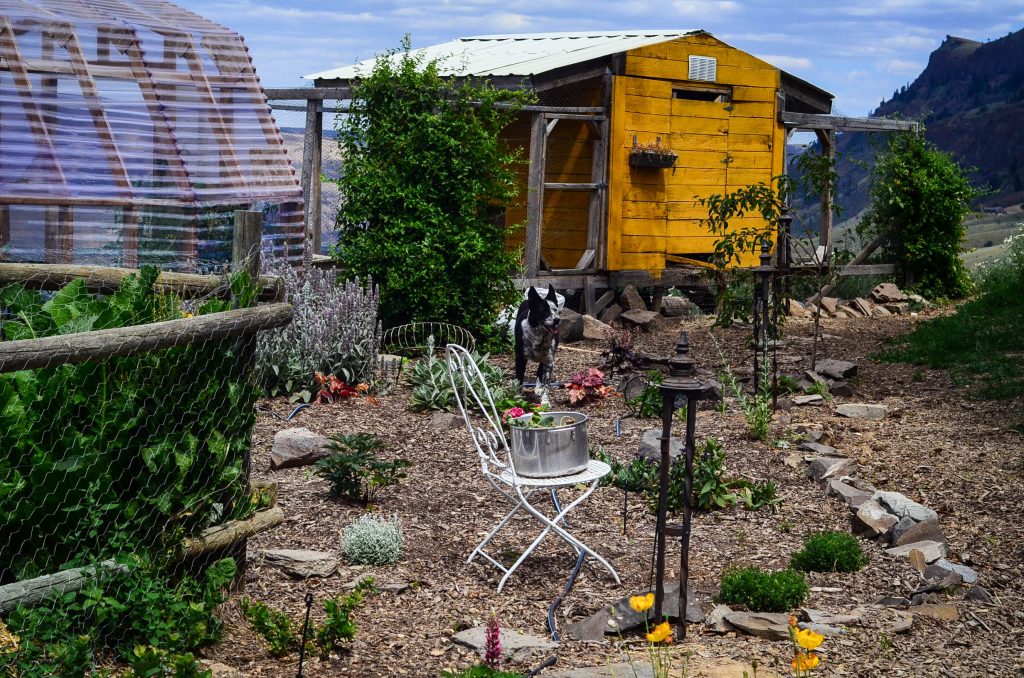 It's currently 189 degrees. Or something like that. Which makes me thankful that we worked on planting our potager weeks back when the weather was less… boiling.

And even though it's not complete, it is growing!

Care to take a peek around with me?

The Potager Garden: Assessing The Progress

Full confession: I'm going to show you my retaining wall that fell. It's sad. It's horrific. I'm still mourning over it's loss. My brother in law is coming to help us fix it in a few weeks, but until then, I'm going to sit and weep and cry over the three berries plants and twelve lavender plants that died in it's tumble. For a brief fleeting moment it was irrigated, edged off with an antique iron fence, planted with flowers, and mulched to perfection. 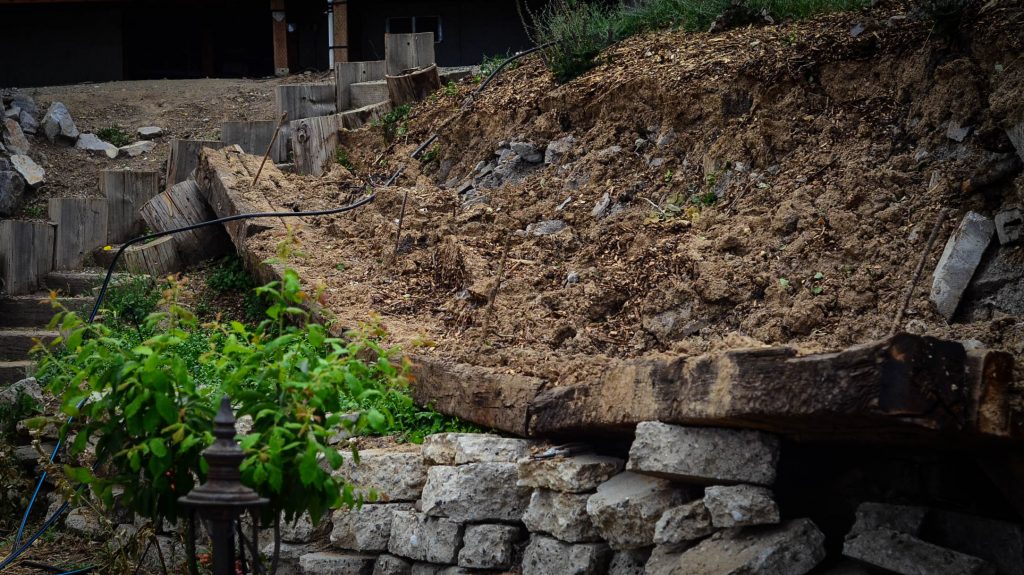 Then, one day, it tipped over. The wall stayed together, just sideways.

Can we change the subject? It still hurts my heart to think about all those lavender plants stuck underneath it that I can't get to until we bring a backhoe up from the neighbors.

*Shaye hangs her head and weeps*

…on to happier sections of the potager… 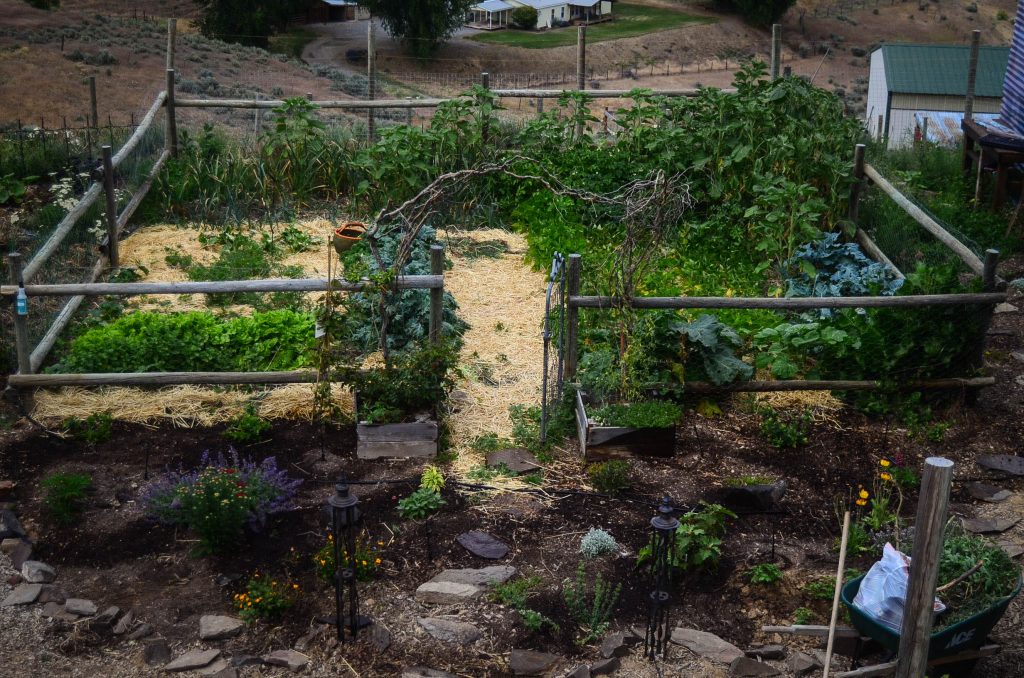 The lower kitchen garden is really filling in. In fact, a bit too much! The sunflowers were all volunteers from last year's sunflower crop. We allowed the chickens to come in a peck away at the soil last fall and in doing so, allowed them to spread the sunflower seeds all over the garden! I've pulled a few that were just too obscure, but for the most part I've just let them grow as they wish. A little free-style gardening, baby.

Potatoes need to be mounted with soil and the garlic is ready to be pulled and braided for winter storage. Perhaps a few purple cabbages will take their place? 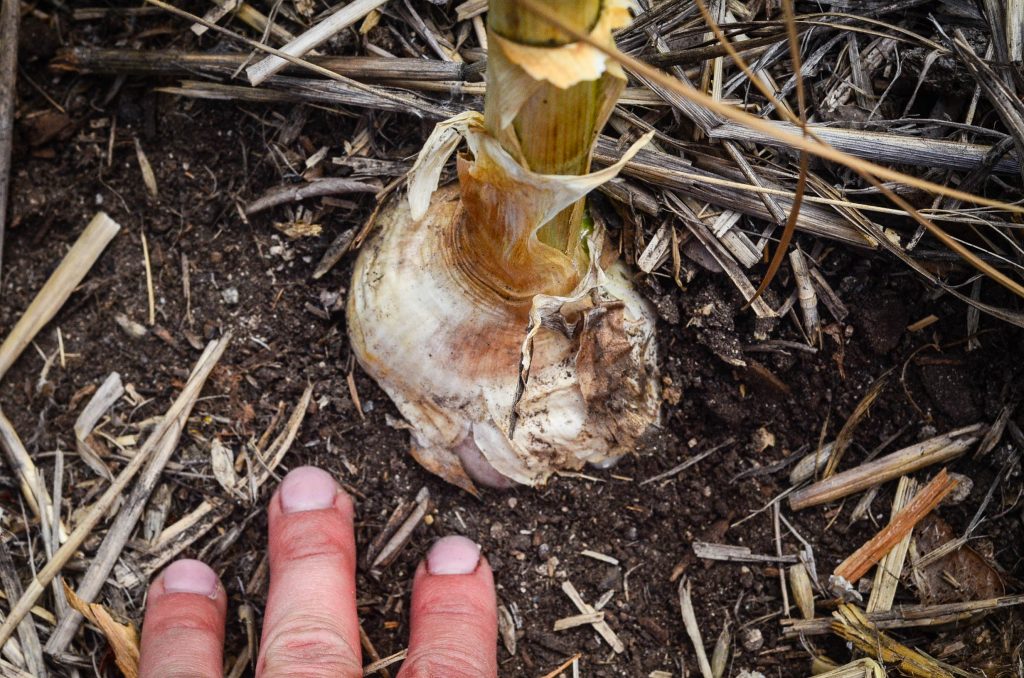 My Irish Annie beans are growing aggressively. I'm hoping for more than 25 dried beans this year. (There's many reasons I'm not vegetarian… the ineffectiveness of growing dried beans in the garden is one of those reasons). 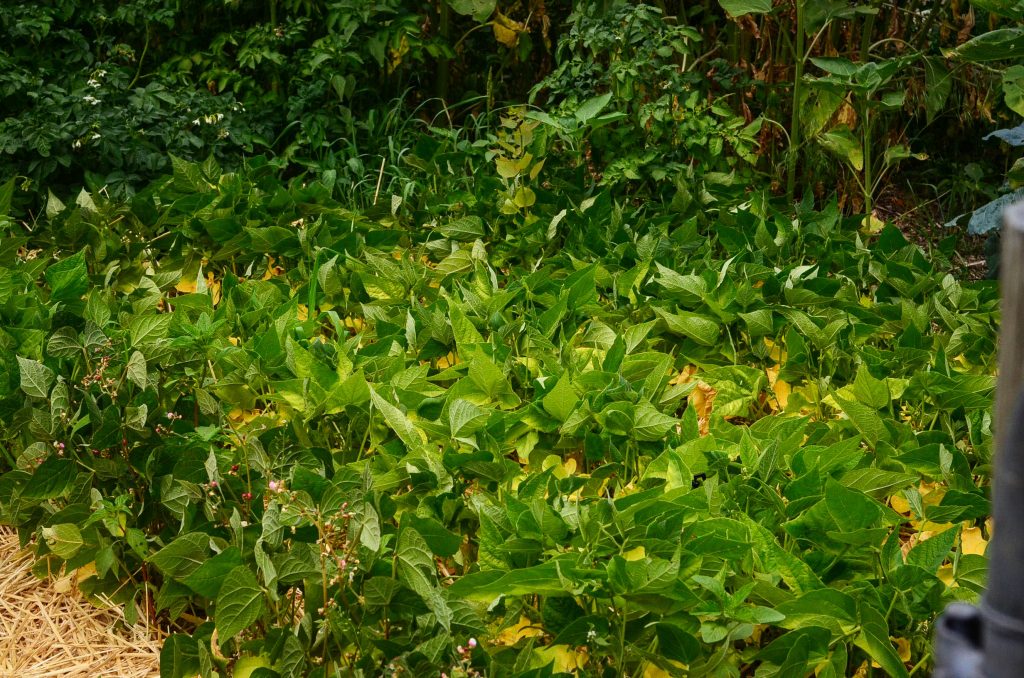 Hydrageas, peonies, russian sage, strawberries, blueberries, clematis, goji, oregano, succulents, poppies and a variety of flowers and shrubs have taken root and are slowly developing, much to my gardening delight: 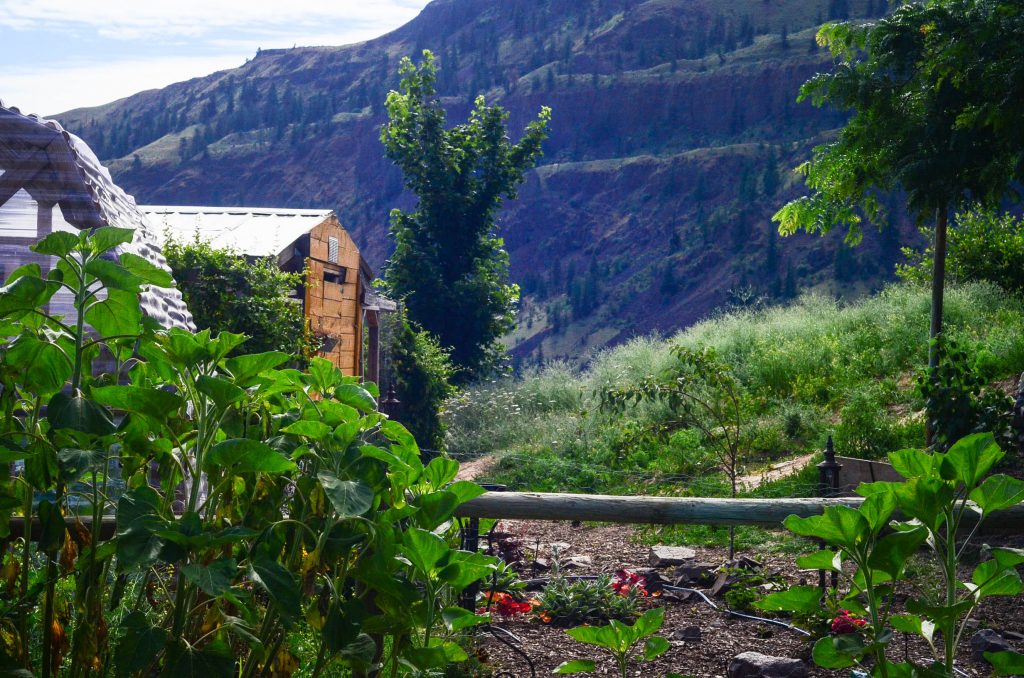 And the lamb's ear that was planted last year is really filling in! It's amazing what a year of growth will do! 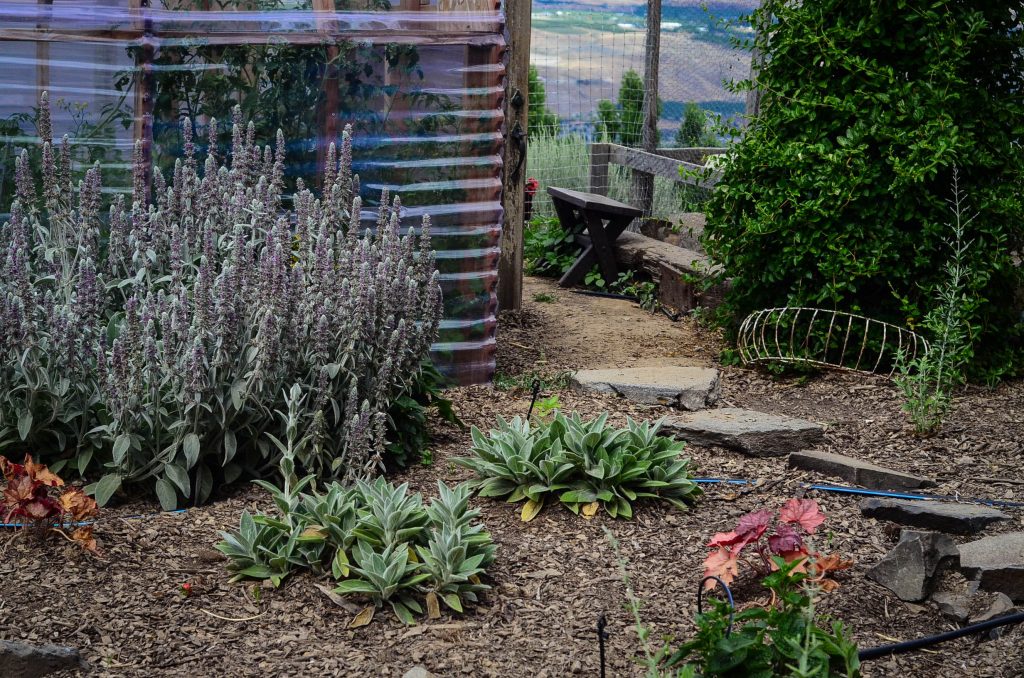 Up in the upper potager, the tomatoes are unruly as ever. As is my child. 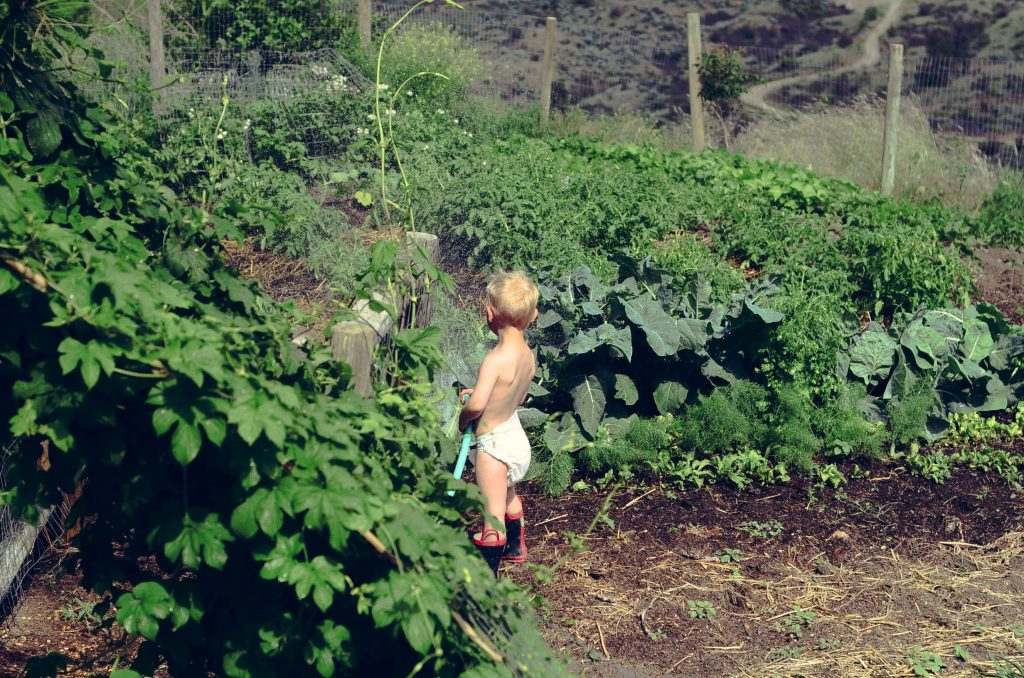 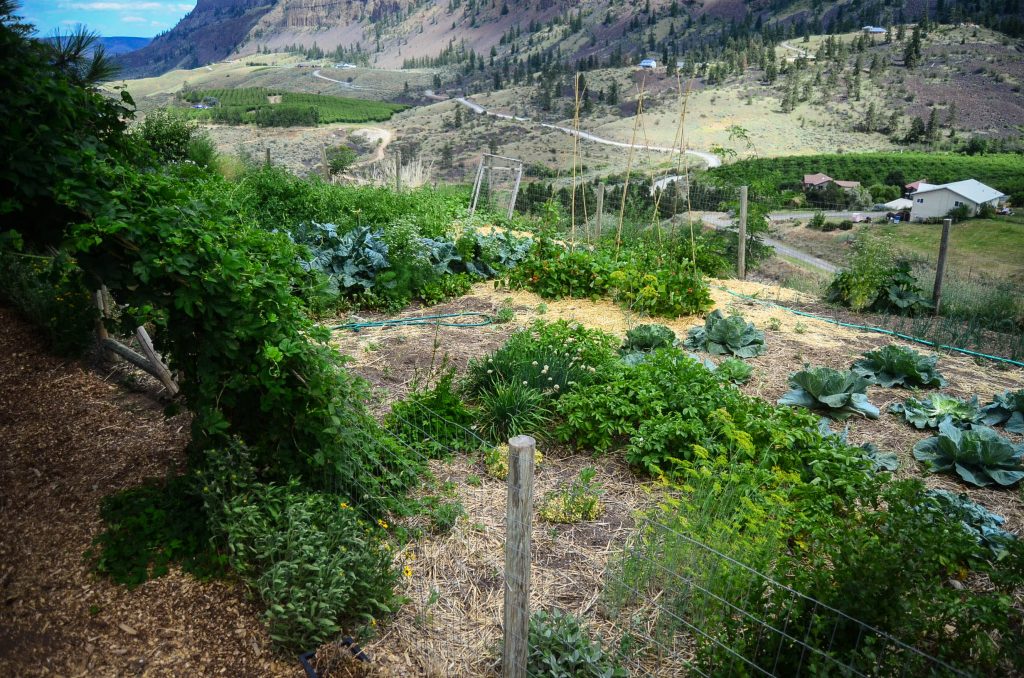 Scarlet runner beans are beginning to ascend towards the heavens. 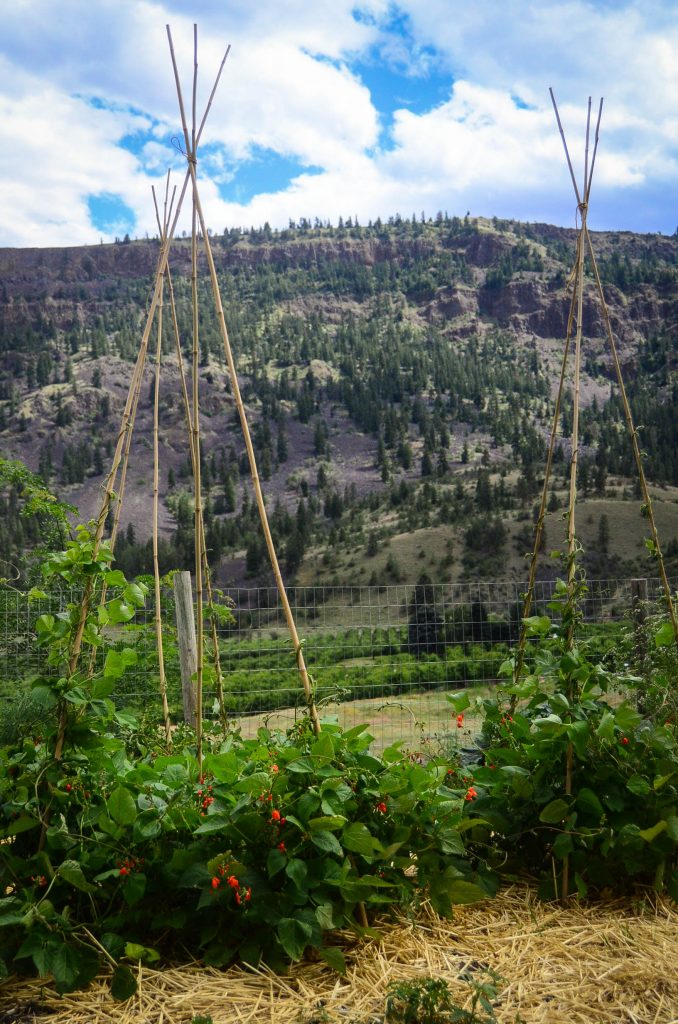 Yellow of Parma storage onions are finally starting to take off. 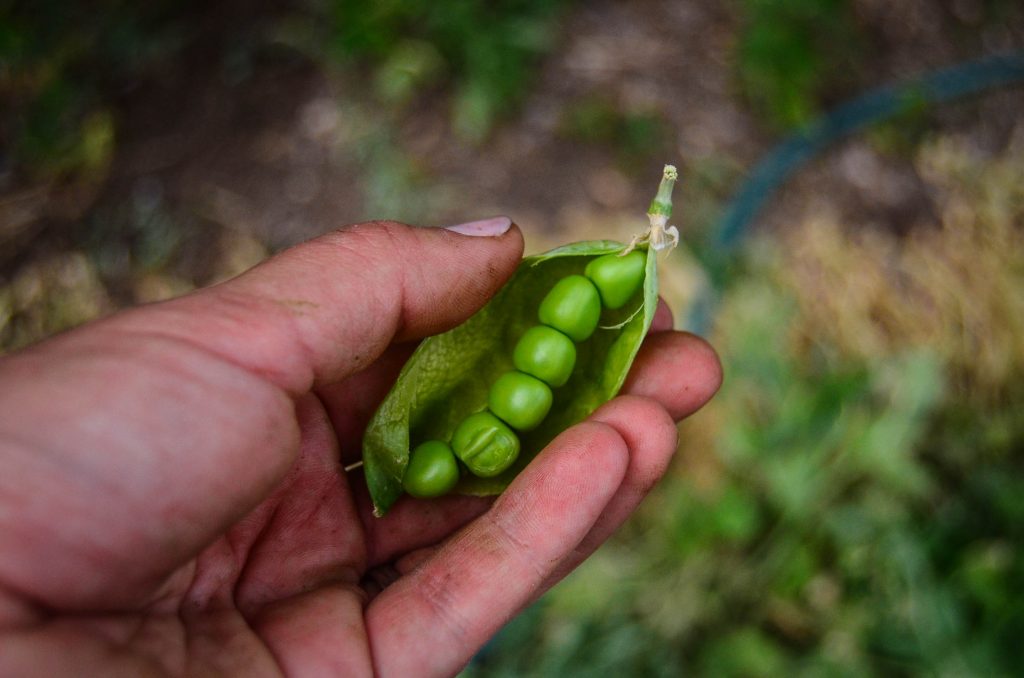 Currants and gooseberries are ready for harvest. As are the shelling peas. 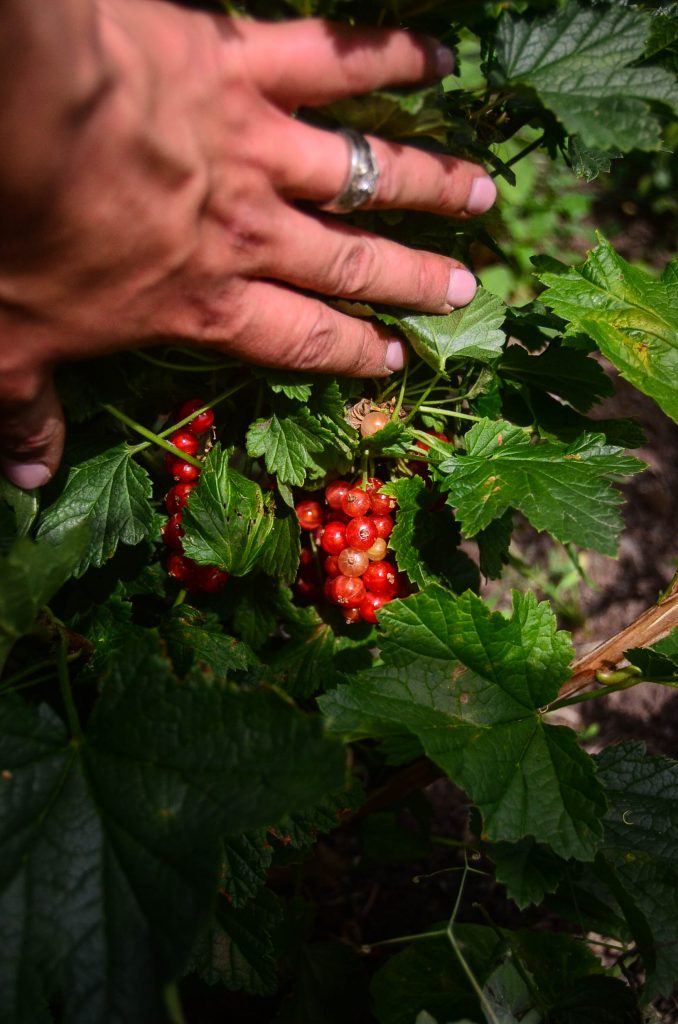 Oh wouldn't ya guess? Potatoes up here need to be mounted with soil too! Hey Shaye, get off the stupid computer and get to work in the garden already! Can't you see it needs your love and tender affection constantly? 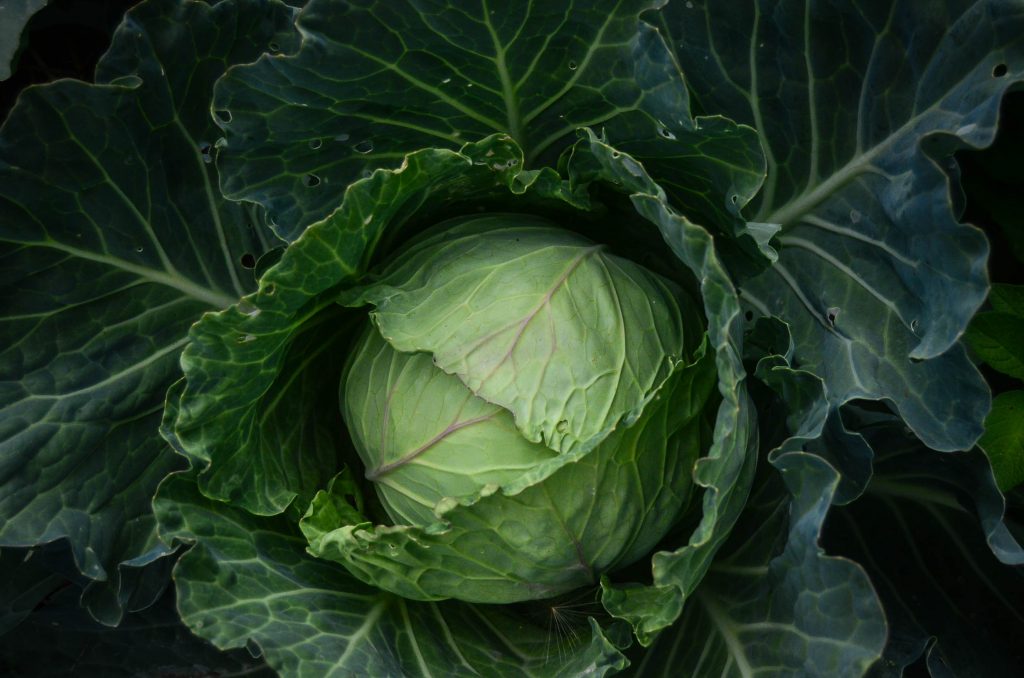 Herbs and greens are bountiful, as always. And even if the cabbage worms are getting to them, I don't mind so much. There are plenty to go around and my kids love picking the zillions of little green worms off the back of the leaves. 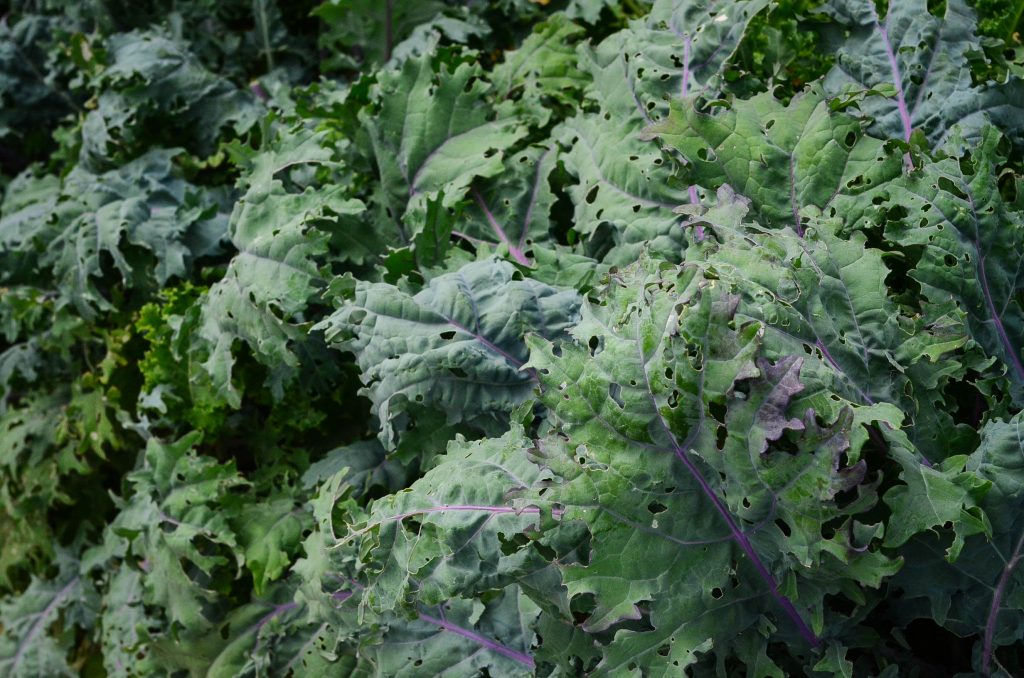 One of my most aesthetically pleasing pieces of the potager, my greenhouse, is like a jungle… beaming with unruly tomato plants and the most incredible peppers I've ever grown! Note to self: peppers + greenhouse = true love.

The next big project in the potager will be to fill the walkway with pea gravel. Not gravel. Pea gravel. Big, beautiful difference. It'll be about five pickup loads worth though, so we're waiting for a few cool days before we pick up those shovels. Because, as previously stated, it's currently boiling. 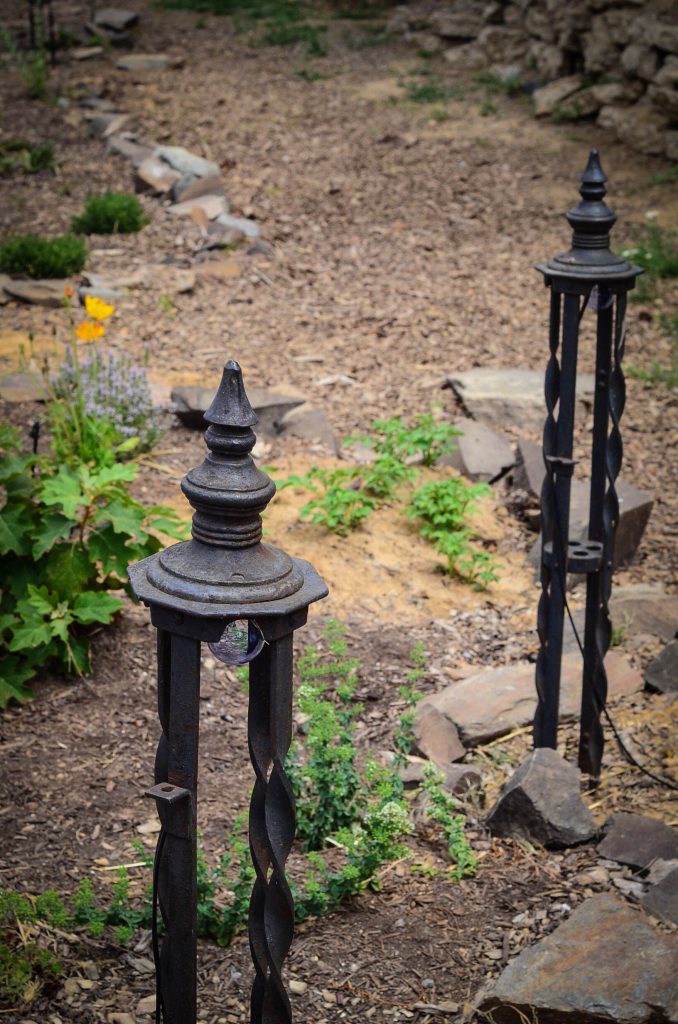 And speaking of projects, one of the extras that Stu took on was to wire lights into our antique iron fence posts. They give a wonderful structure and glow to the garden at dusk. 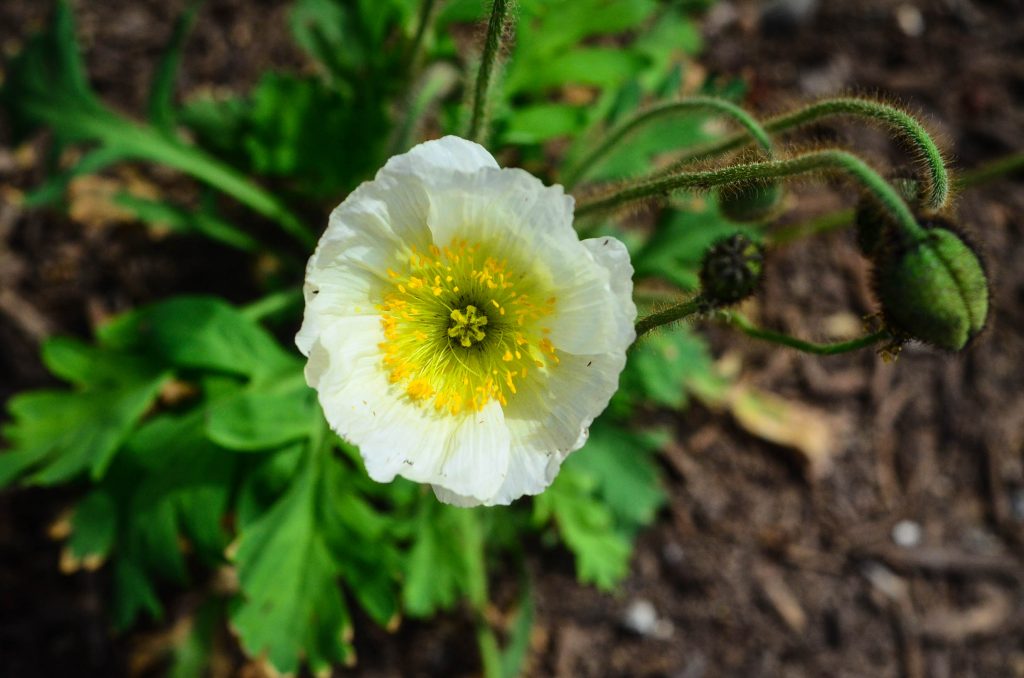 So much garden. So much weeding. So much pleasure! 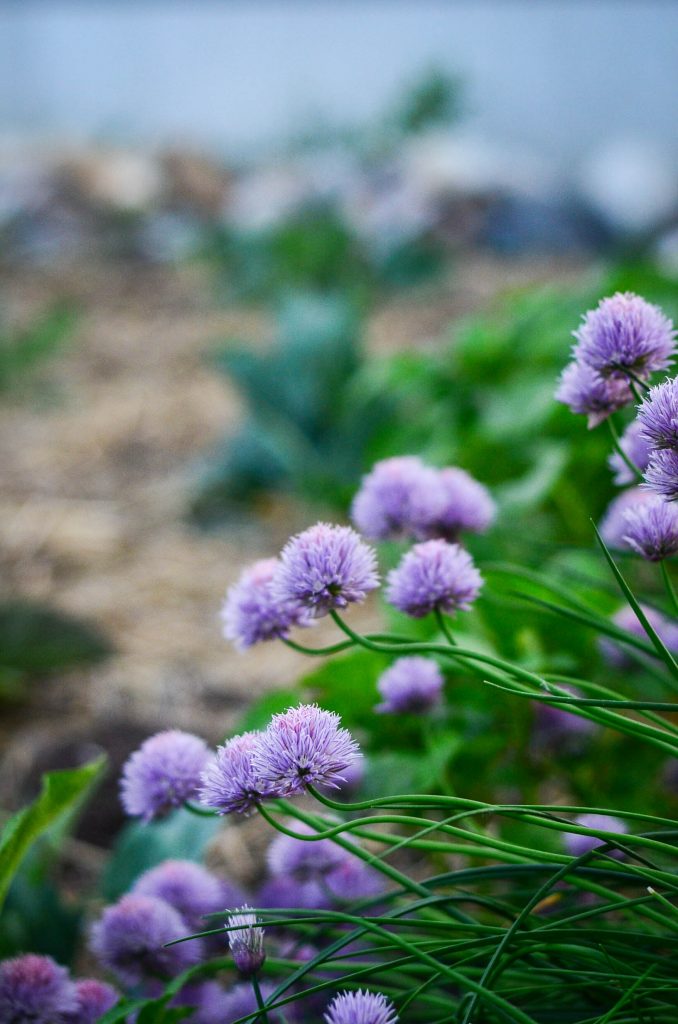 Speaking of, I really better get out there and get to work! The babies are napping, the husband is preparing for his sermon on Sunday, and I can sneak away for a few minutes alone with worms, blossoms, and raspberries. I'll take that opportunity any day! 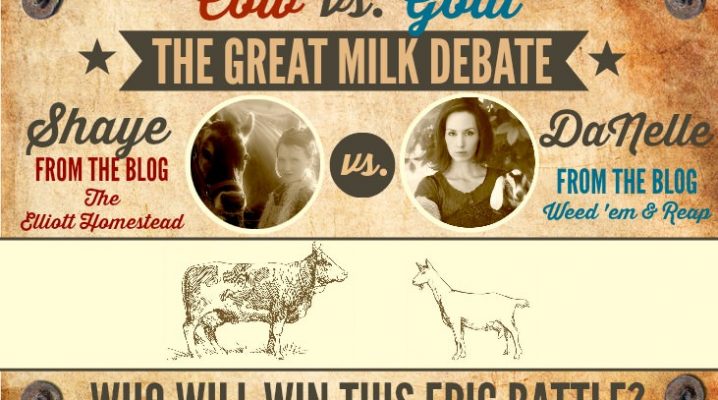 I’ve tried to pretend, but I just can’t anymore. Cows are better than goats. Before you goat people go on and hate me forever, I think it’s important that you… 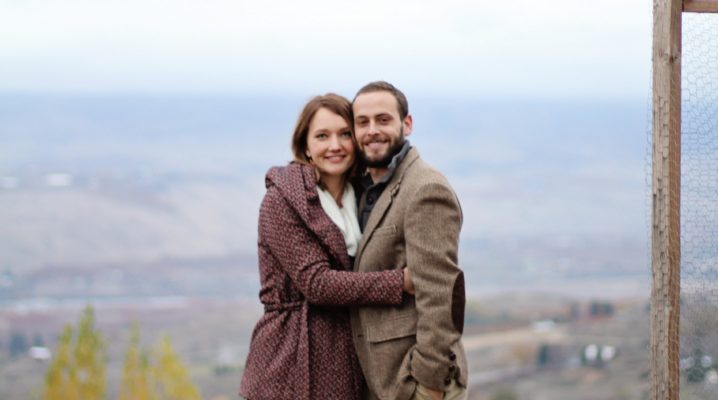 A homesteading Mama ain’t your typical Mama. Instead of diamonds and pearls, most of us have our mind focused on seasonal produce, bountiful garden baskets, and the latest electric fence… 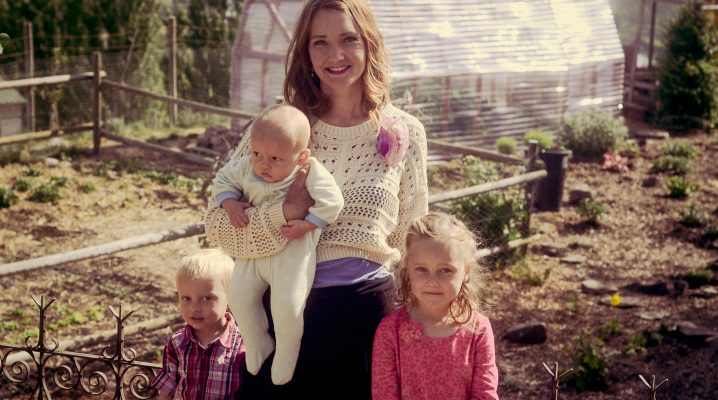 It’s meant to be good.

Life…it’s meant to be good. I’d like to say I was better at this, but frankly, it’s a huge struggle for me. “This” meaning being okay with the mess of life,…