Every year (well, at least for the past seven years) it's happened. One day I'm a normal farmer, filling my days with pulling carrots and planting tomatoes, and the next day BAM. I'm becoming a milkmaid.

That's me. A maid of milk. Maiden of le lait. Senora de leche.

Truth be told, “milk season” is my favorite season on the farm. And while we milk for nine months a year (giving the dairy cow Cece a three month break during her final months of pregnancy), this milk – the milk that comes when the pastures are full of clover and alfalfa and grass and sunshine – is the very best milk.

This is the milk that makes me think of biblical times – a treck to the land of milk and honey would certainly be worth forty years in the desert if this was waiting for you upon arrival.

But when the milking is as good as this (often we waddle back to the house with 4-6 gallons a day in our buckets) that means a lot of time for this milkmaid in the kitchen.

The first order of business is butter (how could it be anything else).

The second order of business is yogurt (strained extra long in cheesecloth, resulting in a super thick greek-style yogurt, please and thank you).

The third order of business is perhaps my favorite of all (awww, how's a girl to choose?). It's cheese. The business at hand is cheese.

If you'd like to see my milkmaiding (new word?) in action, join me for a day of home dairy action right here (there's a BIG SURPRISE at the end!):

I'm so very eager to step up my cheese game this year. I've been studying and working really hard to focus my efforts – lest they be in vain. In years past, our pastures have been weak (resulting in milk that's good, but not as good as it could be) for cheese making. Pair that with a few poorly written cheesemaking books, a lack of local knowledge or resources to direct me, and a handful of nursing babies during that same time period and… well… our chickens ate a lot of bad cheese.

But as Daniel Tiger reminds my children often: “If you have to go potty, stop, and go right away! Flush and wash and be on your way!”

“Keep trying! You'll get better too!”

That's the one. And I'm just too stubborn of a fool to take no for an answer.

Ask me how many bad loaves of sourdough bread I made before I finally got it right. Go on! Ask me! The answer is one million. One million loaves of bad bread. Heck, I still made bad bread every once in awhile. When you're working with wild years and active cultures, it's bound to happen.

My point is simply this: being a milkmaid is, by far, my favorite farm job. As much as I love harvesting beets, deheading roses, and bottling chai tea concentrate – it's no contest. Milkmaiding (there's that word again) wins.

I'm really focusing my efforts on a few major cheeses this year for storage, opting for cheeses I can wax. The wax holds the moisture from the cheese in and is slightly less upkeep for the cheesemaker (many cheeses need their rinds washed, etc.). Our cheeses are waxed with beeswax from the honeybees. Gasp. How painfully romantic is that. Milk and honey. There it is again.

Most of these cheeses require an entire 24 hour period to make from start to finish. The also require close attention to the curd, temperature, culturing, and pressing. It's not hard per-say, but it doesn't require a lot of attention to detail. A small temperature variation or pressing mishap can result in an entire different cheese (or even worse, a cheese that is bad!).

Lord knows I'm not wasting a single drop of this liquid gold.

I've been milking cows by hand each morning for seven years. Seven years! And it still makes my heart pitter patter.

I'm deeply grateful I get the privilege of being a milkmaid.

Also, checkout this nine year old milk maid of mine. If only every time I milked I could wear a daisy crown, I would feel quite fantastic as well.

Onward to cheese! The end. 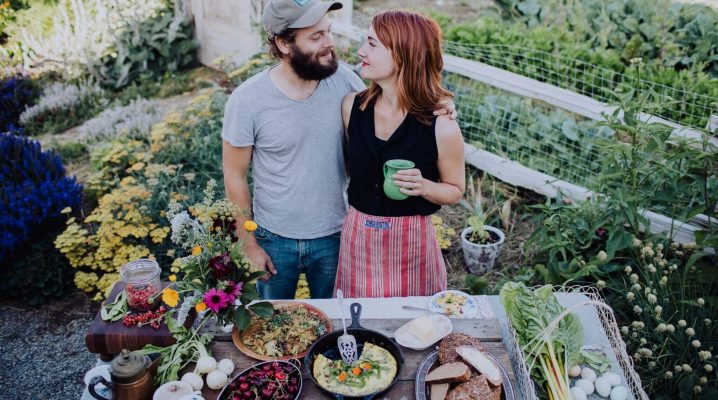 Date night with my man.

Tonight is date night. Stuart and I went years without taking a date night in almost any form, unless you count trips to the grocery store – with all the children –… 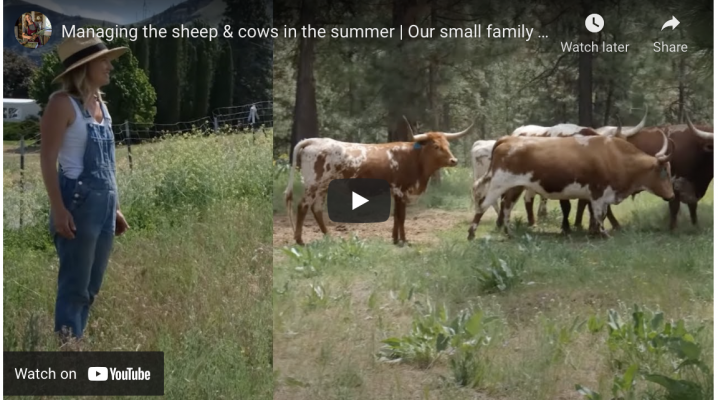 Managing farm animals in the summer.

Managing farm animals in the summer: it ain’t all beautiful flowers and joyful pottage gardens on the farm. Sometimes, it’s tough animal work and making-do. If you like it, Share… 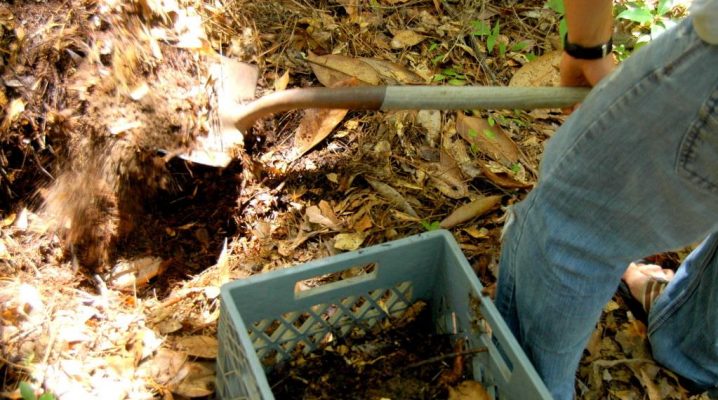 It’s no secret how sad I was to be leaving behind my gardens in Washington.  And as desperately hard as I try, I still think about them from time to time.  So…