Saturday our farmer (and friend) Chip came to pick up the 21 rabbits that he excitingly purchased from us. I cried, a teeny bit, as I watched them drive away on his trailer. I've enjoyed having these rabbits so much more than I ever thought I would. I never realized how many times a day I wandered out to their cages to enjoy their company. Or how many times I watched the little bunnies run around from the dining room window.

But as much as I tried to convince myself otherwise, it really didn't make sense to haul 21 rabbits from Southern Alabama to North Central Washington.

I am thankful the rabbits went to a good home. Chip will continue to raise the kits for meat and obviously, since he is our vegetable farmer, he'll have all sorts of goodies for them from the garden. They're going to be just fine.

But still. A tear slipped.

As a reader reminded me on Facebook though, I must concentrate on Kula and the 15 laying hens currently waiting for me at the new house! There will be more rabbits soon, too. So all is not lost. And even if it was, thanks be to God for this awesome experience thus far.

All that to say, two of the rabbits remained behind. These two kits were from the very first litter born on the homestead. At twelve weeks old, they were ready for butcher.

In a weird sense, I really was eager to butcher them, as it helped to complete the circle of the life that we'd begun as rabbit ‘farmers'. I was also eager to taste the meat – would I like it? Would I be able to handle eating them? What would the butchering process be like?

I've dealt with my share of animal husbandry issues and seen and processed plenty of raw meat, but I'd never actually done the butchering myself. This was new territory.

So after the rabbits left with Chip and the littles were down for a nap, Stuart and I went outside to harvest the kits.

WARNING: I AM NOW GOING TO TALK ABOUT AND SHOW PICTURES OF THE RABBIT HARVEST. IF YOU DON'T WANT TO SEE BLOOD AND GUTS, STOP READING.

To disbatch (that's just a nicer homesteading word for kill) the rabbits, Stuart shot each on in the back of the head with a high-powered pellet gun. We'd contemplated lots of various ways that we could disbatch them (the most popular seems to be snapping the neck), but the idea of that creeped me out. Because it was our first harvest, I didn't want to cause the rabbits any undue harm if we were to screw up and snap the neck wrong. A pellet gun seemed a sure-fire way to ensure an instant and painless death.

Before the rabbits were shot, we gave thanks for them. 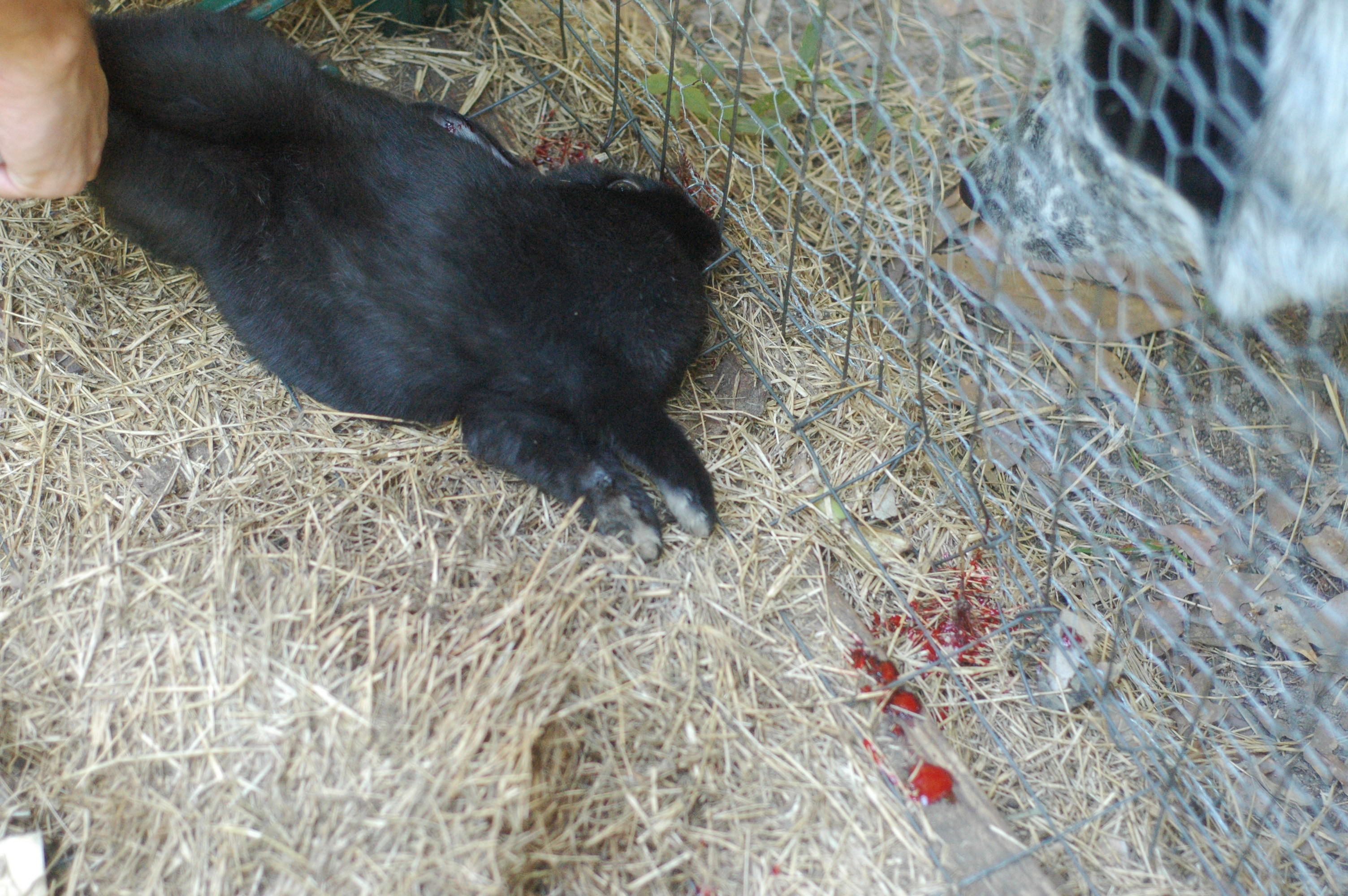 For the first rabbit, I hid behind the corner of the house while Stuart disbatched it.

When I heard the *pop* of the pellet gun, I got tears in my eyes. Not necessarily tears of saddness, but rather tears of appreciation. They were gone in an instant though, as I ran over to check on the rabbit. Just as we expected – instant death. The legs continued to reflex for a few seconds, but then the movement quickly subsided. 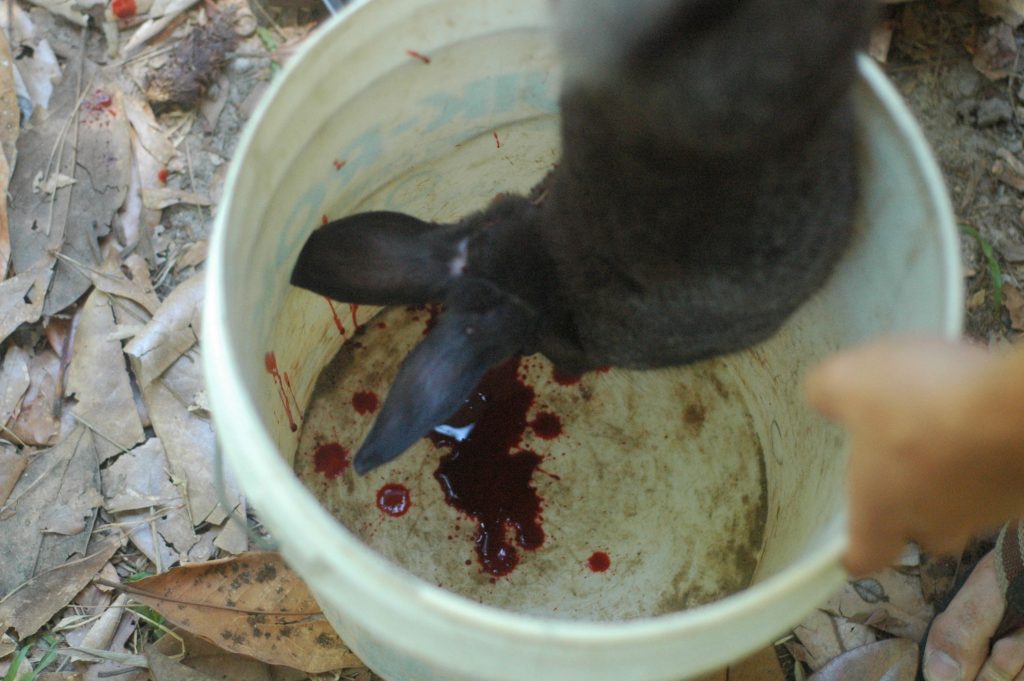 I petted it's fur a few more times. And said thank you once more. 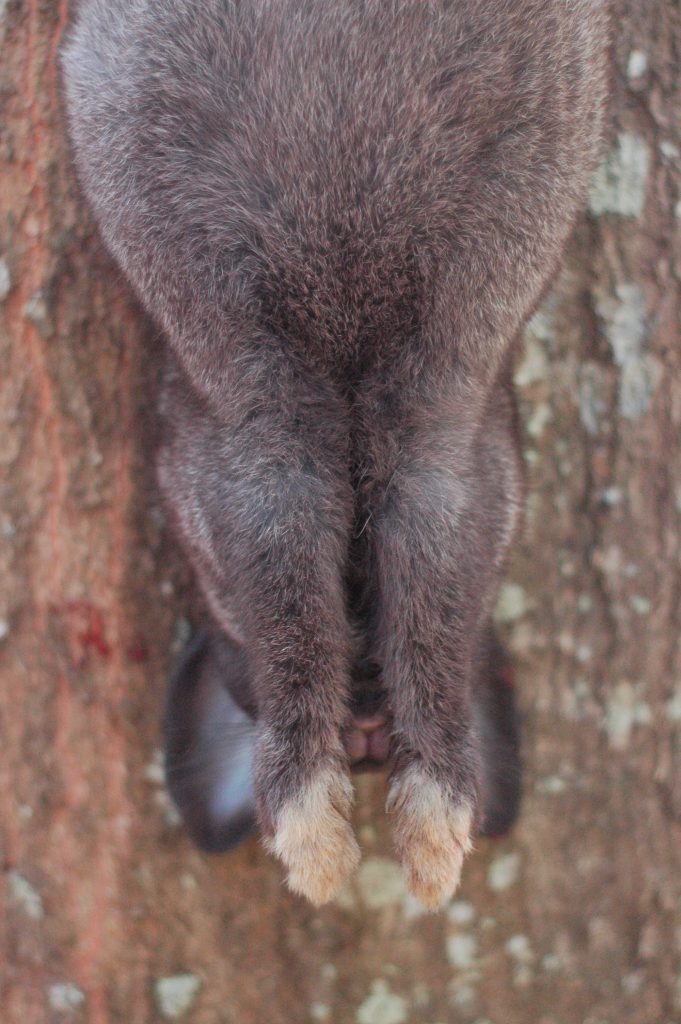 Now, it was time to harvest the meat. 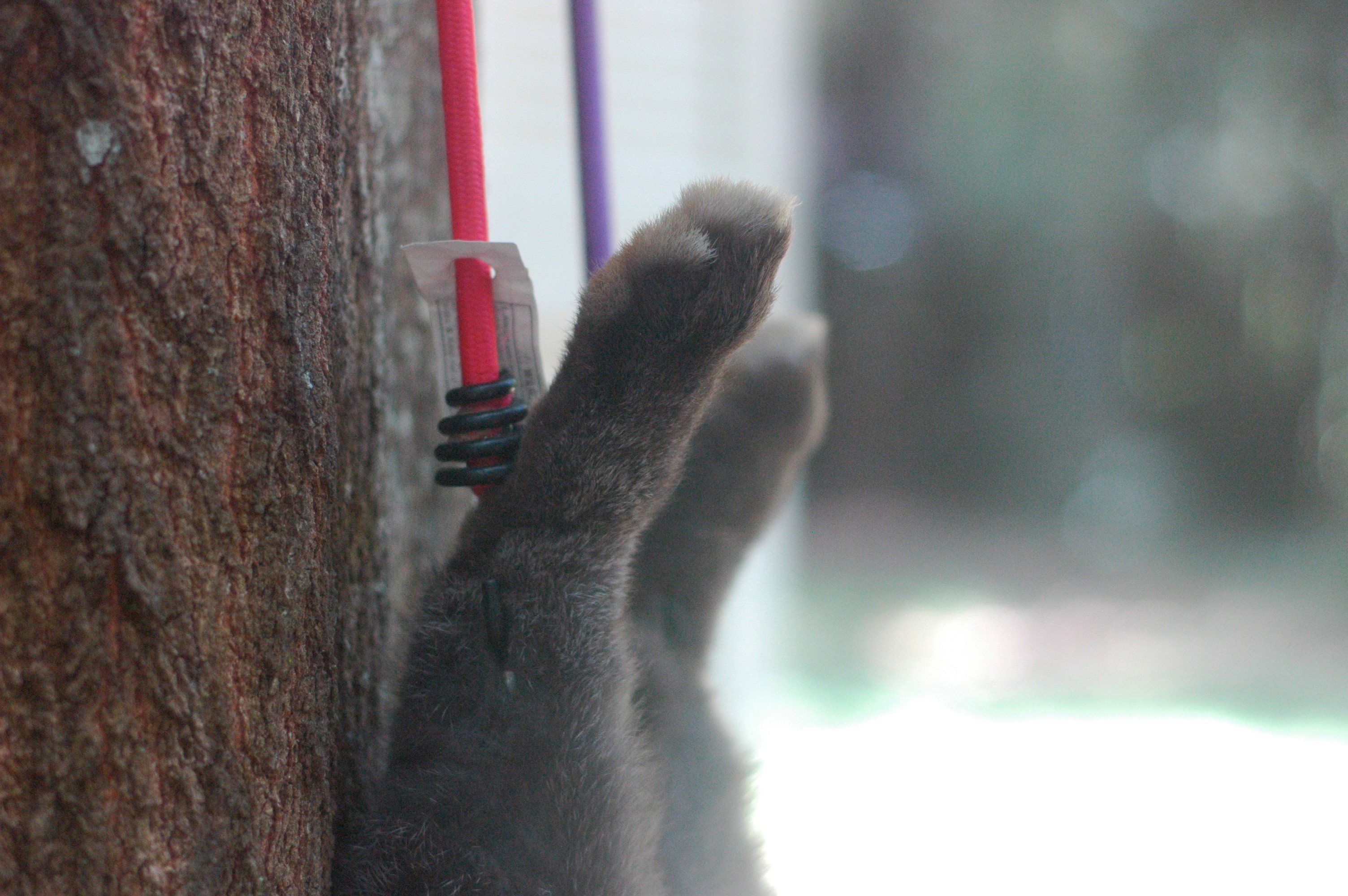 A quick slip behind each hock allowed us to slip a bungy cord into each leg. The cords were connected to a few nails in a tree. Far from the ideal set up, but all our hardware is packed, so this is the best we could do.

First, we cut around each leg.

Then around the tail and anus.

We used a variety of knives to see which we preferred, but we found that scissors worked the best. Next time, we'll use a sharp knife like this to make sure of clean and easy cuts. 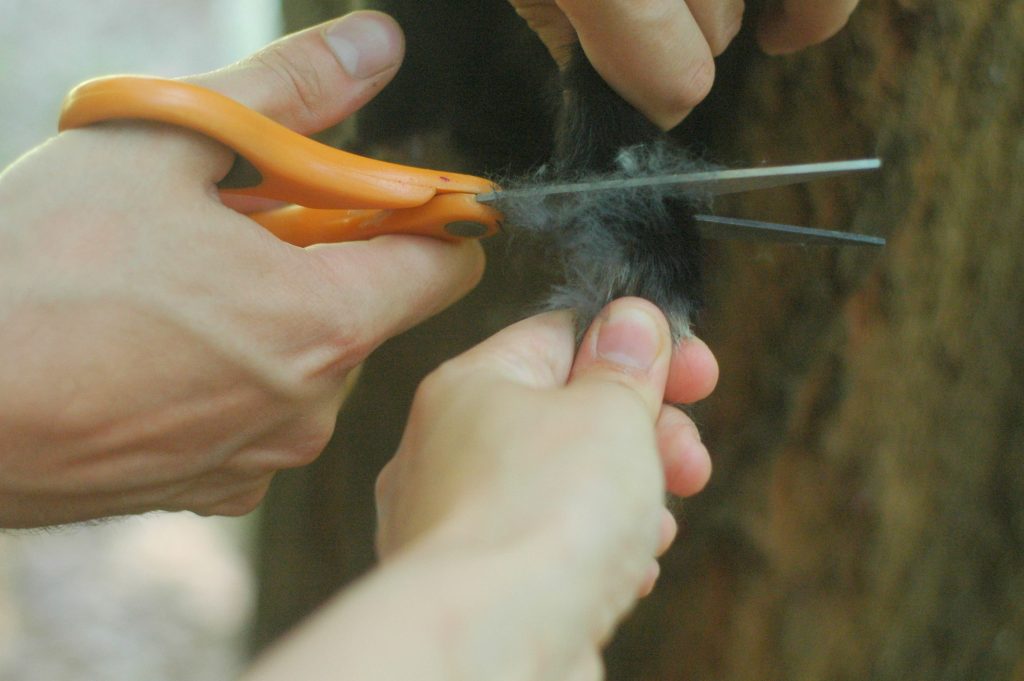 After cutting around the legs and anus, we clipped off the front feet. 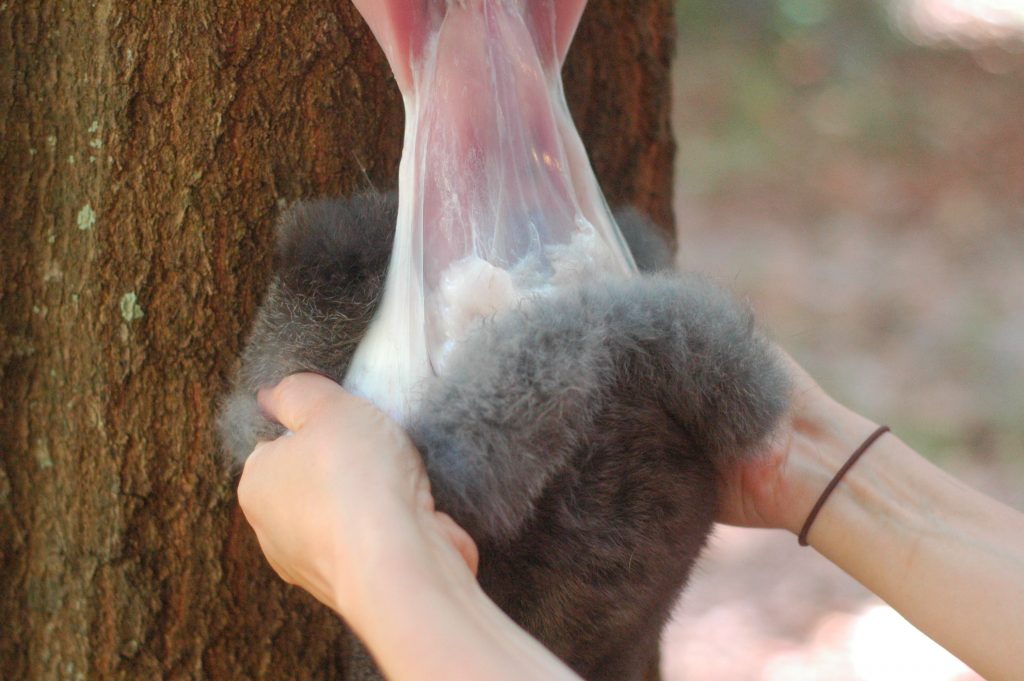 The pelt can then be removed like a reverse turtle-neck sweater, gently pulling helps it to easily separate from the flesh.

Until it reaches the head, which must then be removed. We used a sharp knife and scissors to remove the head. 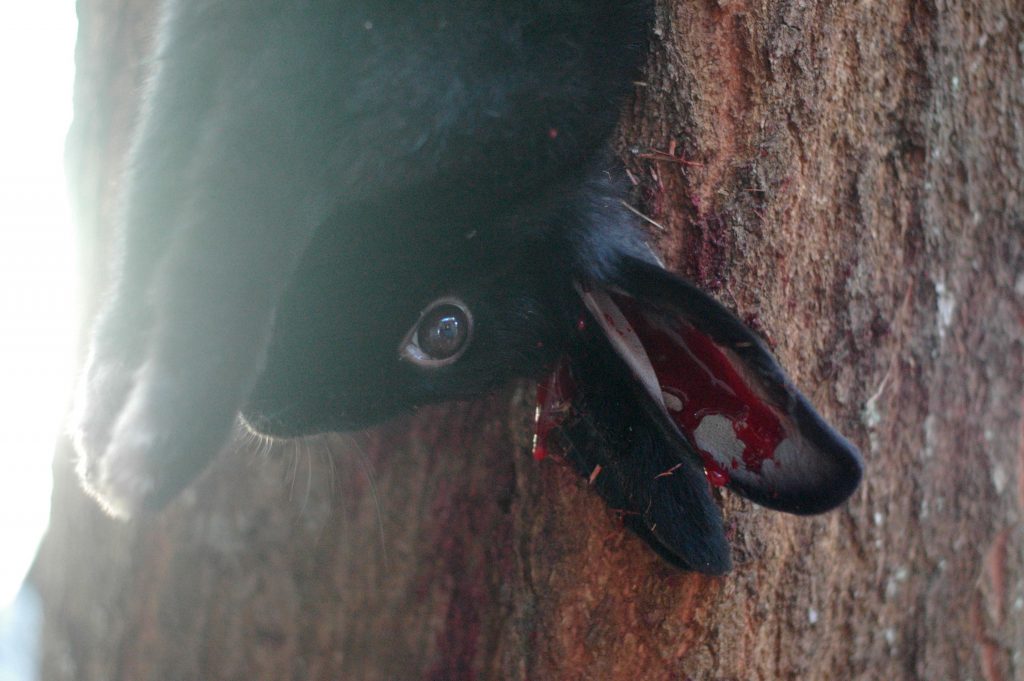 After the head and pelt were removed, we used the scissors to break open the abdominal cavity. 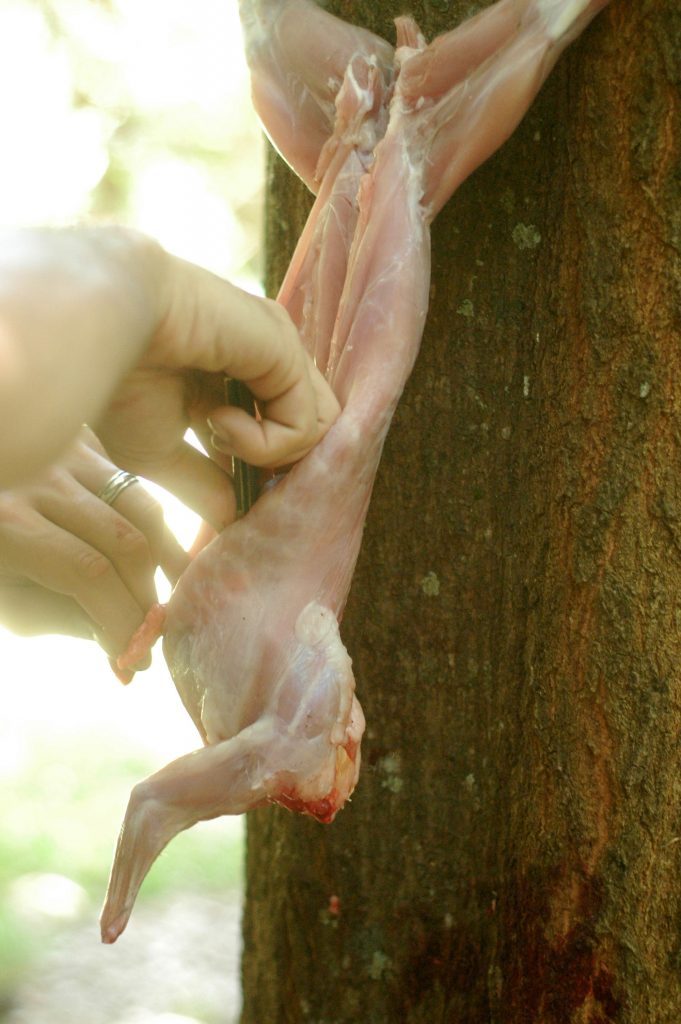 Just like when gutting any animal, extra precaution must be taken to avoid poking the bladder or intestines. A long vertical slit down the belly and all the goods just sort of pour out. We then carefully tore them out with our hands. 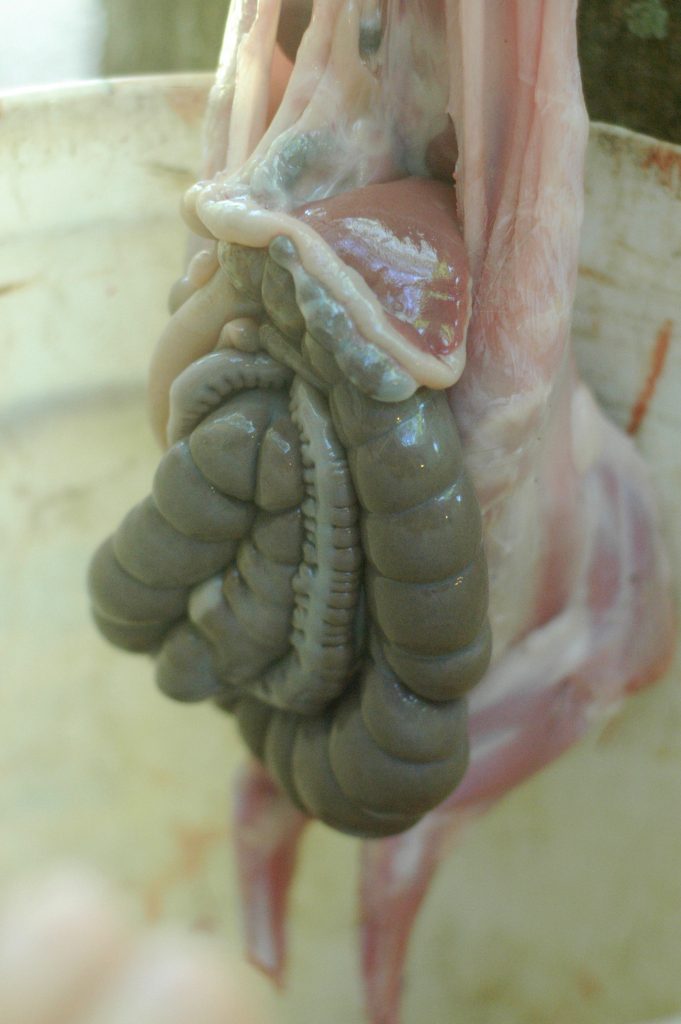 Breaking the pelvis open makes removing the anus much easier. (Now there's a sentence you don't say every day). 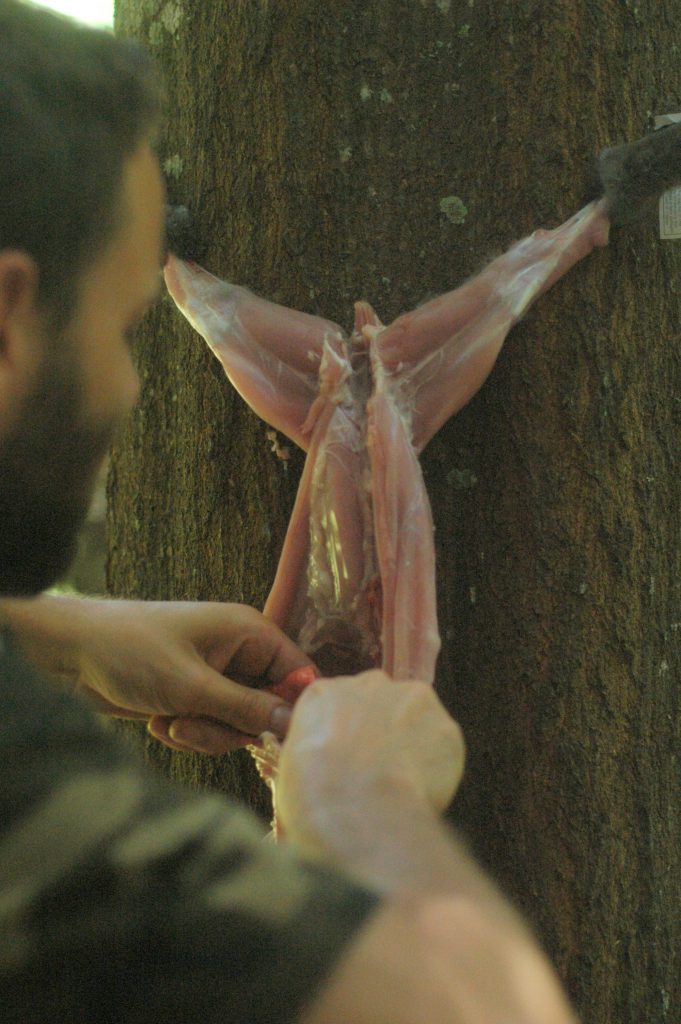 After all the organs were removed, we clipped off the back feet. And that's it!

Despite the butchering being a very simple process, we still sort of fumbled around a bit. It's not every day we butcher and it was quite obvious in our technique. I assume, as with all skills, the more it's practiced the better and quicker we'd be at it.

Even by the second rabbit, we were already better at it. It went smoother and faster than the first. 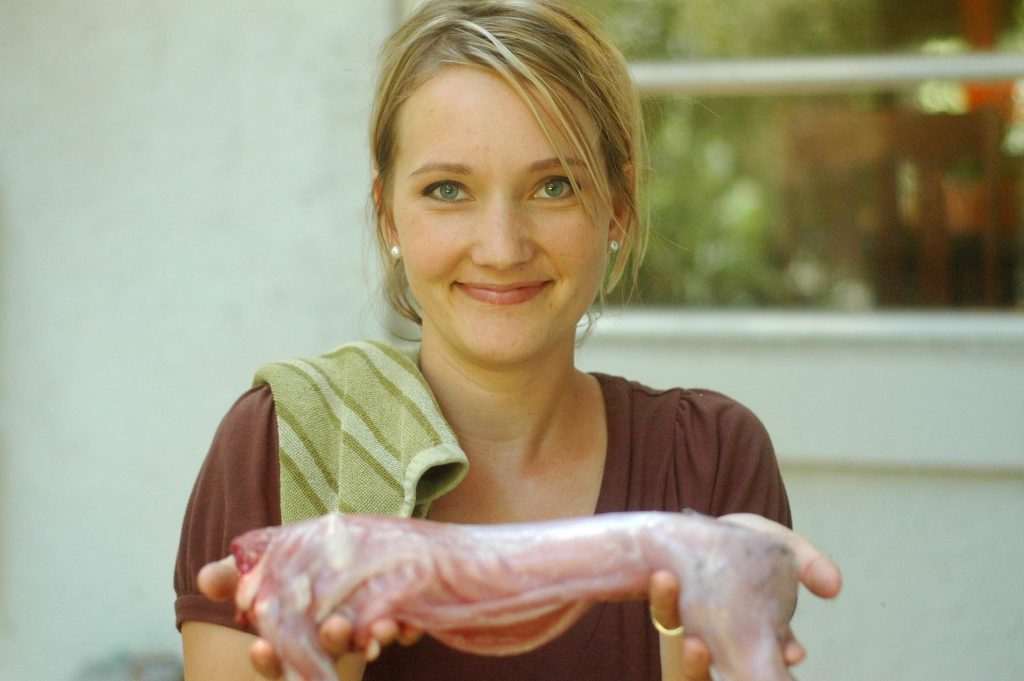 The rabbits were then carefully rinsed, packaged, and cooled. One of them was cut into pieces, lightly floured, and fried in butter with garden potatoes, beer, and rosemary. From the rabbit run to the dinner plate in less than two hours – that's pretty amazing stuff! 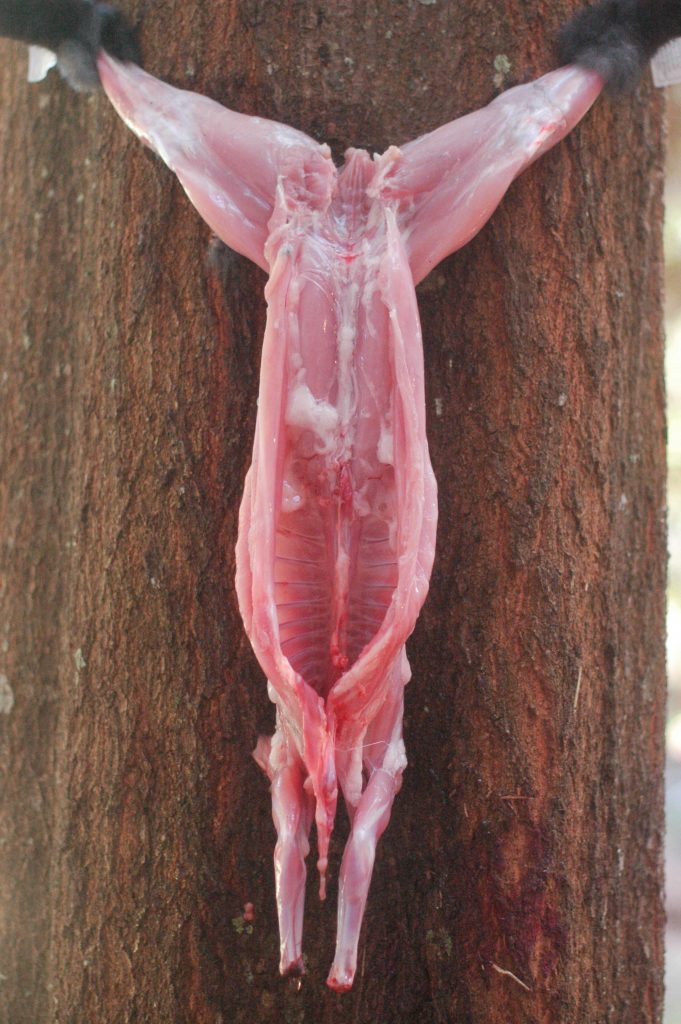 As much as we enjoyed the experience of raising, butchering, and eating these rabbits it no doubt comes with a weight as a carnivore. After all, it became very apparent that their blood was shed on our behalf. They ceased to exist so that we could continue to exist.

Even if we were vegetarians, this would still ring true. Life is lost (be it the life of a rabbit or a potato) so that other life can be sustained.

And thankfully, my Christian faith allows me the freedom to enjoy such a wonderful rabbit dish with a clear conscience.

Just as when I harvest homegrown vegetables from the garden, I appreciated this meat more than I ever thought possible. To have been witness to the birth, life, and death of these kits was spectacular and speaks so true of God's design and purpose for His divinely created world over which we've been gifted dominion.

For further reading on our rabbits: 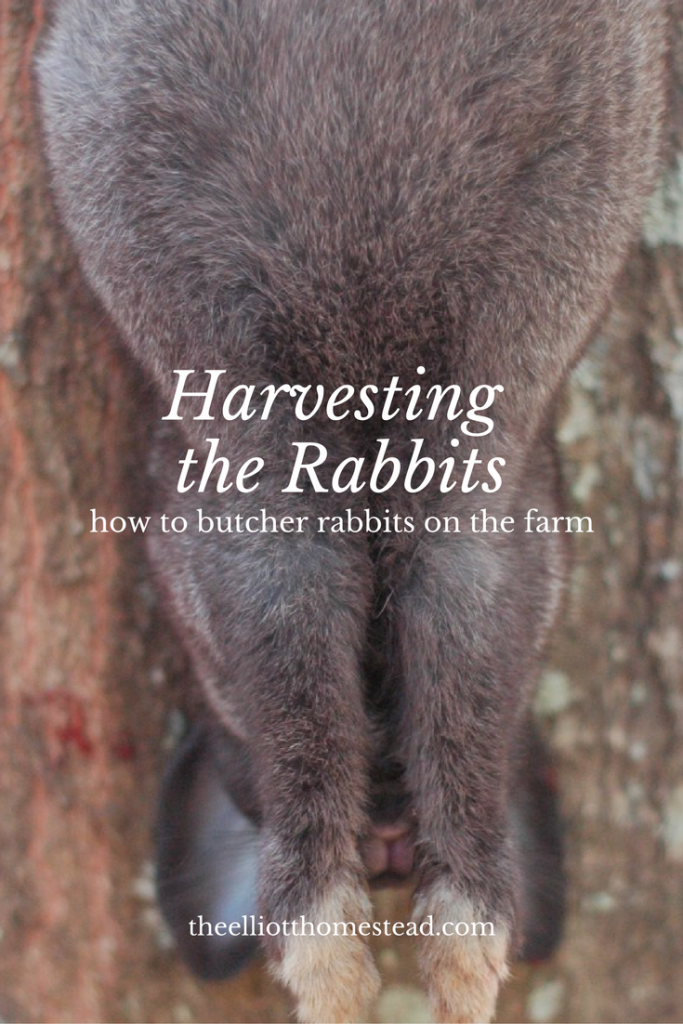 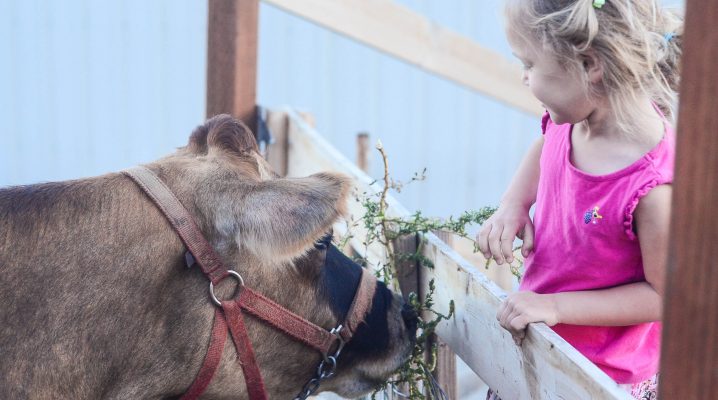 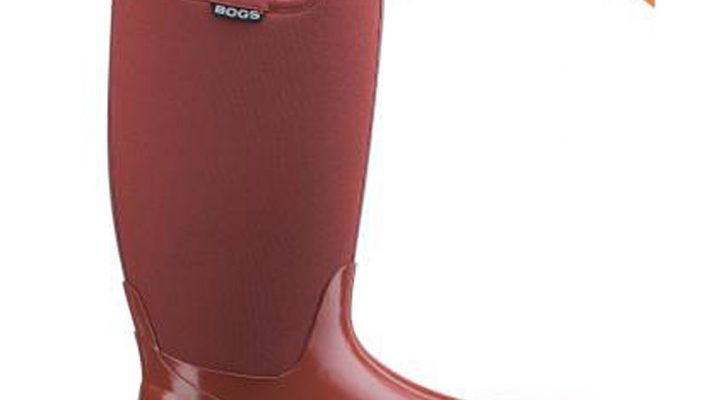 I am bathed. I am cleaned. I am full from a delicious dinner of homemade hummus, fresh veg from the farm, and wild trout Stuart caught in the Delta. I’d… 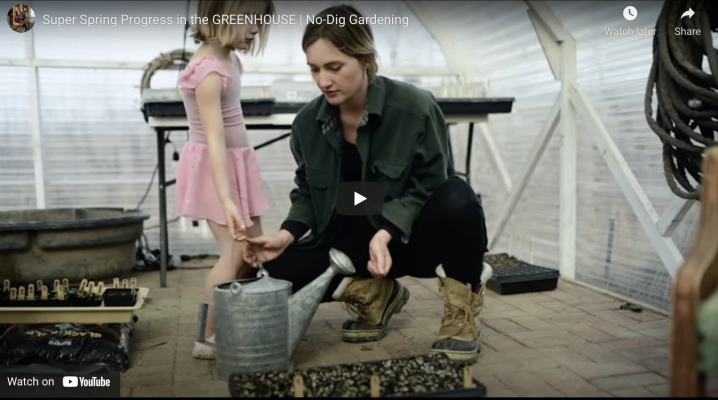 Progress in the greenhouse.

We’ve made some serious progress in the greenhouse! Not only did we finally get the flooring in, but we’ve been using that seed-starting method I shared with you right here…