Sometimes I like to really think hard about posts and what they will contain. Other times, they seem to write themselves.

Sometimes, I'm tempted to just throw a picture up and be like, here. Make this. Eat it. Because sometimes the food is just so fantastic it really needs to fluffy words to surround and support it.

Take bacon for example. Clearly a food that can stand on it's own. No words make bacon better. Bacon just IS better.

Alas, this recipe is not for bacon. And though I try to not post two recipes in a row (mainly because I know how much it means to you to hear my ridiculous packing updates), but as previously stated, sometimes the posts choose me.

They beg. Plead with me.

Shaaaare me! My goodness must be spread around the globe!

So I oblige. And get to eating. And then writing.

This recipe is not new or cutting edge. What it IS is a wonderful replacement for that nasty bag of chips currently sitting in your cupboard. Ya. I see it. It's half full of crumbs, pumped full of preservatives, and layered with yellow #5. Fake, rancid, hydrogenated oils fill it's pores.

Lucky for your potato chips, I don't judge. I just use traditional, nourishing fat to create a much, much better alternatives. 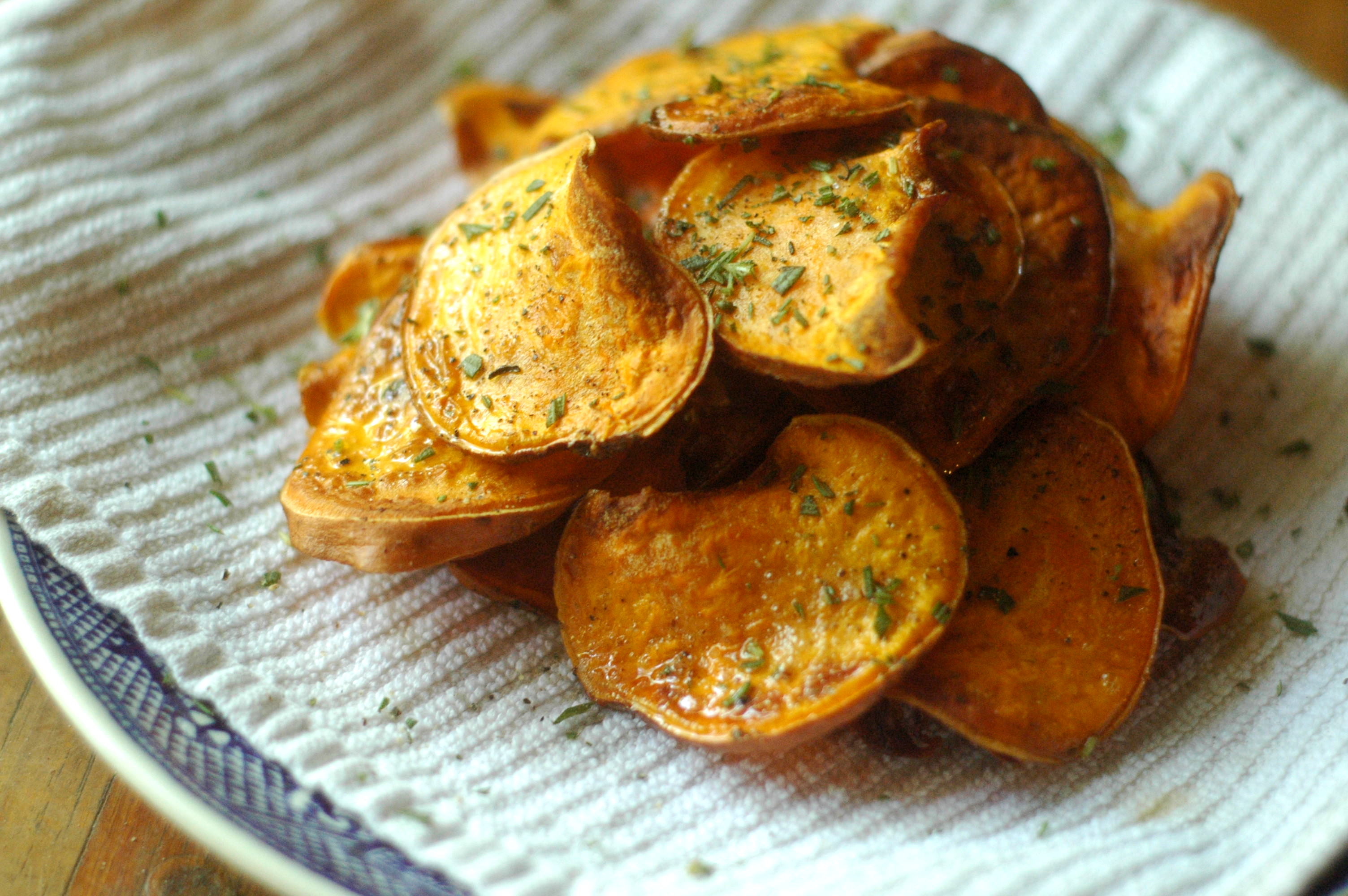 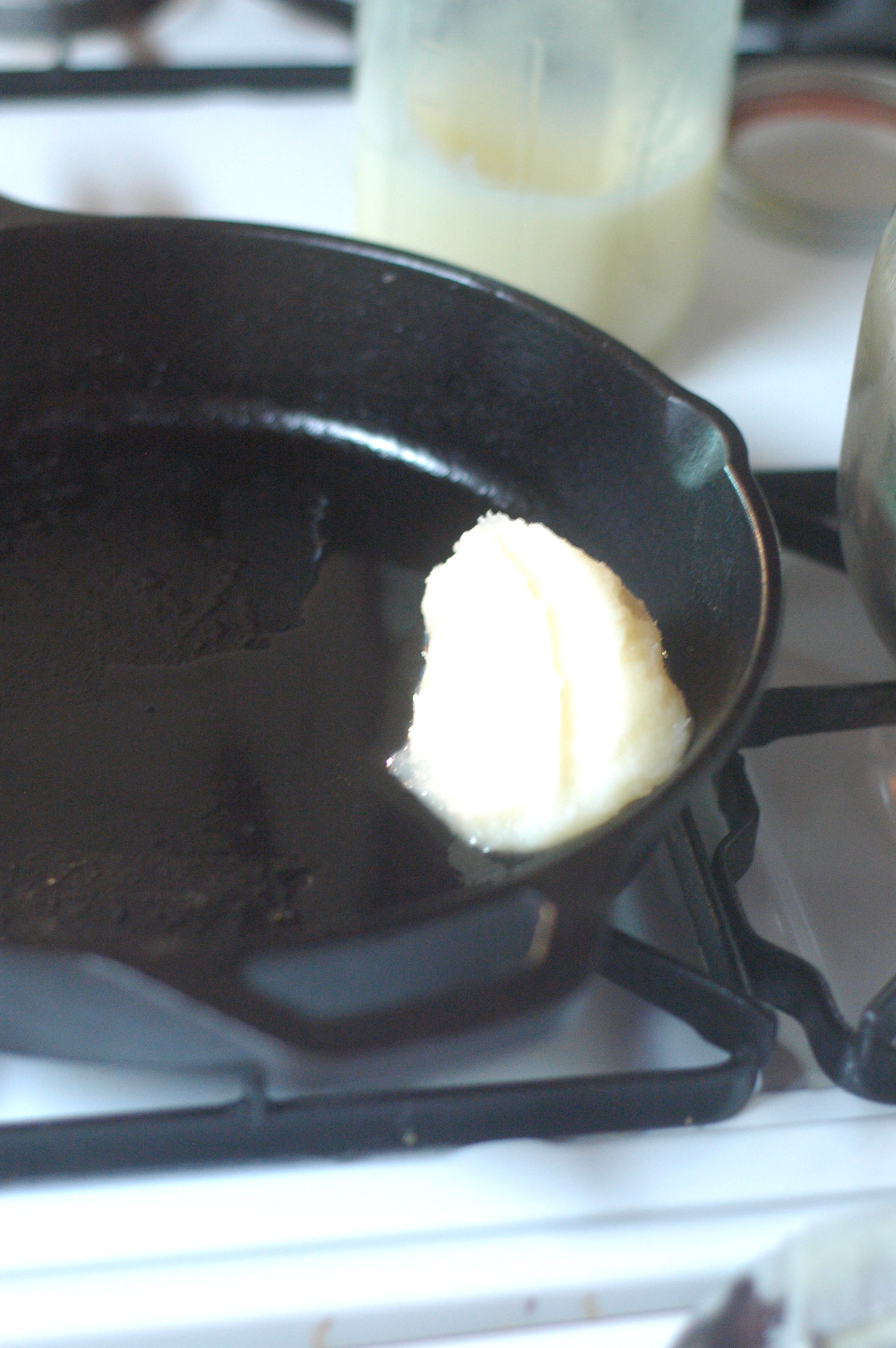 Step One: In a large cast iron skillet, melt the tallow over medium-high heat. The temperature of the oil should be fairly high, that way it will fry and crisp up the chips instead of simply cooking them (=soggy chips) (=no bueno). 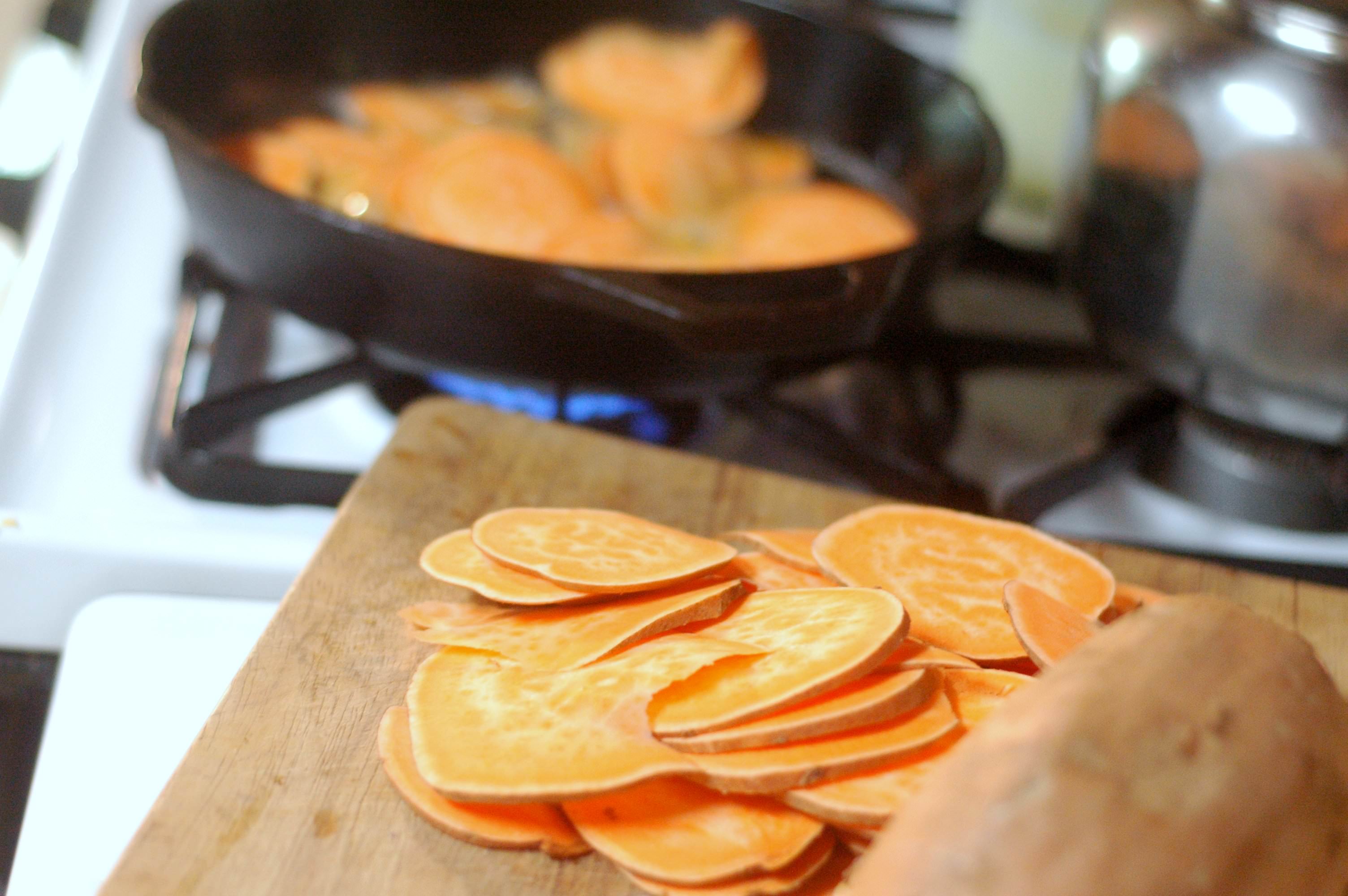 Step Two: While the tallow heats up, use a mandolin to slice the sweet potatoes into super thin slices. You will notice from the photos that I have no mandolin. Just this super cool knife I've been telling you about on Facebook. By all means, the knife works to slice the sweet potatoes. But I'm telling ya, it's about time for me to splurge on one of those beautiful and useful mandolines. It's impossible for this untrained hand to get a super consistent thin slice from the potatoes, resulting in some super thin pieces and some thicker pieces. This results in slightly inconsistent results. Regardless of whether you have a mandoline or a sharp knife, I'm sure you understand the goal here. Slice those spuds. 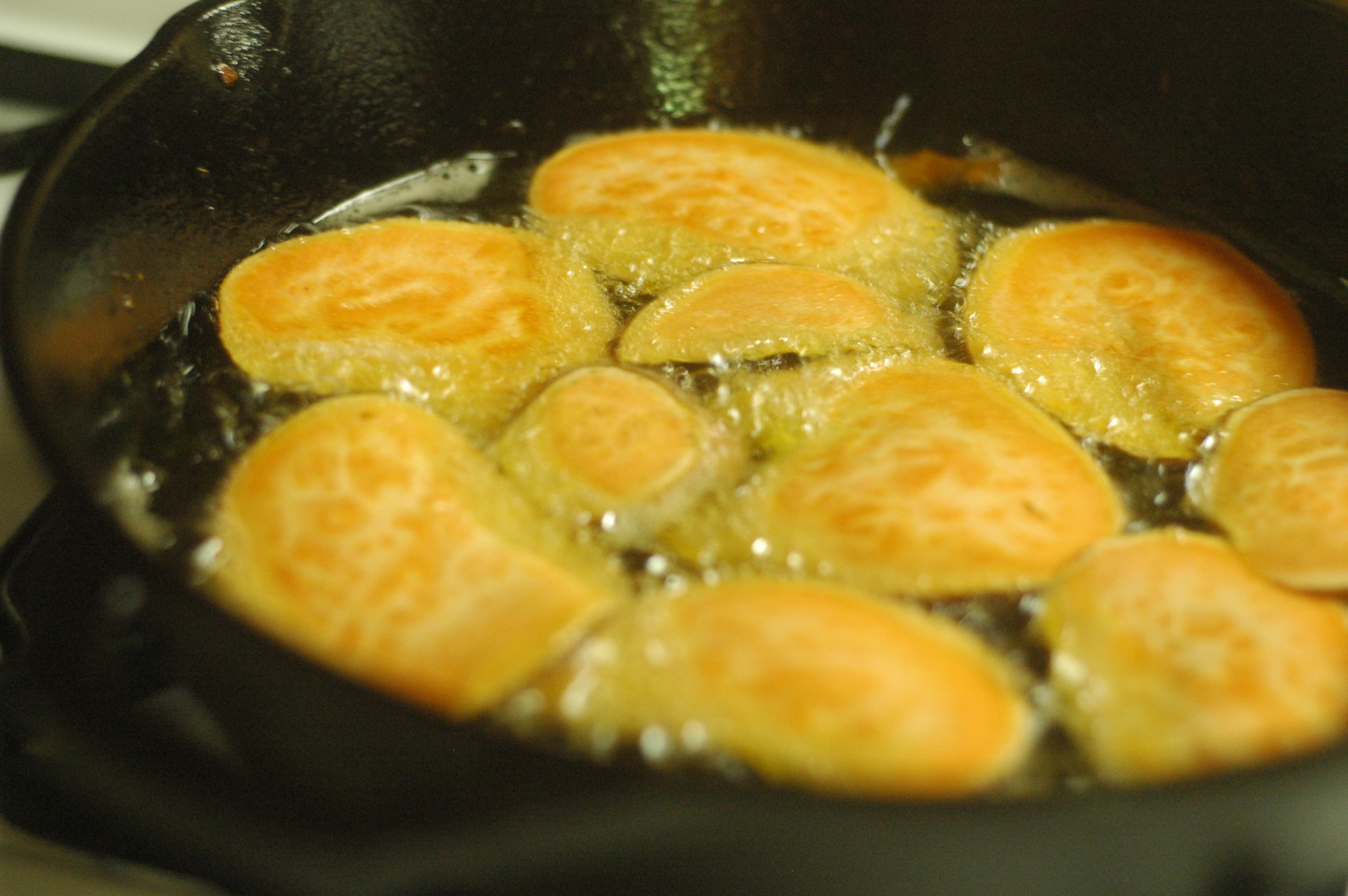 Step Three: Gently place a few of the sweet potato slices into one even layer in the hot oil. Don't overcrowd. It will take a few batches to fry them all this way, but that's okay. It'll really help to make 'em crispy when they have plenty of delicious fat to fry in. 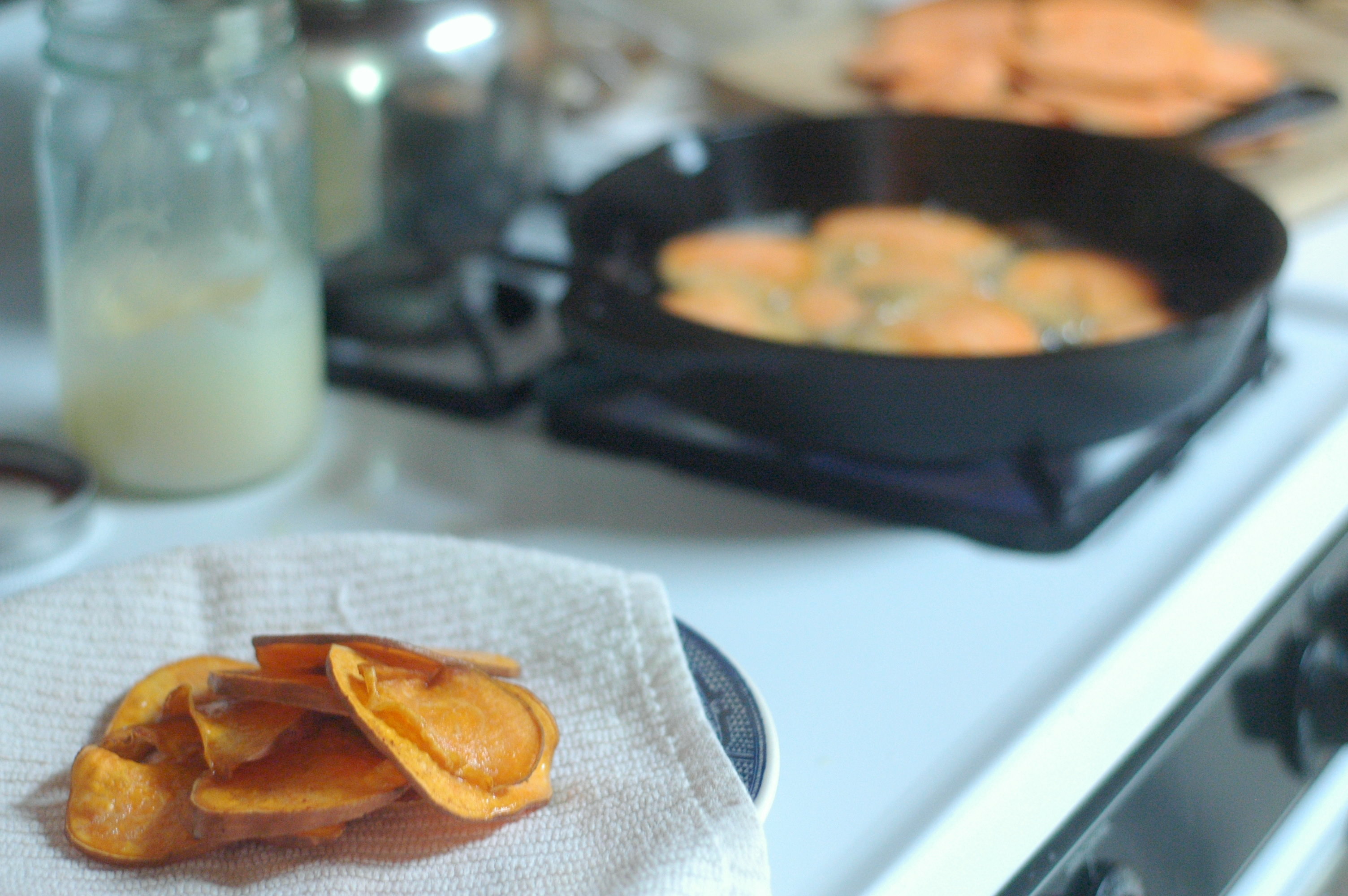 Step Four: When the potatoes begin to slowly curl up at the edges and brown (this will take 2-3 minutes), quickly flip them over. Allow the other side to gently brown as well. Don't burn them. Gently brown, I say. 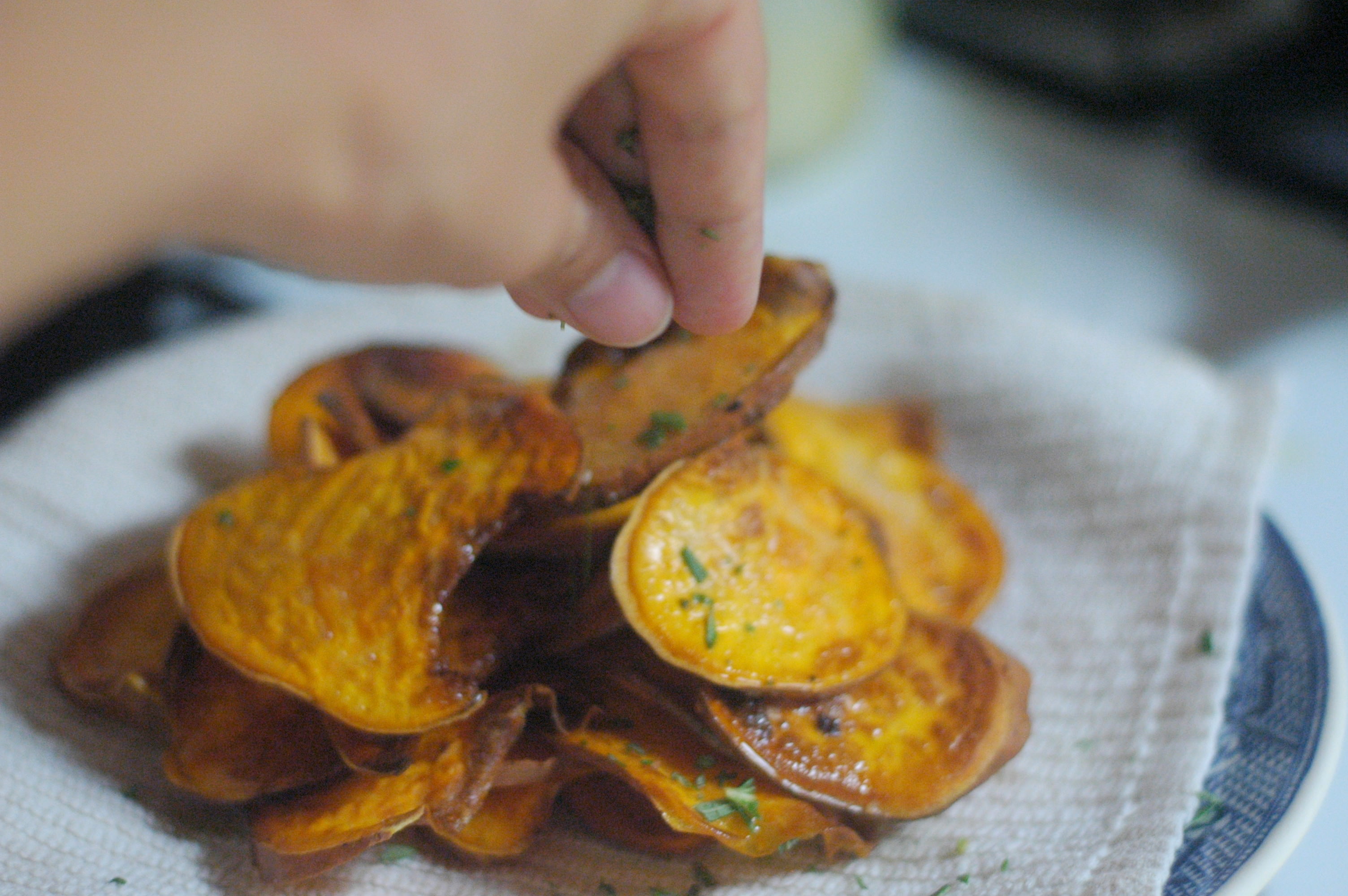 Step Five: When completely crispy and delicious, move them over to a towel-lined plate to dry. Quickly sprinkle each batch with a generous pinch of sea salt, freshly ground black pepper, and minced rosemary. 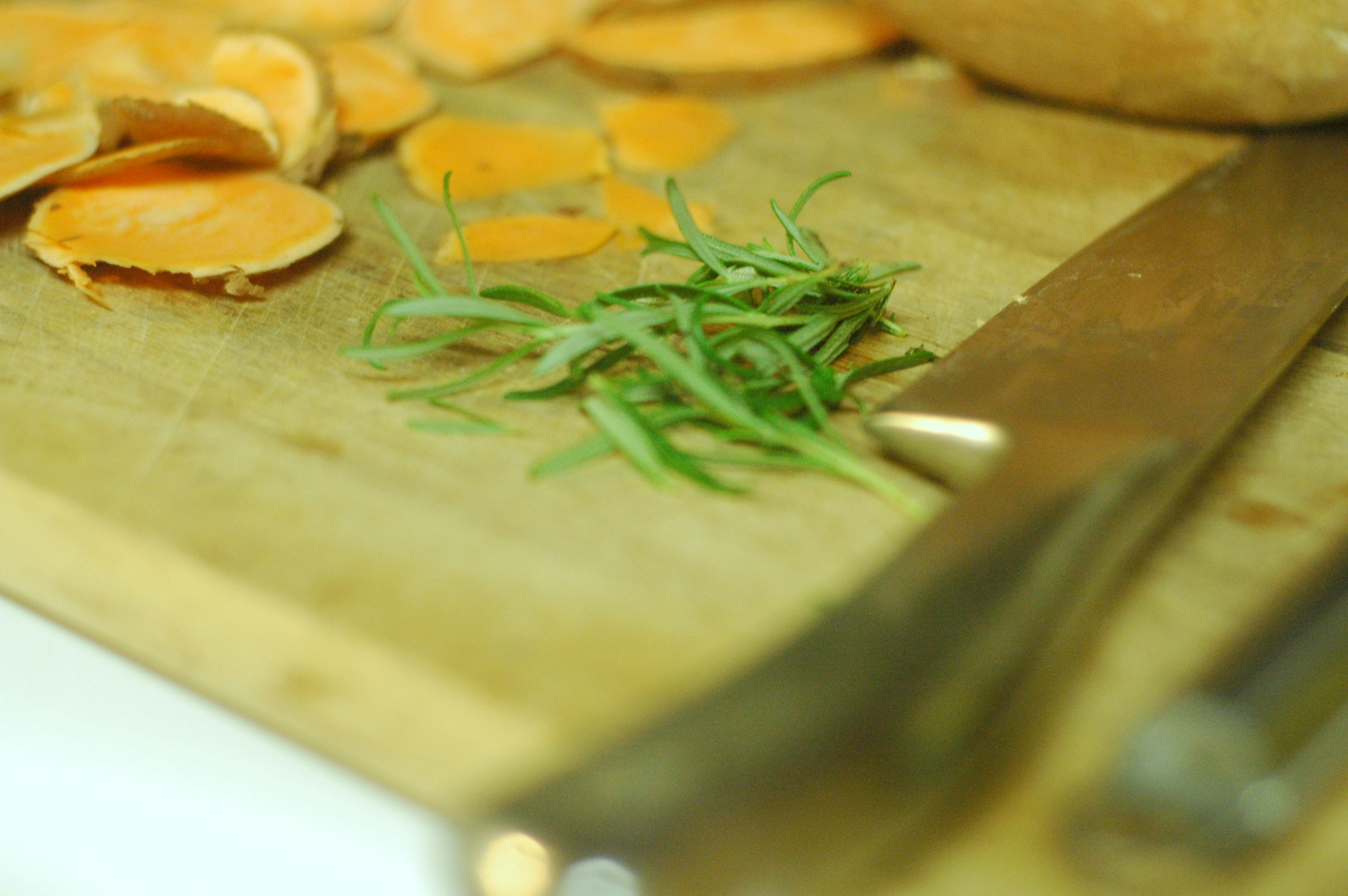 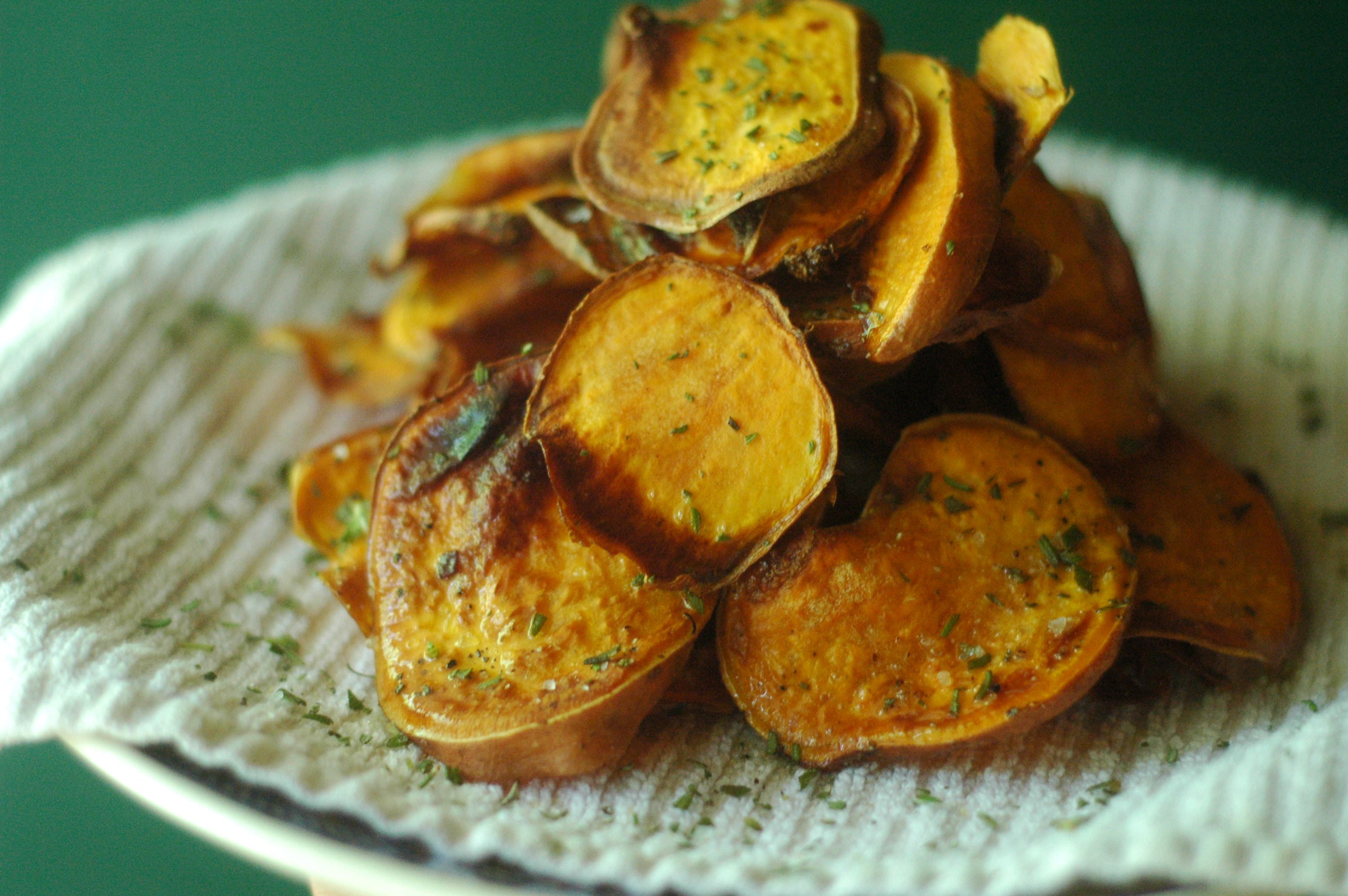 The result of your effort will be this incredibly wonderful tower of sweet potato chips. The sweet, subtle scent of rosemary will tickle your senses before their crispy goodness even touches your lips.

That sweet rosemary makes me weak at the knees. Hence the reason I ate this entire plate of sweet potato chips.

If there's one thing I've learned about raising rabbits thus far it's this: lactating Mama's eat A TON of food. Much more than the average human…er, rabbit. Hence my excuse. 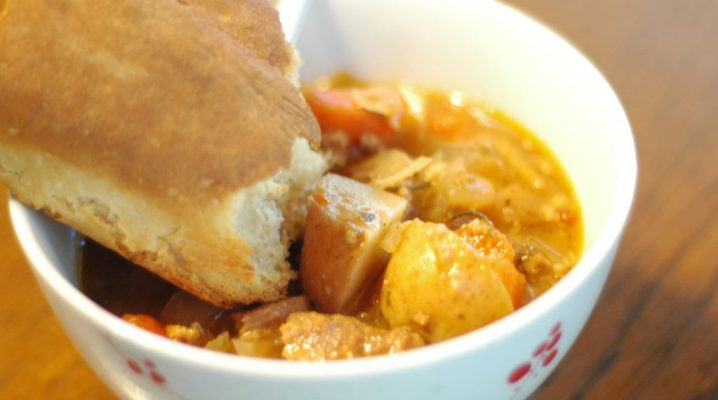 There are few things I love more in this world than produce. The Lord, my family, friends, etc…of course I love them more than produce…that goes without saying. What I… 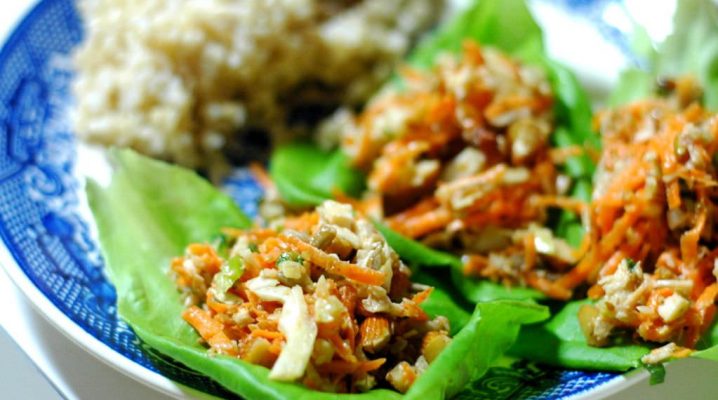 I just, sorry for tooting my own horn here, made the most wonderful dinner. It must have just hit me right. After my melancholy day yesterday and morning today (which… 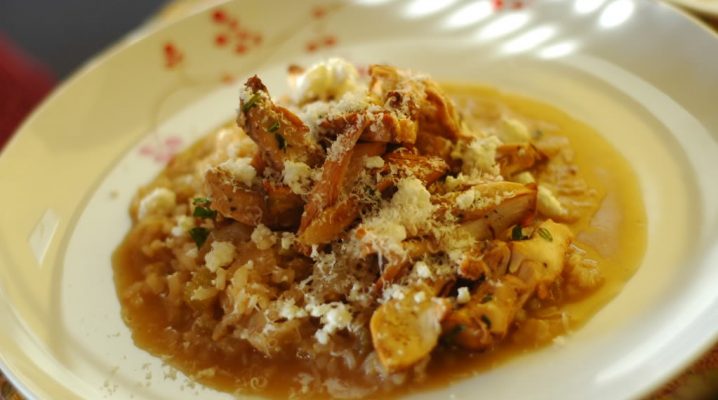 My friends rock.   It’s totally true. Last week, I was blessed with a little goodie bag full of wild chantrelle and coral mushrooms.  Lawd, have mercy.  And what’s a…