This week has favored the challenging side, I must admit.

Okay. How about we start with the open dairy cow? Remember HER SAGA? That just KEEPS GOING? 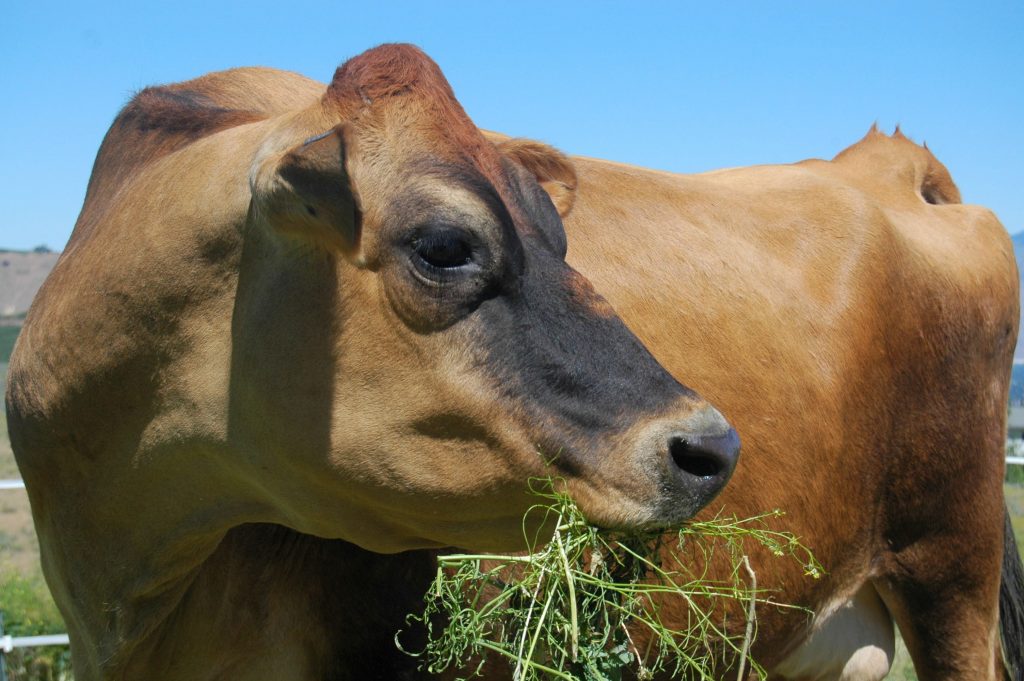 After hearing her bellowing down in the field the other day, I walked down to take a peek at the ‘ol girl. I'd been watching her closely over the past few weeks since we artificially insemeinated her on the 3rd and 4th of this month and was eager to see signs that she had skipped her heat cycle.

For those unfamiliar with cows, no heat cycle = pregnant.

Just tryin' to keep it simple.

So as I meandered down to check out my bellowing cow, I was already a bit discouraged. A bellowing cow is often times a sign that the cow is in heat. Because Kula is the only cow on Beatha Fonn, it's very difficult to notice when she is in heat. Often times, cows will attempt to mount other cows when they're in heat, so it's quite easy to spot when a cow is ready to be bred. Unforunately, since Kula is alone, it can be a big challenge to spot it. When I checked Kula further, as usual, I checked out her girly parts. Sorry, but it's the truth. I've spent a lot of time over these past few months staring at her backside – eager to learn the “normal” for her, as well as the “in heat” signs I spent so long looking for. Upon further visual inspection (soundin' like Sherlock, aren't I?) I noticed a very small amount of blood smeared on either side of her girly parts. This often happens from the swishing of the tail back and forth. If any amount of blood has come out of her girly parts, the tail will smear it across her backside.

Small amounts of blood (I'm talkin' a few drops here) are often signs that a cow has just ovulated.

I'd like to say that I handled the obvious signs of heat well. That I gave the Lord thanks for this challenge and this lack of pregnancy, that I skipped back up to the house and very lovingly told my husband that our dairy cow is still not bred. But I didn't. Not at all.

I came up to the house with the attitude of a trapped rattlesnake. I snapped a bit at Stuart, walked straight back to the bathroom, and began to weep.

I haven't wept like that since the Russian's almost stole all of our belongings when we were moving back from Alabama. But it's the truth – I wept like a baby.

Then, I had a few cross words with the Lord. “Why?” “I wanted it to work so badly!” “I'm feeling so discouraged.” “Is this not what you want for us?” “How will we continue with this financially?” “Do you hate me?” “Why do you hate my so much!”

I tease. At least about the last few. But the rest were pretty true.

I felt, and do still feel, somewhat deflated and upset about the entire saga. Not only was Kula supposed to be bred when we purchased her, but then we kept the bull for two months in attempt to get her pregnant. Now, on top of that, we've invested hundreds of dollars and heartache to get her A.I.'ed, only to have her open at the end of it all. What a bummer.

After the kids went to bed, Stuart and I sat down. I sipped my hot chocolate, watched my new favorite show, and wallowed in my anger (I'm, like, so holy). When we finally began to talk about the situation, I felt the anger bubble up inside me like a simmering stock. I wanted to spew venom.

Thankfully, the good Lord has blessed me with a husband that (quite often) talks me off my cliff of despair. And frankly, he made some pretty dang good points that helped to put it all into perspective. So I think I'll make a point to write them down, lest I forget and act like a complete turd once again:

1. Anger doesn't solve the problem: Ain't that the truth. All the hours that I spent being angry about the situation were hours spent NOT working on a solution. There's nothing wrong with being upset about a difficult situation, but letting that anger rule the aftermath of it all is no good. This one is a toughy for me – I'm the sort that likes to bottle my anger, chew on it, spit it up, and then re-chew it for a few hours until I really feel like I've proven my point. Ya. Because that's productive.

2. If we're going to get upset about difficulties, this ain't the lifestyle for us: Ain't that the truth, too. Animals die. Animals don't get pregnant. Animals turn out to be roosters. Animals refuse to lay eggs. Animals eat other animals. Weather knocks out crops. Floods overtake the garden. Insects reek havoc. You never have the right size of screw. Or enough netting. It's just the name of the game and if I desired a life of ease and perfection, homesteading would not be a smart hobby to choose. If I can't deal with that, then I should have given up yesterday.

3. Nature is organic. Heat cycles, breedings, pregnancy, growing, harvesting, planting, and raising animals are all organic processes. They cannot be perfectly calculated or accounted for. Our culture is so used to having what we desire instantly. We plug the equation into our scientific calculators and get an exact answer. We desire something so we put it on our credit card and enjoy it immediately. In society, we are deprived of the organic circle that is life – getting a cow pregnant is not something that be completely controlled and perfectly calculated. It is a livable, changeable, difficult, living, breathing process. Getting to see this cycle in our animals and crops is one of the biggest blessings of homesteading – having to accept the difficult part of this cycle is the other side of the coin and should be appreciated as well.

So after Stuart talked me down from the cliff, expressed his love and concern via his words, and assured me it wasn't the end of the world, we began to think about our options with Kula. While we're still waiting for a pregnancy test to confirm she is in fact open, we're also beginning to prepare for what will happen if she is. As of now, because we don't have access to a bull or A.I. technician to attempt another breeding, we're thinking that we will need to sell her. Perhaps to a family that has better access to breeding options. This means that we're, once again, in the market for a bred dairy cow.

Not exactly where I'd hope to be at this point, but none-the-less, it's where we are. And I do believe that it's where the Lord wants us to be – even though I don't understand it now.

We have a few more weeks to wait before we'll know for sure. In the meantime, we're awaiting confirmation of pregnancy on another few cows to narrow down our options on purchasing the new one.

Because remember my tough farm lesson #1? ALWAYS HAVE YOUR ANIMALS PREG-CHECKED BEFORE YOU BUY THEM.

Don't worry about me… I'm just here… livin' the dream… learning the tough lessons for both of us.

Learn from me. Be smarter than me. Keep on strivin' for that dang milk, man. 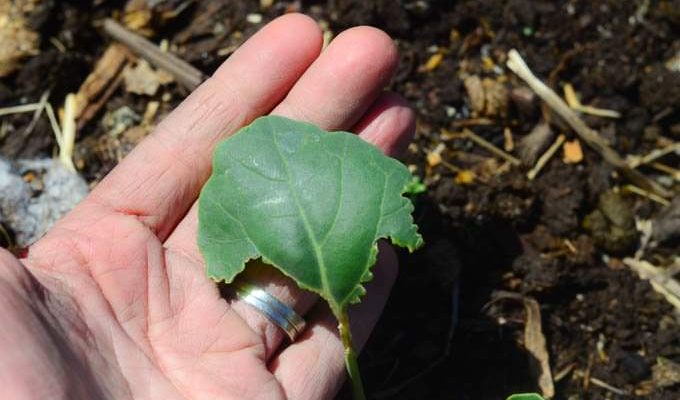 Let’s talk about insects, shall we? About how much we hate them? And then, let’s talk about an organic bug spray recipe. Some days I can take a sucker punch,… 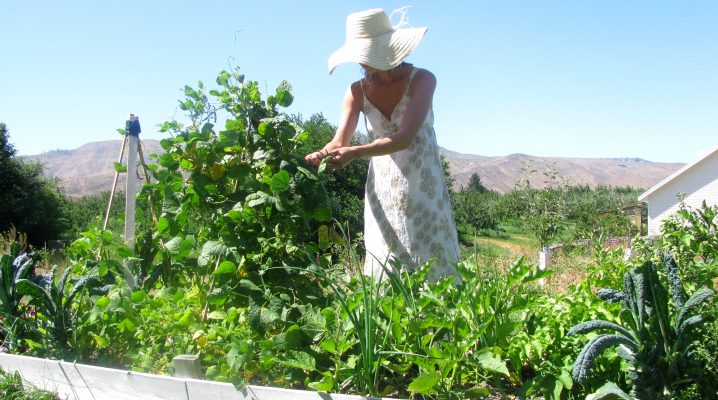 I feel passionate about homesteading for a variety of reasons. Some of the reasons tend to be less productive & political and more nostalgic. Though, on the flip side, many… 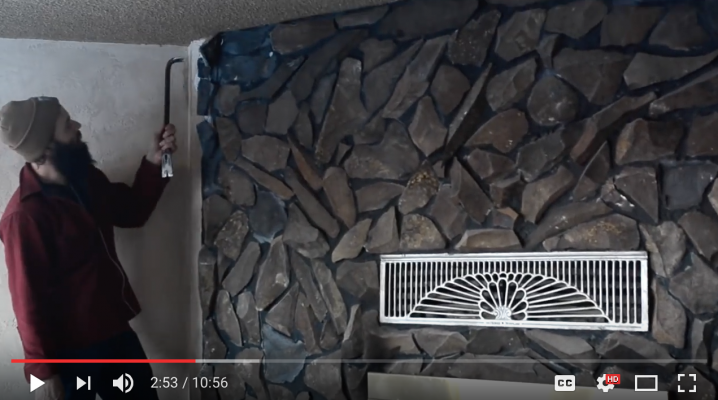 To death with the nasty rock fireplace.

To death with the nasty rock fireplace! It’s time to replace this 70’s stamp with something much, much better.  Subscribe to us on YouTube HERE and never miss a new video!…