If you follow me on Facebook, you no doubt know that we've devoted our weekend to revamping and redoing our kitchen.

And through the chaos of demolition and construction, I realized something very important. That is, I'd never – in a million, trazillion, bazillion years – want to be married to myself.

I drive myself crazy! 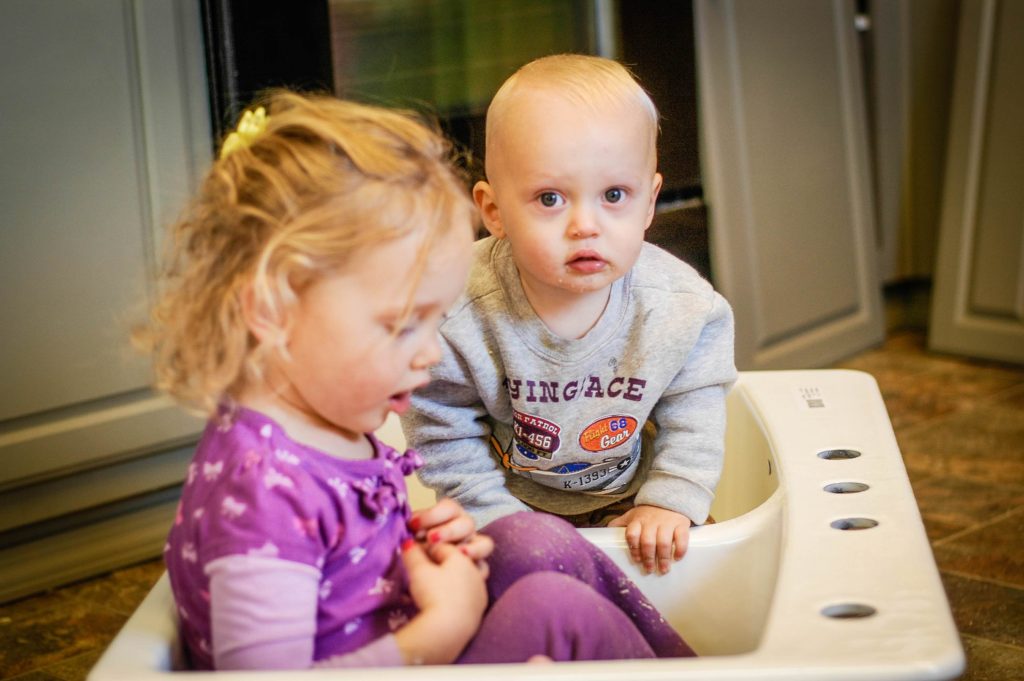 First off – I'm driven as mad. I get my mind fixated on someting and i. can't. rest. until it's finished and completed just as I'd like it to be. I suppose it's beneficial to have goals and dreams and be driven to achieve said goals… but I'll tell ya, sometimes it drives me mad! I wish I had one of those fading-light-switches where instead of turning the light on TOTALLY BRIGHT, girlfriend could dim it down a little bit – know what I'm sayin'? I could picture the future kitchen… in all it's beautiful, English-country style, and once I could see it – it's all I could see.

Secondly, once I get into said projects, I kinda turn into a turd. I can tend to be a bit bossy, shouting orders at my handy-man (that is, my homestud) and telling him what I think he should be doing and how he should be doing it.

I know. Men everywhere are cringing.

Because that's exactly what men just looooove, isn't it? Having women bark orders at them and telling them how to do their job?

“Hey honey, why don't we try and glue these boards down first?”

“Let's at least get this piece taken care of and then we can move onto that one.”

“Do we need to use that much calking?”

“Why don't you try and untighten it first? Yeah… do that…”

My husband is the most patient man in the world for not locking me in the chicken coop for the rest of the weekend while he finished the projects in peace. Lawd have mercy. He showed me a lot of grace. Or maybe I'd just worked him so hard that he was too tired to pick the fight.

Regardless. I drive myself crazy.

I also said on Facebook this past weekend that nothing tests the marital bonds like home restoration projects. And I stick by it.

That doesn't mean it was always joyful. As previously stated, the poor man had to put up with a pushy-emotional-overly-driven-female-that-shall-remain-nameless. But praise the Lord, I've been blessed with a husband that doesn't lock me in the chicken coop, nor does he get frustrated and throw plumbers putty across the room (which I personally was tempted to do multiple times). Instead, he graciously points out my sin and redirects me on a more appropriate path.

And then he makes me a mug of hot chocolate, tells me he loves me, and keeps on laboring on our behalf. Bless that man.

The good news is that much was accomplished this weekend. The bad news is that we're not finished, Stuart is now back at work for the week, and progress (if any) will be slow until next weekend.

Until then, our appliances remain on the floor.

My entire house is covered in sawdust.

Half of our dishes are lined up in boxes under the window.

A giant bowl of green tomatoes remain on the counter, awaiting their future as a chutney that shan't be realized until order in the kitchen is restored.

And cabinet doors are still missing from the walls as their dry from their second coat of chalk paint. 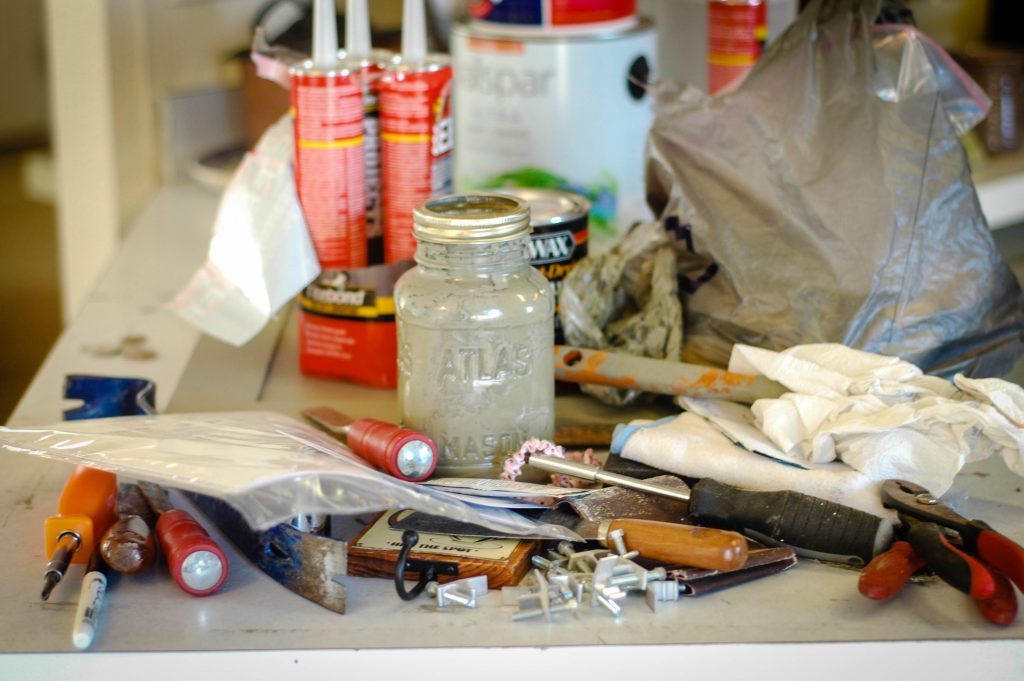 It's in my personality to desire order and neatness. I'm not one of those people that thrives among chaos. In fact, I thrive in quite the opposite. Our home is a haven for our family and I like it to remain fresh, organized, functional, free-of-clutter, and clean. This kitchen mess is about to drive me crazy! (Great. That's just what my husband needs. A new adjective to add to his ever-growing list of “my wives ‘unique' character traits”).

At least I'm not married to myself.

Because myself can be a pretty annoying person, if I'm being honest. 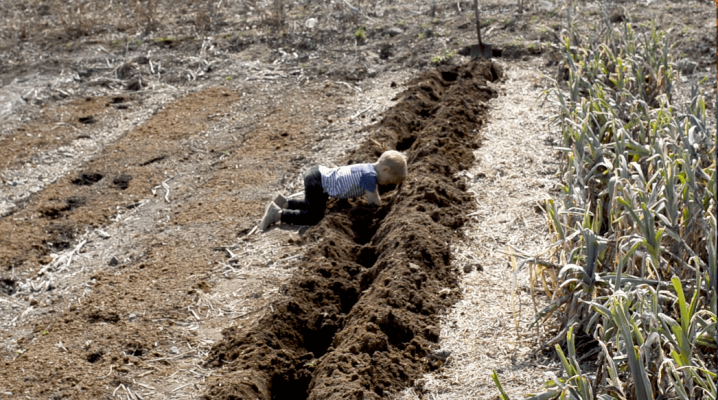 Wondering what my kids do all day while I’m gardening? Here’s how they live childhood unplugged. Make sure to follow us on YouTube for weekly videos from the cottage. If… 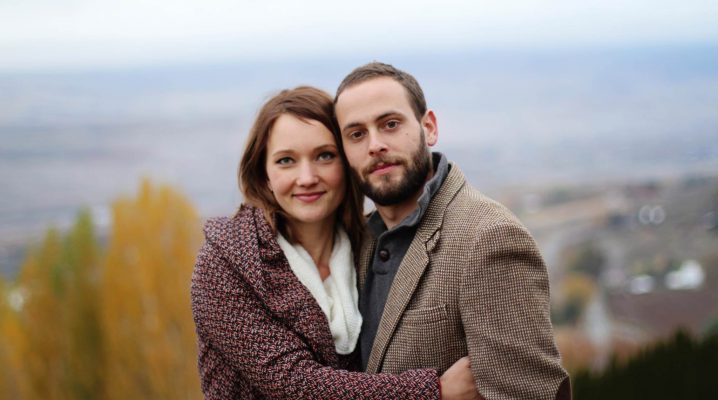 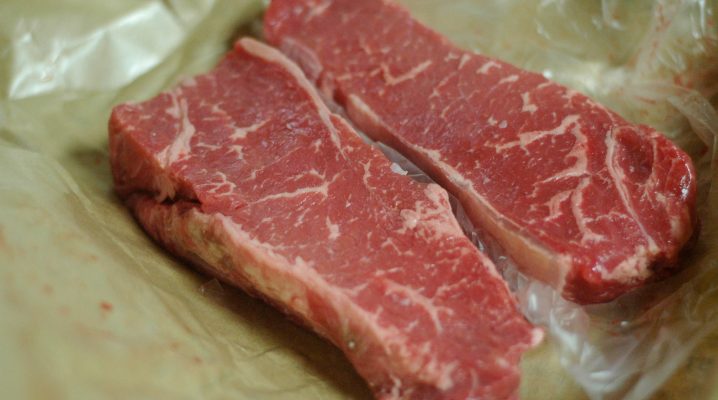 If you’re new here, there’s a few things you should know. And if you’re old here, you already know all these things, but I’m going to repeat them anyway. I…