Many of us have a glorious picture of farming, don't we? I did.

Lush green pastures, obedient and healthy animals, perfectly cleaned coops, and the like. Ya know. The good stuff.

But then comes reality.

And then comes reality + winter. 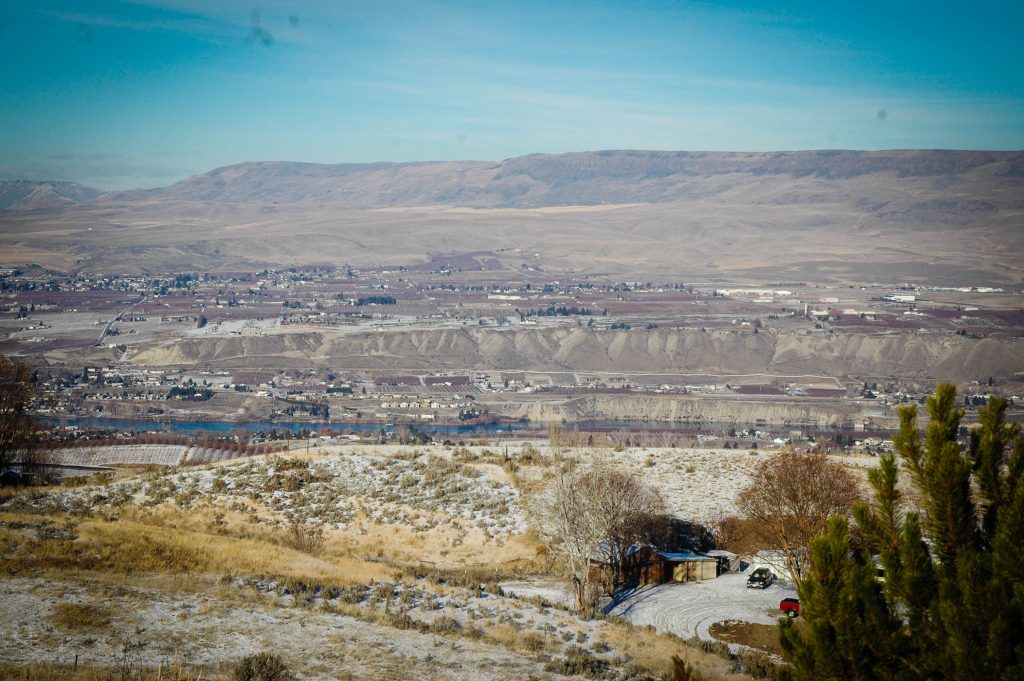 It's our first winter here on Beatha Fonn and even though I'm not stranger to hard winters (I did, after all, grow up here), my Southern born man is still adjusting to the two degree temperatures and tough task of driving in the snow and ice.

He says he's good at it. But I say otherwise. Ahem.

This winter is quite different than last year's winter, which was spent on the beaches of Gulf Shores, Alabama soaking up the eighty degree mid-January weather. Though, to be fair to Washington, the Alabama summers are horrendous – so that winter weather is really a trade off.

The reality of farm life in the winter is that even though the sun hides for a good portion of the day, no vegetation is growing to feed the animals, and water is freezing faster than you can peel your frozen socks off, the chores continue. Every. Single. Day.

The animals must still be watered, which can be quite tricky without irrigation. Right now, we're running a 200 ft. hose from our laundry hookup to the barn where we keep Sal's water tank. Thankfully, it's a large tank, so we only have to fill it every couple of days. But after every watering, we must manually drain the awkwardly long hose (which never works that well) and bring it inside so that it won't freeze up. Mind you, we've already lost two hoses this winter to the ‘ol freeze-and-split. Good times, good times. 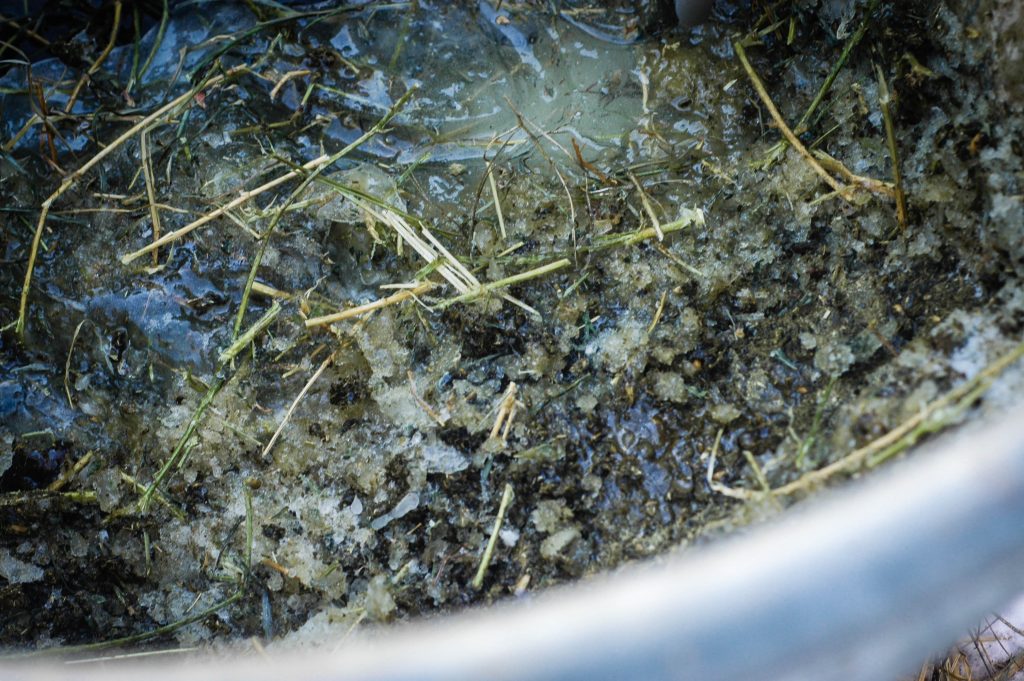 And then comes the added joy of a giant pile of poo in the water tank. In the spring, summer, or fall, this turd would easily be able to be dumped out and cleaned up. But in two degree weather, the poo quickly adheres to the side of the tank as a nuclear-fused-poo-sicle of sorts that will require nothing short of a welding torch to remove. Ah yes. Good times indeed. 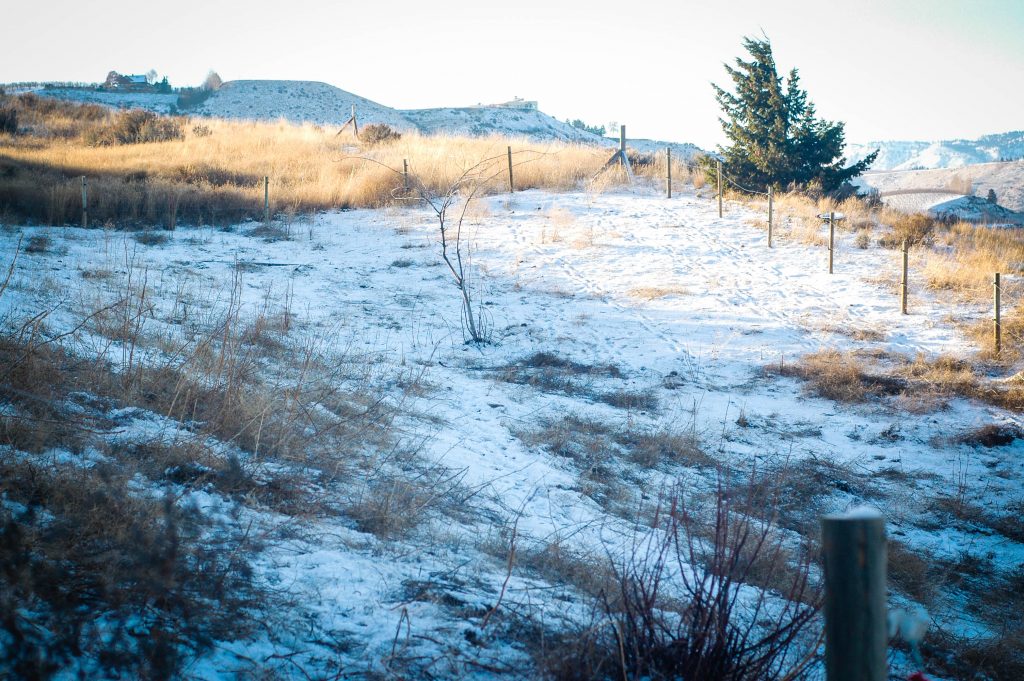 Then, there's always the fun of getting to complete those chores you put off for just a wee bit too long. Planting grass seed in the grazing pasture would be one of those chores. Even though we've had the seed sitting in our shop for a few weeks now, for some reason, we never prioritized the twenty minutes it would take to spread. The idea with the seed is to spread it right before the first snow fall so that the snow will quickly cover the seeds and help protect them from the hungry birds that will all too quickly make a lunch out of it. Unfortunately, a few inches of snow is already here to stay and thus, the seed was spread on top of it. Guess we'll see what happens, come spring!

It's also all but impossible to keep our poor chicken's water from freezing. We've tried waterers that plug in, heat lamps, and hot water – only to find a few hours later that it's already a solid block of ice. I've been making a few trips down to the coop per day to gather eggs and give them fresh water. I suppose their freezing water is a good thing – it keeps me actively checking on them in this harsh weather and also makes me diligent about gathering eggs. We've already had a couple freeze and frankly, I wanted to cry. So we better not loose any more.

(Don't worry, the dog ate the frozen eggs. As always, waste not want not.)

On top of it all, we trudge out of our warm bed at 5:00 a.m. each morning to milk Sally Belle. To be honest, I really enjoy the actual milking – I'm productive, alert, and warm next to that big ‘ol bovine body. The worst part of the morning is walking from the house to the barn. That's the little portion I could easily do without. Brr! Even with my accessory of choice, it's still pretty chilly. I do quite enjoy when the warm milk hits the cold bucket though – it's steams and gives me a facial of sorts. Ya. That's it. A Farm Girl Facial. 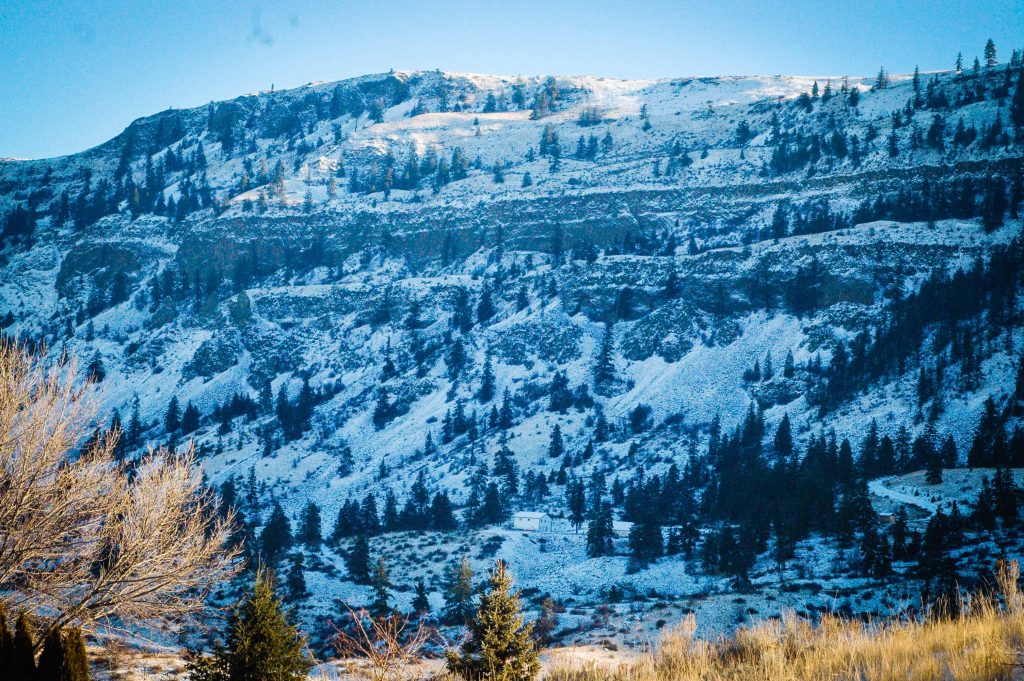 Farm life on the winter is tough. It isn't for the faint of heart or the lazy in spirit.

But as I trudge through the winter days, I hang tightly to the promises that spring will hold. Baby animals. New fruit trees. Vegetable starts. Grazing cows. And blue skies.

Also. I would just like to point out that until spring arrives, I'll be wearing my coveralls every where. Which makes me look about much larger in my shadow than in reality. 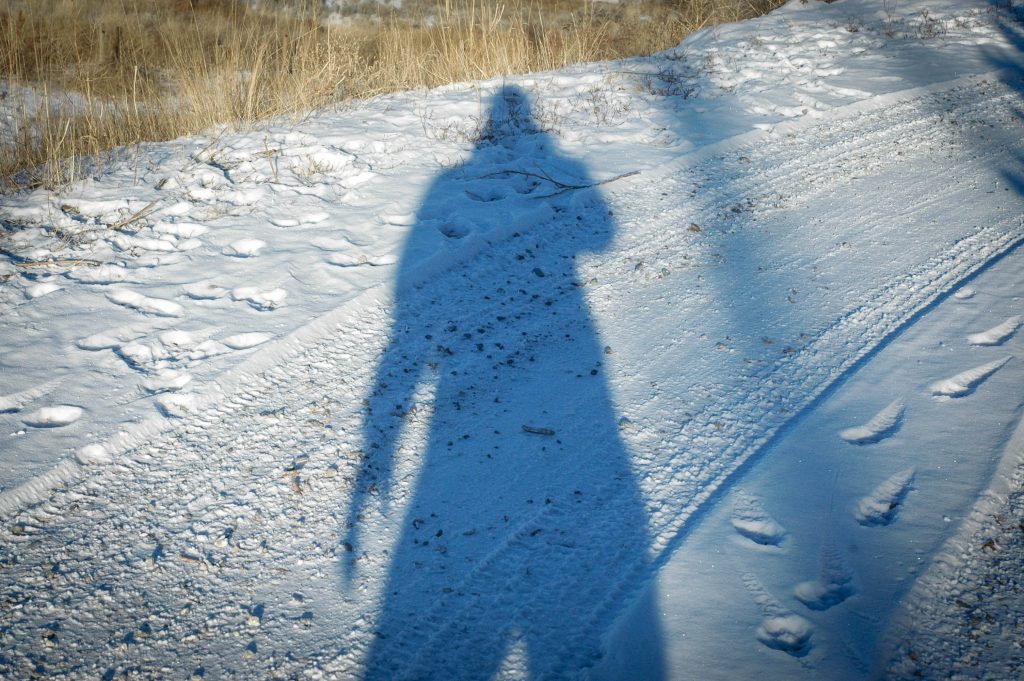 See. I told ya it wasn't for the faint of heart. 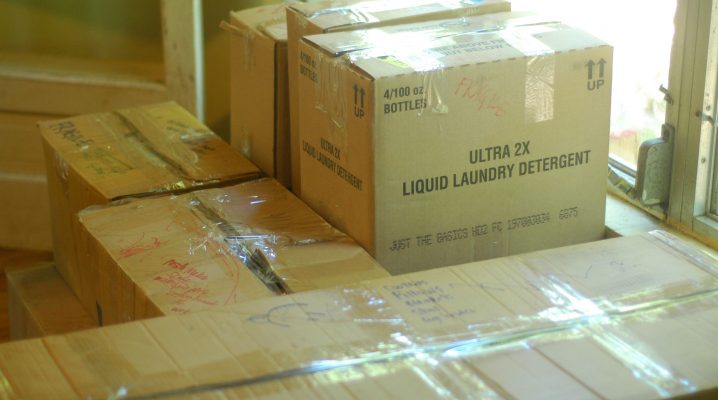 It all started with a phone call.

Welp, I certainly never thought that it would take me so long to write this story, but as I’ve painfully learned over the past few days, many things do not… 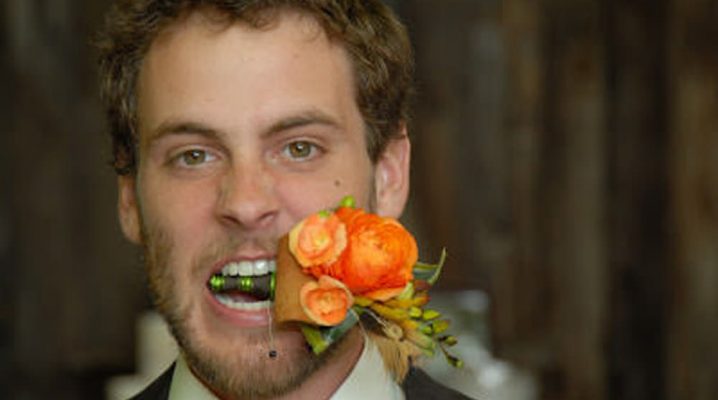 The many faces of Stuart.

I ain’t afraid to say it. I think my husband is smokin’ hot. I do.  I can’t help it. As I was browsing through my photos, I noticed that the… 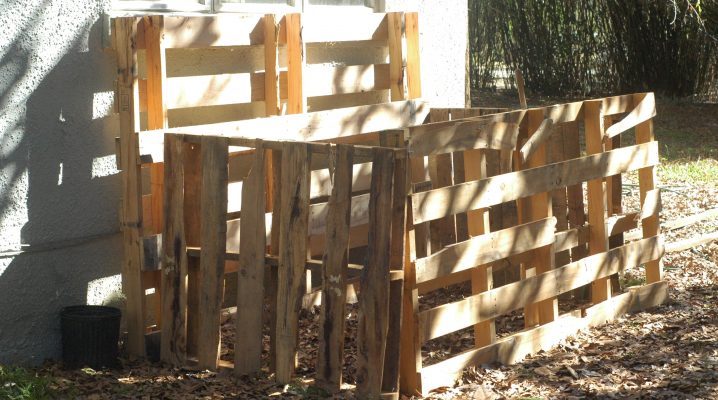 The Plague of Discontentment. And the BOGS WINNER!

Alright…alright…I know what you really want to hear, so let’s just get this out there. The randomly chosen winner (thank you, Random.org!) for the pair of BOG Farm Boots is…