I love my Toby turd. One may think that because I have nicknamed him Toby ‘turd' I don't love him, but truth be told, I really do. He's the most loyal pooch in the entire world, faithfully guarding our livestock all day every day.

I'm ashamed then, to say, that Toby Turd was the last animal on our farm we converted to a nutrient-dense, whole-food diet. The cow gets hay and oats. The sheep get hay. The chickens get organic, non-GMO, locally sourced grain and free range all day. The turkey and meat chickens get the same. Even the pigs get organic vegetable scraps from the garden and fresh raw milk.

And yet poor, neglected Toby got the cheapest dog food I could find. You know the kind. The kind that sits on the bottom of the grocery store shelf in a 5o pounds bag for $3.

Fine. That was an exaggeration.

But still. It's sort of the truth.

Last summer, after moving the farm, I kept Toby on his nasty, processed dog food diet for about 4 months. And then I quit.

I quit buying it. I quit giving into the nasty, genetically modified and artificial ingredients that fill up those giant bags. Even our household pets are subject to disease and chronic health problems from bad diets and frankly, I knew better.

But what exactly IS in those bags? Let's take a peek.

My first search initially lead me to THIS ARTICLE. Yummy. But for me, dead chicken heads and feet aren't the biggest ‘yuck' factor.

What most consumers don’t know is that the pet food industry is an extension of the human food and agriculture industries. Pet food provides a convenient way for slaughterhouse offal, grains considered “unfit for human consumption,” and similar waste products to be turned into profit. This waste includes intestines, udders, heads, hooves, and possibly diseased and cancerous animal parts. Source

I knew it—but I didn't want to admit it to myself. I rarely, if ever, trust the large food industry. I've seen first hand what beef cattle are fed on feed lots (remember? I used to work on one!) and of course it makes perfect sense that the cheap-is-better mentality rules all in this business.

The difference between naturally constituted whole foods and scientifically concocted manufactured pet foods can be seen on the pet food labels with a plethora of synthetic vitamins, amino acids and trace minerals of dubious nutritive value and origin (as from China) deemed essential because of the poor quality of lowest-cost basic ingredients, and because of the destruction/denaturing of essential nutrients due to processing, storage and cooking. Aside from the fact that major pet food companies are still selling predominantly cereal-based cat foods (e.g. combinations of corn meal, corn gluten meal, brewers rice, wheat, and soy flour), as ‘complete and balanced nutrition for all life stages according to AAFCO animal feeding tests' which, for documented health reasons, is unethical, dog and cat foods can include the following non-nutritive additives:

Red 2G food coloring has been identified by the European Food Standards Authority as a carcinogen, and other coal-tar and petrochemical-derived Azo dyes used as food (and beverage) coloring agents are now being re-evaluated.

Gimmicky additions to pet foods include marigold and chicory extract, and touting chicken byproduct meal as a ‘source of chondriotin and glucosamine' in reality means that much of this ingredient is probably of low protein value because it contains a lot of cartilage and bone from the remains of ground up chicken parts not considered fit for human consumption. Source

Our dog is an important, nay, essential part of our homestead. He is irreplaceable. Why on earth would I feed him a product that could bring him to physical sickness?

What the Big Companies Do Right

What I do appreciate about the commercial pet food industry is that they make use of ‘waste' from the human food system. Often utilized are chicken heads, necks, meat scraps, etc. As a frugal homestead, I can appreciate the resourcefulness and utilizing pieces and bits that would otherwise be truly wasted.

When cattle, swine, chickens, lambs, or other animals are slaughtered, lean muscle tissue is trimmed away from the carcass for human consumption, along with the few organs that people like to eat, such as tongues and tripe. Source

GREAT! By all means, utilize the tripe and the tongue. I like this concept. But let's do it right.

What the Big Companies Do Wrong

First, they assume that dogs and cats are mostly vegetarians, pumping their product full of vegetable proteins in the form of soybeans. Just an observation here, but dogs are carnivores. That means they primarily eat meat. Grains are fine in moderation, but must not make up the majority of the diet. That leads to dietary and gut problems—dogs are designed to digest meat!

On top of relying on genetically modified animal protein, the companies also include scraps and by-products that are hazardous, including sick and diseased animals, and bits of the meat that no animal should be eating, such as stillborn animals, infected animals, and uncleaned intestines.

What I Feed As An Alternative

Regardless of the spring of 2007 largest ever pet food recall that resulted in the poisoning and deaths of thousands of dogs and cats across North America, my answer to this question, unlike many of my veterinary colleagues, I have come to believe that dogs and cats should not be fed most manufactured pet foods as their main or only source of nutritional sustenance.

I have come to this conclusion because of the dramatic clinical improvement in dogs and cats suffering from a number of chronic, debilitating, and costly health problems once they have been taken off highly processed commercial pet foods and are given naturally formulated, organic whole food diets appropriate for their species, age, physical condition, and activity level.

Scientifically formulated, manufactured pet foods are packed with chemical supplements used to ‘fortify,' i.e. make up for deficiencies in the basic ingredients that are slaughter house and food and beverage industry waste byproducts, and other chemical additives to flavor/taste-enhance, stabilize, preserve, color and ‘texturize' ( appear like meat and gravy rather than a grey mush). According to a CNN News report on July 20, 2007, such supplements that are put into processed foods for human consumption as well as in to pet foods are not subject to any FDA inspection or oversight, and the government has no records as to country of origin of these additives/supplements. Source

That says it all… ‘a naturally formulated, organic whole food diet.' And by that, well, I took it upon myself to interpret it specific for my Toby Turd. For Toby, it means:

– The occasional vegetable (if he'll eat it)

I don't portion out Toby's meals. Instead, I feed him a bit each day as I've got it available. Sometimes it's just a two pound chunk of beef liver from the freezer. Other days, it's a half gallon of chicken stock and the boiled chicken carcass. Other days, I clean out the fridge and make him a real feast of leftovers. He always picks around the vegetables, which makes me laugh—especially since a ‘diet full of vegetables' is so often advertised on those giant bags of dog food (you know the pictures of a whole roasted chicken and pile of vegetables I'm talking about).

Since switching Toby over to a real food diet, he's been healthier than ever. At almost eight years old, he's never had a health problem – except the broken leg from being stepped on by my horse, naturally. He's healthy. He's happy. He has no problems with bowels or vomiting. He's just a regular ‘ol dog livin' the dream life on the farm, lickin' the marrow out of beef bones.

What if I don't have those foods for my dog?

I think it's easier to find them than you think. Though a lot of our meat comes from our farm (like the chicken heads, meat scraps, beef heart, etc, etc.) it's all available through a butcher or from your local grocery store. They're outcast, cheap cuts and I think you'll be surprised at how much a nutrient dense diet will sustain your animal. They don't eat nearly as much because instead of empty calories, their bellies are being filled with real food goodness.

So check with a local butcher shop. Or a local farmer. Or a local grocery store or meat market. All it takes it a phone call to find scraps. Truly, how many people do you know that eat the head of their harvested sheep? Not many. But your dog will!

Most all of this food is free for us—butchers are usually happy to throw in trimmings, tongues, kidneys, hearts, livers, and fatty bits because no one else wants them. When we purchase our quarter of a steer, we're not even charged for them because they'd otherwise be ‘waste.' Essentially, we've fed Toby for free for almost an entire year.

We can do better for our animals.

Without Toby turd on the farm, it's most likely that my chickens would have fallen victim to hawks and owls long ago. Coyotes roam the perimeter but stay at bay. Cows are brought in from the fields and sheep are guarded endlessly. He's essential to the functioning of our farm. On top of that, he's our companion morning, noon, and night – regardless of weather. He's there when we bring a new animal to the farm, chases the pigs around the field, at my feet when I garden, and with us every time we take the ol' golf cart for a spin.

I want him to be all those places for years to come.

In a way, Toby is not only my companion but also my meat garbage disposal. It ‘s a perfect system for a minimal-waste-farm.The pigs, sheep, and chickens love the veg scraps. Toby loves the meat.

And I love Toby.

And Toby loves me. 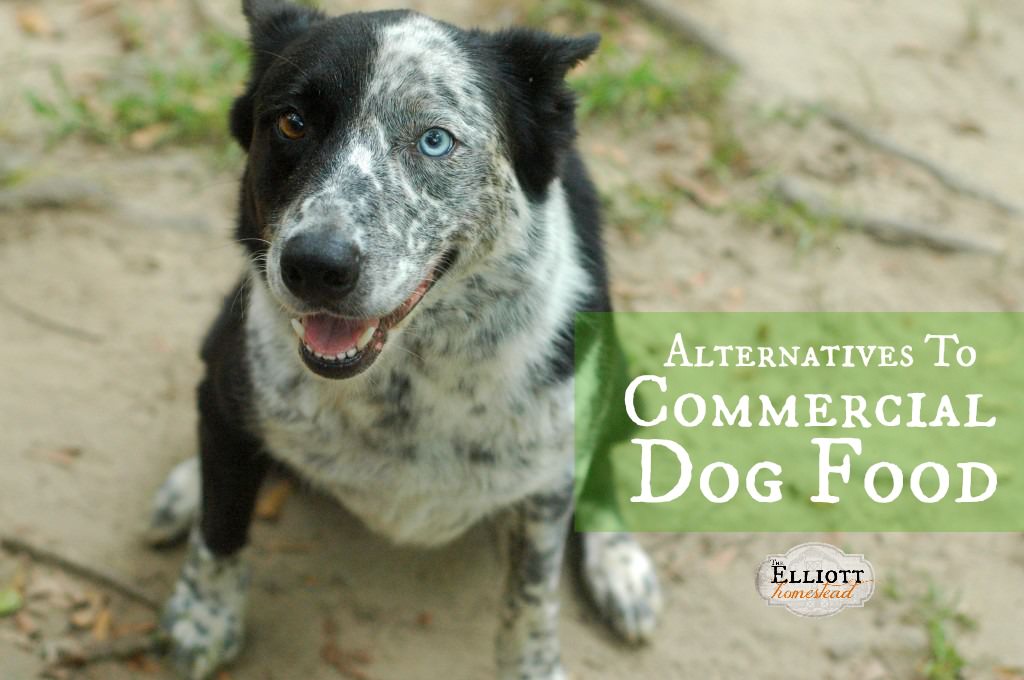 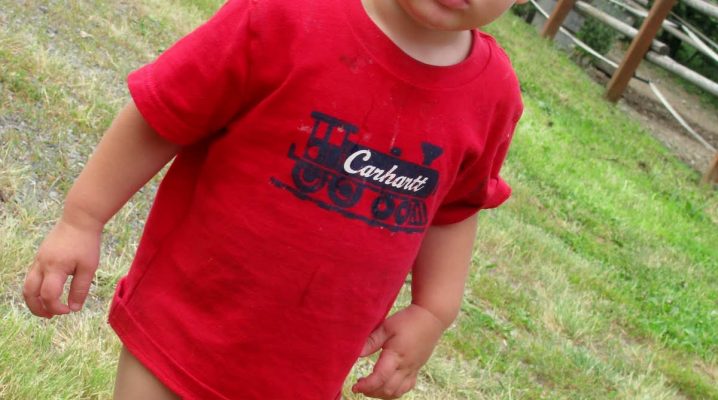 This is Brooks. Hi Brooker-Bear!  Auntie Boo loves you so much! Note: “Auntie Boo” is what my niece and nephews call me.  It has something to do with the little… 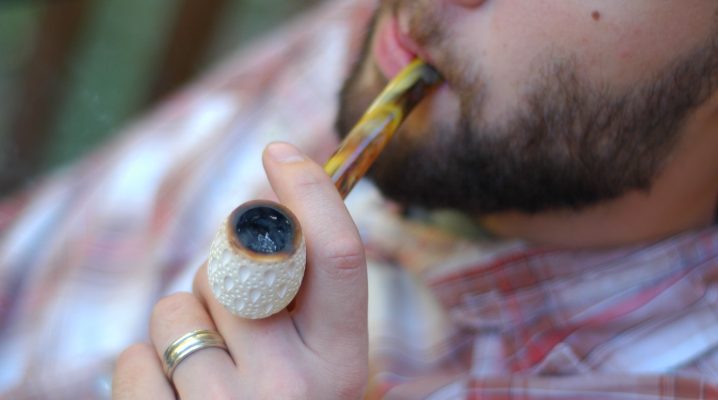 My husband lovingly reminded me this is quite a hefty topic to address. And he’s right. But none-the-less, here I am writing it. Luckily, I use small words and simple… 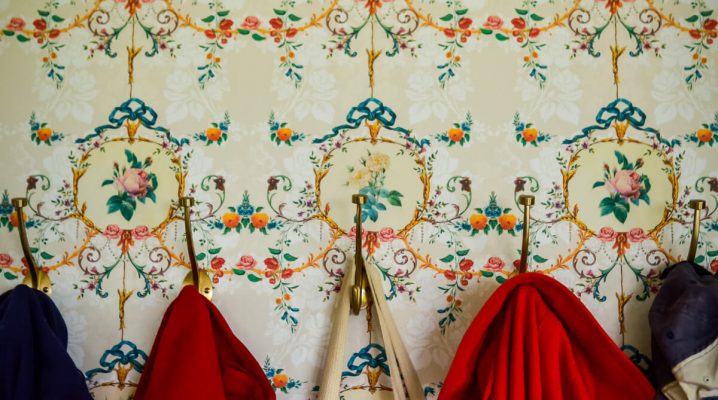 We’ve now lived at Le Chalet longer than we’ve lived anywhere – at least, as a family. It’s been a hair over three years and that time has been spent…