Just me again. Lacing up my boots, pulling my jeans over the tops, adjusting my flannel and smearing on some lipgloss before lifting up my foot to step up on that soap box I lug around with me from time to time.

Ahhhh, the view from up here is lovely. I am a farmer. This soap box moment is brought to you by that world view. Consider yourself warned.

I want us to stop pretending. 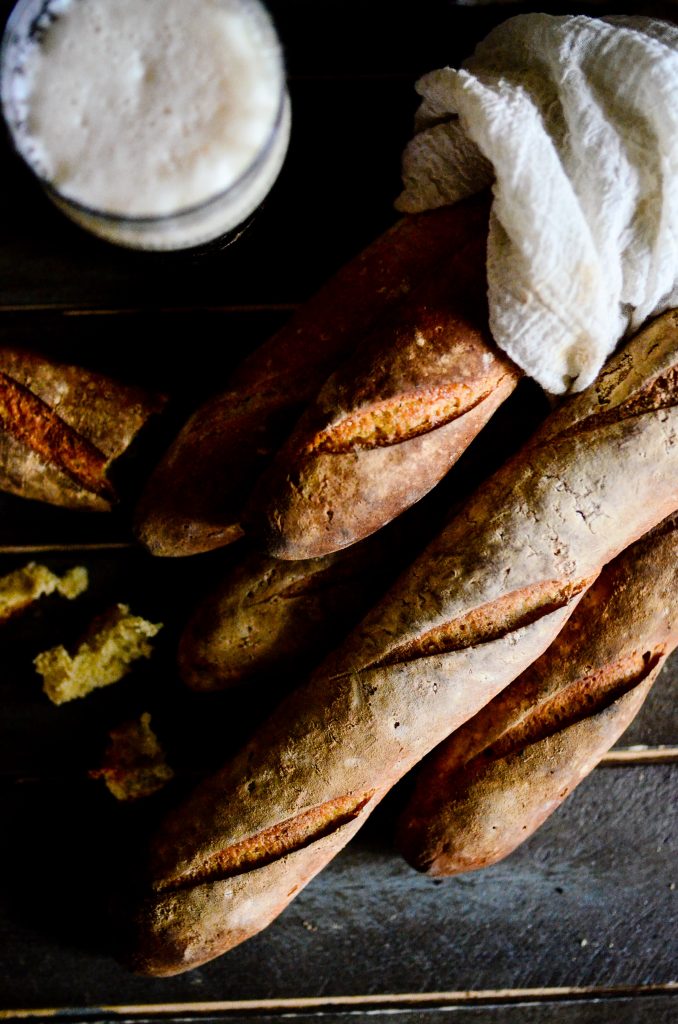 I don't like to draw hard lines in the sand where God has not. Therefore, I will never make food in-and-of-itself a moral issue.

But there is a broader context in which we can understand God's creation. He is the Ultimate Artist, the Divine Creator, the Author of Life. He has created a world that is infinitely complex and yet beautifully simple. It is incomprehensible in it's magnitude and in His mercy, He has given us dominion over that creation.

How do you think we're doing with that responsibility?

We were given potatoes. And we've now genetically modified them so that we can grow more, completely neglecting the long term effects these have been shown to cause on our bodies. All the while wasting over 60% of what is grown, marketed, and sold to begin with. Could we benefit greater by taking care of what is already there?

Instead of opting for balance in growing crops, we've instead run our land raw and watched it bleed for help. Should we be farming in a way that nourishes the land we've been gifted?

We no longer feel the need to cook for our family, often hiding under the mask of ease and busyness, all the while contributing (arguably) far too much of ourselves to entertainment and leisure. Perhaps the problem isn't that we don't have enough time – perhaps we've given too much time to the wrong areas of our lives. What say you?

Our children are sent to school with bellies full of sugar and technology. We can't understand why focusing and concentration are increasingly difficult. Could our children benefit from eating something different?

We live in such a state of “overabundance” that simple “abundance” just doesn't satisfy us. At the cost of taste, we're willing to sacrifice for constant over-saturation. “Peasant food” doesn't have a place in our line up. Noses are quickly stuck up at any foods that aren't familiar. Over 55% of an animal is wasted in the slaughterhouse because we're too rich to care. The food that sustained people for thousands and thousands of years is no longer good enough for us.

Let's stop pretending our food was grown by magic fairies. Someone planted those potatoes and leeks and fertilized them with something. Someone harvested the avocados and apples from somewhere. Someone birthed and transported and fed and butchered the meat. Somewhere, some chicken just layed that egg you're enjoying.

This is all done in damaging way to our environment. Or not. There's a choice at hand. 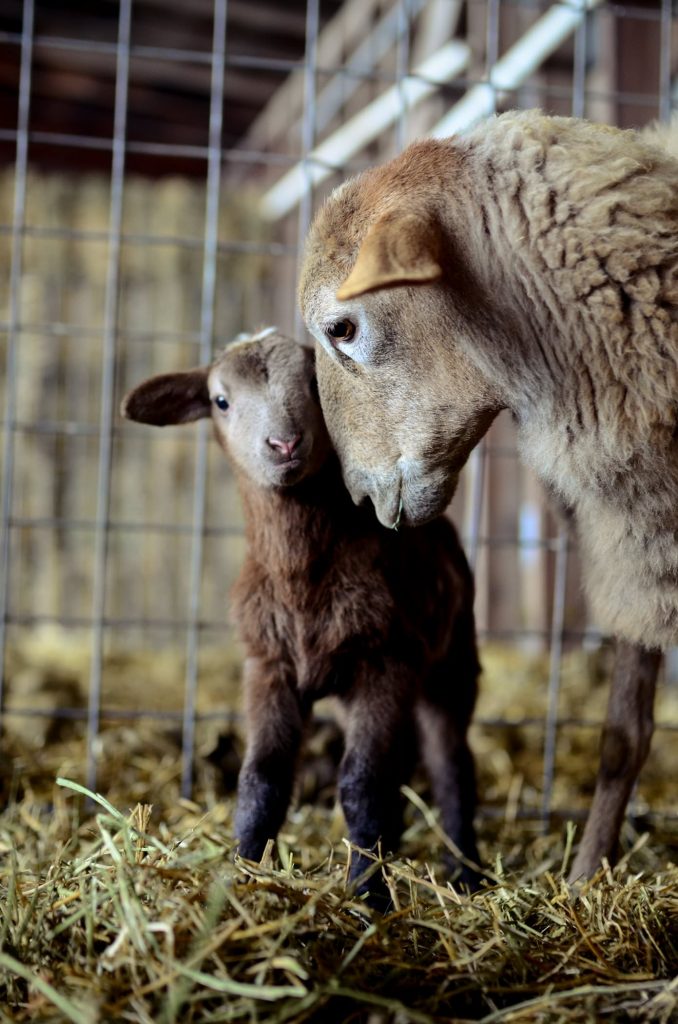 We're all given different passions in life. Food just happens to be mine. I realize that it's not everyone's, and yet still, all of us must sustain our bodies with something if we're going to survive.  There are a thousand things that tug at our pocketbooks and calendars, no doubt.  But at the end of the day, surely, we still must eat.

When we start to care more about excuses than we do about overcoming them, that's a symptom of a problem. I get emails every day from those who ‘don't have time to cook meals' and yet can find the time to write me an email telling me so.

We do have time to care about what sustains us. Get off of Netflix. Get off of Facebook. Heck, get off my blog. Get out there and care about this world and your body. 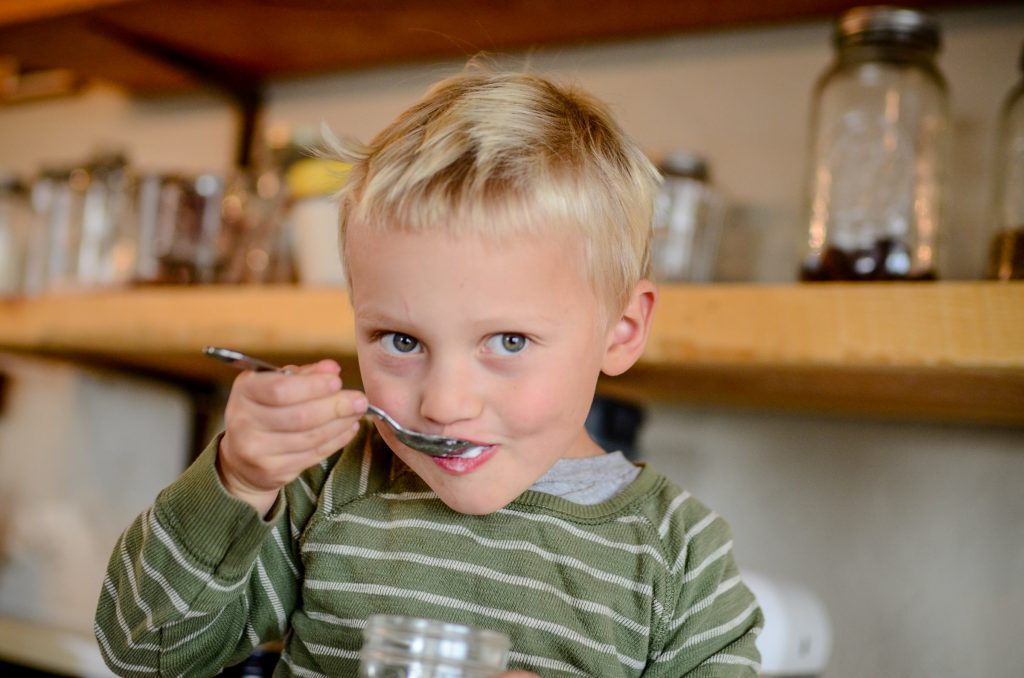 Sit down and eat a proper meal with your children. Yes, that's a command. There's a reason Jesus broke bread and drank wine with his disciples, my friends. Our souls are fed as much as our bodies during this time of fellowship and hospitality.

Teach them to love local, fresh foods. Teach them about where it comes from. Let them shake hands with the farmer. Make dishes with them. Stop giving them other options other than food that nourishes their little bodies.

Stuart says I'm preaching to the choir here, and maybe that's true. But if you do care about these things, consider this your encouragement to keep fighting the fight! There are days that it's hard to be “that family”. I get it. But press on – you're not alone.

At the end of the day, we have to be willing to work our know-you-whats off. Lord knows, this ain't easy. It takes a constant death to convenience and ease.

But we have the freedom to make that beautiful choice where thousands, even millions, haven't.

Let's not pretend we don't.

We CAN do this! 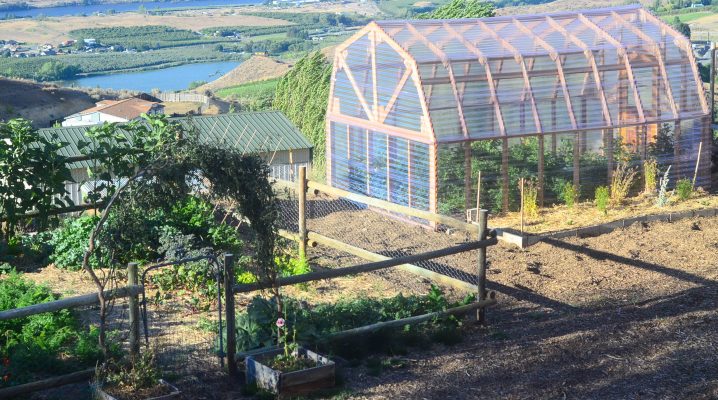 How To Build A Greenhouse

Let’s talk greenhouses. Rather, let’s talk about how to build a greenhouse. I’ve dreamed of them as long as I can remember – lusting after not only the practical aspect… 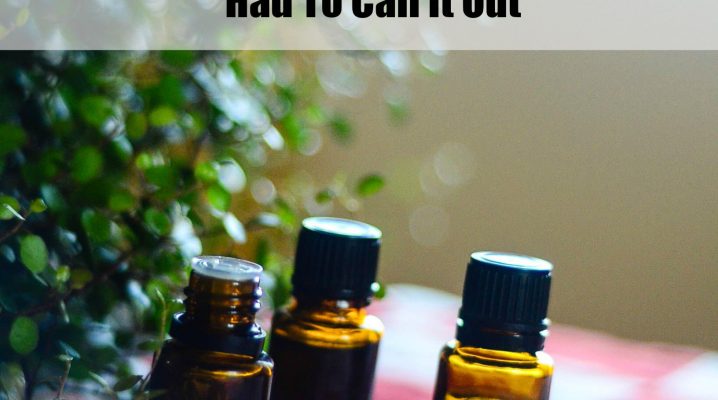 I use a lot of essential oils. Like. A lot of them. And I love them. Let’s just all remember that as we continue on in this post, shall we?… 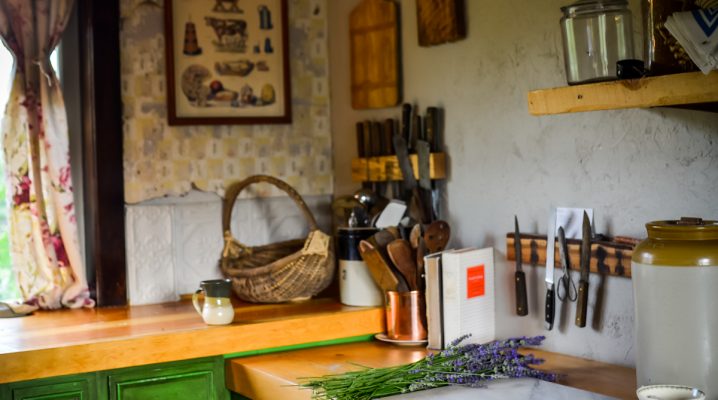 “This is the time of month when you get really…” Stu reluctantly stated. “What?“, I replied? “What do I get?“ “Ambitious, honey. I was going to say ambitious about the…