There seems to be a theme among my posts these days. Many of them seem to be bovine related, no?

I can't help it. Morning, night, and the daylight hours between I spend with our milk cow, Sal. If I'm not milking, I'm feeding, watering, brushing, whippin' up butter, or my newest hobby (that takes up the majority of my time) – cheese making.

But this post is not on cheese. I just thought you should know that while I may be silent on the internet about cheese making thus far (don't worry, the recipes will be coming!), the kitchen is still full to the max with a huge variety of them! Seriously. I have to get a new cheese cave because I've already filled mine up. It's a good problem to have.

I figured that now was as good of a time as any to reflect on our first month with Sal. And breakdown the anatomy of it all for any other newcomers out there. After all, it wasn't but a few weeks ago that I was a newbie to the family cow, as well. And being a novice newbie like myself, what better time to write an informative post on the matter? (Insert sarcastic laughter here.) (Can laughter be sarcastic?) (Nevermind.) 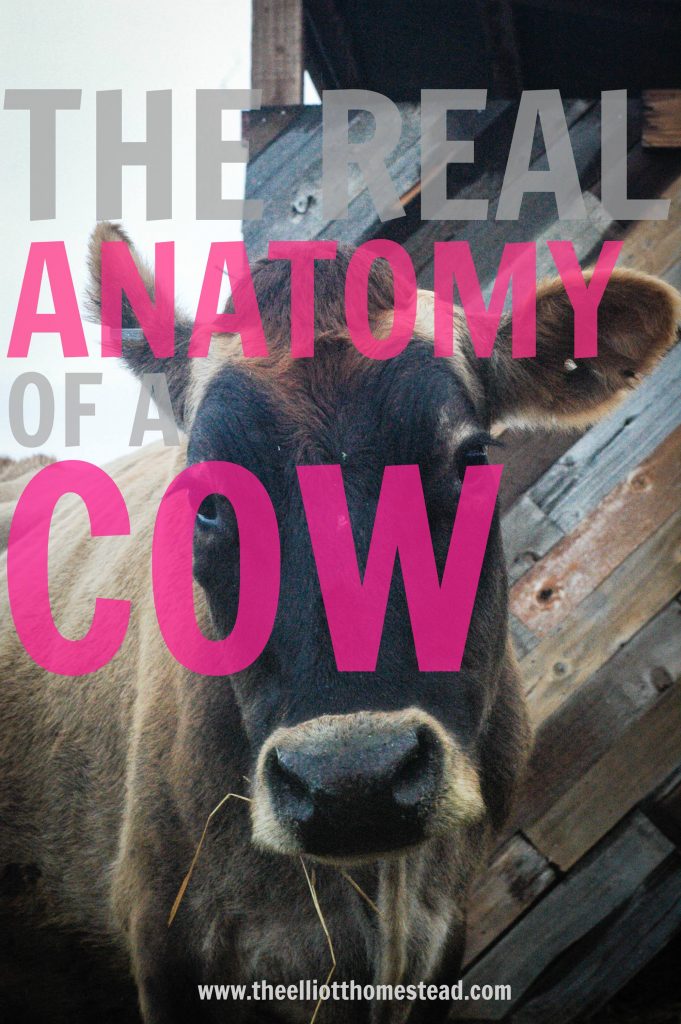 So let's reflect and dissect, shall we?: 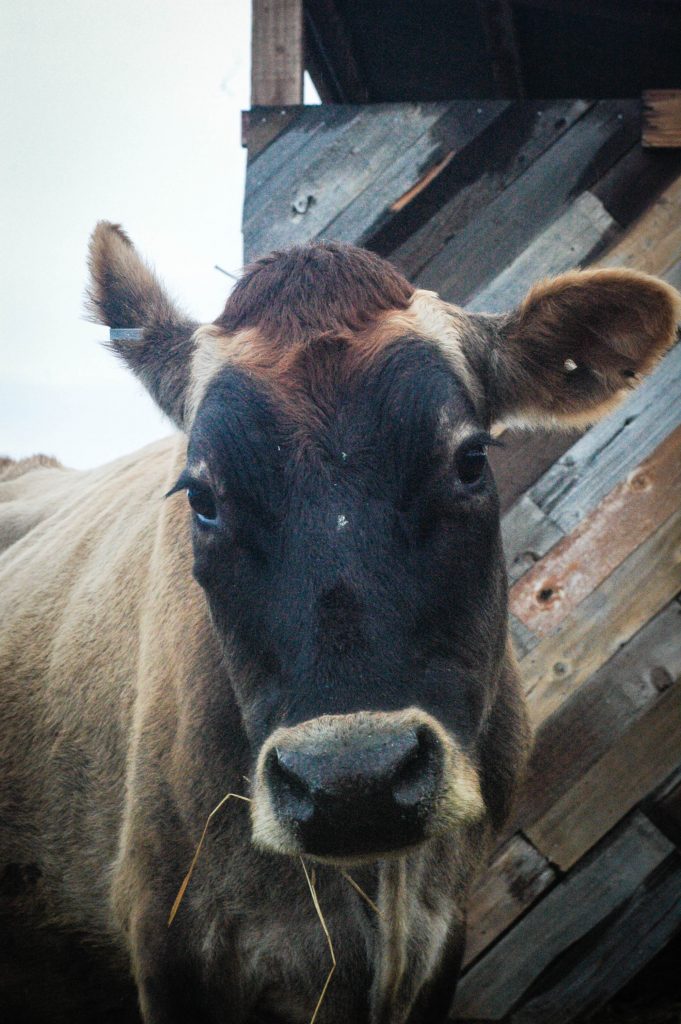 Oh, hi Sal. So nice of you to join us here in our reflection and dissection.

In her first month, Sal gave us over 70 gallons of milk. SEVENTY. GALLONS. We have been keeping a running list of how much she gives us per milking so that we can crunch the numbers when it's all said and done. That being said, I've been a tad sloppy about it the last couple of days because our numbers are all thrown off this year with the arrival and departure of Kula, so it was going to be really difficult (if not impossible) to calculate. We've decided to just start fresh with the numbers next year.

It also means that in our first month, we've milked her over sixty times. SIXTY. TIMES. (I'm capitalizing the words to make it sound really dramatic. Try and stay with me here.) Learning how to milk quickly and efficiently was not easy. It took plenty of kicks to the knee, hooves in the milk bucket, tail swishes to the face, blood, sweat, and tears (literally) to tackle the skills and get the dexterity. I'm still no pro, but I'm at least able to anticipate a kick efficiently enough to get the milk out of the way.

Most of the time. Ahem.

And while we're at the udder end anyway, I'd really like to set a few things straight. This is an udder (singular). A cow has one udder. Each udder has four teats (plural). 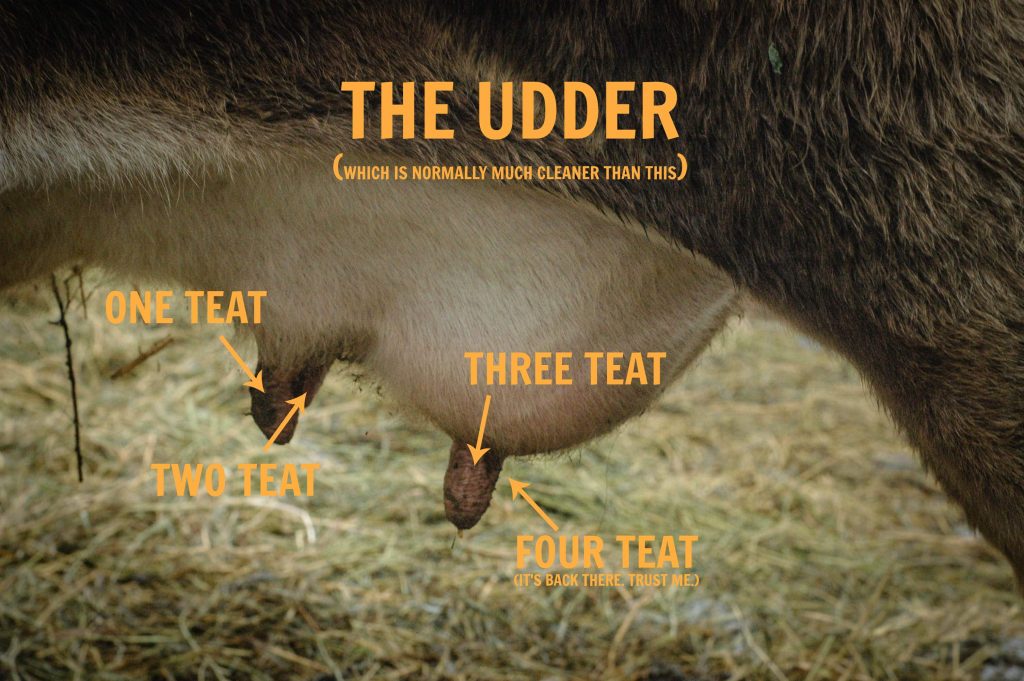 Internally, the udder is sectioned into four chambers – each with their own milk supply. So when you've finished milking the first two teats (and they're all empty and flabby) and you move onto the next two teats, they'll still be completely full.

It's basically like four internal water balloons. Each needing to be drained, accordingly.

Sal has small teats, so I only use three fingers to milk. Some cows have super large teats, so a full hand is required. They're all different in their shapes and sizes. Just like women!

I'm sorry for comparing you to a cow's teat.

Since we're at the back end of the cow, let's talk about this: 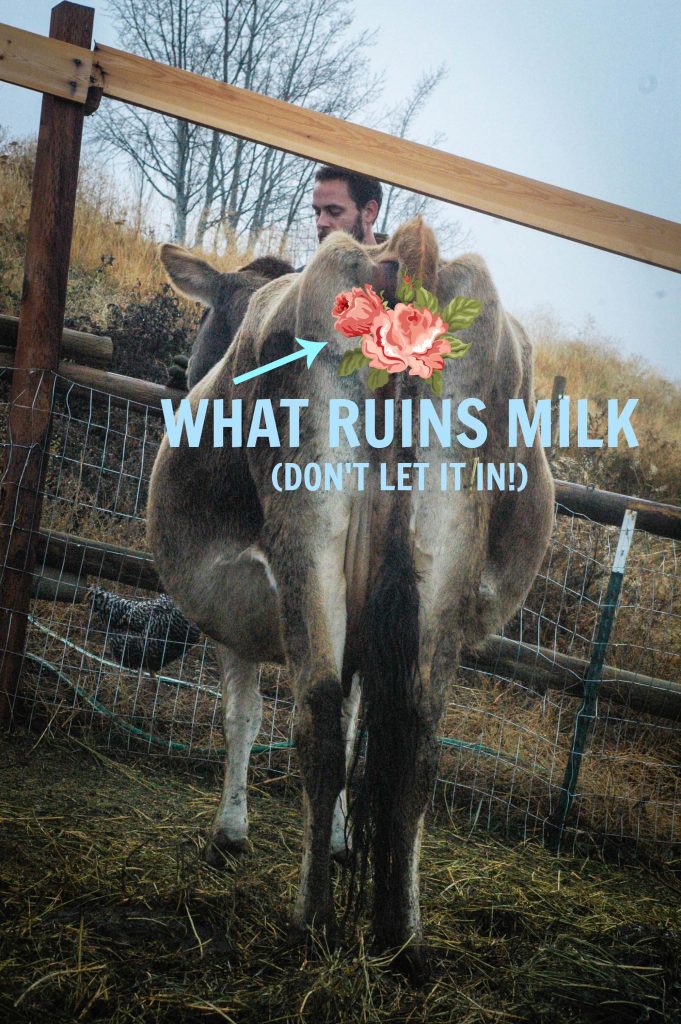 Ideally, your cow has been trained to not pee or poop in the milking parlor. Sal, for the most part, is very good at getting rid of everything before she comes in for a milking.

Seriously. Have you ever seen a cow urinate? It's like a fire hose. And it splatters everywhere. Unless you've got a lid on your milk bucket or can anticipate the urination enough to hold the bucket above your head, once a cow urinates in the milking parlor, it's probably best to feed the milk to the other animals. Ain't nobody need any contaminated milk.

That's why I've affectionately labeled both excretion holes as “milk ruiners”. And speaking of poo, you'll come to find it as both your best friend and notorious enemy: 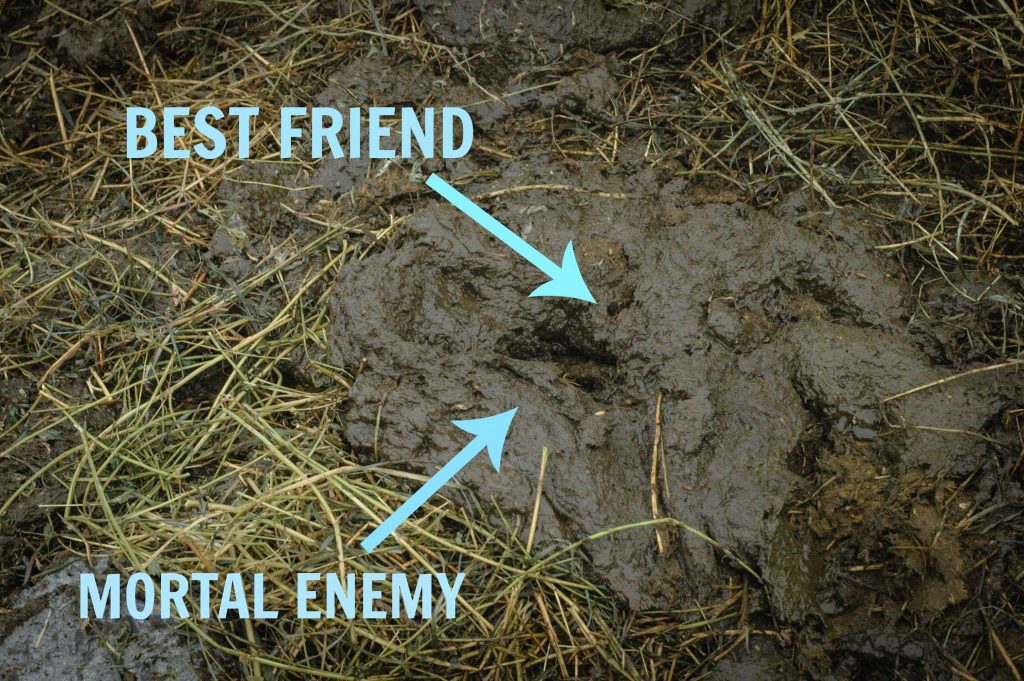 Best friend because it's lush fertilizer for the garden and will make those ‘ol tomatoes grow like nobody's business. Notorious enemy because you'll spend your cold, wet, sloppy winter days trudging through it and poo management just ain't that fun.

I think that's enough time spent at the tail end, don't you? Let's head up to the front, or as I like to refer to it, “the weapon of mass destruction”: 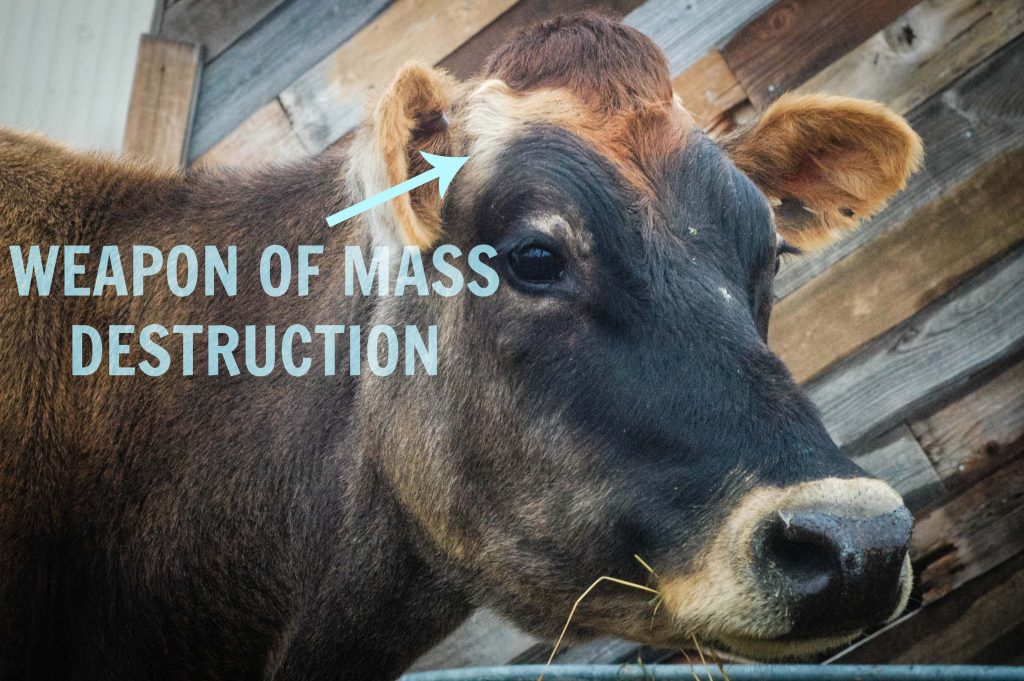 A cow's head is it's weapon and it's first line of defense. I don't know how much the average cow's head weighs… maybe a million pounds or something… and they're practically made of titanium. Have you ever been head butted or pinned by a cow's head? (As if these things happen in daily life for other people…). Point being, a cow's head is incredibly strong. One swift flick to the side and even a well mannered cow can knock you flat on your tooshy.

If you work around a cow, you can't be embarrassed when you fall on your face. Just expect it to happen, put on your big girl pants, and move on.

We tie Sal up while we milk her and she happily eats her oats and apples from her bucket. She'll throw her head a bit if she finishes her grain before we can finish milking, but for the most part, she's pretty good at standing still for us so that a milking stanchion was not really necessary. This may not work for every cow or for every set up. But for us, it's just fine.

On top of the head being the weapon of mass destruction, it's also the entry for a variety of feed-stuffs and knick-knacks. Oats. Apples. Hay. Spare pieces of twine (gotta make sure those are cleaned up!). Seriously. Cows will try and eat a lot of things. Best to keep their pen cleared of knick-knacks that could potentially clog the gut or puncture one of the stomachs.

Yep. I said stomachs. Cows have four stomachs, actually. Like they have four teats!

See how much we're learning here?!

Right now, Sal's eating about thirty pounds of hay per day – fifteen in the morning and fifteen at night, after milking. I can't wait until we have lush green pasture to put her on in the spring! But that's good few months away for this North Central Washington homestead.

Lastly, it's also important we point out a few other special parts on this beautiful bovine. The whip: 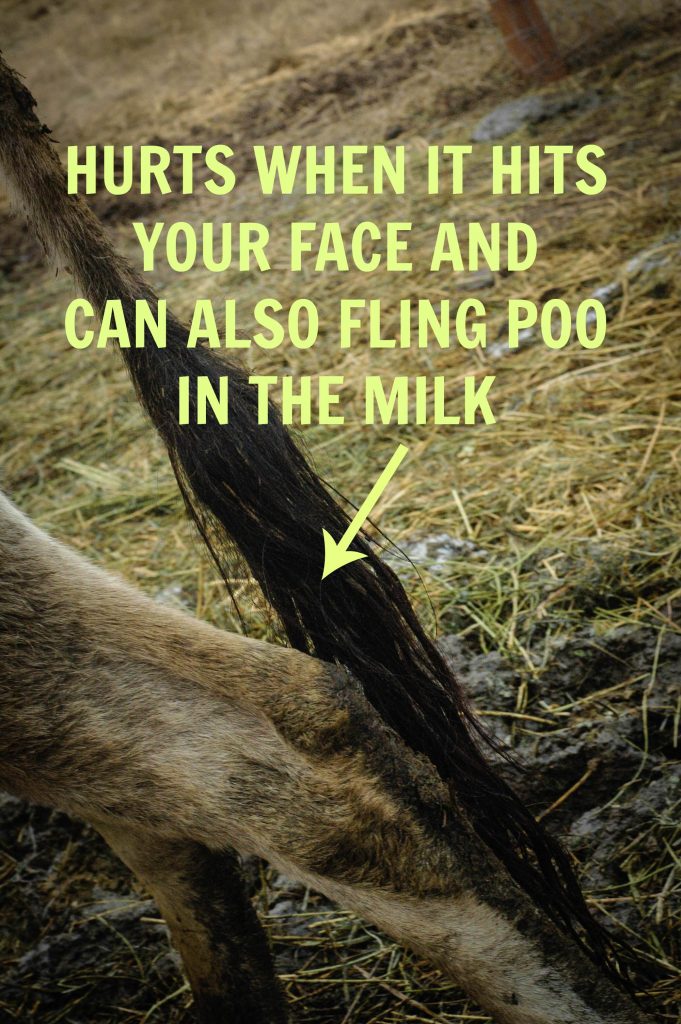 And the second favorite weapon, next to the W.M.D. Ever had a hoof print bruise? Good. Me too.: 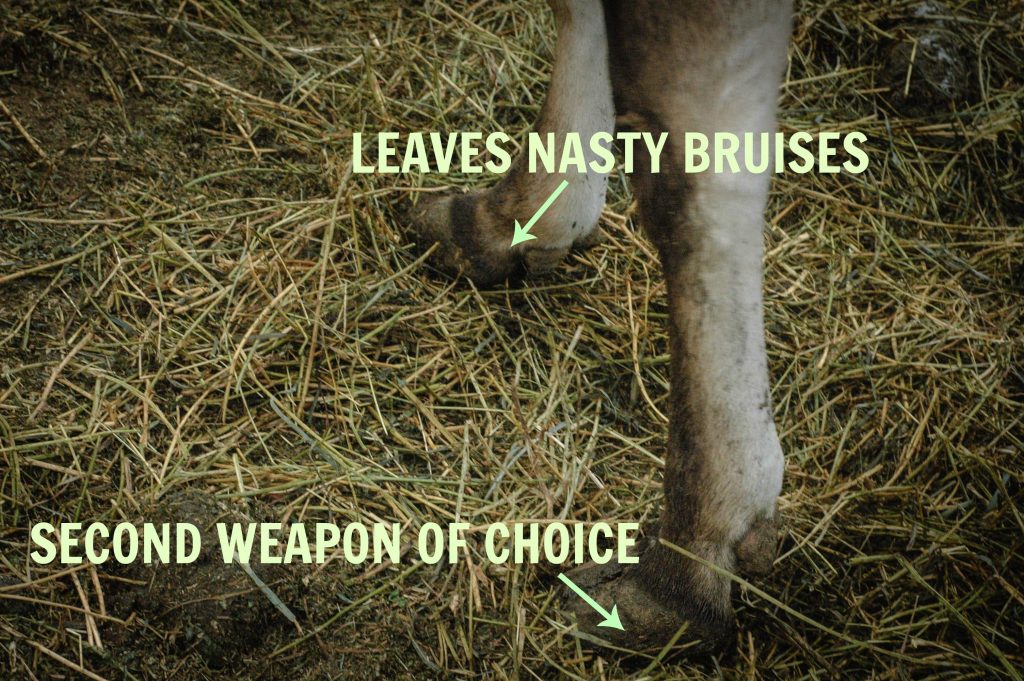 And lastly, the best part of a Jersey. The beautiful eyes (ie: the ‘milkshake') that brings all the boys to the yard. It's how she gets the men-folk to swoon: 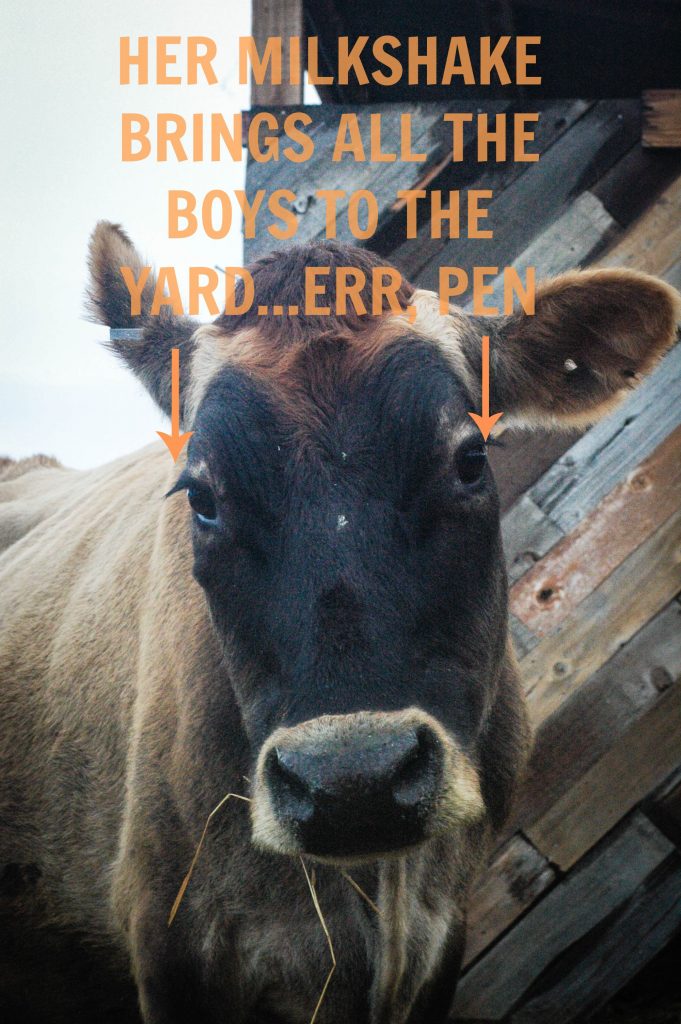 Poor Sal. She didn't know how her body would broken down on the world wide web in such a public way. It's enough to make a girl self-conscience! 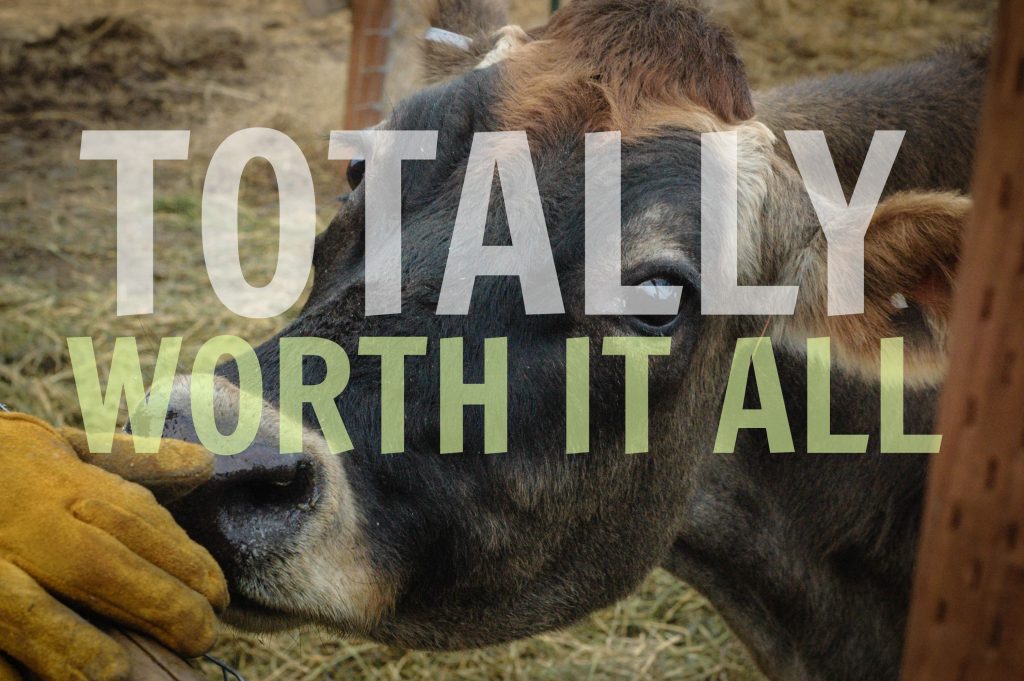 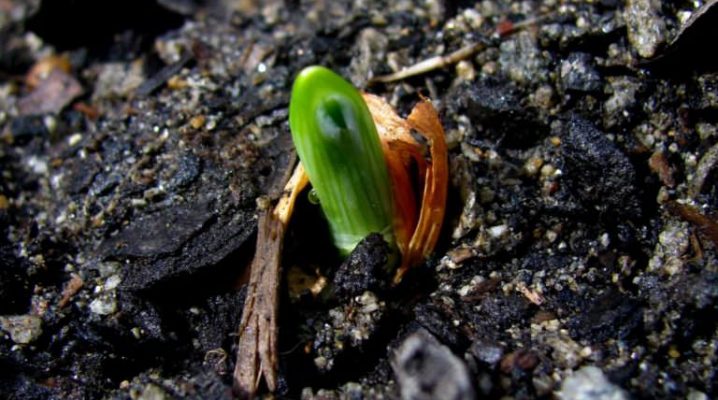 What we’ve got brewin’ in the garden.

I’ve been getting lots of questions lately on my garden, so I thought today I’d bring you up to speed on what (and how!) we’ve got things started on the… 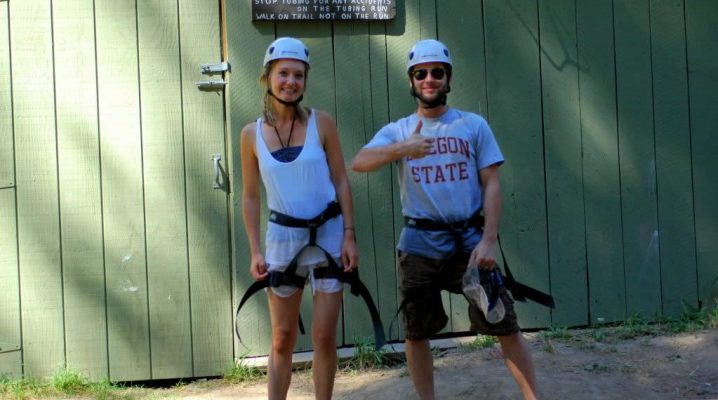 Sure, there are far more productive things I could be doing than scanning through the photo archives on my computer.  But as I sat scrolling through pages of photos last… 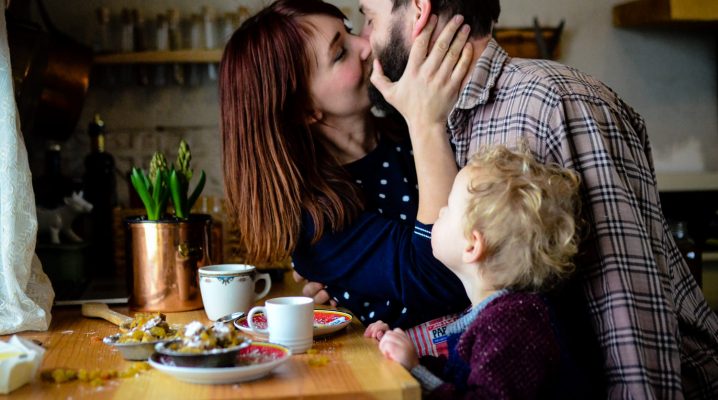 This is my farm and a family lives here.

“I think you need to see this house. I think it could be amazing.” I won’t quickly forget the first time I drove down the dirt road that leads to…