Frankly, I'm ashamed of myself. How could I not have address this already? Sure, we've talked about naturally breeding the family cow. But how could I have left so open the topic of bringing a bull to the farm for breeding? 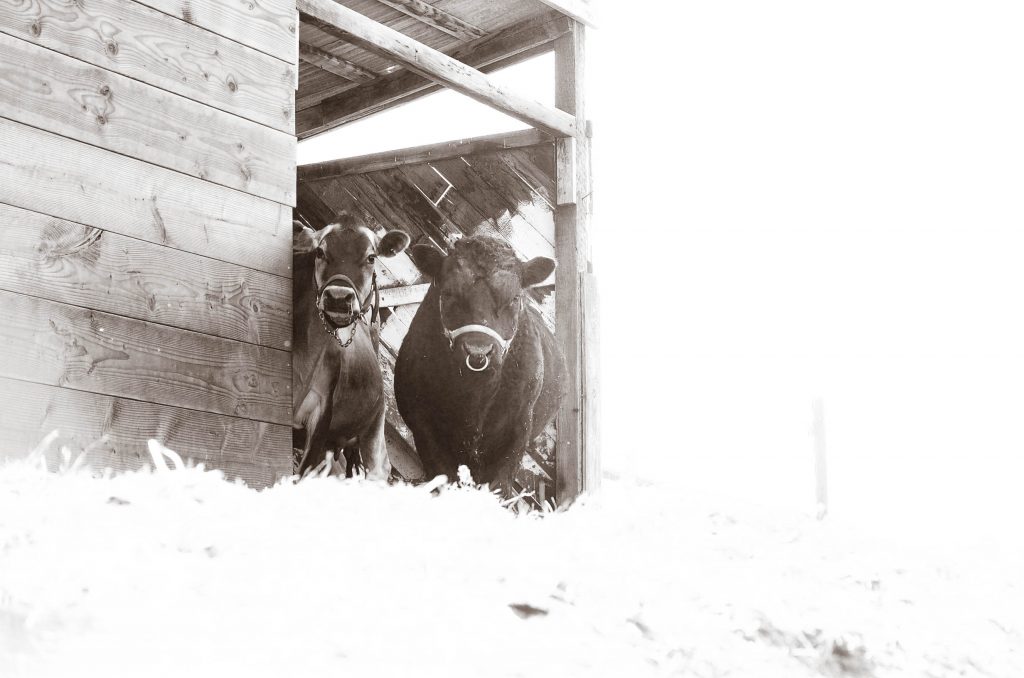 Hero joined the farm this past weekend. His owners drove him over from their farm, about fifty miles away. I must admit, after our experiences with a Jersey bull last summer I was very skeptical to keep another intact male on the farm of any species. Bringing a bull to the farm for breeding was on my “only try again if you've had too many shots of tequila and want to make bad life decisions” list. And yet when Steve led (yes, on a lead rope!) Hero out of the trailer and into the corral, I immediately felt much better.

Hero didn't chase him up a fence.

Or strike him at the knees with a low blow.

Or trample him to death in an attempt to get at his lady friend, Sally.

Instead, he led like a gentlemen – happily taking alfalfa treats from Steve's hand in the process. Animals, you see, are much like children – they must be bribed for good behavior. Kidding! At least about the animal part. Kidding again. I'd never do such a thing as bribe my children with treats. Ever. Especially these. Just so we're clear.

Hero is a Dexter bull – a wonderful dual purpose small breed. Hence his portly and stout nature. I use to date a guy in college who owned a bull named “Stoutness” – seems pretty fitting for ‘ol Hero as well. He's short and to the point but bulky as I'll get out. His head is roughly the size of a small Volkswagon and the ground shakes and trembles when he walks. Still. He's a pretty sweet guy.

Do I get in the pen with him? H-e-double-hockey-stick no. (I am six months pregnant, remember?)

Rather, milking (usually a lone event) is now a team effort. Stuart goes into the pen to manipulate Sally from her beau and lead her to the gate, where I stand ready to open and shut it quickly behind her. Hero is always just a few paces behind her and frankly, even shutting the gate freaks me out a bit. Thankfully, he's really been a good bull thus far – he hasn't attempted to kill me, which is always a bonus. And as luck would have it, it's a pretty good thing we're tag-teaming it now because since Hero has been here, Sally's milk production has gone even further up! She's now giving us 2.25 gallons per milking. Her udder is so full when she comes in for milking that it's physically straining to milk for the first few minutes and her milk is already let down and practically leaking out. My hands feel like I'm in some sort of ancient torture devise. I whimper. I cry. I beg Stuart to help me. And thus the dual-milking has been born.

Bulls, Hero included, must be respected. In a big, big way. I cannot stress this point enough. Flight paths are always planned out. Eye contact is always kept. Small, confined spaces are avoided. Heads are never scratched. The bull is never challenged, pressed, or manipulated. For the weeks that he's here, Hero is king and will be treated as such. I, for one, would like to see my 28th birthday next week.

Thankfully, Hero will have had about two weeks to get comfortable with us (ahem, Stuart) as his handlers before Sally comes into heat again. That's when the real trauma, I mean show, will begin. A cow in heat is enough to drive a hand milker crazy… but a cow in heat with a bull by her side? Fuh-get-about-it.

Thus far, besides the occasionally licking and spooning, Hero and Sal haven't been too “affectionate” if you get my drift. It's pretty amazing actually – they don't breed just for fun. Unless the cow is in heat (for that short 1-2 day window) there ain't no funky in funky town if you get my drift. No skirts flying. No bow-chicka-bow-bow.

Not until it's business time.

This is the first time that Sally will have been bred naturally. She's only know a straw in her day and I'm hoping that she'll take to the process naturally. Cows are laaaarge animals and frankly, it can get a bit awkward. And it's not that I WANT to watch them during that period… but it's pretty much a requirement to make sure the deed is getting done as need be.

I think I'll video tape it.

Stuart doesn't think I should.

In the name of homesteading and science, I think it makes total sense.

This is, after all, for information purposes.

Regardless of whether I post their romp on my YouTube channel, I hope you'll stick around to hear the update. Breeding should be late next week which means that we'll have another four weeks before we know if she's come into heat again and in need of another breeding cycle.

Never in my life did I think I would make my living blabbering about cow's business time and breeding cycles. Just for the record. And yet here we are.

Hero is the best thing we could have hoped for in breeding our lady. I'm thankful for the provision and for his… manhood. And am praying it works! 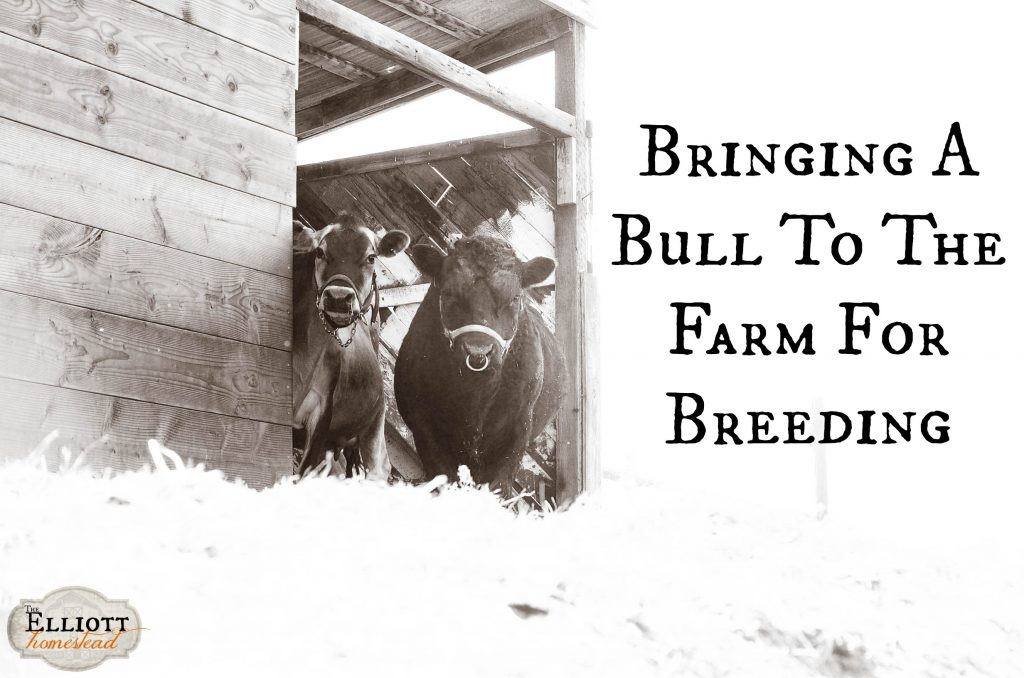 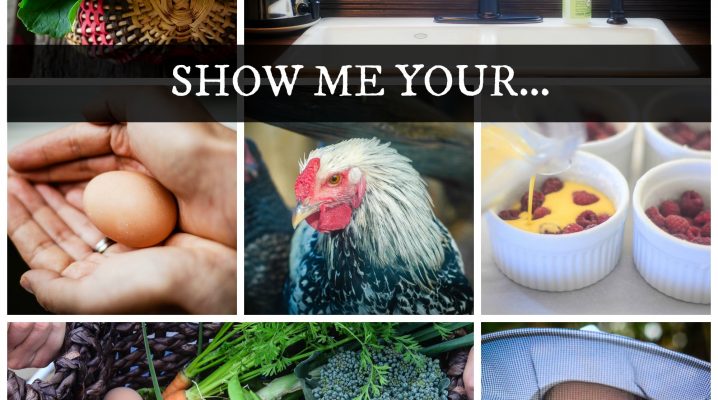 Photo Submission Contest: Show Me Your… 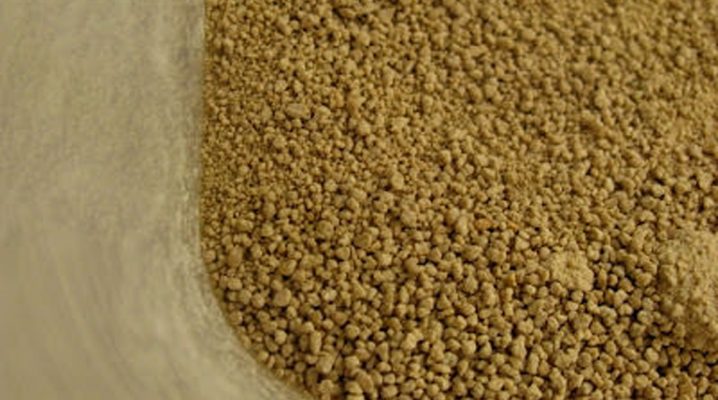 Usually, I find it far more fun to be “for” something than to be “against” something.  But in this case, I couldn’t help myself. I’m anti-white sugar. I know, I… 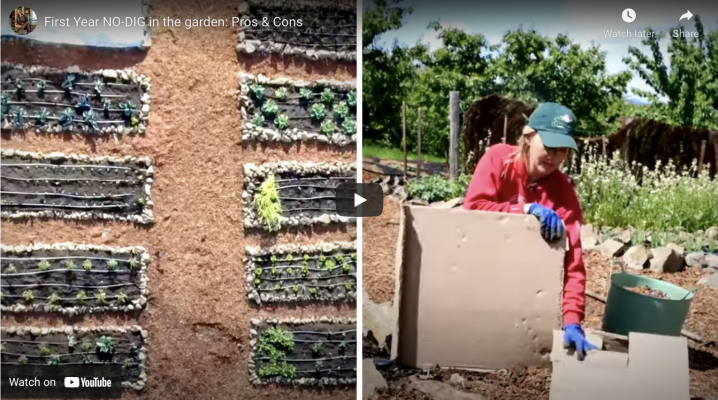 Pros and Cons of No-Dig Gardening

As the saying goes “If I had it to do over…”, well, here’s what I would’ve done different! Today we’re making a new compost area, finally planting the Yukon Gold…