Y'all, we've been busy over here learning proper ways for butchering a pig.

My head must be thick as a rock. Almost three months later, I realized that I have yet to post some super-awesome footage that I shot when the Farmstead Meatsmith came to visit our farm and taught us how to butcher pigs. 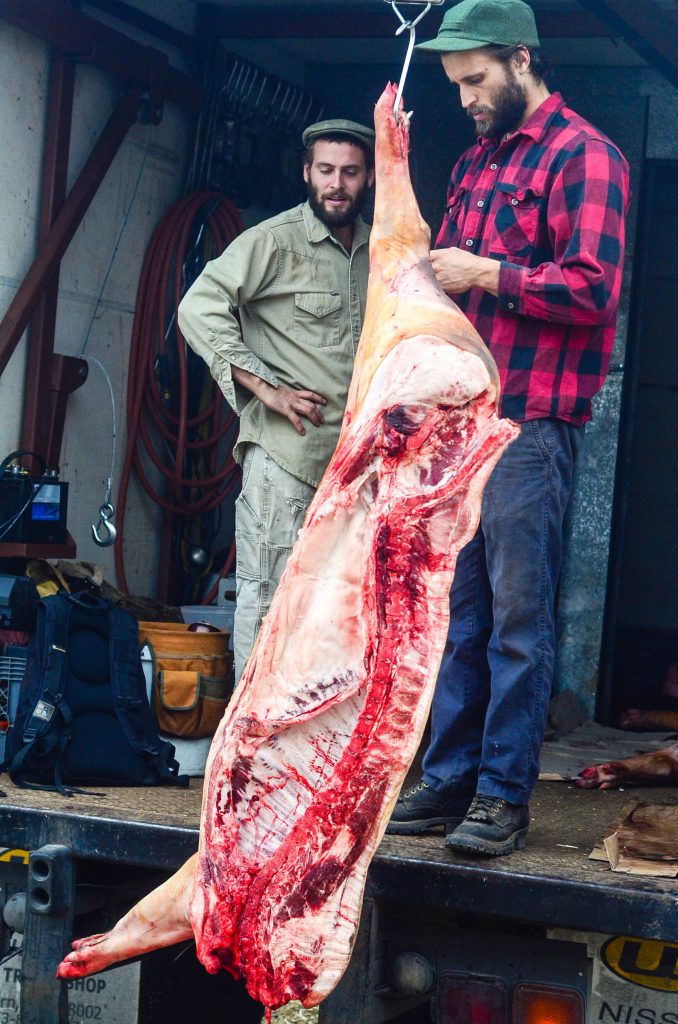 Dang it. All this time I've been holding out on you! Not because I don't love you. But because I'm a brain-fart.

Unfortunately, in that three months of brain-fart time, it's been easy for me to forget the exact layout of these clips and how they all pieced together. And naturally, in the bustle of the holidays, I didn't have the time to edit them into a masterpiece anyway. And thus, you'll be getting a 30+ minute video that's strewn together clips – if you listen, you can even hear my camera trying to focus in the darkness of the shop where we butchered the pigs.

You're welcome for this incredible cinematic feature on butchering a pig.

Regardless, it's still pretty fun! Watching back through the videos brought me all kinds of fun, fuzzy homesteader joy. It was the art of learning a new skill. The fun of trying to think about a common and familiar product in an entirely new way. The adventure of a task! 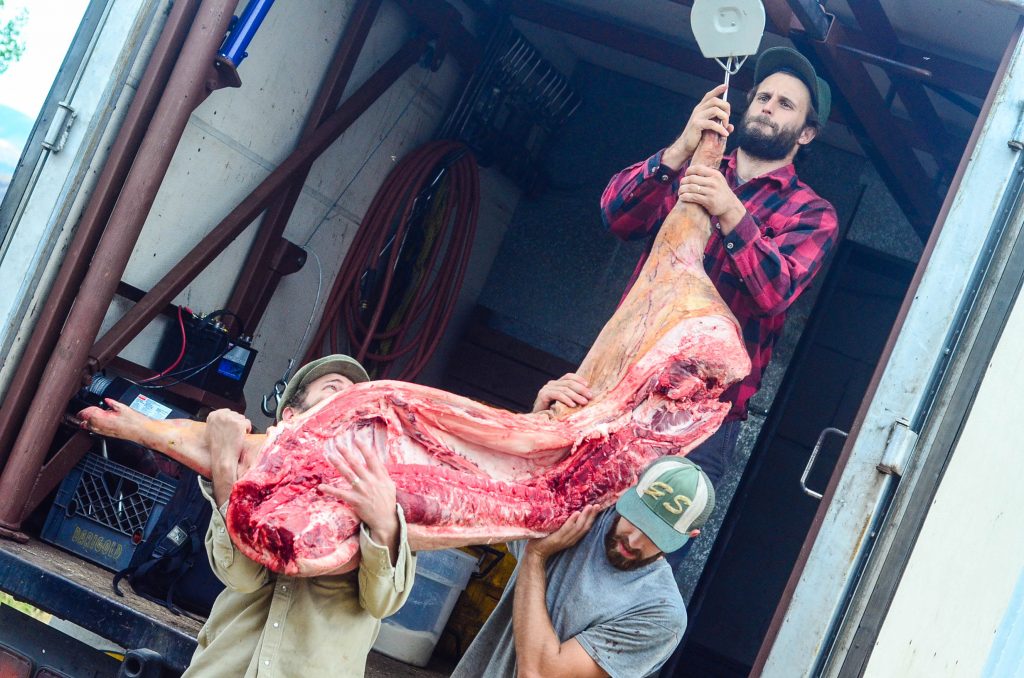 I love tasks. And I find a serious, sick pleasure in accomplishing them. Filling the freezer with these two ‘ol pigs was no exception. I can't wait to do it again in the Spring. In fact, I think we'll even add another one on for good measure. There are a few things I know for sure in life…. and one of them is that girlfriend always needs more pigs.

But we shan't be distracted with that delicious bacon. Back to the task at hand. 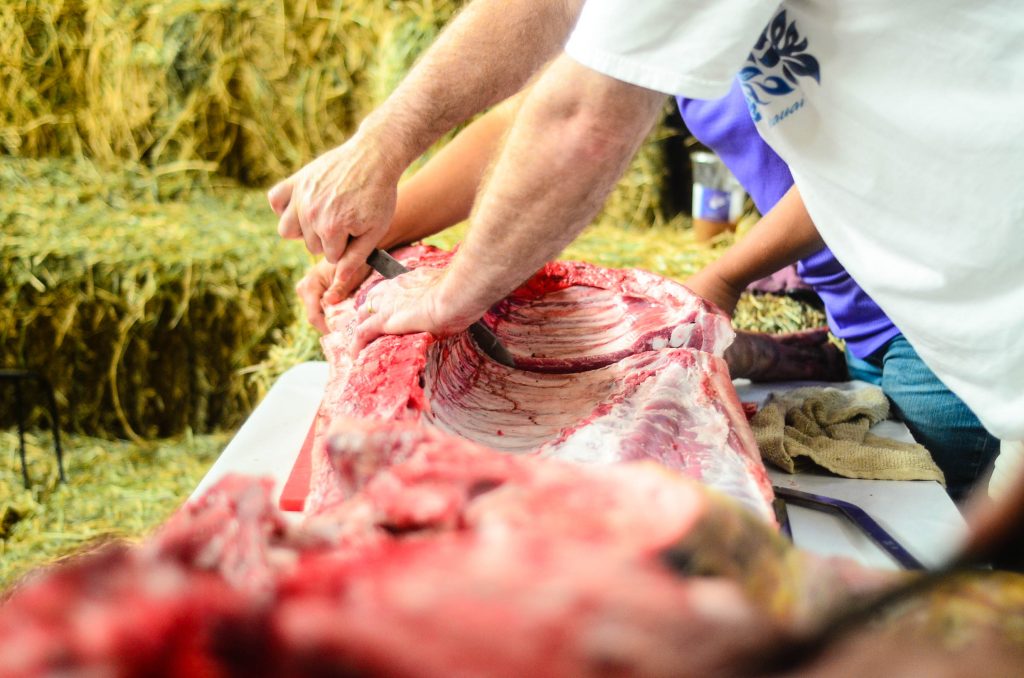 After the pigs were slaughtered and eviscerated, they were taken to the local flower shop where I used to work. The owner lovingly agreed to let me put the pig carcasses in her giant floral cooler, which reminds me, I need to take her some pork chops…

The coolness of the cooler helped the meat to stiffen up a bit which made the cutting the next day much easier. Had we butchered in November or December, which we're planning to do next year, we could have just hung the pigs in our cool shop instead and saved ourselves the trip.

Note to self: butcher later in the year when it's cool. Not only does this help with storage but it also helps with flies and yellow jackets! 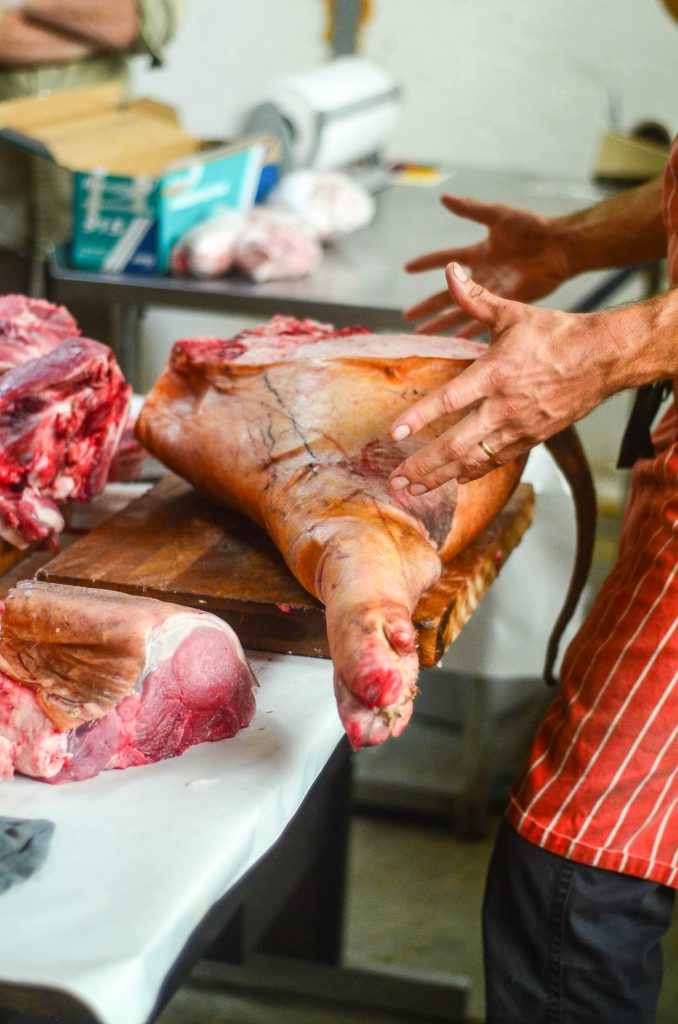 Once we got the pigs set up on tables in the shop the next morning, we all stood back (there was about 6 of us at the class) to watch Brandon and learn his ways. Man. What a talent that guy has. 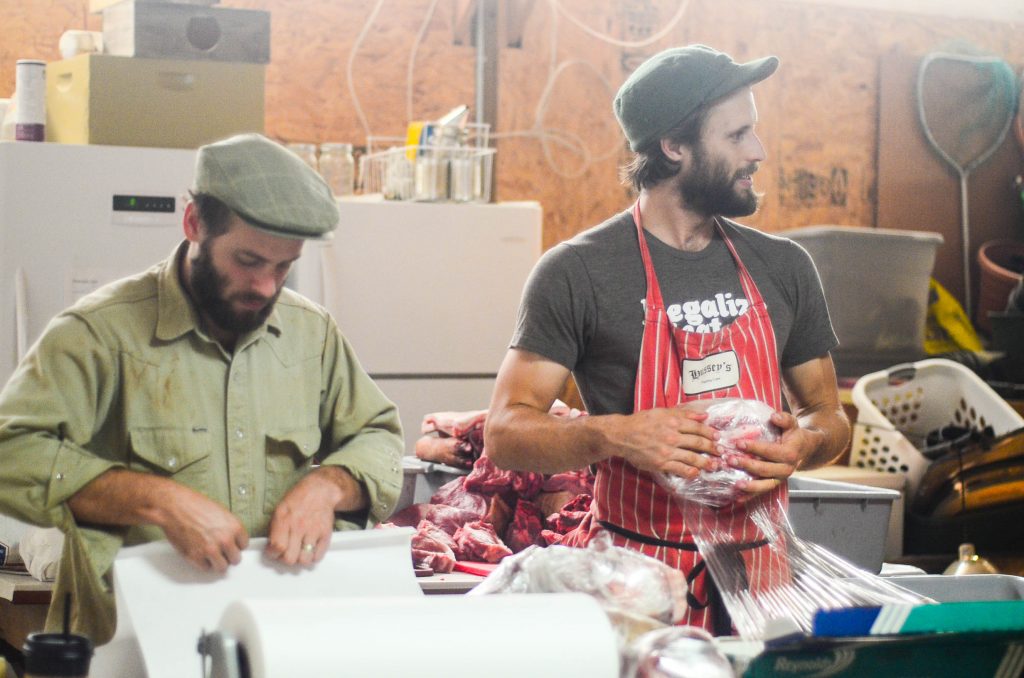 The finesse and care he took for the pig butchering was incredible. His knives gently slipped through the muscle and fat like butter. Where I just saw giant muscle groups, Brandon saw grooves and crevasses and natural curvature for cuts. His entire style was devoted to honoring the pig for being that particular pig – each chop was hand cut to the actual size of the bone spaces. The loin was gently removed by a pair of well-trained hands. The back fat was also separated by hand, in one giant, delicious, white pieces of lard. 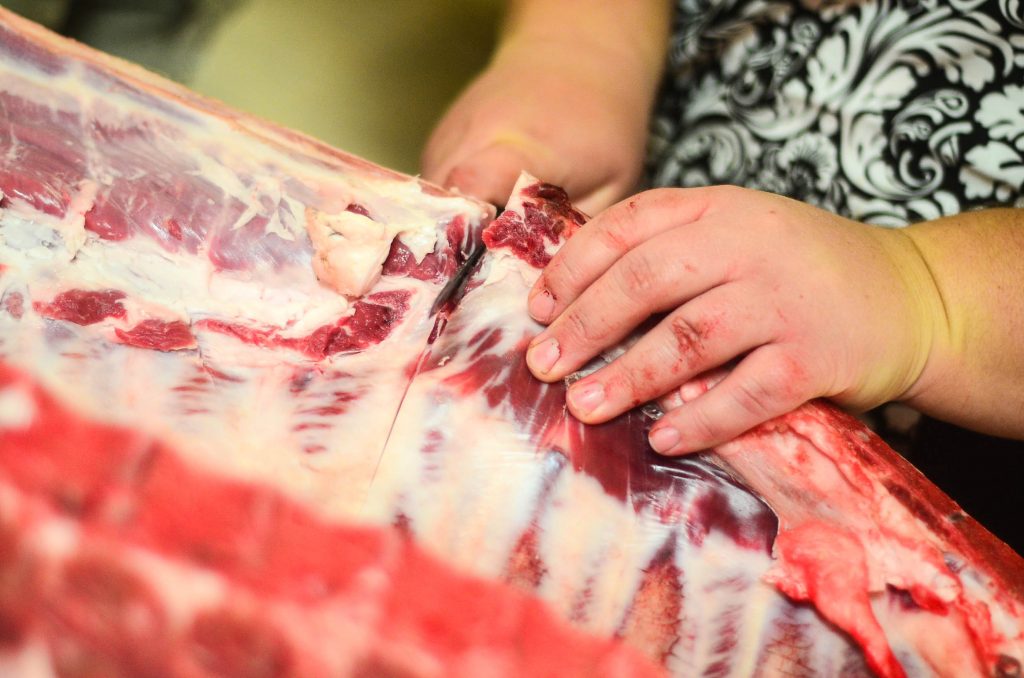 Nothing was standardized. Everything was completely customized based on our beautiful pigs. It was beautiful and honoring to watch.

Literally, not one scrap went to waste. Not. A. Single. Scrap. 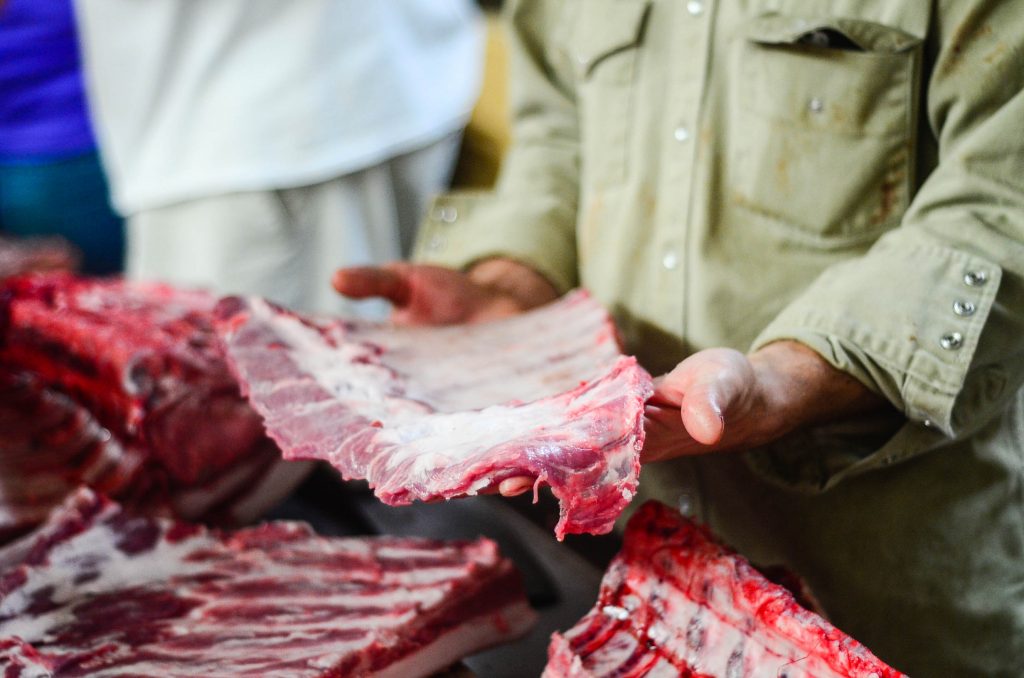 The little bits and pieces that were trimmed off went into our pork rillette. Anything with blood on it from the killing process went to Toby (our dog who is on a natural foods based diet). Even the head was utilized in the form of headcheese (the scraps of which went to the laying hens).

It was an entirely, full-circle approach to butchering a pig. And it was fantastic.

Thanks to some of Brandon's online resources (the ‘How To Kill A Pig Nicely' DVD and ‘The Butcher's Salt' book in particular) we will be able to harvest our own pigs next year. And though I'm sure we'll fumble through in a much less elegant way than Brandon did, it'll still be worth it to invest the time into learning. Like so many of our farm tasks, it's a skill that must be learn by time invested. 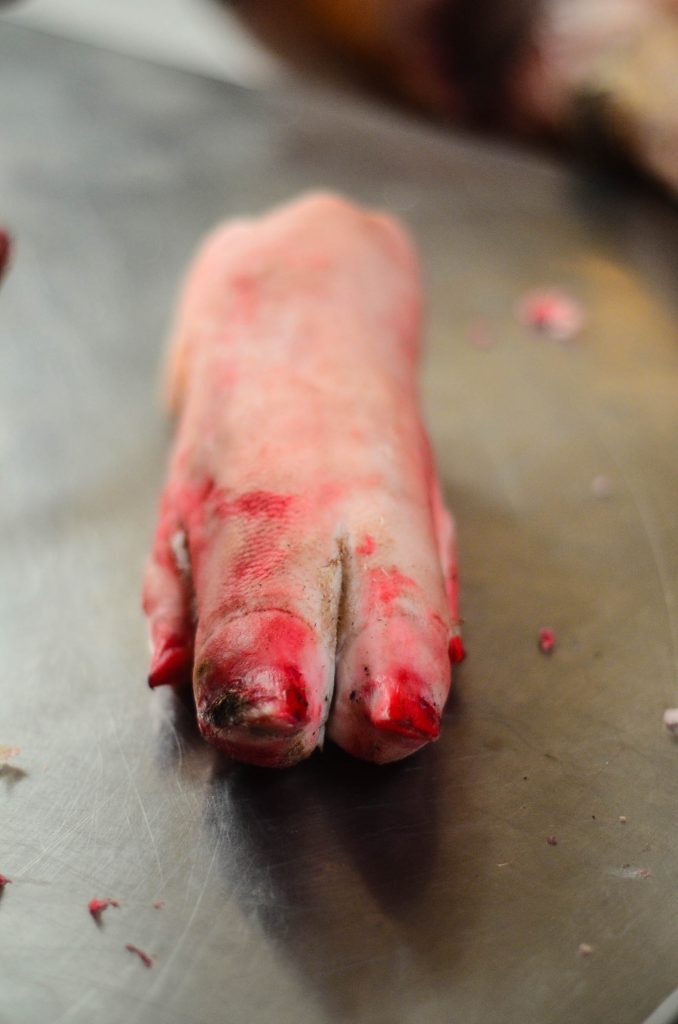 Dare I say (and I may eat my words and completely deny that I ever said such a thing), I think we'll always have pigs on the farm. In fact, I'm trying to convince Stu that we need to raise our own heritage pigs. They are such an incredible resource – besides the intestines, not a scrap was wasted. 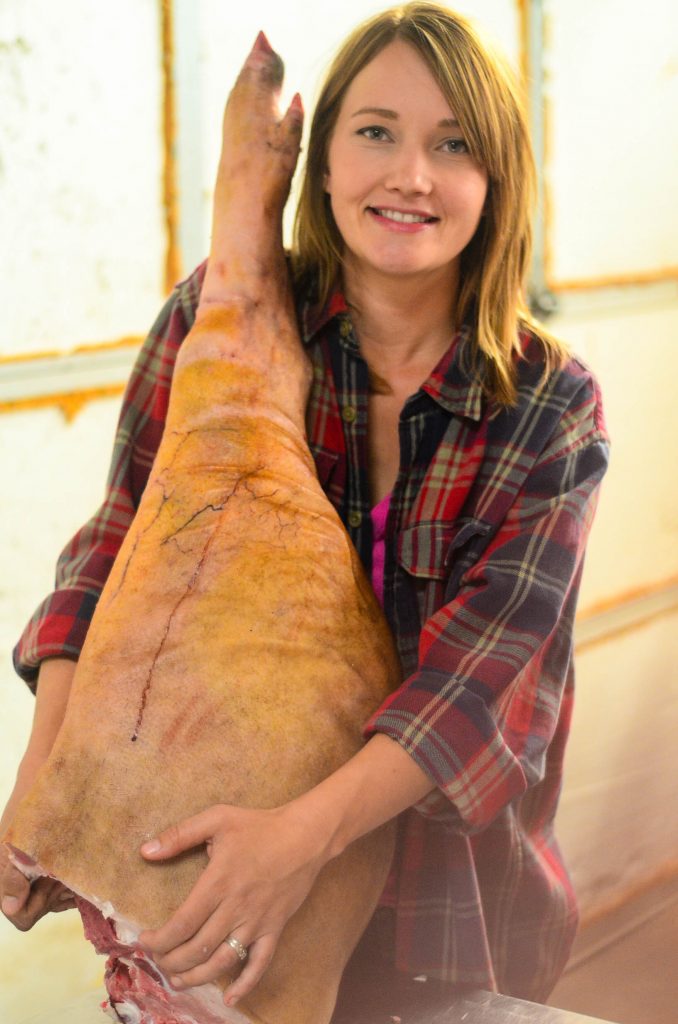 The backfat has been rendered down to lard and utilized for cooking in a thousand ways. The heart was sauteed in butter, fresh from the day of the butchering, for supper – so good! The kidneys, lungs, and liver went to the dog. A few extra scraps and bits to the chickens.

And while they were alive, the pigs ate every single scrap of food from our kitchen. This included leftovers, fruit peelings, soured milk, garden scraps, rotten vegetables, and more. They were my garbage disposal. And they turned it into bacon.

On top of that, even with being fed super-high-quality, organic, local, non-GMO feed, grain, the price per pound equated out to less than $2/lb.

Money can't buy pork that delicious. That has been cared for, loved on, killed humanely, and harvested with care. 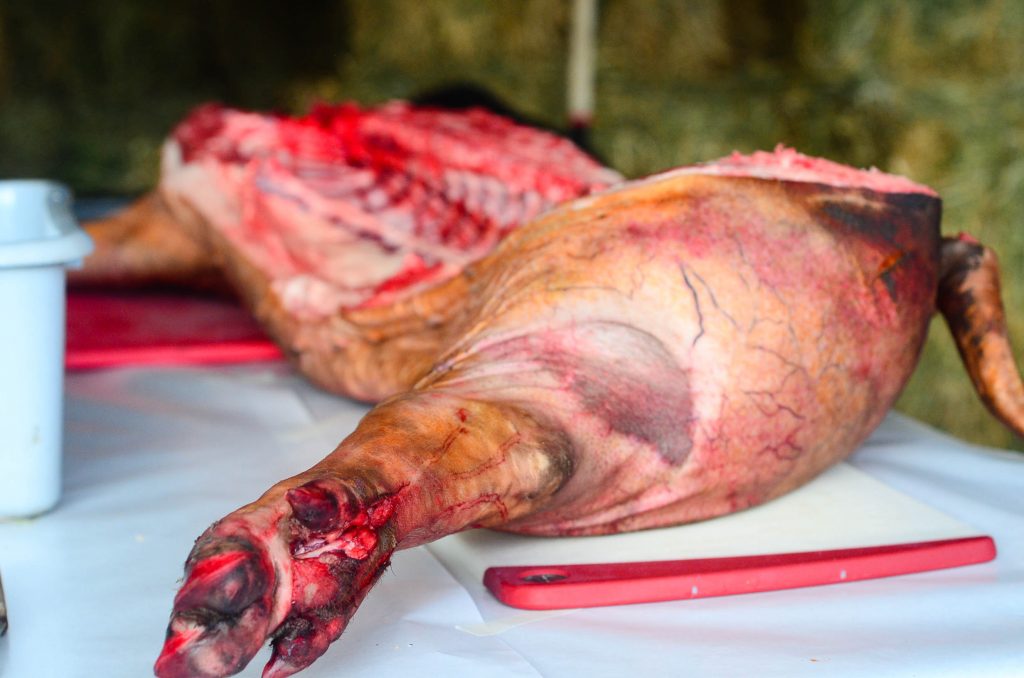 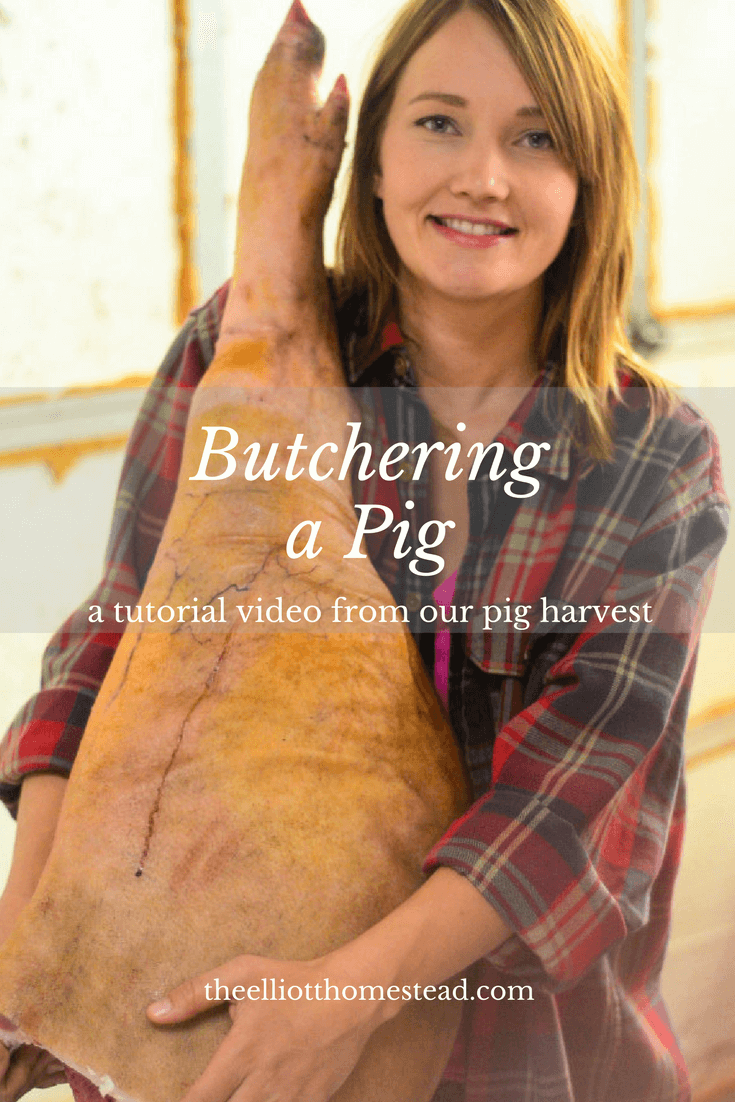 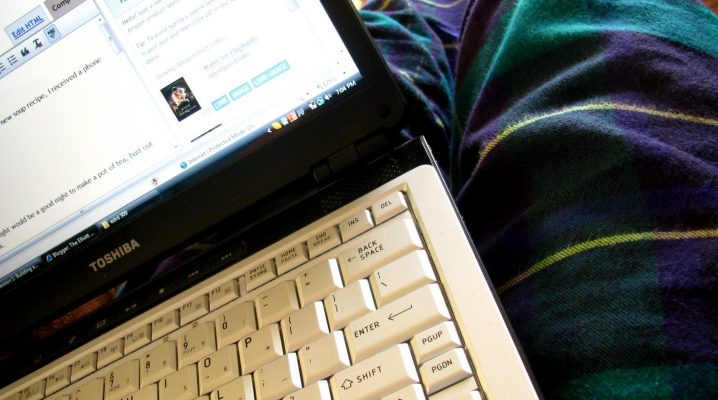 I ran into a dilemma. You see, as I sat down to type this amazingly wonderful post on a delicious new soup recipe, I received a phone call. From my hunny-bunny…. 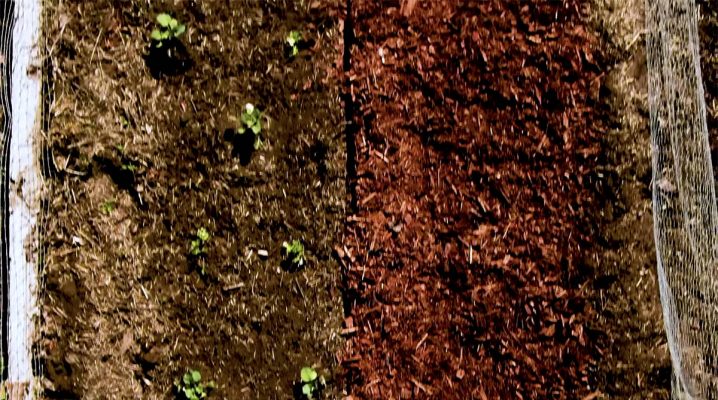 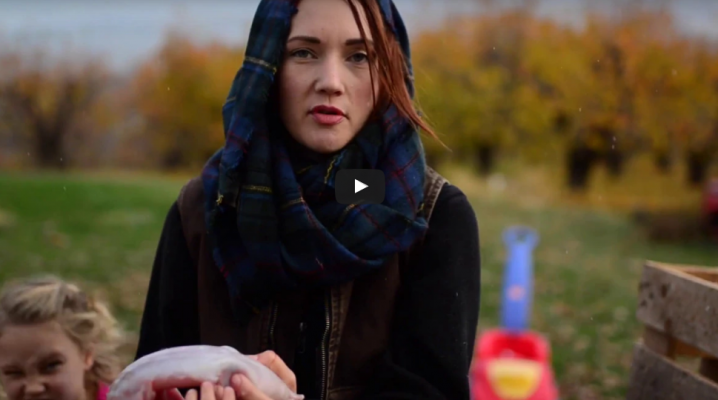 How to Butcher a Rabbit (and which breed we raise!)

We are having fun making videos here at The Elliott Homestead. This latest video shows how to butcher a rabbit. Plus, we talk a bit about which rabbit breed we have…