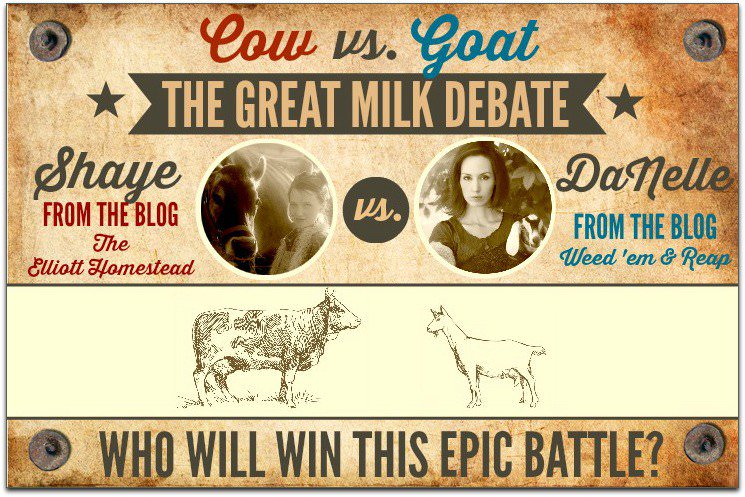 1. Why do you want a milk animal in the first place?

“Because milk of course! Just about every milk in the grocery store comes from animals raised in unnatural environments aka poop n’ stuff. On top of that, store bought milk is pasteurized aka heated until hot as lava. I wanted to provide milk for my family in it’s real form. Organic, grass-fed, & raw. I also wanted my animals to enjoy life in a large pasture, nibble on green grass, and jump on the trampoline. Well, I didn’t actually plan on my goats jumping on the trampoline, that’s just an added bonus.”

“Raw milk is expensive, no doubt. And I wanted some – and a lot of it – in a bad way. So in order to get my hands on that liquid gold I knew that I’d need to acquire the coolest animal God had ever created and train for the marathon ahead – a marathon of hand milking. I’m no sissy. My hands can grip a teat with the best of ‘em. I wanted a milk animal so that I could be cool, like all the other farmers I idolized. All the super cool people have milk animals, don’t they? Brat Pitt. Christopher Walken. Celine Dion.

I settled on a cow because , quite simply, they’re better. They’re easy to keep, less prone to eating like a garbage disposal and getting sick from it, and cows stay in the fence much easier than a goat which makes fencing a breeze.

Around here, we refer to goats as ‘coyote bait’ because that’s about all they are.”

“My milking philosophy is that goats are SO much easier to own and milk than you’d imagine. Everybody, and I mean everybody, should own a family goat or two to provide fresh milk for their families.”

3. Can you explain in detail what your typical training for milking looks like?

Sure. I start out by getting pregnant. Twice. Then, I raise my children until they are about 8 years old, and train them to milk. At sunrise and sunset for the next 3 months, there will be tears, whining, and complaining. And the kids will be pretty upset, too. Once their little hands can milk one goat by themselves, it’s smooth sailing from there.

In order to train for milking, I recommend a strict, highly specialized military boot camp. And lots of those squishy, sand-filled, stress-reducing hand things. After mastering martial arts and close combat tactile functions, I recommend at least seventy three push-ups and lunges per day. And at least 90 minutes of crab walking.

4. And how about the milking session? What does that look like?

“It’s hard. Really hard. Sometimes I can’t get my straw to stay in my lemonade and sometimes there’s too much shade. Oh you were talking about the actual milking part. Well, I’m not sure, the kids take care of that. With smiles on their faces, they bring each goat gently on the stand and milk while telling me all the reasons why I’m the best Mom.”

“I get up in the morning, do a few intense yoga poses, slap my cheeks with cold water, and chug a few raw egg yolks with a shot of whiskey. I then run down to the barn with two buckets, backwards and blindfolded, before tying up my cow for milking. I spit polish her udder before beginning. I then hold a 23 minute squat, without the use of a milking stool, the entire time I milk. I usually practice my perfect alto version of pop songs while I’m milking, which always sounds fantastic.”

5. What experience do you have with the rival animal? Any?

“Oh, you mean that horrible monstrosity also known as a cow? One time I entertained the thought of purchasing one and visited a farm to milk one. Other than the fact that it almost trampled my children, threw me into a fence, almost stepped on my hand while milking, and smacked me in the eye with it’s tail, it was okay. When I say “okay”, I mean “the worst experience of my life”.”

“Bad ones. My parents had a goat – not a milk goat, but a goat none-the-less, and it was the most horrible animal I ever encountered. Not only did it attack me when I was seven months pregnant (true story), knock me to the ground, and stamp my back with those freaky goat hooves but then he had the audacity to rip the flowers from my hand, the thorns gouging their way into my flesh, tearing as they left, and drawing a small hugely massive amount of blood.

Goats freak me out. They only have two teats. That’s just weird. How can you trust an animal with two teats? There’s only two of them. Weeeeeiiiirrddd. Based on my calculations, I’d say that makes them half the animal that a cow is. Because cows have four. Which makes them twice the animal that a goat is.

I’m sure the goats are fun to look at, if people are into that sort of weirdness, at a petting zoo or something… but…. eww.”

6. Tell me, what do you think of people who drink the rival animals milk? Do you trust them?

“These people, these wayward cow milk drinkers, we pity them. If I could, I would take every cow milk drinker into my home and say, “There, there. Don’t cry. You don’t have to drink cow’s milk forever.” and then I’d take them in my backyard and show them the most beautiful sight they’ve ever seen. A goat.”

“Goat milk? Oh come on now. How is there even a comparison. If you want to drink cheese juice than just throw a chunk in your blender with some water. There’s a reason that cow’s milk is so popular – it’s the best. It’s the creamiest. It’s mellow. It’s everything you could possibly want in a cup of milk. And the cream line? Fuh-get-about-it.

What’s that? Goat’s milk doesn’t have a cream line?

Just another reason not to trust those animals. And it’s hard to trust people that would choose such madness.

By the way, have you ever smelt an intact male goat? Even if they only have to come around once a year to breed the does, it’s still a terrible idea to have them around at any point in time. It’s like smelling a sewage treatment facility in the hot desert sun. Bulls (the males that breed cows) don’t smell back at all. So that’s somethin’.”

7. What's your opinion of multi-species-milkers? Is there a place for them in this battle?

“I’m definitely partial to sheep-milkers, because for about 3 months, I milked one of my sheep. She was a naughty ol’ thing, but the milk was divine. I trust sheep milkers. They are my peeps.”

“I think I trust multi-species-milkers more than just a goat milker. After all, it seems as if they’re moving in the right direction. Taking a step into the light – the light of cow milking.

They are probably hanging onto the goat milk so they have something to wash their feet or dirty clothes in. The cow milk, naturally, is for drinking and offer as a sacrifice to the Dairy Gods.

8. Describe the taste of your animal's milk. And your competitor's milk?

“Imagine you are lying on a cool, shaded bed of grass. You smell the orange blossoms in the air. You drink from a fresh spring. You walk through a field of lilies and feel the warm sun on your face. That’s about as close as I can get to describing the taste of fresh goat’s milk. It’s clean, it’s sweet, and it’s heavenly.”

The whole, “goat’s milk tastes like a buck” is SO NOT TRUE. Trust me, my friend.

Now imagine you are in the same place. Except it’s raining, and there’s mud. And the only place to drink is a stagnant pond. And now imagine fresh cow’s milk. With enough manure in it to make an 8-inch cow pie. Nuff’ said.

9. Give me three convincing points as to why your animal's milk is better than your competitors.

1) Digestibilty. Cow’s milk digests in about 3 hours. Goat’s milk? 30 minutes. Goat’s milk has smaller molecules and has been proven to help those with asthma & allergies. Also, infants can digest goat’s milk better than cow’s milk. The lack of sufficient B vitamins can be remedied with a bit of liver or egg yolk in the diet.

3) Two teats. Two blessed teats. Could anything be more wonderful? I don’t know about you, but I only got two hands in which two teats fit perfectly. It’s an easy 5-10 minute milking with those things.

1) Not to get all technical, but cow’s milk is higher in Vitamins B12 and B6 AND in folic acid – this makes it the perfect base for a homemade baby formula. Sure, it’s slightly higher in lactose than goat’s milk but a) who cares and b) that’s easily changed via fermentation for those who are lactose sensitive or intolerant.

3) You get so much more of it! Which helps to keep the price at a point where more people can afford it. Even the small family cow can give anywhere from 2-4 gallons a day whereas a goat gives… well, a lot less than that. Because of the quantity difference, goat milk is predominately more expensive and less available on the market than cow’s milk. Accessibility. Lower price. WHAM BAM. And because the family cow is able to give so much milk, it’s able to be utilized to feed other animals on the farm. Pigs. Chickens. Dogs. Cats. You name it. And the amount that you get frees you up to try lots of new milk recipes – butter, ghee, various soft and hard cheeses, ice cream, etc. There is no end to it’s awesomeness.

“Absolutely. If I had a cow, I wouldn’t be able to trust a cow around my kids. Heck, I don’t know if I could trust it around me! I’m not a big girl and one cow could do some serious damage if it wanted to. Smaller is better. Goats are more manageable and more affordable.

Goats can give anywhere from 1/2 gallon to 1 gallon a day. I think 7 gallons a week is plenty for a family. With a few goats, we sure get plenty of milk with our small animals. Yes, size definitely matters.”

“Yes. It does. I mean, who are we kidding here? Many people are intimidated by the size of a dairy cow – and rightfully so – they’re large! But with that largeness comes a respect for the animal and an unparalleled appreciation for animal husbandry and life with such a creature.

Cows also have really cute tails. Irrelevant, but I just thought you should know.” 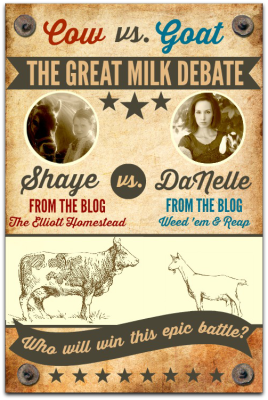 My “refreshing home” project is still in full swing, even if “full swing” means baby steps.This past week, I totally splurged on new throw pillows which I’ve wanted for approximately… 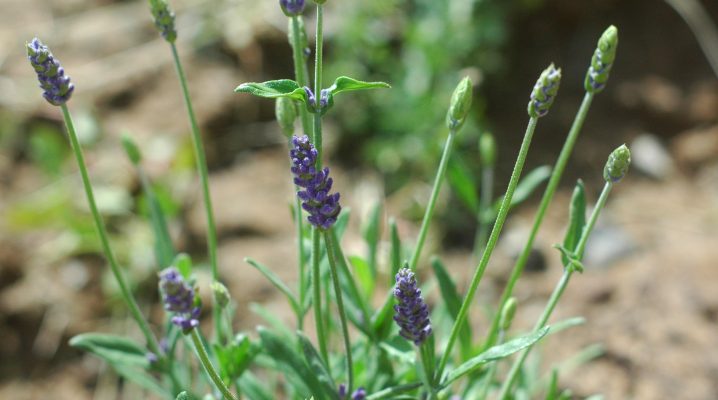 We don’t need any more.

Mankind is sinful. And if you doubt that statement, you can easily look around at the world to see how crooked and wretched our human hearts can be. No doubt,… 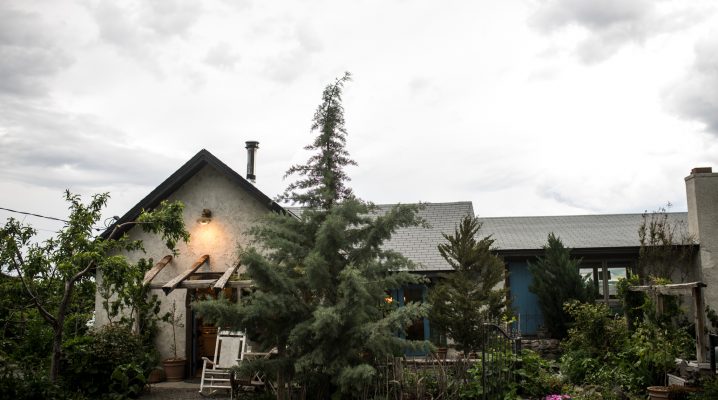